Driving from Yreka, CA to the Seven Feathers Casino, in Canyonville, OR, we were passed by an interesting looking bus. By the time I realized that I wanted to know what it was and get a picture of it, it was quite far ahead of us. Due to the traffic, it became a real problem to catch up. When we had to pull off to refill our diesel, we figured we’d lost our chance, but they must have pulled off too, as about 30 minutes later they went roaring past us again. This time we managed to pull up alongside and I tried to get the best photos I could from the truck, before they roared off again and left us in their dust. 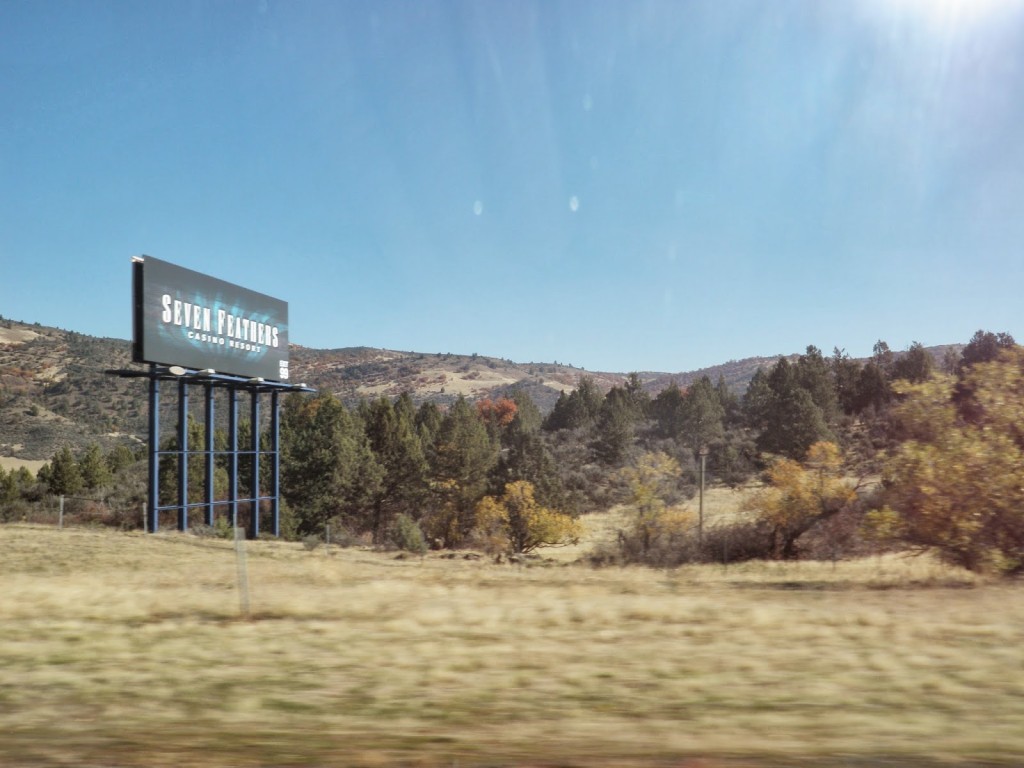 We arrived at the Seven Feathers Casino about an hour later, and couldn’t believe it. About five parking spaces over from my parents, there was the bus we’d been chasing all that time!

The pictures I’d taken from the truck had been a mess, so I took this one instead. The band, Camilo y sus Cazadores doesn’t have much of a web presence. They were playing in the casino when we went up there later. 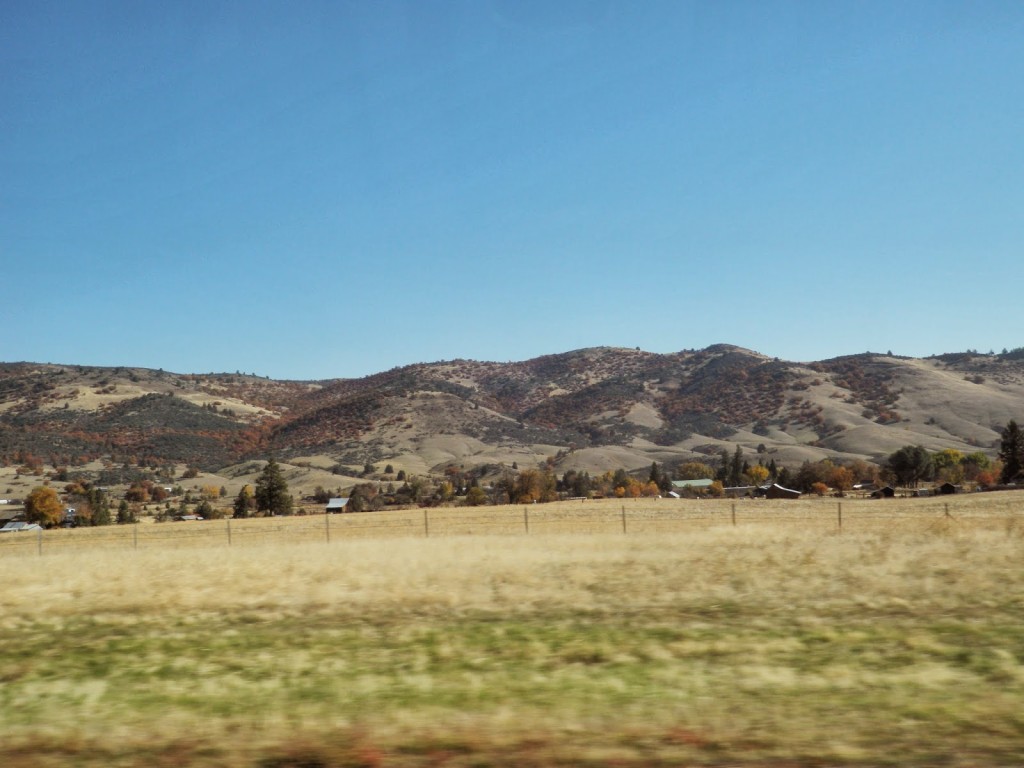 It was like a bucket of water in the face to realize we were back in the land of having to pay for our drinks. It takes all the fun out of it when you not only have to lose your money but pay for your own wine. I understand it’s a State law, but you’d think if they have to charge, they’d maybe charge less than $5 per glass …. see how I’ve been spoiled already? Getting a glass of wine for $5 in Canada is a big whoop-dee-doo. Paying that much for wine in a casino in Oregon gets on my nerves.

This is the end