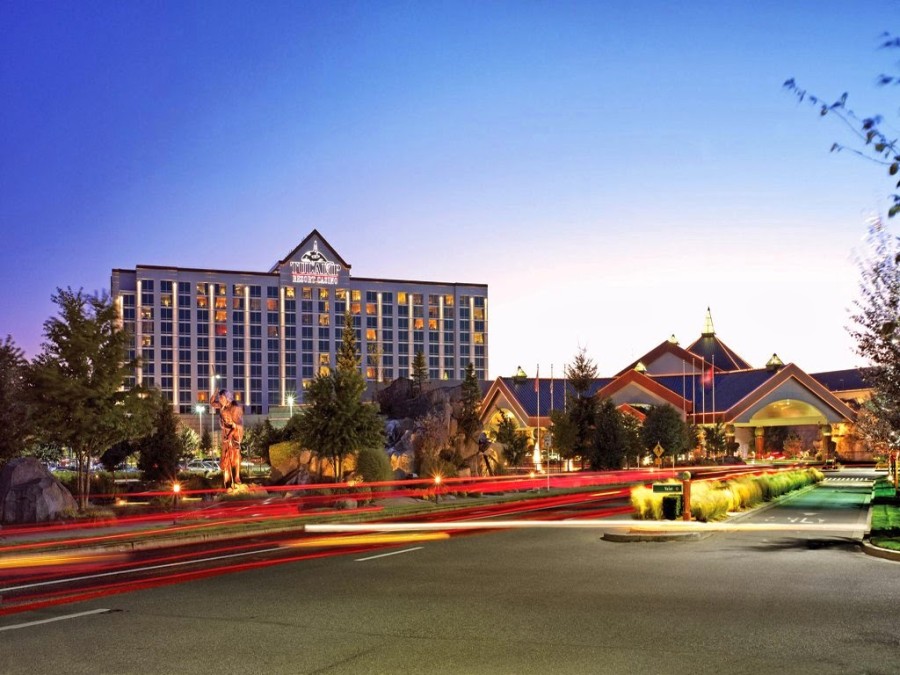 This is the end

Another day of riving took us up the Chehalis, Wa Walmart, where we encountered the cold again, then the next day we drove to Tulalip, Wa. At this point we could have just continued home, but we wanted to check out the casino and do some shopping before heading back across the border.

The casino parking at Tulalip is a good size and there are a lot of people who use it. The weather was sunny but cool. It was kind of nice to put on our warm clothes again. Just so long as a jacket was still unnecessary.

With Walmart, Costco, Ross, and a big outlet mall close by, and a Trader Joe’s 15 minutes away in Everett, it’s the perfect place to make a last stop before going home. We dropped off the trailer and while Harold worked, I went off shopping.

That evening we joined my parents at the Olive Garden and all ordered the two meal special. Usually, I just stick to the soup, salad and bread-sticks, but for just a little more, you get one pasta, and they package up a second for you to take home. We couldn’t resist such a deal!

The Tulalip casino is very big and quite beautiful, with a sexy darkness illuminated by subdued lights in an underwater decor. It’s surprisingly smoky for such a large-scale casino, and I’m rather sick and tired of my clothes smelling like smoke. Next trip I’m going to designate one set of clothes as my casino clothes and store them in a bag until we do the washing again. We scoured the entire casino and found exactly four video poker machines, way in the back. They were 25 cent machines and we prefer playing the 5 cent machines so we can play 5 coins, which gets you the highest winnings. If you play 5 quarters, $20 goes down too quick.

There wasn’t much of a chance to get a drink. No servers were to be seen anywhere. I’m sure it wouldn’t have been free anyway. We plunked our money in, selected to bet 1 coin and started to play. My first game, I got a great hand and won $40, so I cashed out immediately and sat there trying to figure out how I could have won so much on a 25 cent bet. On my right, Harold suddenly stopped playing, and said out loud, “Where’s my money gone? I only played 4 hands!” It was then we both clued in. The machine said you could play only 1 coin but didn’t allow it. We’d been betting 20 coins — $5 per hand! So half my win was cancelled out by his loss, but we were still up $20. Time to make a hasty retreat.

RVillage.com – Great for RVers, tough on the OCD


Warning: Use of undefined constant comment - assumed 'comment' (this will throw an Error in a future version of PHP) in /home/hwired/public_html/thisawayz.com/wp-content/themes/lovecraft/comments.php on line 15
4 Comments