Years ago I rented the dvd of Citizen Kane. On all the greatest movies lists, I had planned to see it for years. I really enjoyed the movie, but even better was what was on the second dvd. It was a documentary about Orsen Welles, called “The Battle Over Citizen Kane” which showed how making this movie, an obvious mockery of William Randolph Hearst, had been his downfall. 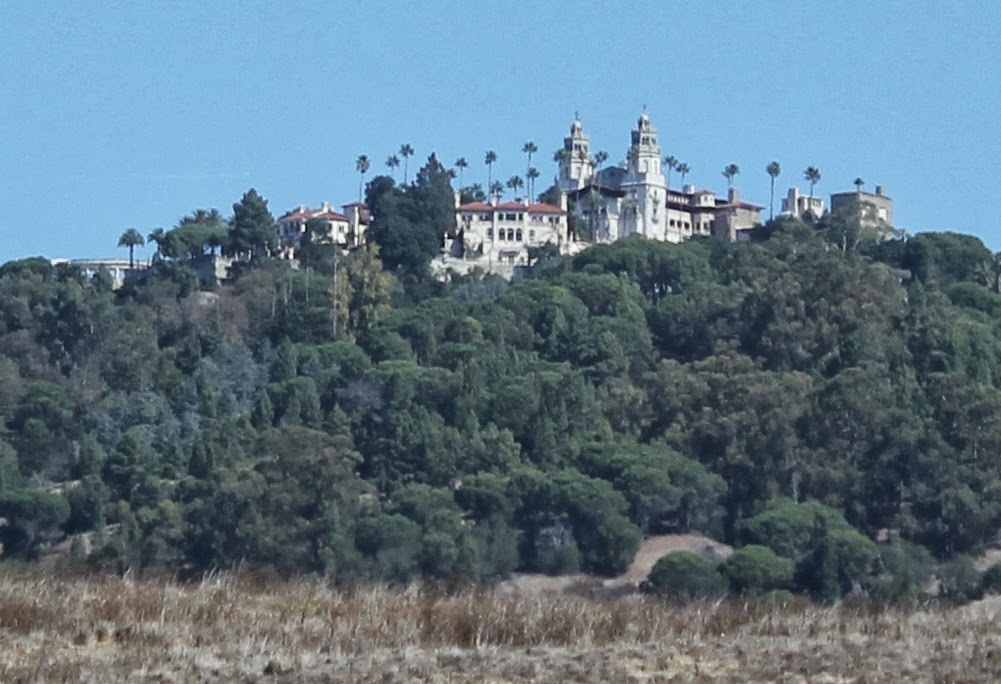 Hearst was, by all accounts, a nasty man who used his newspapers and political power to ruin those he disagreed with. During the McCarthy era, he branded others as communists, leading to their ruin. The character in the film, Charles Foster Kane, was also a newspaper baron who misused his power to ruin others.  He ends up dying alone, at his palatial private estate on a mountaintop. The fictional estate was based on the real home of Hearst’s, Hearst Castle, which sits high up on a mountaintop looking out over the California coast at San Simeon. 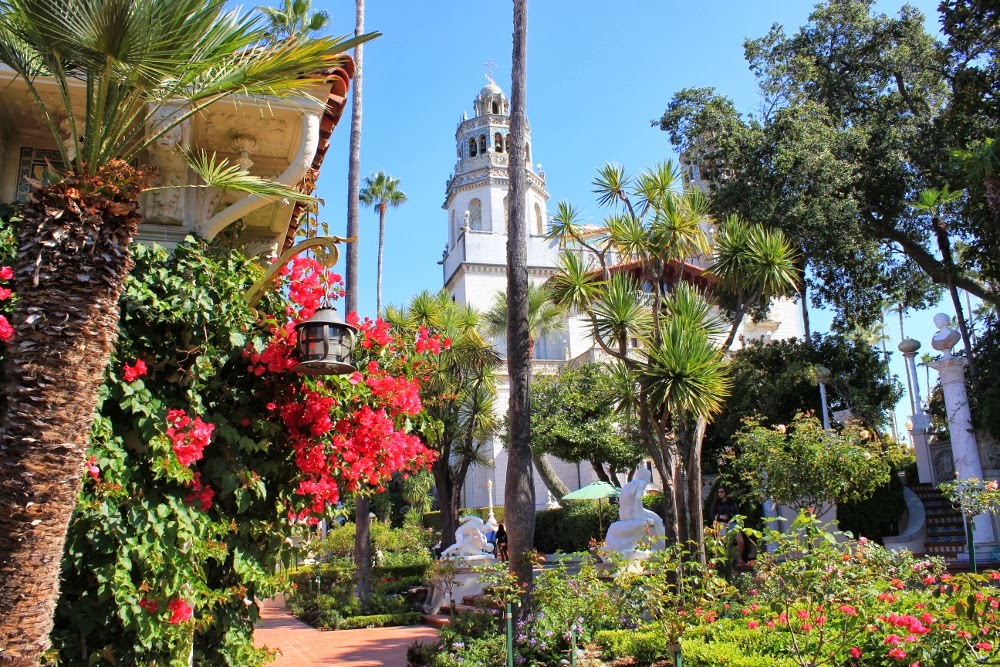 So incensed about Citizen Kane, Hearst tried to get a studio chief to buy the original film and burn it, and applied pressure to make sure it didn’t win the Oscar for best picture. He banned his papers from reviewing or even mentioning the film, and tarred Welles as a communist and coward, unwilling to fight for his country. Theatre chains refused to show the movie, and both Welles and Citizen Kane were booed at the 1942 Academy Awards. Once the darling of stage and screen, Welles’ career was never able to rebound after this. 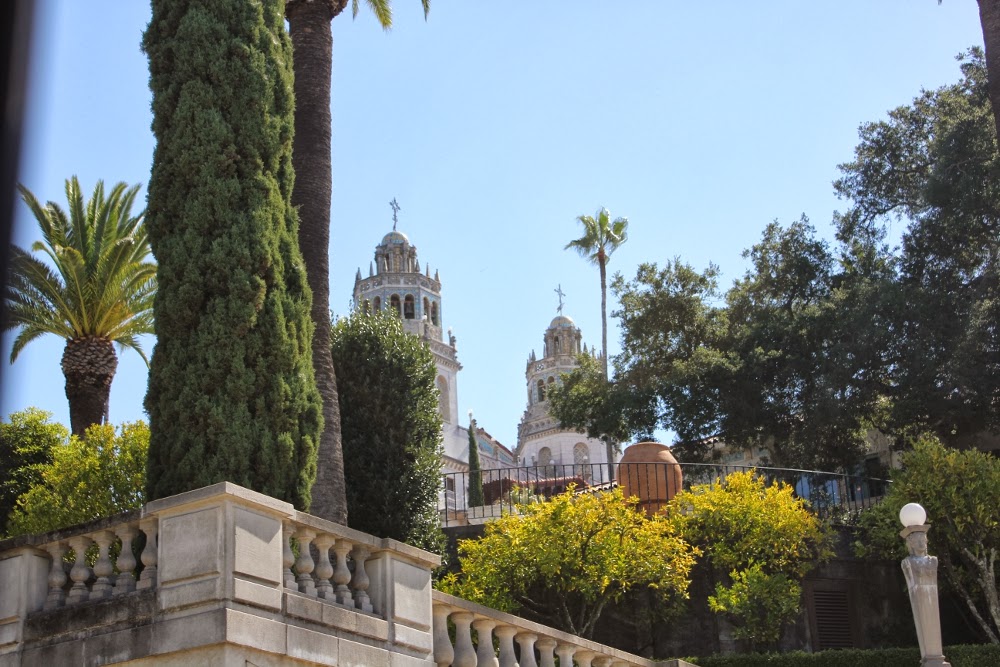 In March 2012, Hearst’s surviving family allowed Citizen Kane to be shown at Hearst Castle for the first time ever. They were careful to make it known, they did not consider the film to be an accurate portrayal of their Grandfather. Welles himself wrote a press release in 1975, pointing out the glaring differences between the film, and reality. 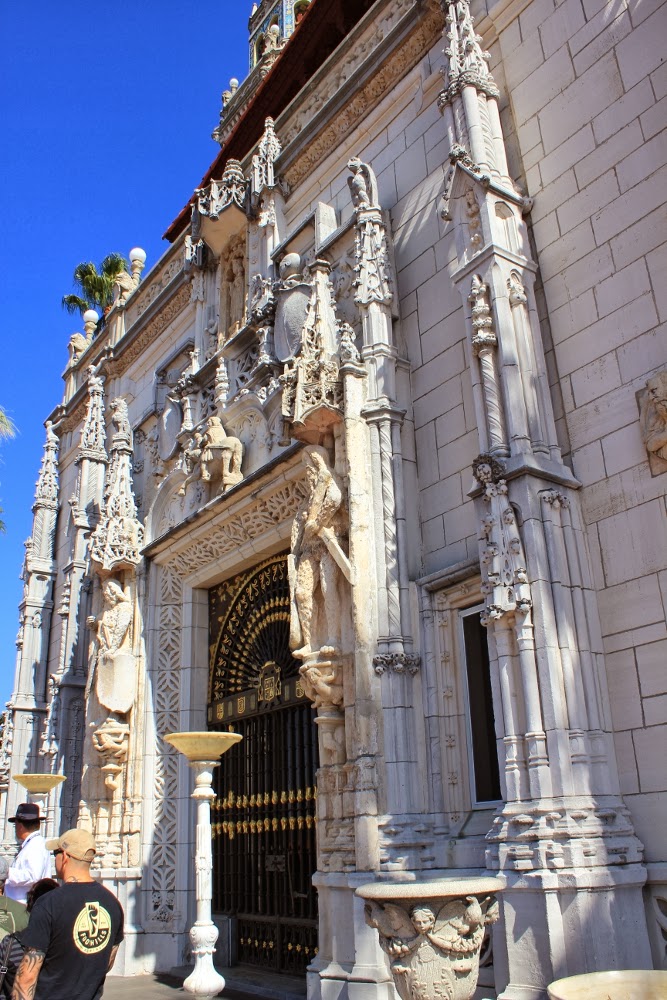 I’ve been to Hearst Castle before, but it is still as breathtaking as ever. We parked and bought our tickets at the bottom of the hill, then went into the theatre to watch a documentary on Hearst’s life. This one was complimentary to Hearst about how he came to build the castle, high up in the hills of the 250,000 acres he inherited in 1919 from his father. 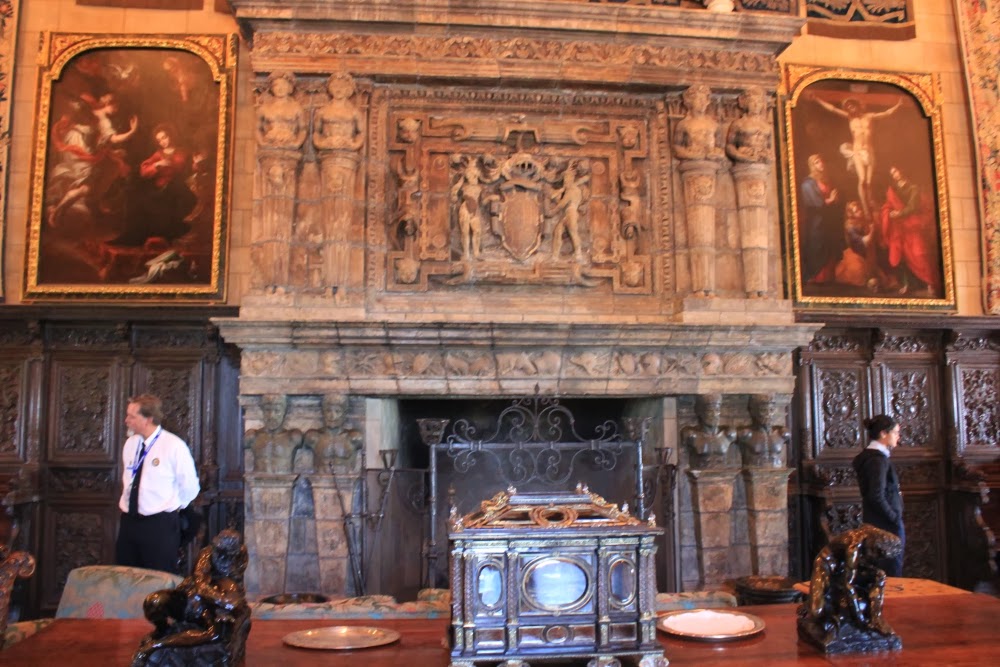 It took them years, but by 1947, Hearst and Julia Morgan, an architect from San Francisco, had created an estate of 165 rooms and 127 acres of gardens, terraces, pools and walkways. 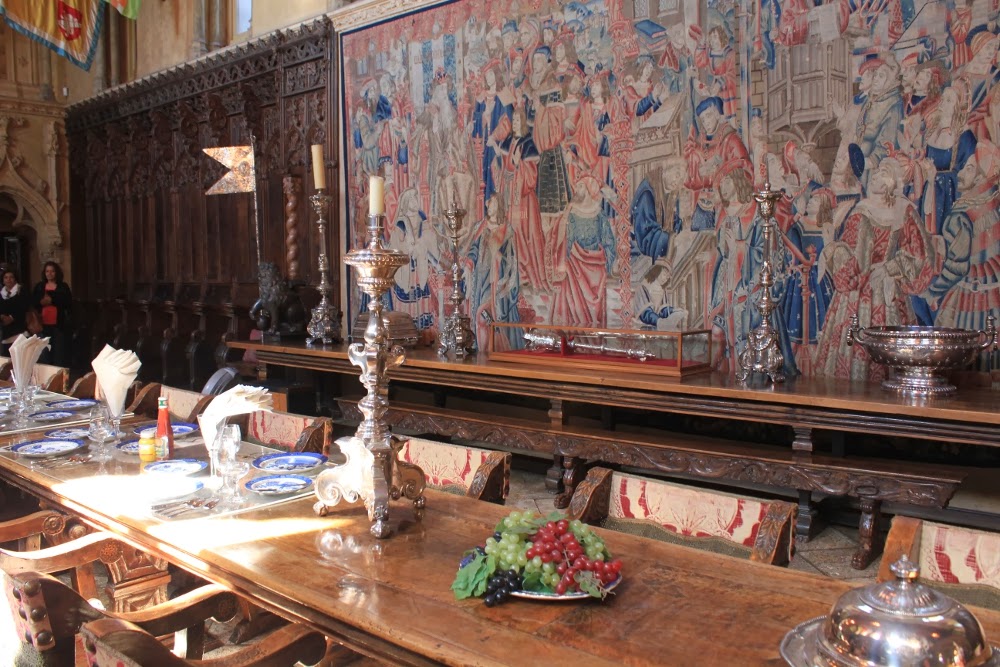 After we finished the movie, we were herded onto buses, that drove us up the windy, steep road to the castle. The view of it stuns the senses. It looks like a palace up there looking down on us. Once we got out, we toured through the home. I find the inside to be a disappointment. The rooms are crammed with furniture and it’s all very claustrophobic. The dining hall especially, makes me think of the middle ages. 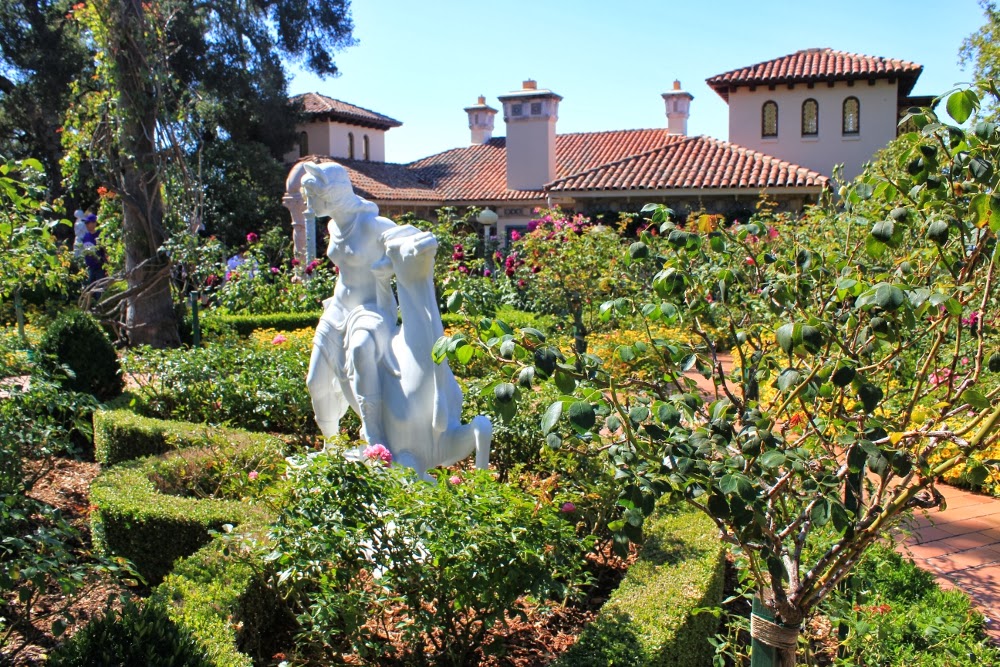 Our tour guide was very personable, but kept getting off track. He’d start to tell us about the room we were in, then segue to an anecdote about the goings on at the castle during Hearst’s days, and then forget where he had been. 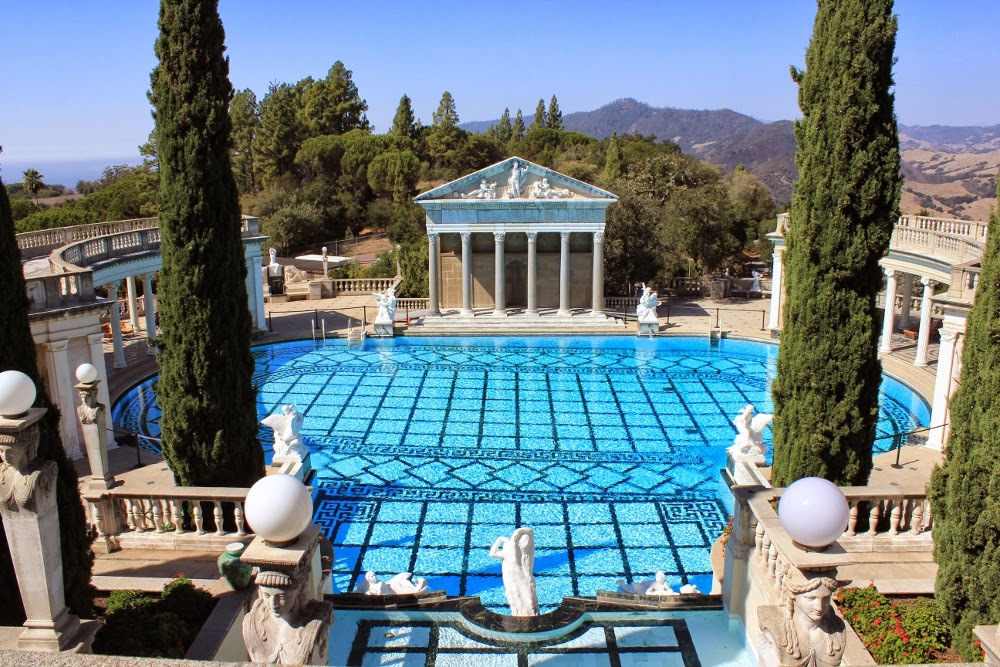 There was an impressive list of those who came to spend time at Heart Castle, including A-list celebrities, high ranking politicians, and very powerful tycoons. Hearst didn’t like for anyone to drink much, so the drinks were notably watered down and very skimpy. He liked his guests to be out doing things, and not just lazing about, so there were many activities available from horseback riding to tennis, swimming, chess, and cards. Hearst was known to demand the actors put on skits for his pleasure. 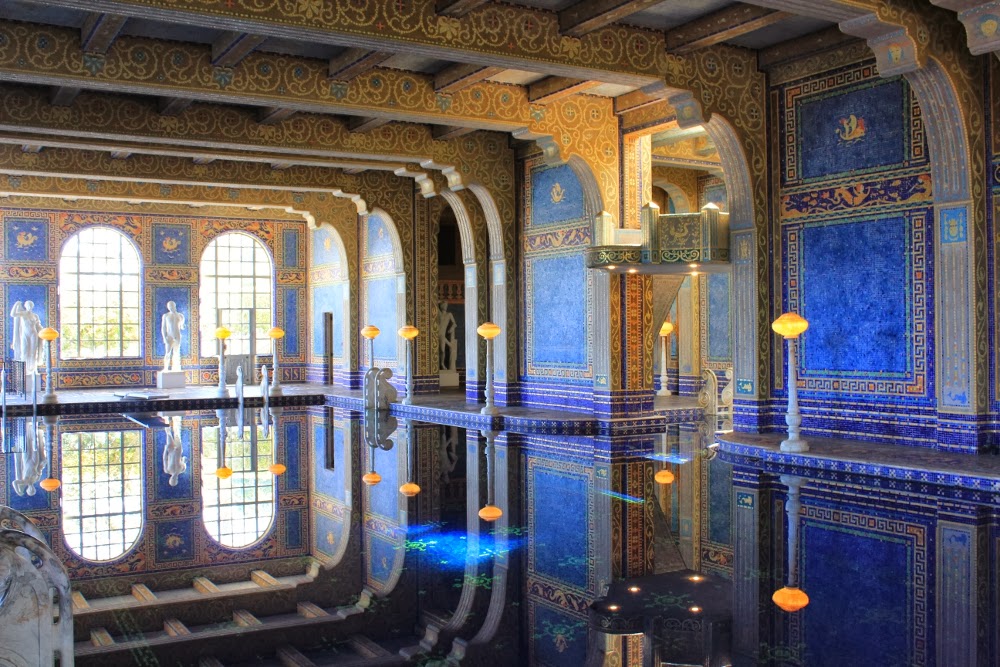 “The movie people were always there. My favorite was Cary Grant. He stopped in on a couple of occasions to visit at the gatehouse with us. We’d talk about the movies, life-everything. He was great fun.” – Wilfred Lyons. 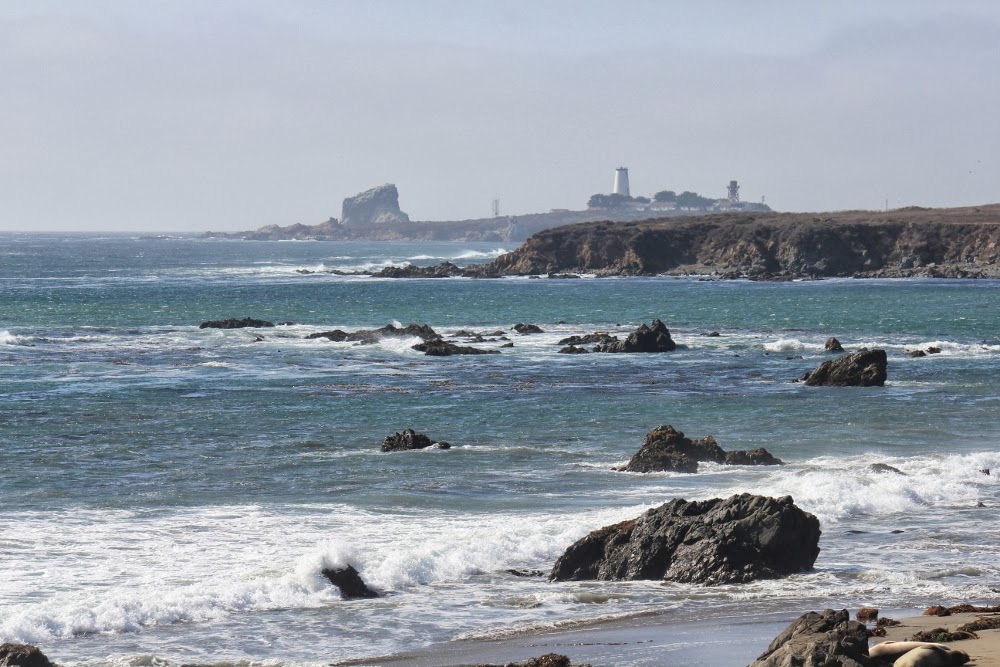 “One day Grant nearly got himself kicked off the property permanently when he and Will Jr. took a small plane up above the estate and, as a prank, bombarded the hanger’s roof with sacks of flour. When they returned, Grant’s bags were packed and waiting for him by the front door.” – Deborah Franklin 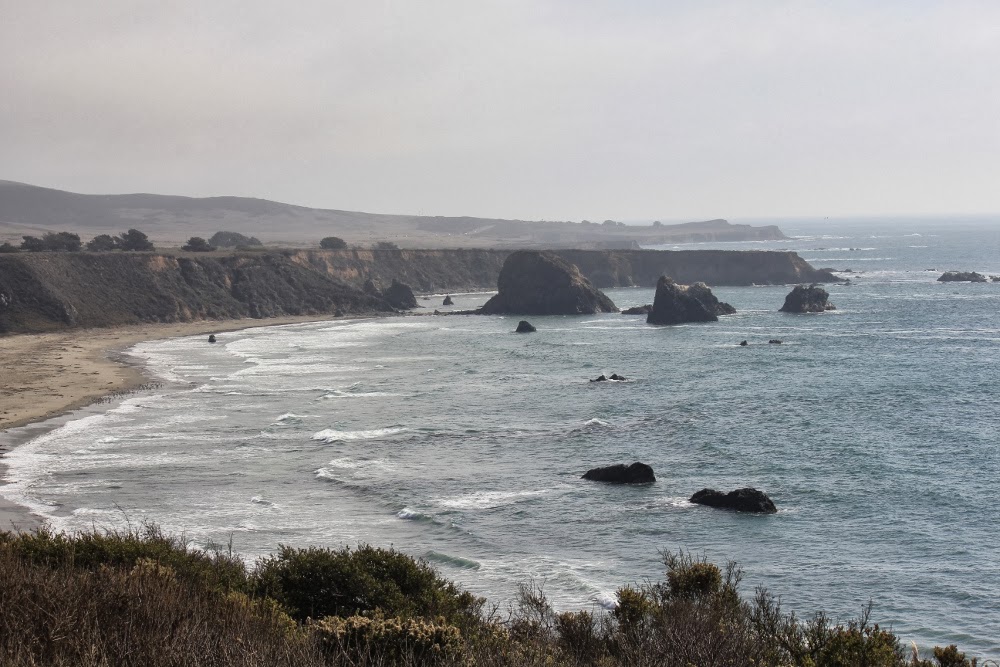 Outside again, we were able to wander freely, walking through the gardens, around the guest houses, looking out at the amazing views. The most spectacular areas have to be both the outdoor Neptune pool, and indoor Roman pool. It was so tempting to just jump in. 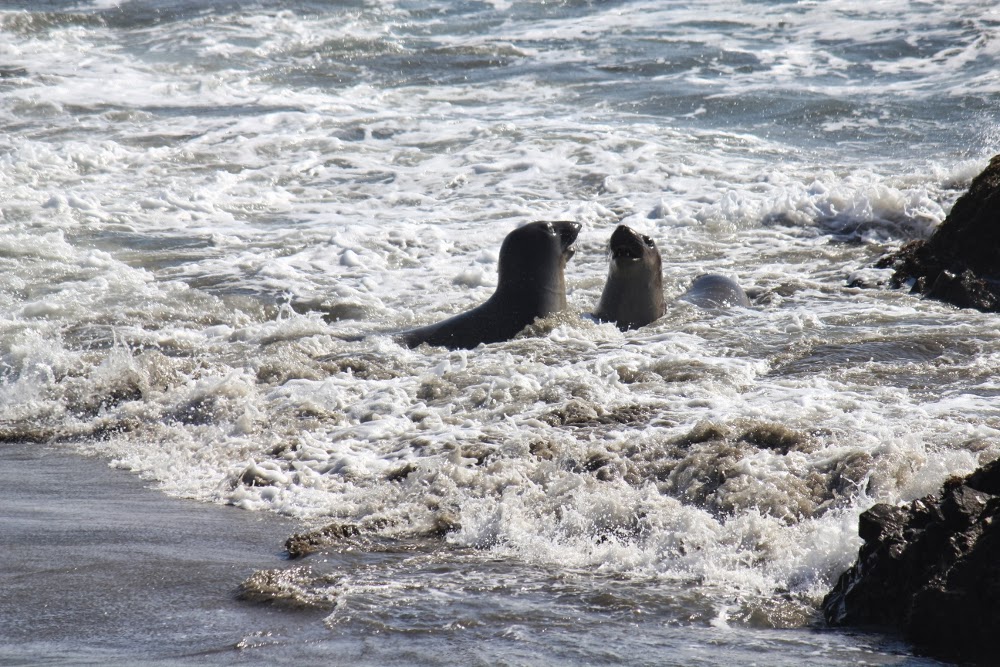 Once we were done and back down the hill,  we drove up the coast a bit to visit the elephant seals. In 1990, there were less than two dozen on the beach, but the next Spring, there were more than 400. The population grew every year, and now there are about 17,000 who come to this beach. The best times to view them are January, April, and October, so we were lucky to be here this month. 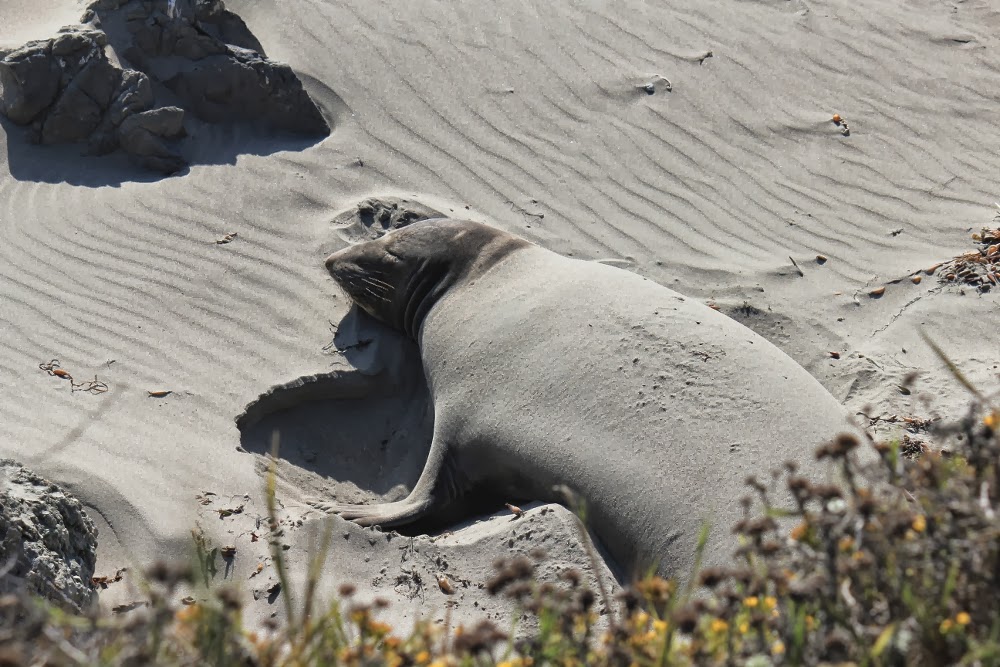 The beach is fenced off, so while we’re able to view the seals quite close up, they are protected from us. To be honest, with the size of them and their numbers it might be us who require the protecting. 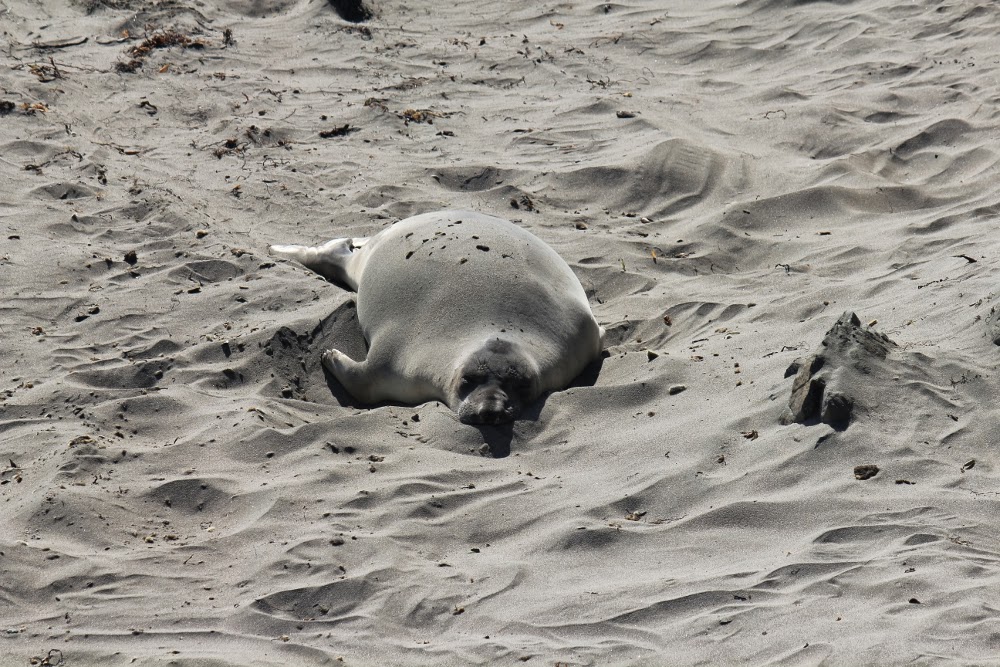 It was so hard to pull ourselves away, but I wanted to take Harold for a drive up Big Sur. As I wrote the other day, this highway is very narrow and steep, with many switchbacks. I’m afraid of the cliffs,  but it has such gorgeous vistas I didn’t want Harold to miss. 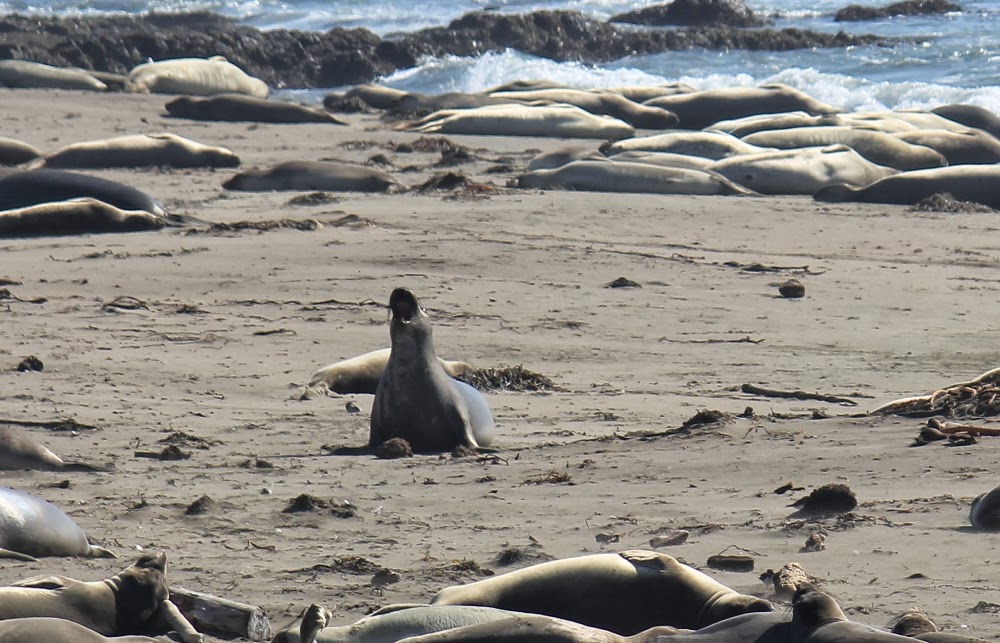 All the way up I was feeling pretty good, even proud of how unafraid I was. But going north, you’re driving on the inside, along the land. After turning around and heading back, we were now on the cliff side, looking down at the rocks and ocean way, way, down below. The road, in many places, especially on corners, seemed too small for anyone to pass our huge truck. I know, from experience, I can control my fear of heights and refuse to give into it, so I white knuckled it all the way back down.

Over the hills and through the vineyards