We were finished with work and all ready to go right on time, but at the last minute, we realized our hitch had loosened up. The casino has a guy on site who caters to the RVs and truckers needs for tires and other issues. Harold went up to see him yesterday about a tire that was losing air, but he couldn’t find any problem. When we went back, he wasn’t around. They offer a mobile service so he was off to fix someone’s tires. There was a phone there to call him, but Harold wanted to go into town to get the right wrench and socket so we could fix it ourselves. A half hour later, and $40 poorer, we were back up at the Tire place. Our torque on our wrench wasn’t macho enough – we had a 150lb torque, we needed 340. The tire guy had a huge, baseball bat sized torque wrench, that did up to 600lbs, and he had us all tightened back up within moments. Best part? No charge! 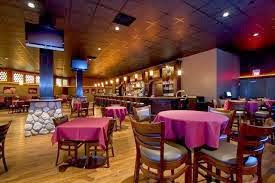 Finally, we got to get off I-5 and head overland to the coast. The small highway over there was curvy and super narrow in places, with first cliff faces jutting out at us, and later, huge redwoods we had to swerve around. It was a slow go, and we didn’t get to the coast until just after sunset. We joked about not needing to watch for cyclists, and then were shocked to pass not only touring cyclists, but a walker, wearing a helmet and pushing a hiking stroller full of his gear – at night!

Cher-Ae Heights Casino is a smaller casino on the coast, up on a hill overlooking the ocean, in Trinidad, CA. There were four other RVs in the lot when we got there. One trailer was so old, and packed with junk, it looked like a hoarder lived in it. We got setup quickly, then headed over to the casino. Here, they gave us $10 free slot play, free coffee and fountain drinks, and all the nicotine we could breathe in. They had a nice lounge where we had some wine and watched locals dance to a blues-rock band, before blowing all our free cash. Then we walked back up the hill to our trailer where I worked for another few hours while Harold slept early.

It’s the small wins that count

Left all by ourselves in the vineyard