We needed to check out of our RV park by 11am, so we opted to drive down to the Lone Butte Casino in Chandler, AZ and spend the evening there. This is where my parents stay every time they come to Phoenix. We had originally planned to dry camp here for the week but when the temperature got very hot we changed our minds and checked into an RV Park. So glad we did that now. 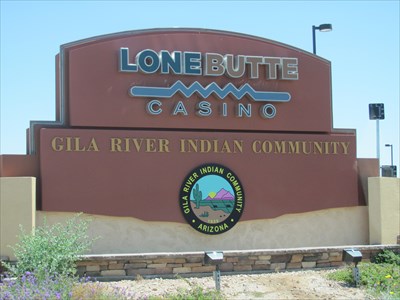 With no time for coffee or breakfast before we left that morning, I volunteered to walk over to the casino to get some coffee and maybe something for breakfast. As soon as I got in the door I smelled that stench of stale cigarette smoke covered up by perfumed deodorizer, heard the sounds of the machines dinging and clanging, and took in all the flashing shiny lights beckoning to me. All thought of coffee was gone, to be replaced with the idea “Players Card Perks!”

Every casino has their own deals. This one gives new players $10 to play with on the machines, and if you get up to 10 points on your player’s card, they give you another $10. Since it was their money and I didn’t have a lot of time, I chose to play max credits on a 25 cent Video Poker game. I was doing pretty well for a while, and had won $20 but then I lost it all. I went back and got my other $10 and then lost all that too. Time to call it quits, I went looking for coffee, but all they had was basic coffee, and I wasn’t tempted at all by any of their pastries. 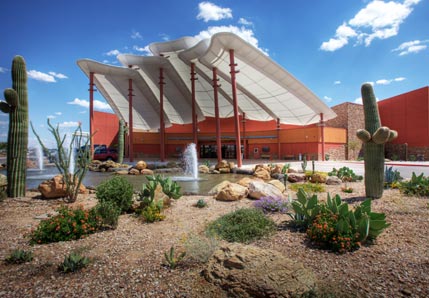 Getting back to the trailer, Harold told me security had come around to tell him that as of the end of March, they no longer allow RVers to camp overnight there. I guess my parents and their friends have just been partying it up down there too much.

I told Harold about the Players Card perks and he went over to the casino before we left. He also chose to play max credits. He was back in about 45 minutes and he’d won $250! That’s our biggest win so far! So we took the money and visited Camping World to buy him a new hat and a handy dandy collapsing ladder that stretches from 3ft-14ft! We’d been looking at that ladder last week but couldn’t bring ourselves to pay so much. Now this found money was the perfect time to get it!

Adios Phoenix! So long and thanks for the ladder!