Lodi, (pronounced Low-dye), situated just south of Sacramento, is known as the “Zinfandel Capital of the World”, the Creedence Clearwater Revival song “Lodi” and the location of the Sons of Anarchy series. Since Zinfandel (the red Zinfandel, not that soda-pop pink stuff!) is one of my two favorite wines, we had to stop and do some tastings. 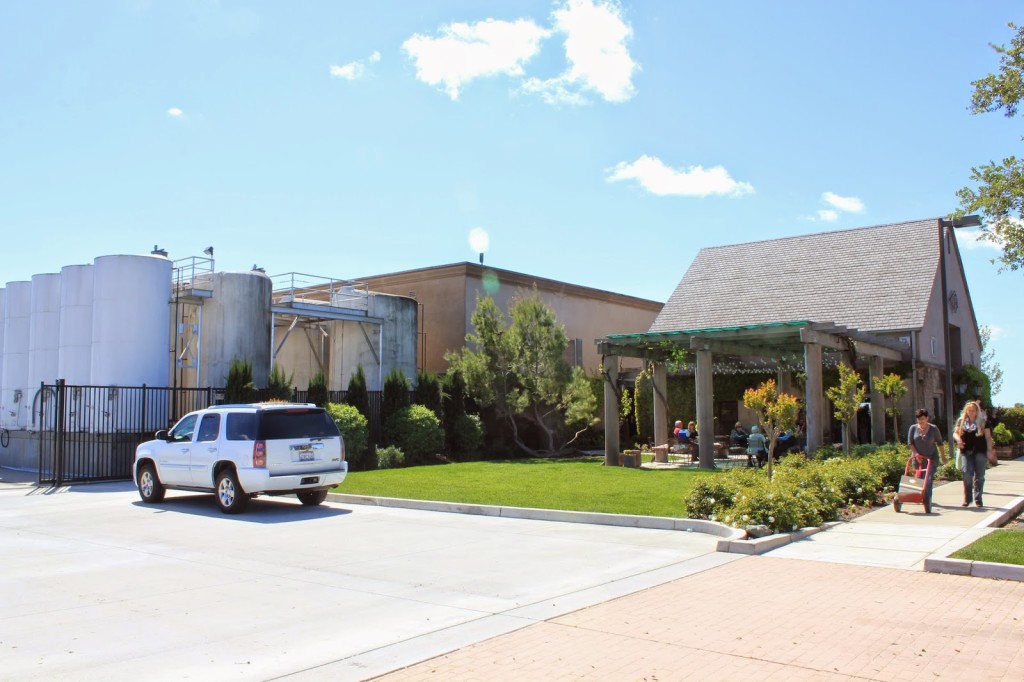 We belong to an RV club called Harvest Hosts, which allows us to stay at many vineyards and farms in our RV. There are a number of wineries in Lodi that we could have stayed at. This time we stayed at the Van Ruiten Family Winery, right on highway 12.

When I called the day before, they told me they were having a wine club pick-up party so we should arrive between 12 and 1. We arrived about 12:45 and the bigger lot by the vineyard was still empty but the smaller lot by the tasting room was already full. We went inside to a busy tasting room, where we were welcomed and told our tasting was complimentary since we were Harvest Hosts members. That was so nice and unnecessary since they were already allowing us to stay there. 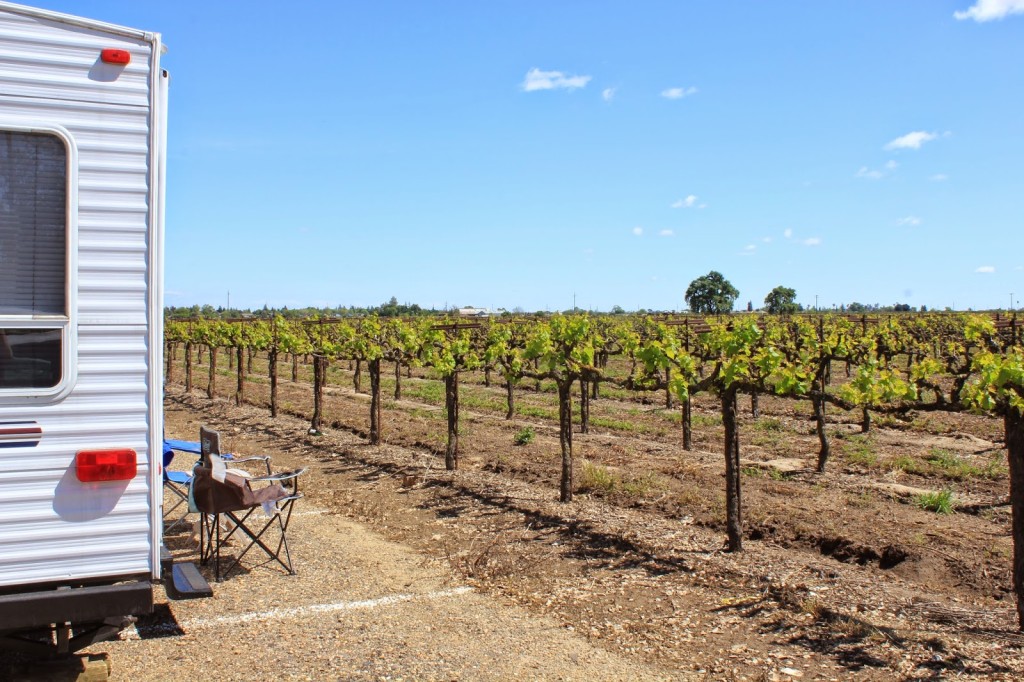 They have two tasting menus, one was for their Reserve wines, the other was their regular wines. They had a Zinfandel named Sideways that made me wonder if it had anything to do with the movie of the same name about two men travelling through California wine country. They were really busy so I didn’t want to bother them asking and decided to Google it later. Turns out it’s purely coincidental. The winery trademarked the wine just before the movie was released.

We could have bought all of their red wines and been happy with them, but my favourite was their Petite Syrah, my other favorite grape. 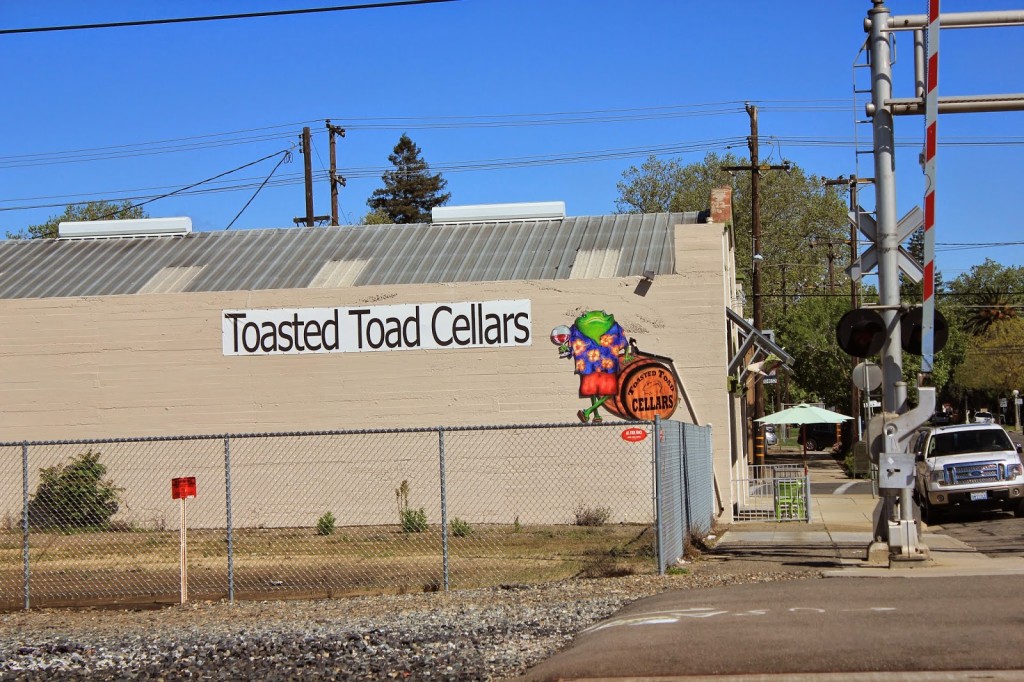 After lunch, we decided to head down town where there are a bunch of tasting rooms. We had a great time going from one tasting to the next, and tasting some wonderful wines. Every tasting room is so different. The first, Toasted Toad, is a newish startup that buys their grapes and does their own blends, the next, Jessie’s Grove, is one of the major vineyards in the area.

In H-G Vineyards, we met our first set of modern day Valley Girls. Their accents and excitability were a stereotype from those 80’s movies, as they oohed and aahed over the pourer’s big rock engagement ring. Our favorite wine here was a bubbly pink concoction. I was surprised we enjoyed it at all, but we did, enough to buy a bottle. 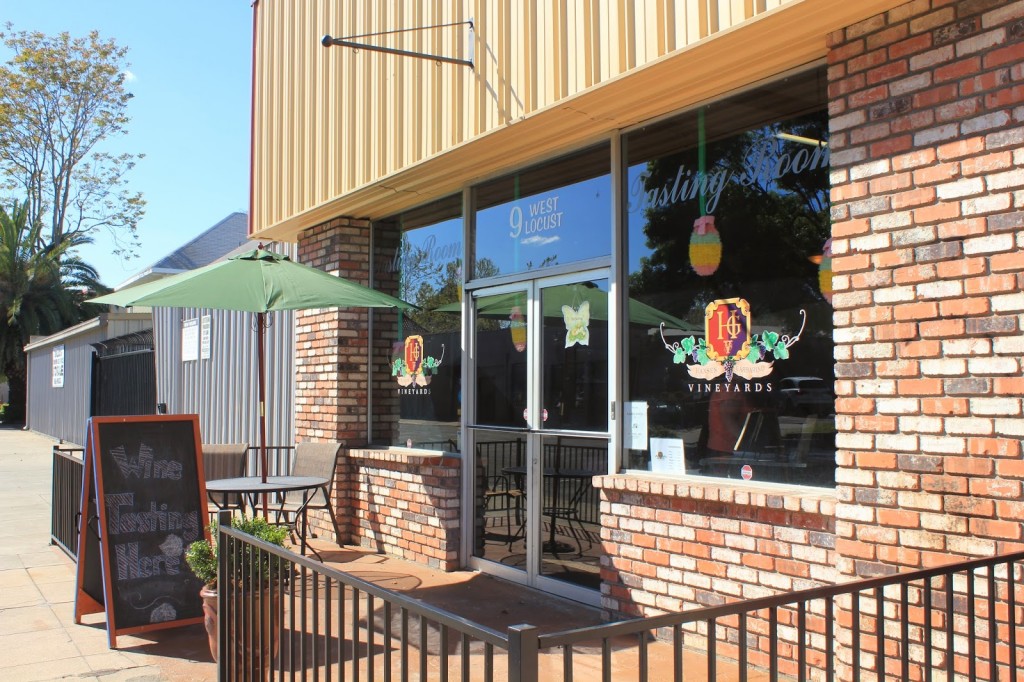 Estate Crush has a whole wall full of many different wines to try. They are a full service wine development company. You come to them with your grapes and they will do as much or as little as you want, from making the wine, marketing, and development. The smallest they deal with is one ton, which she told us will make about 60 cases. A little out of our realm.

Riaza Wines has the best Spanish olives and marinated almonds I’ve ever tasted. I can’t remember the wine all that much but we did buy a jar of their olives. 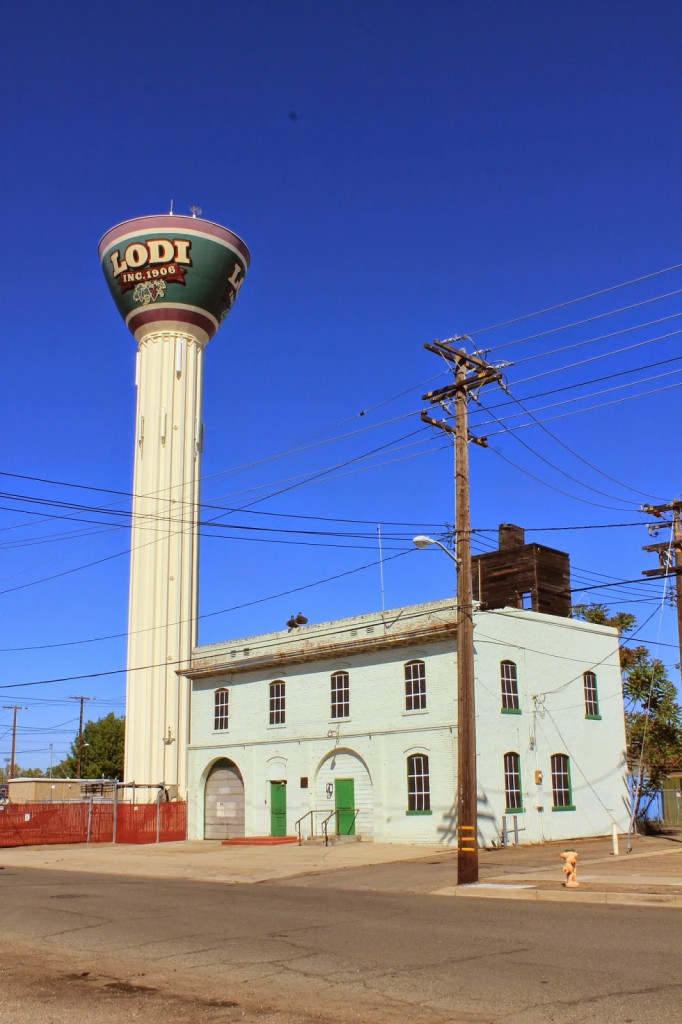 The Weibel Family Vineyards tasting room is covered in pictures of Zsa Zsa Gabor who was the spokesperson for their California Champagne and other sparkling wines. I was amused to see they served the sparkling wines in the short squat champagne glasses from the old days, the ones you’d see Marilyn Monroe and Cary Grant drinking from. The clientèle this day really matched the place, a group of very extroverted gay men and some heavily made-up and bejewelled older women, all enjoying the different flavours of sparkling wine available.

Lodi’s Wine Social is a funky wine bar, and the last place we made it to by the end of the tasting hours. After 5-6 pm, all the wine bars stop their tasting menus and bring in live music. It’s quite the happening little town. I asked the bartender if she could recommend any restaurants that might have some vegetarian or at least seafood options and she directed us to a Spanish Tapas restaurant right around the corner. The food at Pamplona Tapas was just amazing, probably one of the best meals I’ve ever had. I hope it’s still there when we return to Lodi next time.

We arrived back at the winery after nightfall and had the place all to ourselves. We took the dogs for a romp around the vineyard and then sat outside to listen to the sounds and look up at the star filled sky.