The best jokes are those whose punch lines come from a completely unexpected direction, or aren’t even jokes. Google’s best April Fools joke was back in 2004 when they released Gmail on April Fools day. Nobody believed it. It had to be a joke. No way would any company give away email accounts with 1,000 Mb of storage. But the joke was, of course, there was no joke. It was absolutely true. 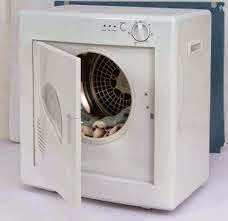 Imagine the poor sucker who has a real emergency on April Fool’s Day and can’t get anyone to pay serious attention. Or the person who finds out they are pregnant or someone who wins a lottery or anyone who has anything great they’d like to share. Nobody at all is going to believe it.

So when I saw the message from my daughter that she’d sent at 1:30am, I discounted it as a bad attempt at humour. We’d just left home. She couldn’t possibly have had such a serious problem in the first hour we’d been gone! Not on April Fool’s day.

“ANSWER YOUR PHONE! The dryer is on fire!” it read.

Oh come on, I wasn’t born yesterday. I chuckled and told Harold about it.

“Just got my first joke of the day. It looks like our dryer is on fire.” He laughed in response, and I almost didn’t call her back.

“I wonder if the fridge is running? Maybe we need to go catch it too.”

By this time it was after 2:30am and she was probably asleep. But I changed my mind suddenly. Didn’t she deserve to have it backfire on her? What if I called her and woke her up and told her I’d called 911 and we’d turned around and were almost home?

I called, prepared to pull off my joke reversal, but forgot all about it as soon as she answered, upset and worried because against the odds, the story was, surprisingly, true. Okay, so the dryer wasn’t actually on fire. That’s just the flair for exaggeration she inherited from her father. But it had been smoking until she removed a portion of the mountain of clothes she’d tried to stuff in there. I guess the weight of all those clothes had caused the dryer to stop revolving and the friction caused the smoke. Scary, but probably something she can handle herself.

The April Fool’s joke, like the Google joke, is that there is no joke. I suppose, the joke could also be the metaphorical umbilical cord leading back home. The one I can’t quite manage to sever completely. But there’s no punchline here.

Did you turn off the oven?