“The Apache Trail combines the grandeur of the Alps, the glory of the Rockies, the magnificence of the Grand Canyon, and then adds an indefinable something that none of the others have. To me, it is the most awe-inspiring and most sublimely beautiful.” — President Theodore Roosevelt

The oldest highway in the US, the Apache Trail was first used by the Apache Indians on their way through the Superstition Mountains, later as a stagecoach trail, and now as highway 88, a route to many recreation areas, though parts are still unpaved.

We had been warned that the road wasn’t the best to tow our trailer up, with narrow winding roads, though we saw many people doing it. It’s doable, but I’d have to be staying a while to go to the bother.

We drove up the winding road from Apache Junction, up through the mountains, stopping along the way to hike, and look at the views. 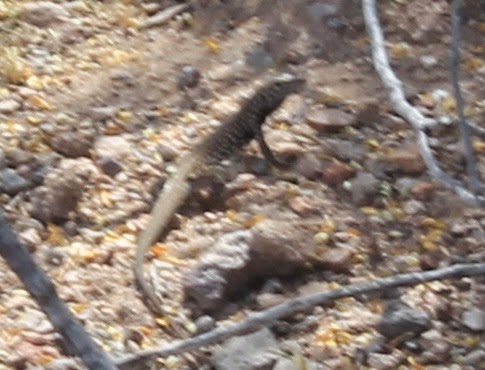 Our first stop was at a view area where we found a trail that took us out into the wilderness. With all the different cacti and plants flowering and all the vegetation a bright green, it was so beautiful and alive.

We saw a hare running away and a bunch of tiny lizards scurried away as we approached. We kept seeing big webs over the husks of dead cacti, with big holes into underground dens. They must be spider dens and big spiders at that, though we didn’t see anything moving 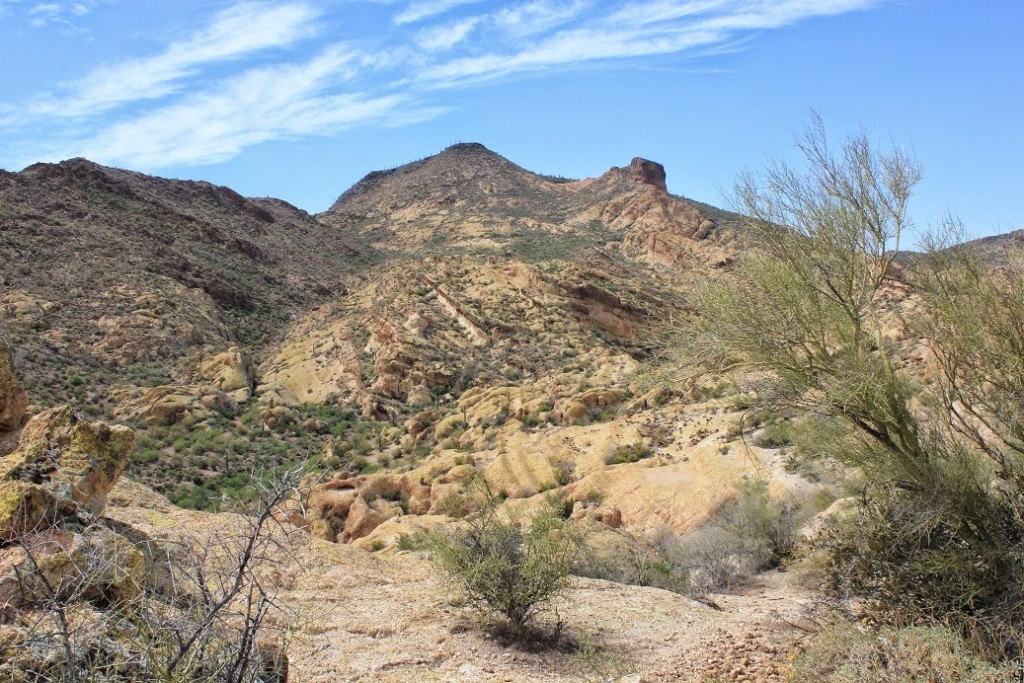 There was one view point that looked fantastic but we couldn’t get in because the guy there already managed to take up the entire space that three cars could have easily fit in. The next pull-out we found didn’t look like much from the road but when we climbed up and then came around the other side of the rock, it opened up into this amazing canyon much more beautiful than the one before. So thanks Mr. Selfish, we won! 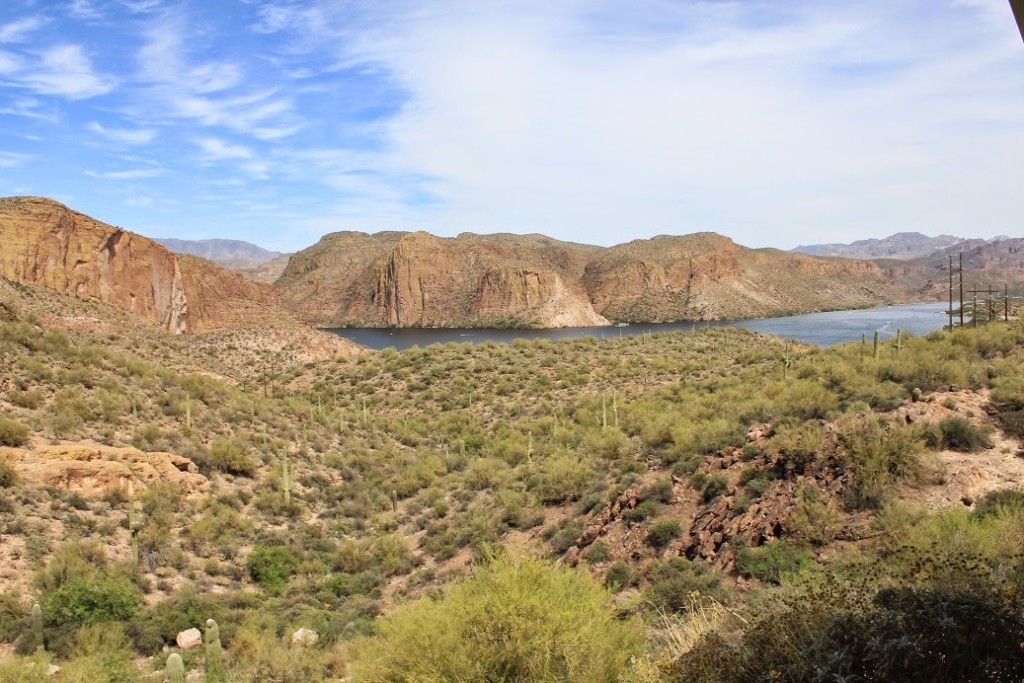 At the Canyon Lake overlook, we got out to go take in the view but we were overtaken by three children very taken with Toonie. The irony is that Teddy, at just over a year old, was all excited and wanted them to pay him some attention, and Toonie just stood there in misery, looking up at me with sad-sack eyes, “Must I be subjected to this torture? Please tell them to stop.” But they only had eyes for her, and both dogs were majorly disappointed. 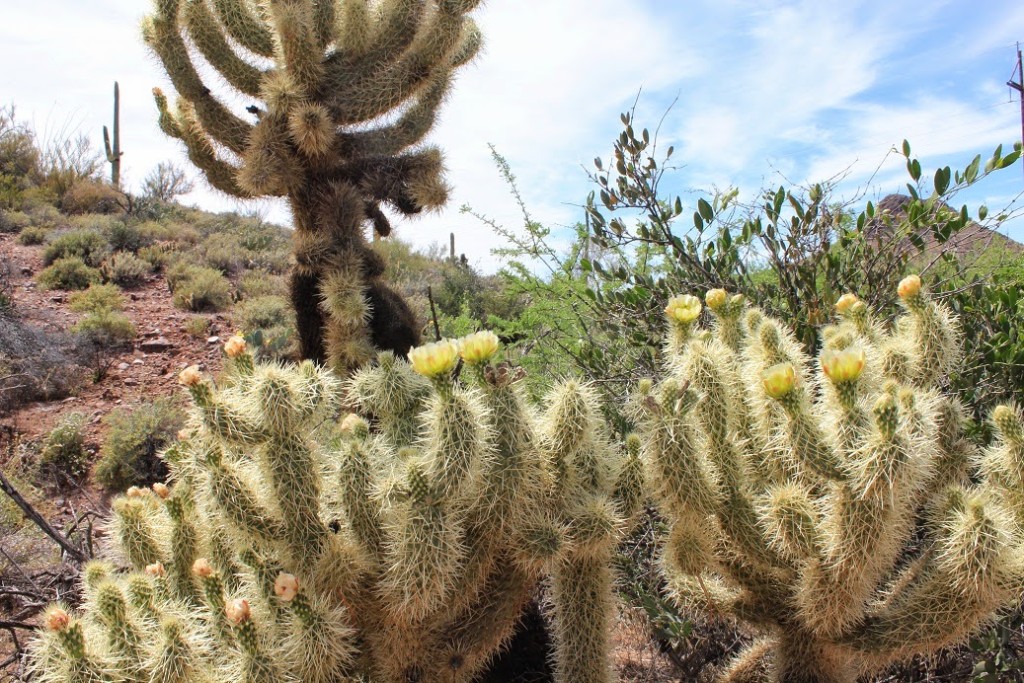 Children, especially girls are always most enraptured by how tiny and delicate she is, at 5 lbs, but I need to keep an eye out, in case they get too rough and she needs rescuing. So I stood there guarding her, Teddy looked on wistfully, and Harold took a ton of photos. 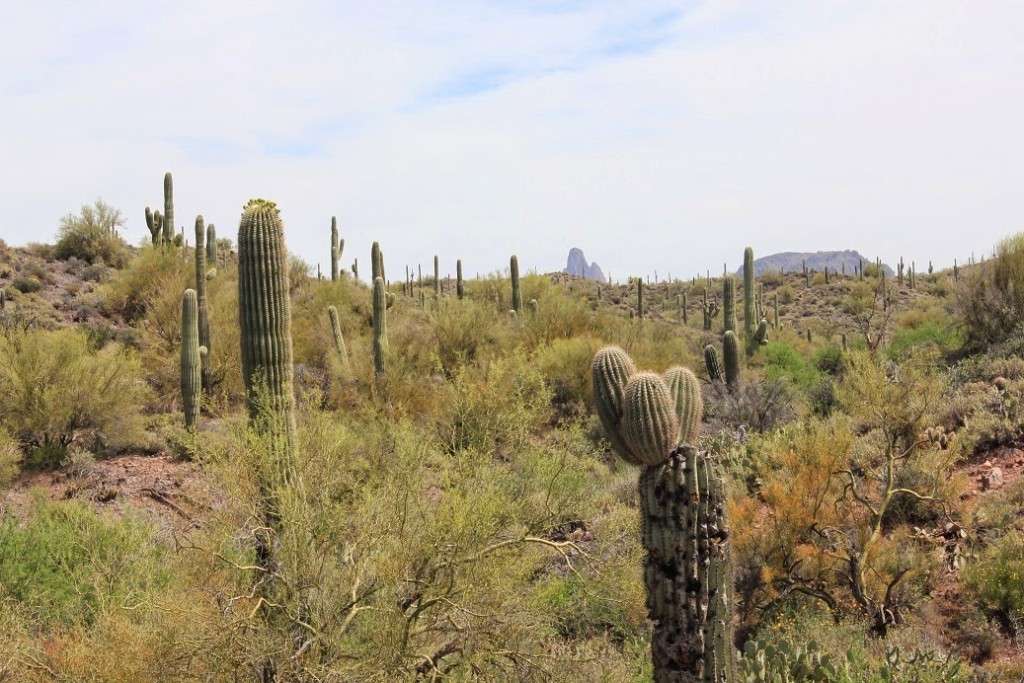 A sign welcoming us to Tonto National Park could be seen as we drove down the hill to the waterfront where it is more built up with a restaurant, boat launch, marina, park, beaches, and campground. 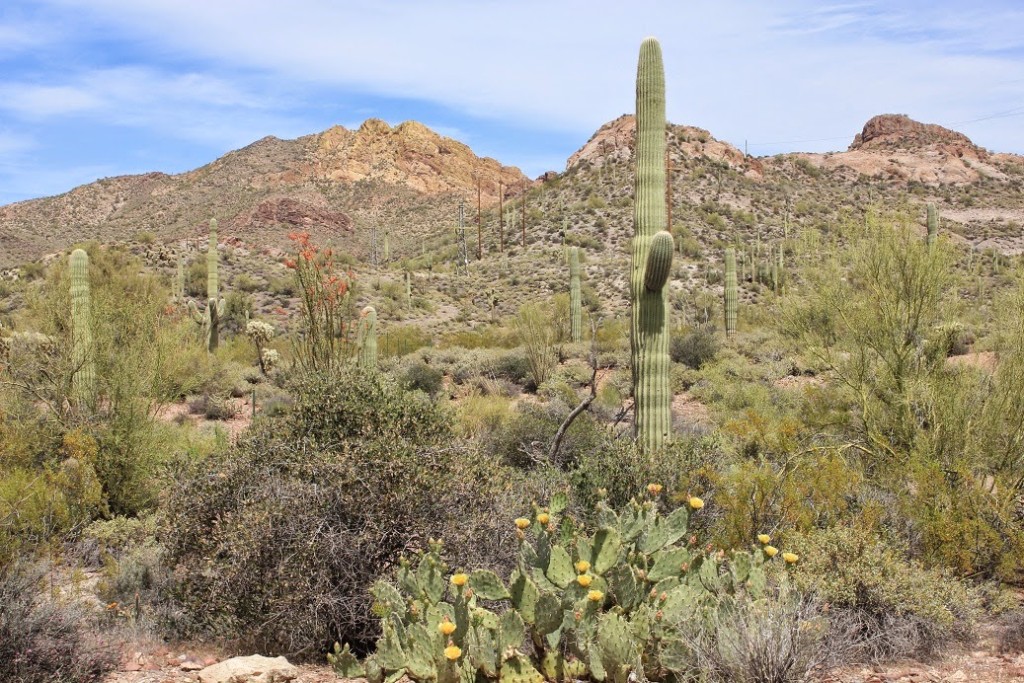 The road curves around the southern side of the lake and then comes to a small old west town called Tortilla Flat.  It is the last surviving stagecoach stop along the Apache Trail, Arizona’s smallest official community having a U.S. Post Office and voter’s precinct. 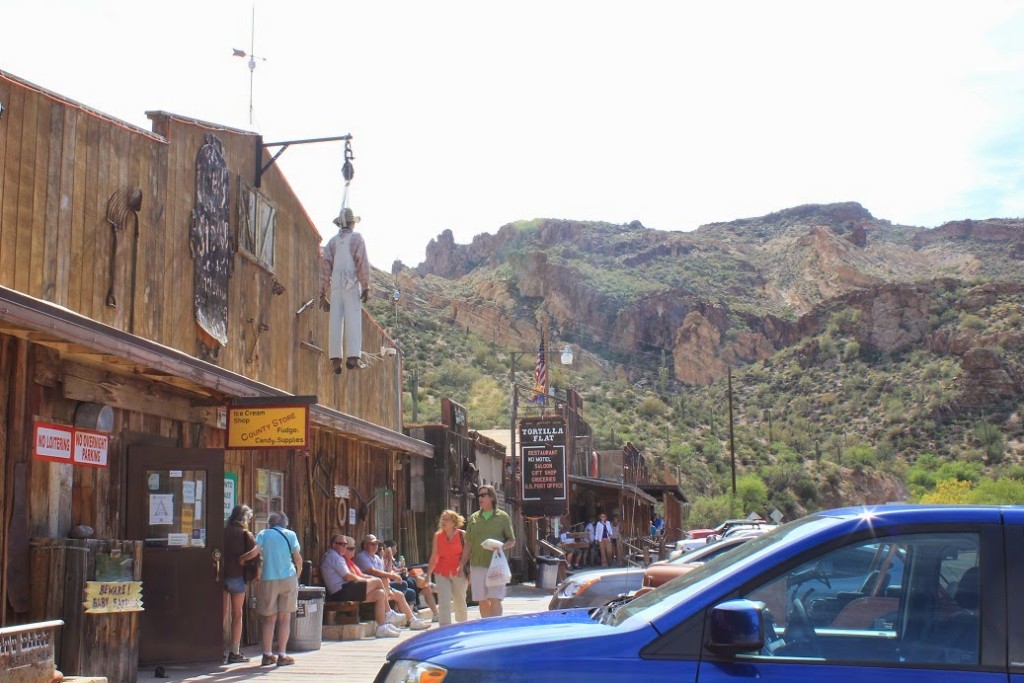 The town started as a campground for gold prospectors in the mid-to-late 19th century. When the Theodore Roosevelt dam was being built, it was used as a freight camp. These days the town has a small store, restaurant and bar.

The day we were here, a Saturday, there was a band playing out back and there were a lot of people sitting out in the sun, drinking and having a good time. The campground here is supposed to be open until May 1st, but for some reason it’s already closed.

We had planned to go further up the road but we hit a patch that was unpaved. We’re driving a 4WD truck, so we can definitely handle worse, but it was all rutted like a tractor had just driven on it. It was nonstop chattering of teeth and we were told it would go on that way for 20 miles. 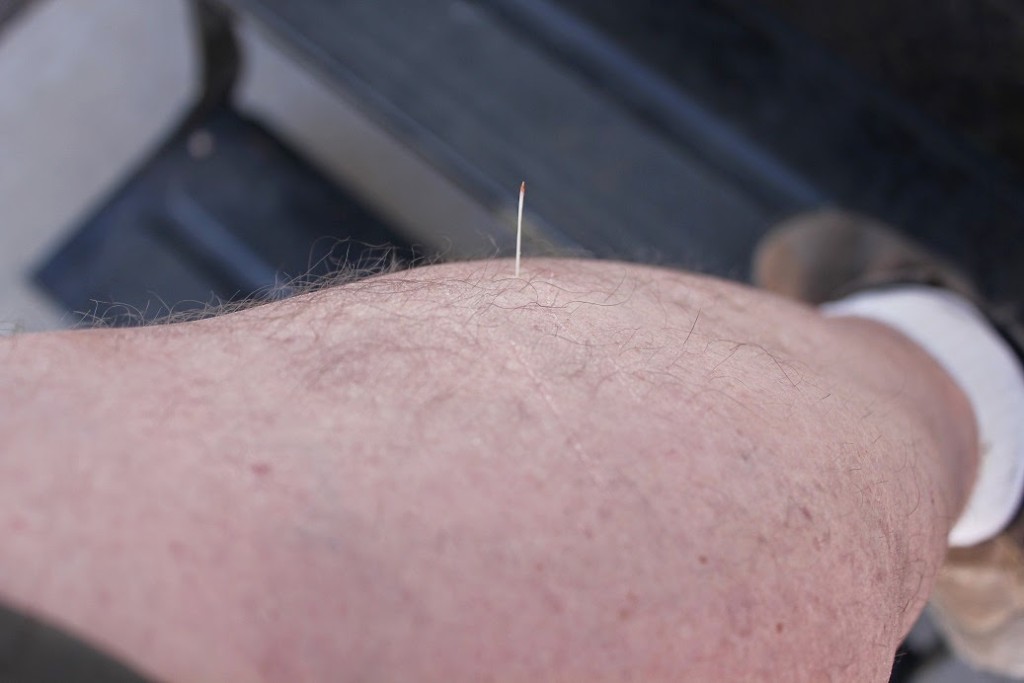 When we got back, Harold noticed he’d brought back a souvenir, in his leg!

Since it was already 3pm we decided to turn around and head back for happy hour. There’s much more to see and hike on our next trip!