I used to watch Kitchen Nightmares, but I’ve never seen the episodes that included his most infamous restaurant owners, Samy and Amy Boulzago of Amy’s Baking Company in Scottsdale, AZ. I did however, manage to be around while they were having their first Facebook shoutdown and have watched videos of them on TMZ and others. 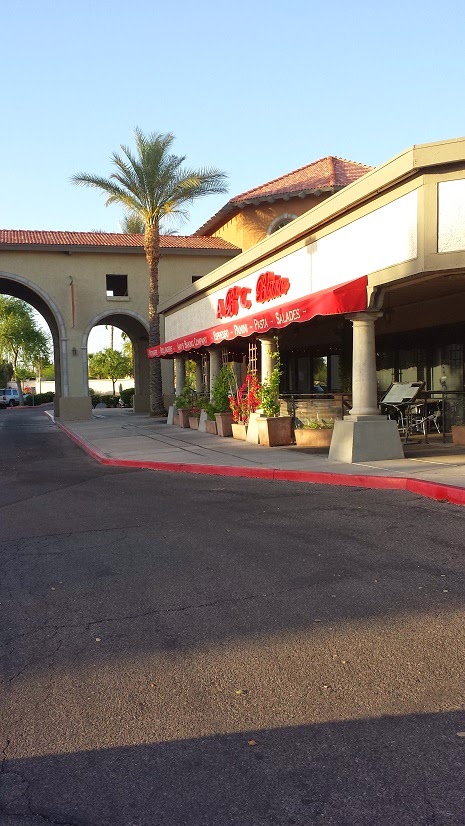 My brother told me we just had to go there and check them out while we were in Phoenix and it seemed like a fun thing to do, even if we ended up paying good money for some awful food.

We showed up about 6pm on Sunday night and couldn’t see it at first. It’s hidden right at the back of a strip mall. We passed by two packed restaurants and then got to ABC, which was completely empty, both the patio and the inside dining room. There was only one table with two women, who looked to be almost finished. 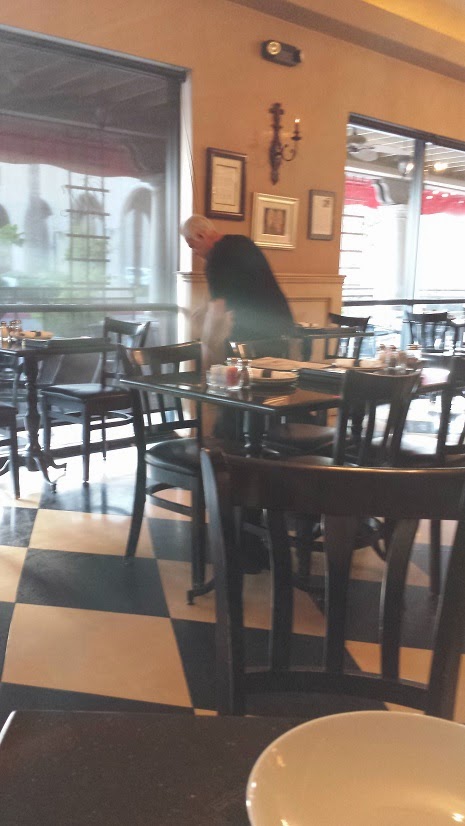 As we walked in the door, I looked around and the decor was attractive, in a gilded European pizzeria sort of style, and there was a pleasant scent wafting across the room. It wasn’t a food scent, it was a musky, perfumy scent of the type you buy in a home store. (I later heard Samy telling the women across from us that it was the vanilla scent from Costco.)

The two servers at the front were folding boxes and looked up to ask if we were taking out or eating in. I looked around and didn’t see Samy or Amy and wondered if we should just leave. When we told them we were eating in, the one server started to turn us away, in a stilted manner, “Oh, we’re not …” but her sentence trailed off as Samy came racing out from the back. “No! No! We have space for you! Come in! Come in! Take a seat anywhere you like!” 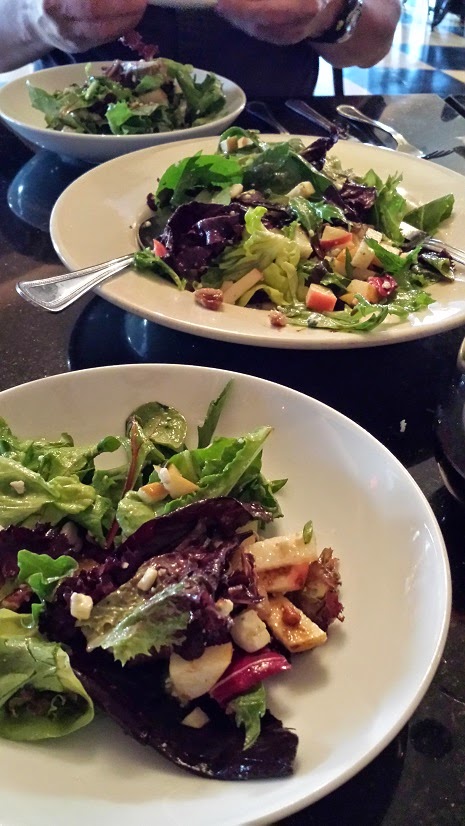 We chose a seat along the back edge where they had half booths and as soon as I sat down, I wished I’d taken one of the tables that could see into the kitchen. Samy gave us some time to look over the menu and came back a short while later to take our orders. Then he took the order back into the kitchen and we heard loud voices yelling back there, but we couldn’t make out what they were saying. That was when I figured Amy must be in the restaurant, after all.

As we waited, we saw all sorts of people walking by, and looking in, but none came in, except for one older couple of ladies who took out some desserts. Harold could see over there and told me Amy was serving them, and I was so frustrated that I couldn’t see or hear anything. I spent my time trying to be surreptitious about taking pictures with my phone.

Our pear and gorgonzola salad arrived and it was a huge bowl we were happy we had shared. It wasn’t the best salad we’ve ever had but the ingredients were fresh and tasty. Soon after our pizza arrived. The crust was a thin artisan style topped with basil, black olives, spicy peppers, red onions, roasted red peppers, artichoke hearts, basil pesto, feta & mozzarella cheese. It was very tasty and we were pleasantly surprised. So much for the bad food we’d expected. At least we’d heard a fight back there! 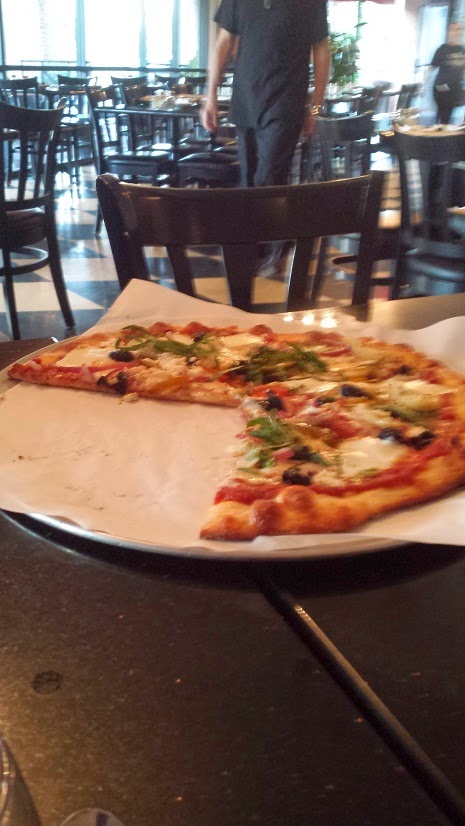 Samy came to clear our plates and asked how we’d enjoyed our meals. When we told him we’d really enjoyed it, he asked how we’d heard of the restaurant. I paused, and he jumped in. “From the tv?” I laughed and came clean. “Well yes, we heard of you from online and tv. My brother is a big fan of Amy’s and he told us we had to come in here when we came to town.”

Samy went on to tell us how their problem was other restaurants in the area badmouthing them, and Gordon Ramsay was just plain wrong. We felt right on Samy’s side. What does Gordon Ramsay know about restaurants anyways? We’d just had a good meal with a fantastic pizza, and somewhat strange but enjoyable service. Samy took our plates back to the kitchen and we could hear him loudly telling Amy about us, and how my brother was a big fan of hers, and then a minute later, they were both coming out to join us. 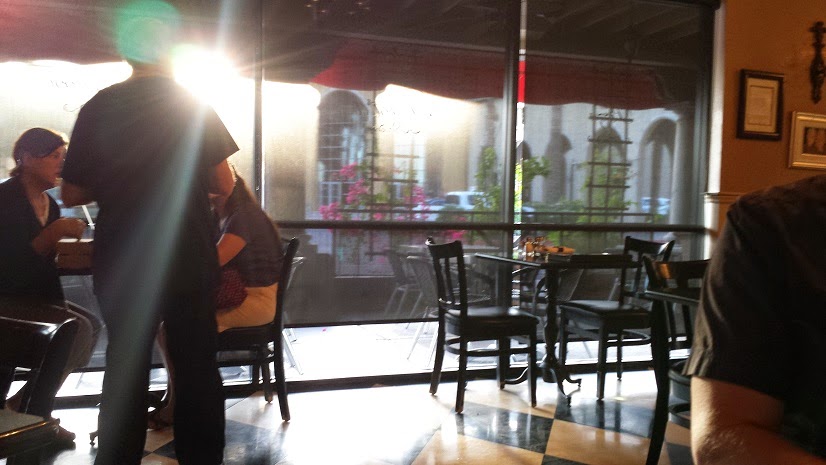 It’s funny, but it was a little exciting to be talking to them both. Amy was just like I’ve seen her in clips, but in a friendlier manner. She called Gordon Ramsay “a pansy” but then backtracked, saying she doesn’t mean that as a gay insult. It’s her way of saying he’s a wimp. She is very animated and amusing to watch and listen to as she tells the stories of how they’ve been on the show three times and Gordon Ramsay left it all up to her to take care of the most recent show. 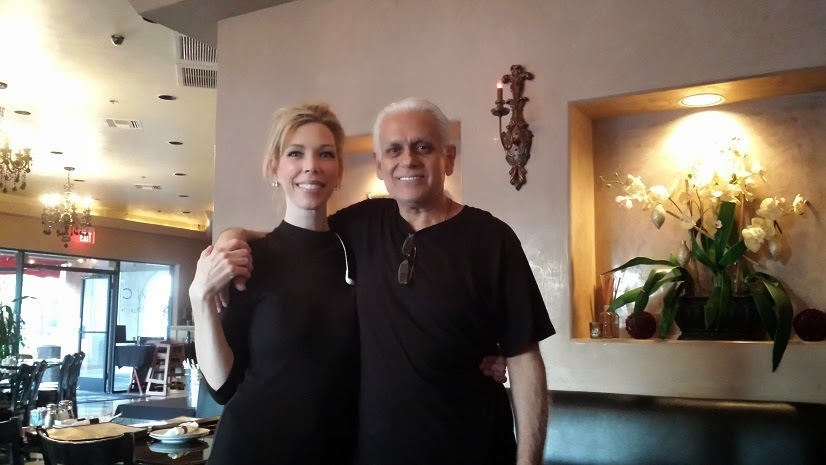 They were both surprised neither one of us has seen their shows, and urged us to make sure to watch them when we get home. We most definitely will.

As we were leaving, Sami shook our hands and thanked us,
“Make sure to tell your brother to come in and see us when he’s in town!”

Are we too young for Mesa?