Whether we’re hiking, cycling, touring a city or driving highways and byways, we hate backtracking. I always try to find a way to make a trip into a loop, instead of just back and forth. I do this even when going to the mall, driving my daughter to work, or going to the airport. 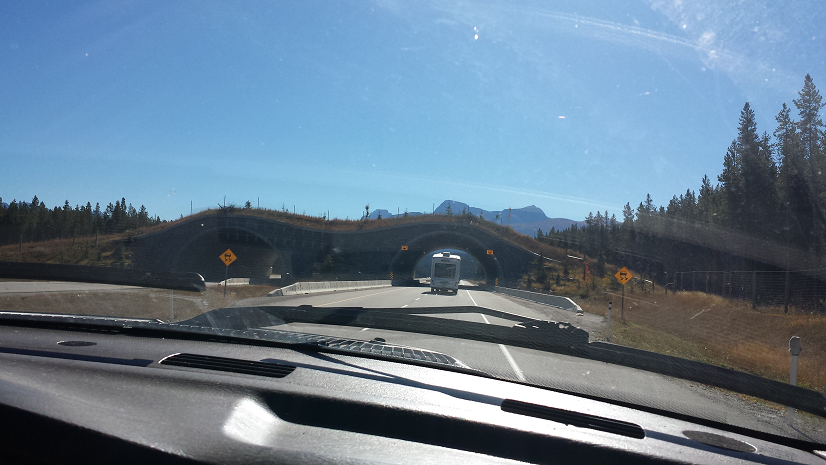 Unfortunately, unless we were willing to drive hundreds of miles out of our way, there was just no way we could get down to Banff without driving back the exact same way we’d driven up to Jasper. Fortunately, the scenery in Jasper is so breathtaking and quite different when viewed in reverse, so it was just as wonderful to look at on the way back. Plus we were now on the right side of the road to stop and hike down to the lakes along the way.

As soon as we left Jasper and entered Banff, our wifi signal came back. We were planning to stop at Lake Louise on our way to Banff, so pulled off the highway to go up there. There was a man on the side of the road wearing a fluorescent orange vest, talking to people as they pulled up, giving them directions. 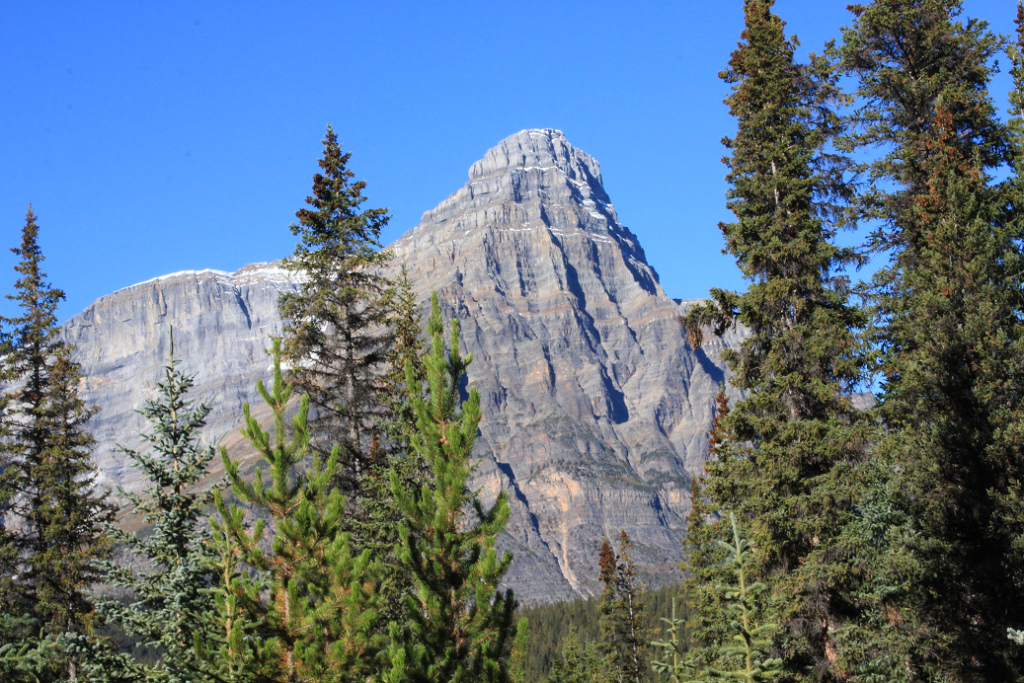 I opened my window to talk to him, as we pulled up to him, leaned out, and smiled,

I started to ask about where we could park our trailer, but all I got out was a “Wh….” because Harold just kept right on going. The man watched us, as we drove on, with a confused look on his face, that probably mirrored my own expression. Then I turned to Harold.

“What man?” he was honestly oblivious.

“Ohmygod! The man who was answering questions!” I was honestly aggravated.

“Oh, you should have told me you wanted to stop and ask questions.” he responded, as patient and logical as always.

“Oh you drive me crazy! Of course I wanted you to stop! Just like every single other person stopped and asked! It was like – expected of us – like we maybe just broke a rule, by not stopping and asking.” 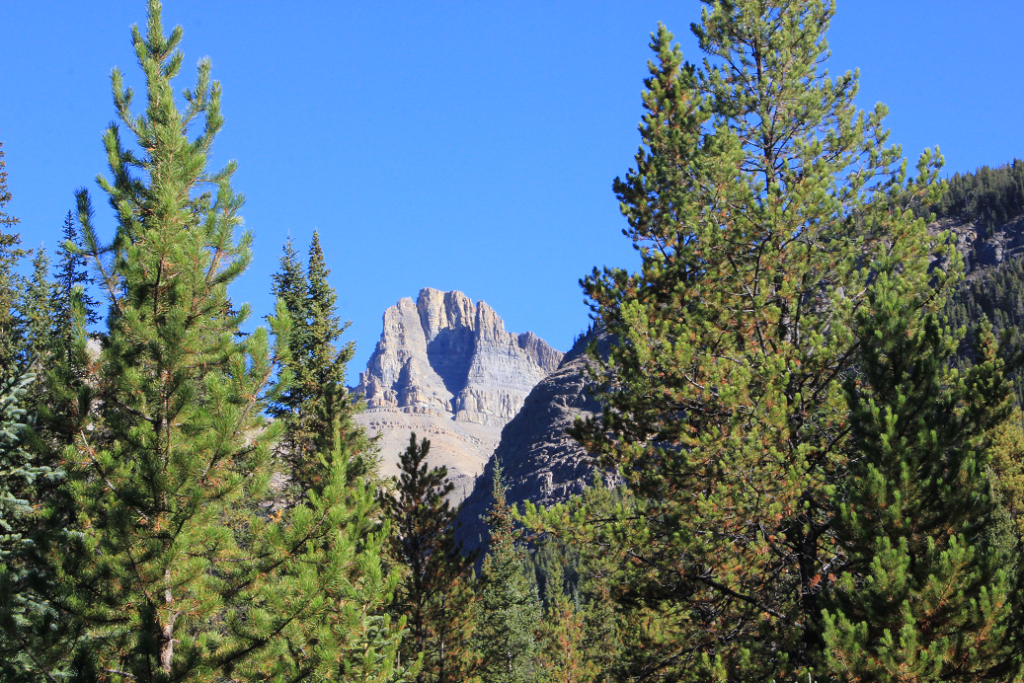 By this time we were up at the fork in the road. To the left lead to the campground. We’d already decided not to go there. Up the hill was Lake Louise, but there was a sign, “No RVs or trailers!” That left us with a right turn. We followed another truck and trailer down there. One of those ahead of us who had stopped and asked questions.

“Well, he probably knows where he’s going. He stopped and asked questions!”

It seemed like a great riposte from my point of view, but fell flat when Harold just nodded at me and followed. About a mile down the road, we came to an old train station turned into a restaurant. This obviously wasn’t going to work for us, but at least the road ended in a turn around. We turned around and headed straight on down to Banff. 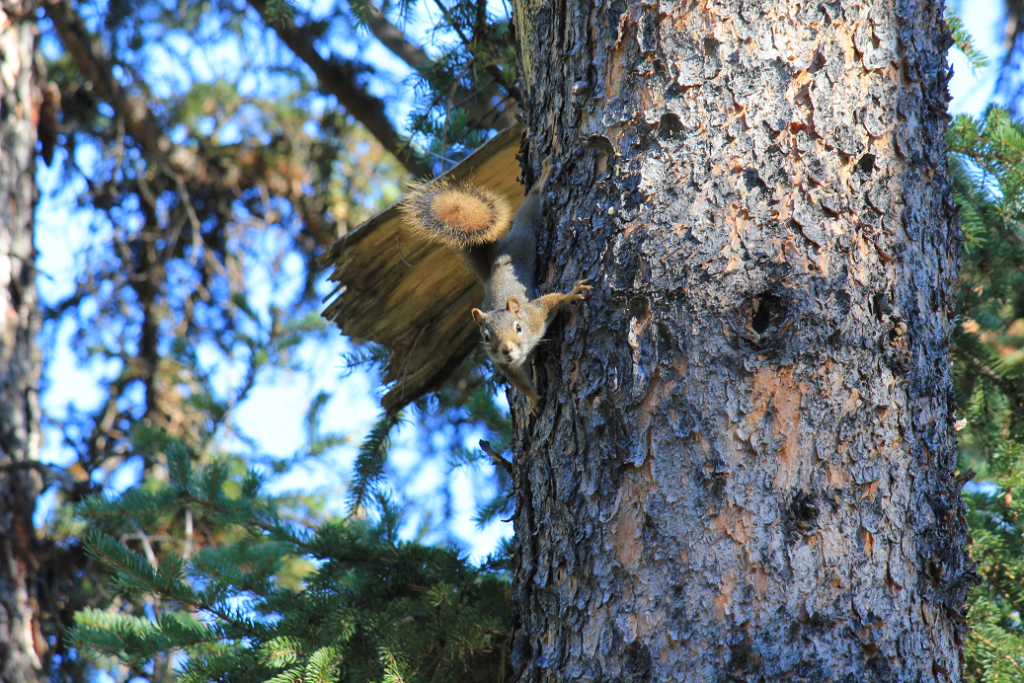 Our decision felt better as we saw the overfull Overflow lot a mile down the highway. Sunday was probably a bad day to visit. Monday would probably be a much better day, especially since we’d be leaving the trailer behind.

We arrived in Banff, to find they have a few different campgrounds close to town, one with full services and spots big enough for very large RVs, another with electrical hookups for trailers and smaller RVs, and the one we chose, for traditional camping, with fire-pits, and no hookups. It was very empty and the rangers spaced everyone out nicely. 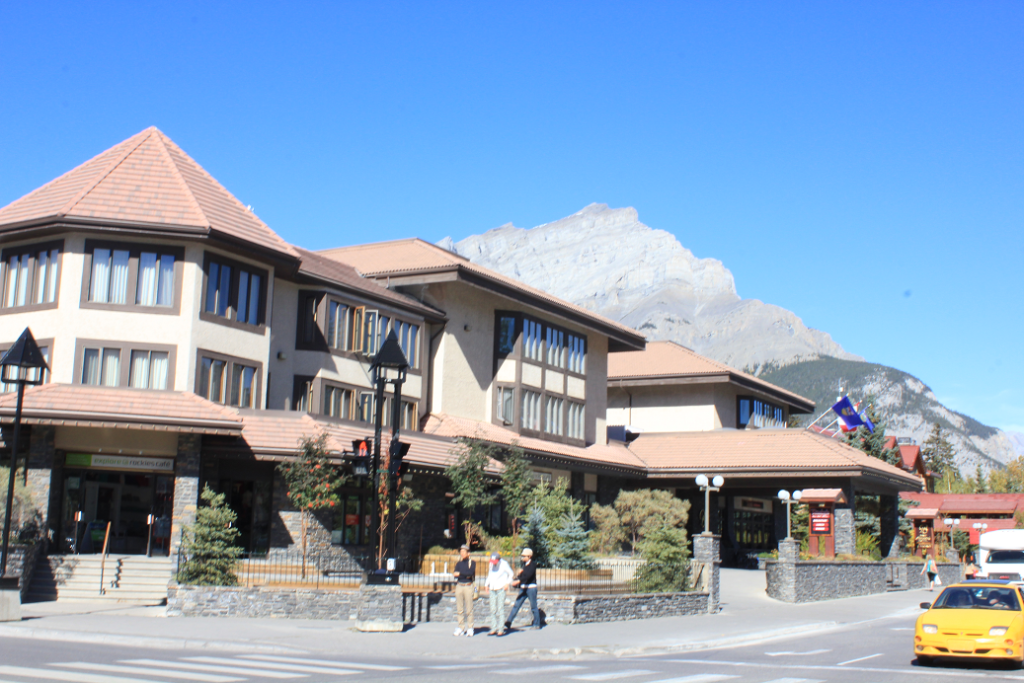 I’ve been to Banff a number of times in my life, but this was Harold’s first time, so we had to go down to visit the town. It’s a pretty town, but all the stores are mall stores. There is little of local interest, a few shops down the end. It cost us a small fortune to buy groceries, and it was almost impossible to bypass the organics. I went looking for S’more ingredients and had problems. Eventually I found marshmallows and a high-end expensive dark chocolate bar, but had to ask where the graham wafers were.

“The what?” the clerk responded.

“Graham wafers … for S’mores.” I said, holding up the marshmallows and chocolate. Her face said she didn’t understand.

“They are a type of cookie. You use them with this stuff on a campfire.” 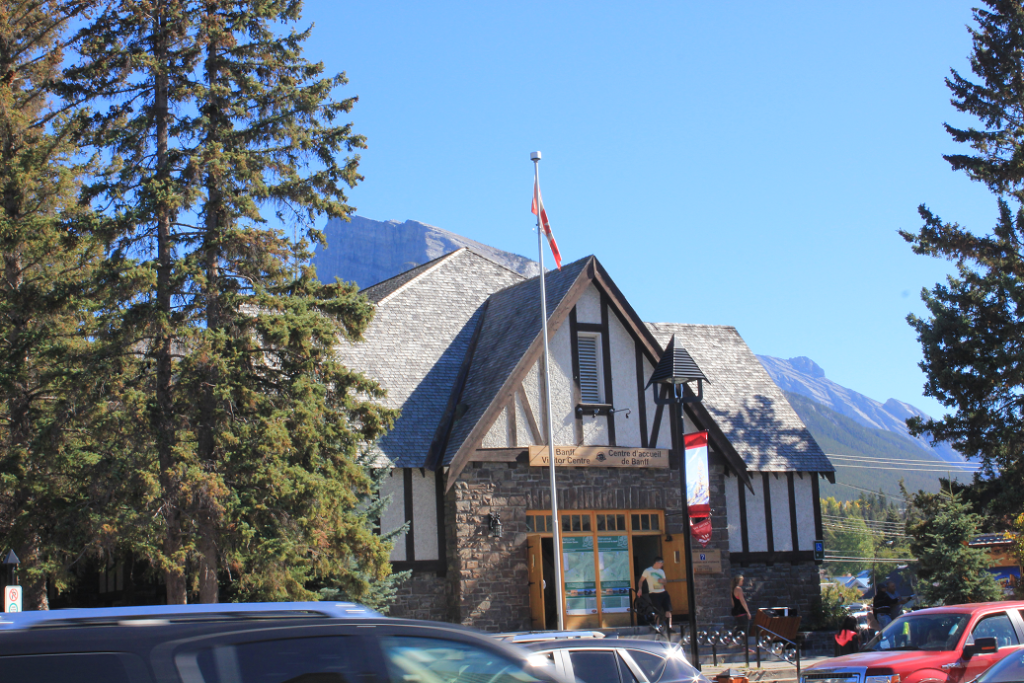 She still didn’t seem to understand but lead me straight back to the cookie aisle I’d already looked at and left me there. I was flummoxed. How could they not have S’more items in a camping town? I settled on some dark chocolate covered digestive cookies and put the expensive chocolate bar back. Harold thought it was a horrible idea, but I told him he’d see, it was a good choice.

Unlike Provincial and State campgrounds that charge you for firewood, Banff and Jasper charge you a daily fee for a fire permit and allow you to use as much wood as you like. It was about $8. It’s a very good idea. It stops people from bringing in their own firewood, which can bring in insects from other areas, and keeps the money in the park, the very place at risk of forest fires. 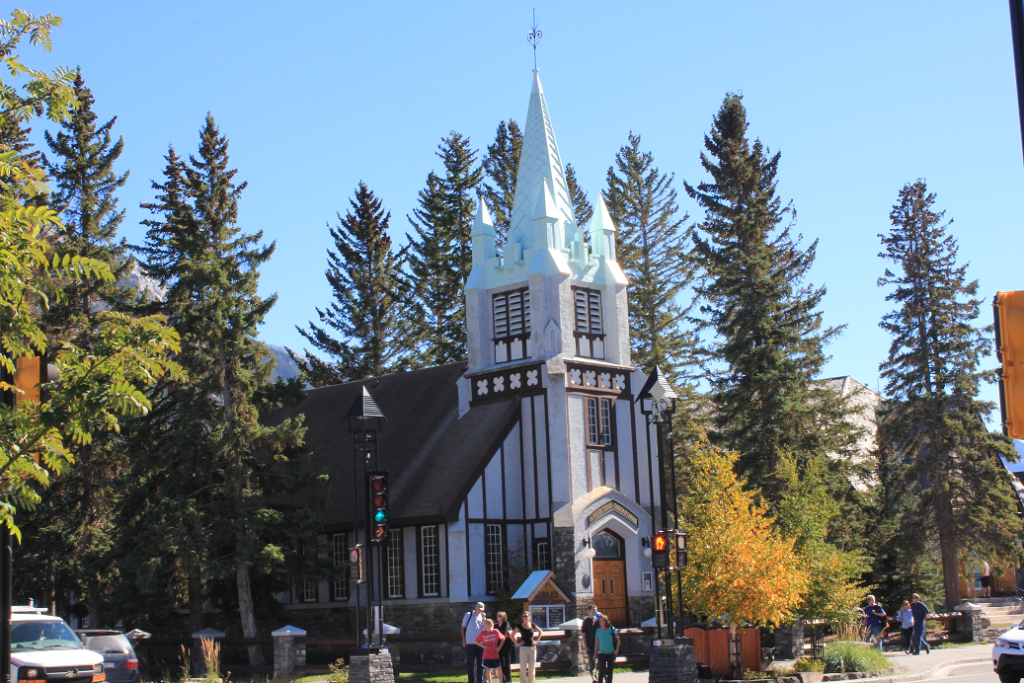 When we camp with other people, we always have a fire, but we’ve tended not to do so, when we are alone. We decided to change that, and have a fire, play cards, and drink wine.

Harold started the game claiming he doesn’t like to be adversarial with me, but his giggles and huge smile as he promptly kicked my ass all night, belied his words. He loves winning just as much as I do.

We finished off the night with a S’more. It wasn’t quite the same. The digestive cookie is sweeter than a graham wafer, but it was an acceptable alternative. Even Harold had to agree, it was better than he’d thought it would be.