We had planned to drive from Peachland to Roger’s Pass today, and got an early start so we wouldn’t get in too late. Things were going well, we were making good time, and we were looking to take a break and have breakfast on our way through Vernon. 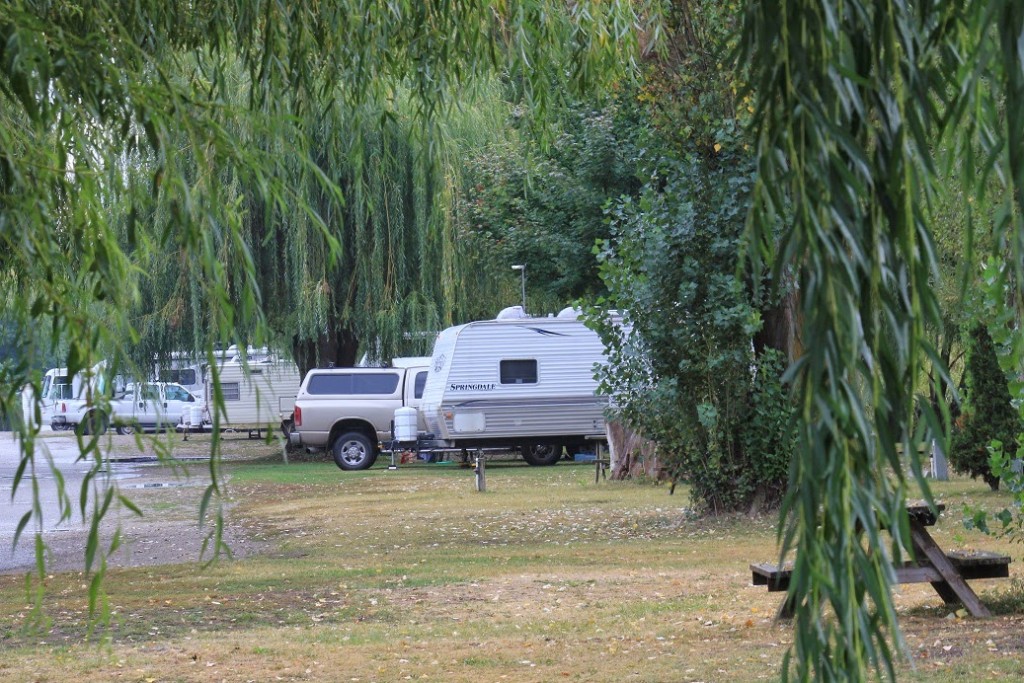 On the passenger side of the road going north, the land slopes down steeply to Kalamalka Lake. Driving in you get a beautiful view of the lake and valley and mountains on the other side of the lake. In my teen years, I spent 3 summers in Vernon at the cadet camp there, so I know it very well. I was lost in my memories, thinking of all the great and not-so-great times I’d spent there, and knew the camp was coming up in just a few minutes.

All of a sudden a big dark shape swooped up from down below, heading straight for our windshield. I could see it was a large bird but couldn’t think beyond about what type it was. It looked like it was going to be a close call, but I knew the bird was going to make it. Who ever heard of a bird flying into a vehicle? They’re too fast, right? 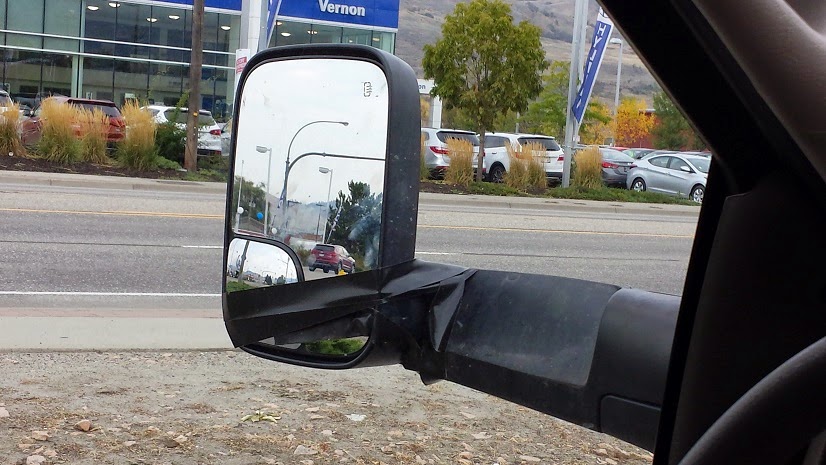 Well, the bird made it, and I was so relieved for both him and us but as he swooped over to Harold’s side, I heard a loud crash. I figured it had maybe hit the person beside us or something but then saw the driver’s mirror explode off and swing down to smash into the door and back up again, where it swung back and forth from a wire inside the arm. Seems heating wires in the mirrors serve more than one purpose.

I am sorry to say we have no idea what happened to the pheasant – I had called it a goose, but Harold corrected me. I’m not sure if I’ve ever seen a wild pheasant before, but this was definitely one. My mind kept going to the thought of what we’d have to do to fix the mirror, but then my feelings would reject that. How could I worry about the cost of a mirror when that poor bird may have just died out there? I’ve often thought about the strangeness of that – how one moment you don’t even know another being exists, and then you have an encounter and afterwards can’t stop wondering and worrying about them. I know I could cut off those thoughts and just be logical and unfeeling about all that, but I prefer not to. Of all the things we can fight in ourselves, I think the most important is to maintain empathy and not allow ourselves to get set in our ways. 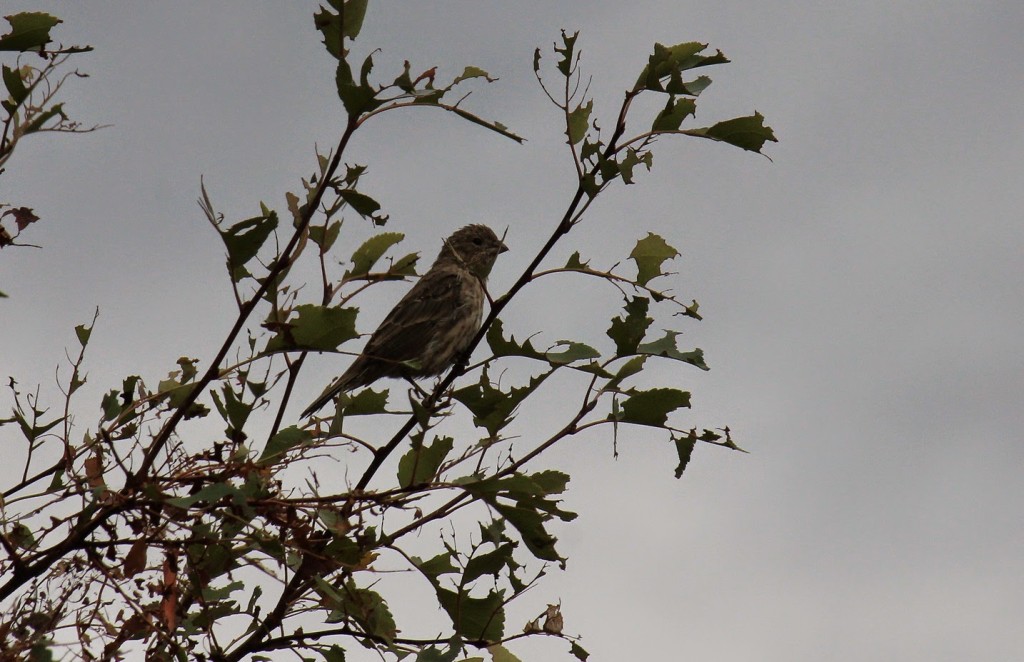 We turned into a pull-out to take a look at the damage. The arm was snapped off where it swivelled from tow mode to normal. It looked like we could maybe just snap it back in, but that was just wishful thinking. So out came our handy-dandy roll of duct tape, with which we managed to red-neck our mirror back into use.

I wanted to go back around and see if the pheasant was okay or in need of help, but the way that highway is and towing a trailer behind the truck, there is just no way we could do a thing. I’ll never know what became of him. I hope he flew off and is okay. 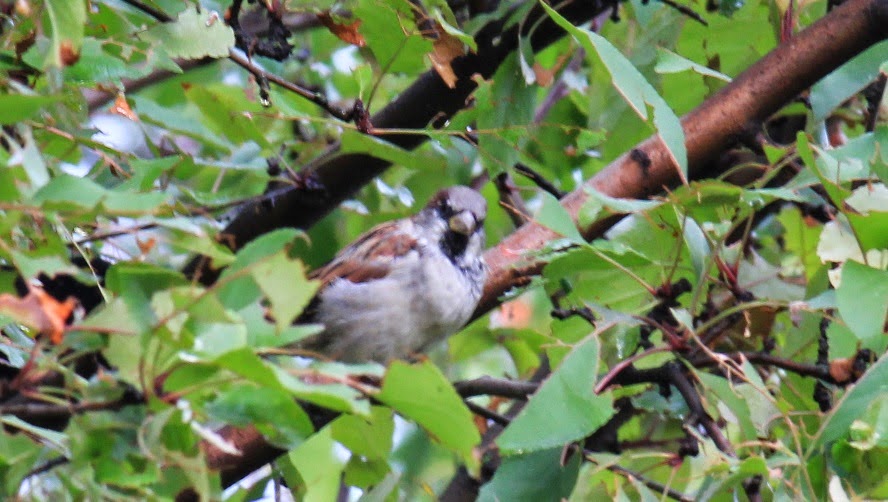 Luckily there was a Dodge dealer in town, and they could fix it for $400, Of course, our insurance deductible is $500 so we get to pay it all ourselves.

They can’t get to it until tomorrow afternoon so we had to find a campground in the area. We setup just down the road at a lake along the highway and went for a drive around town. We drove down to Kalamalka lake, which was pretty deserted, except for a Search & Rescue team. We found out later they were looking for a man who had disappeared on his walk two days before. Unfortunately they found his body down by the lake. 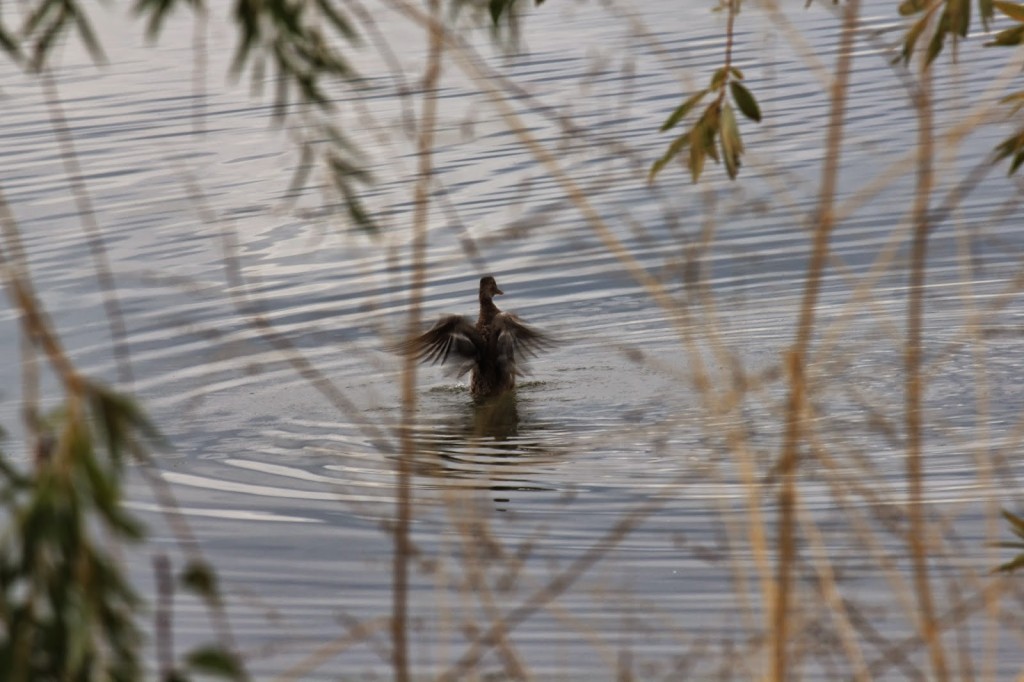 On our way back, a family of 3 quail darted out in the road in front of us, causing Harold to slam on his brakes to miss them. We managed to get back to the campground and took a walk around the lake. There were a ton of birds watching us. We have another two days of this.

Penticton and the Naramata Bench, BC