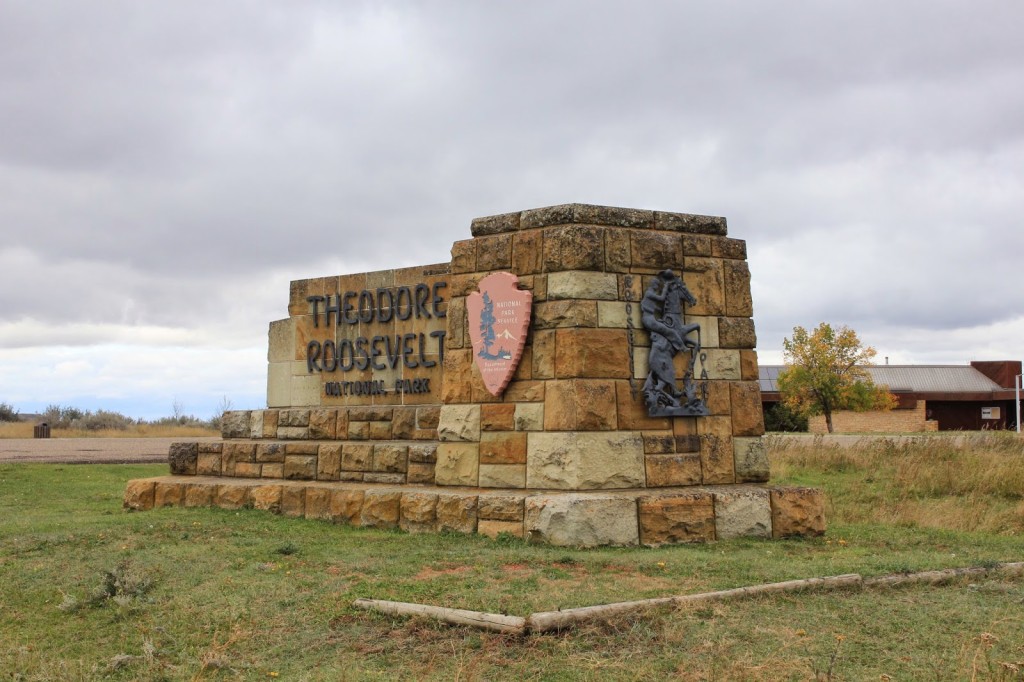 You enter Theodore Roosevelt National Park through Medora, ND, which is just 30 minutes east of Beach. It was rainy and cold as we drove in, but the rain was fine and insubstantial. With the mist and fog crawling over the big outcroppings of rocks and heathery landscapes, I was able to confuse myself into thinking I was along the seashore in southern Oregon or Northern California. Of course, the only Beach was the tiny town we’d just left behind and there wasn’t an ocean anywhere nearby. Not sure why I enjoy messing with my own perspective, but I do. 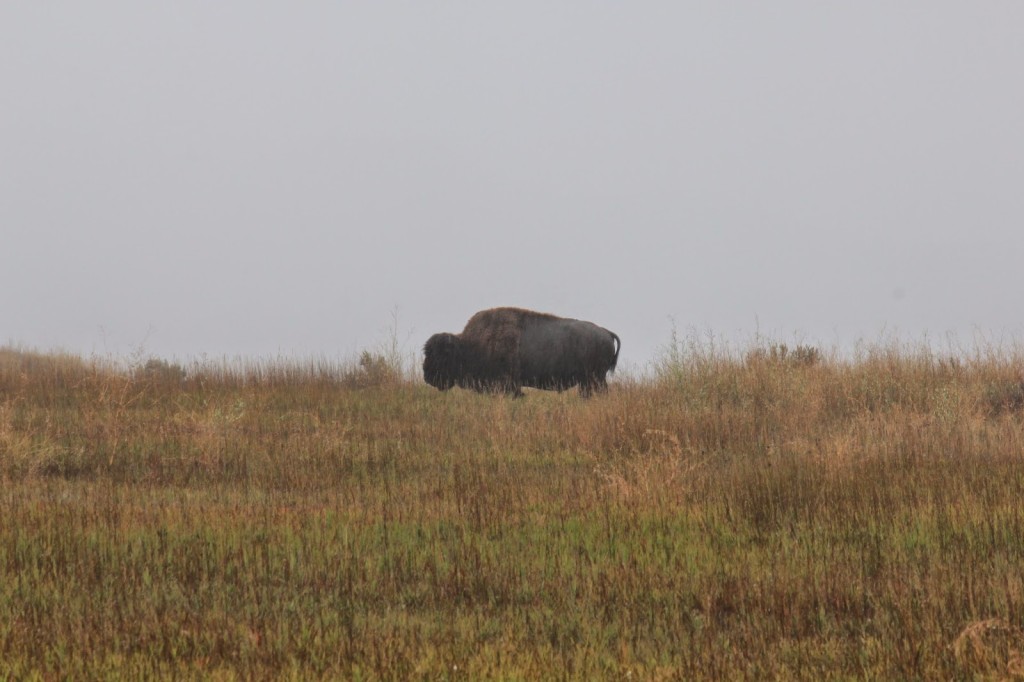 The sight of the first Bison emerging from the fog as we drove into the park was mystical, especially for Harold, being his first time. The Prairie dog town was so much fun to watch, with the thousands of rodents running and playing and jumping from one hole to another. You can’t possibly watch them and not find yourself laughing.

I had read that many people reported getting a good Verizon signal at Cottonwood campground in the national park, so we decided to go in and see how it was. It’s a really nice campground with big semi-circle drive through spots that overlook the plains. Half the campground was closed, but that wasn’t a problem since there were only 3 spots taken. 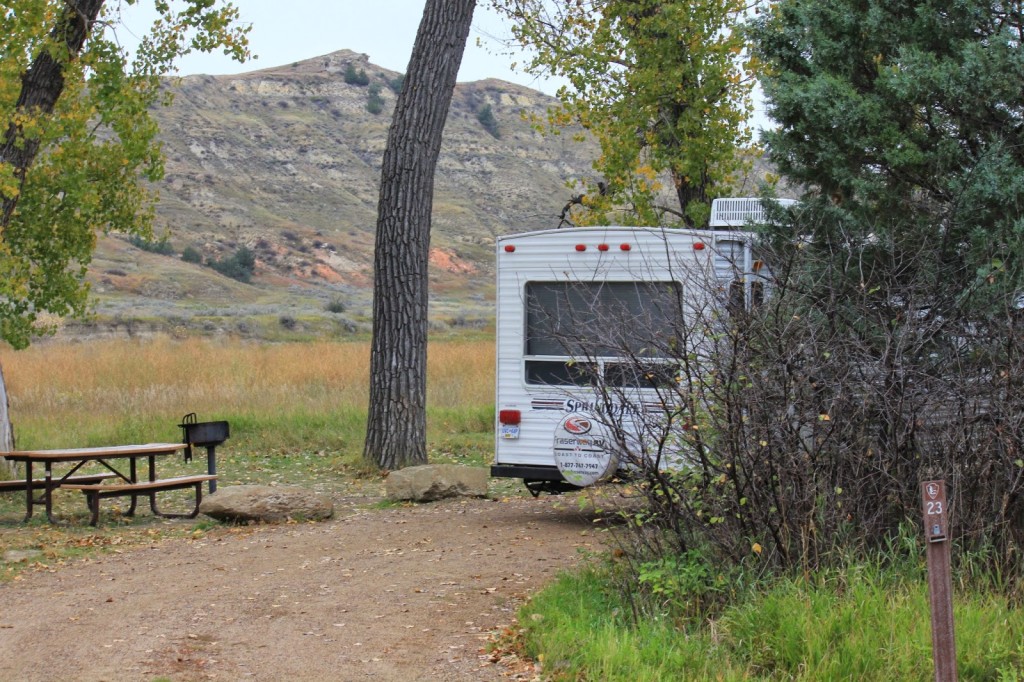 We picked one of the nicest spots and started checking for Wifi. All the way in, it had been good. We could actually see a cell tower almost all the way in. But the campground is in a bit of a valley and surrounded by trees and some hills. Try as we might, all we could get was two bars of 1x to 1 bar of 3g – neither good enough for our data needs. We walked through the entire campground, stood on rocks, found better and worse holes, but nothing good enough. It was so hard to leave, but eventually we just had to realize, we had no choice but to go find a place in town. If only we’d had a cell phone booster. 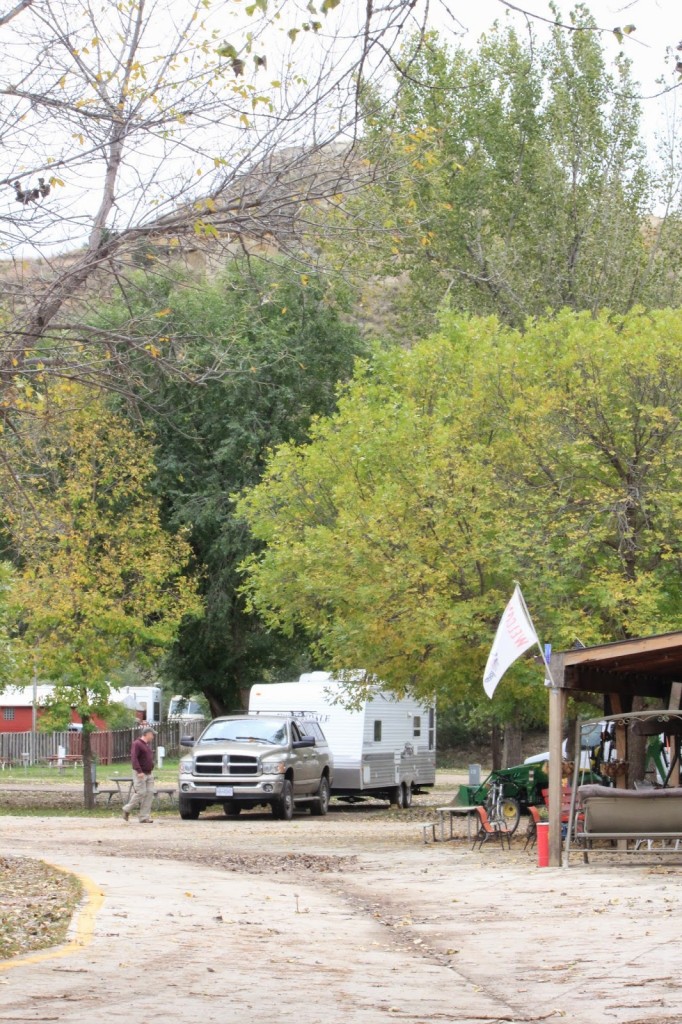 So we booked ourselves in for two nights at the Red Trail Campground. It was mostly empty. There were a few permanent RVs and about eight temporary visitors like us. It was reasonably priced, and had all the amenities, including cable, Wifi, laundry, a store, and was in a pretty location, up along a big rocky hill, with lots of trees in the campground. We grumbled a bit about having to be there, but it was a good alternative. We were just aggravated that we hadn’t yet purchased the cell phone booster we’d been planning for a while and that it had come to bite us in the butt. 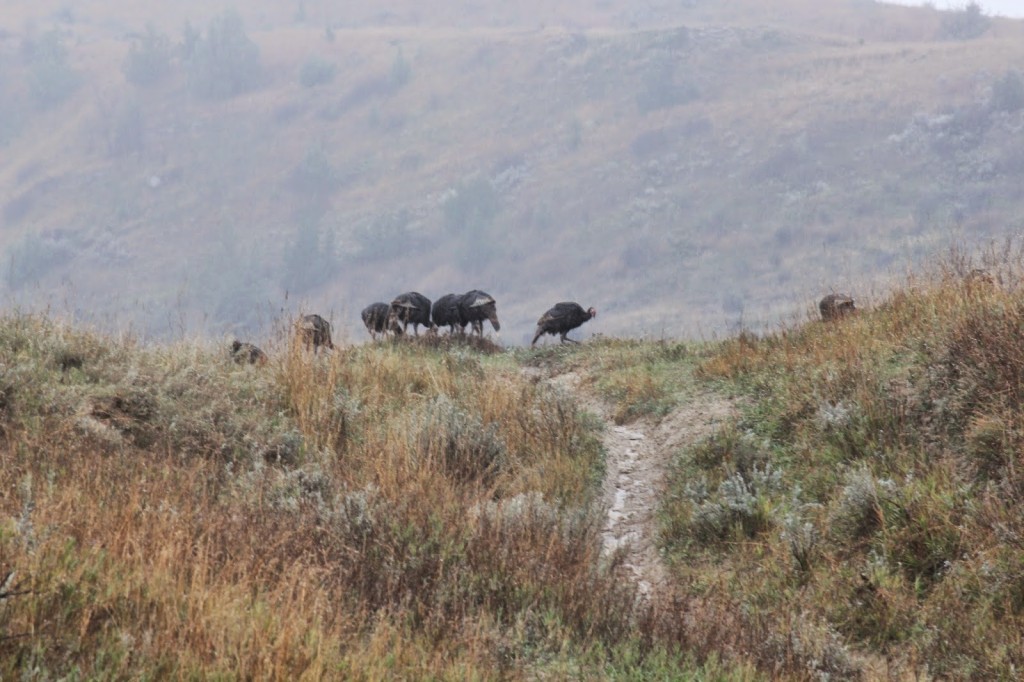 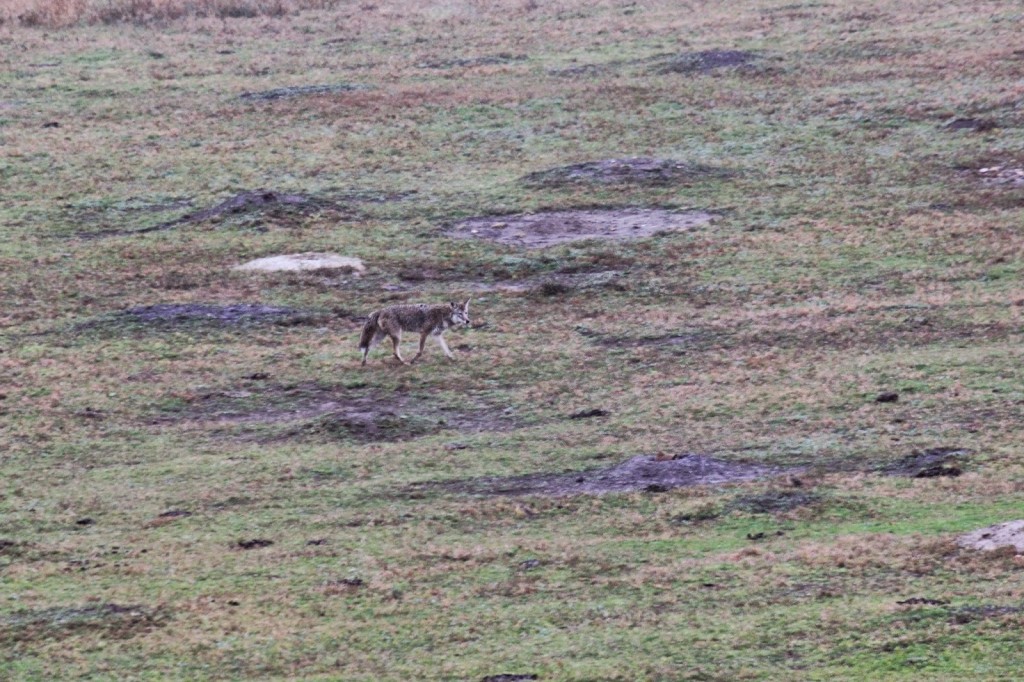 Teddy Roosevelt National Park is made up of three geographically separated badlands areas, covering 110 square miles. The main area, where we were, is the South Unit along highway 94.  It was named after the 26th President of the US, Theodore Roosevelt, who first came to the badlands to hunt Bison in 1883. He fell in love with the area and invested in two ranches, spending a good deal of time there and wrote about it for papers and magazines, his experiences leading to his conservation policies as President. After his death, the lands became a recreation area, which then became a Wildlife Refuge. In 1947, President Truman changed it to a National Memorial Park, and in 1978, it became a National Park. 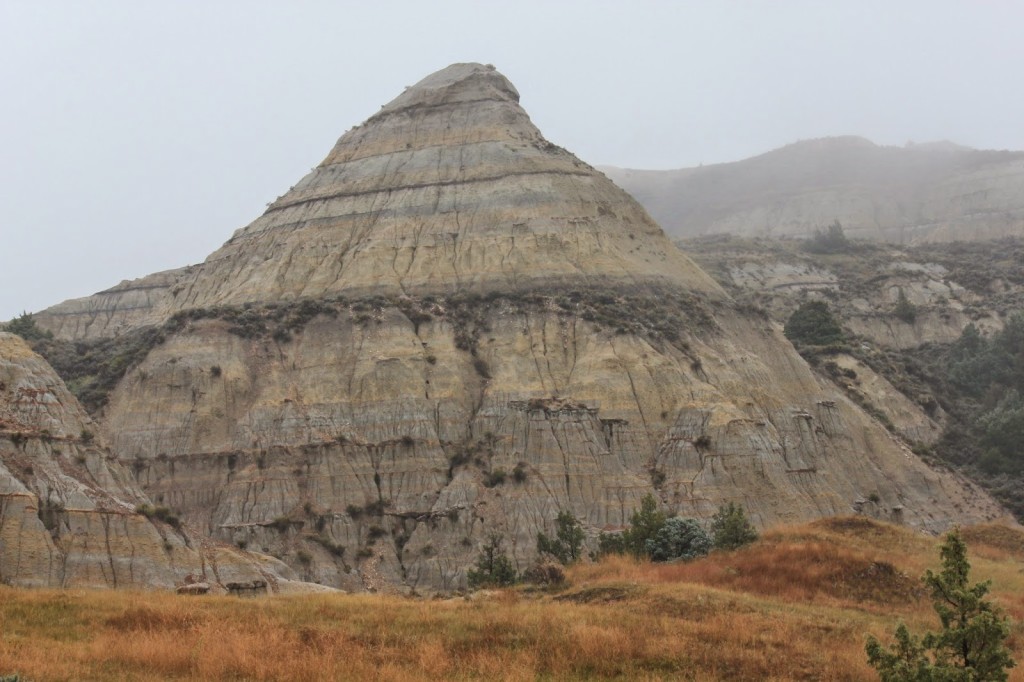 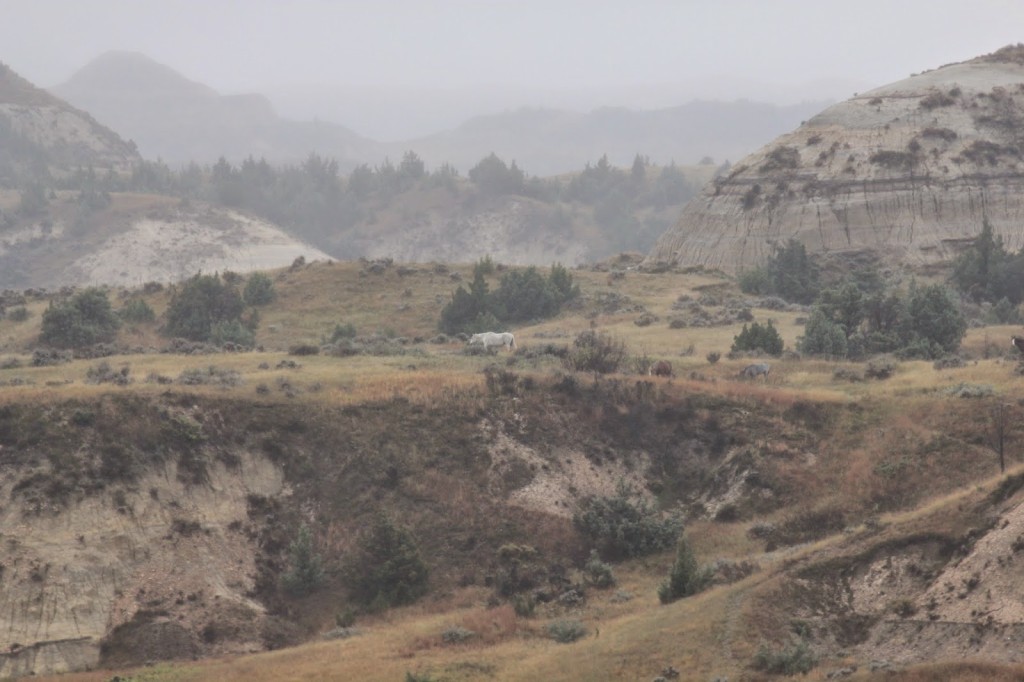 The park has approximately 100 miles of horse and hiking trails, but people come here mostly to take the scenic drive and view the wildlife, including bison, feral horses, elk, bighorn sheep, white-tailed deer and mule deer, prairie dogs, black-footed ferrets and at least 186 species of birds including golden eagles, sharp-tailed grouse, and wild turkeys. We didn’t see all 186 different species of birds or any ferrets but we came across everything else, including a coyote hunting at dusk in one of the Prairie Dog towns.

“Go faster Harold! I don’t want to see him eat one!” 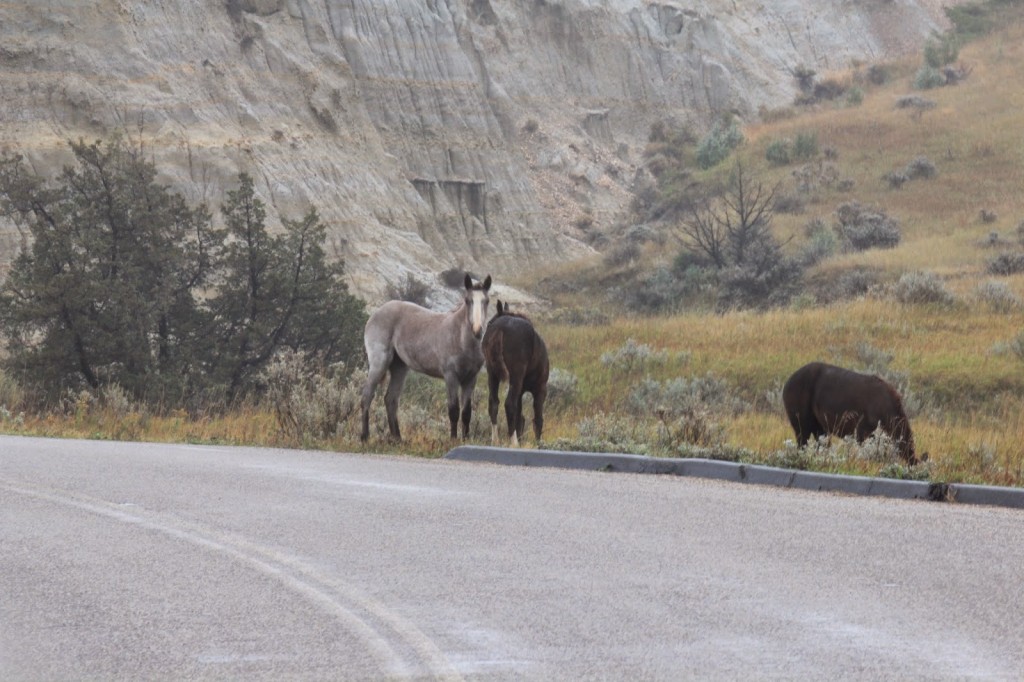 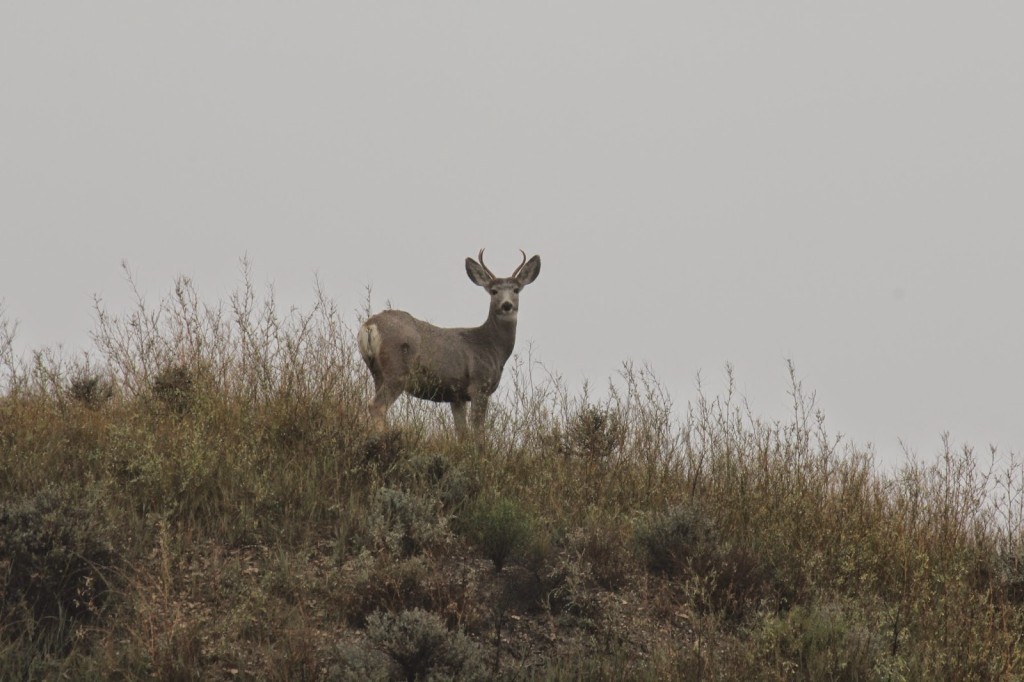 The feral horses and bison rule the land here. They are slow and lazy. We were forced to wait as bison blocked the roads at certain points and had to slowly follow a herd of horses down another section of road. They use the roads to more speedily get from one grazing area to another and they don’t care who they hold up. We certainly weren’t complaining though – it was such a treat to get to follow them, except when we had to drive around their leavings. 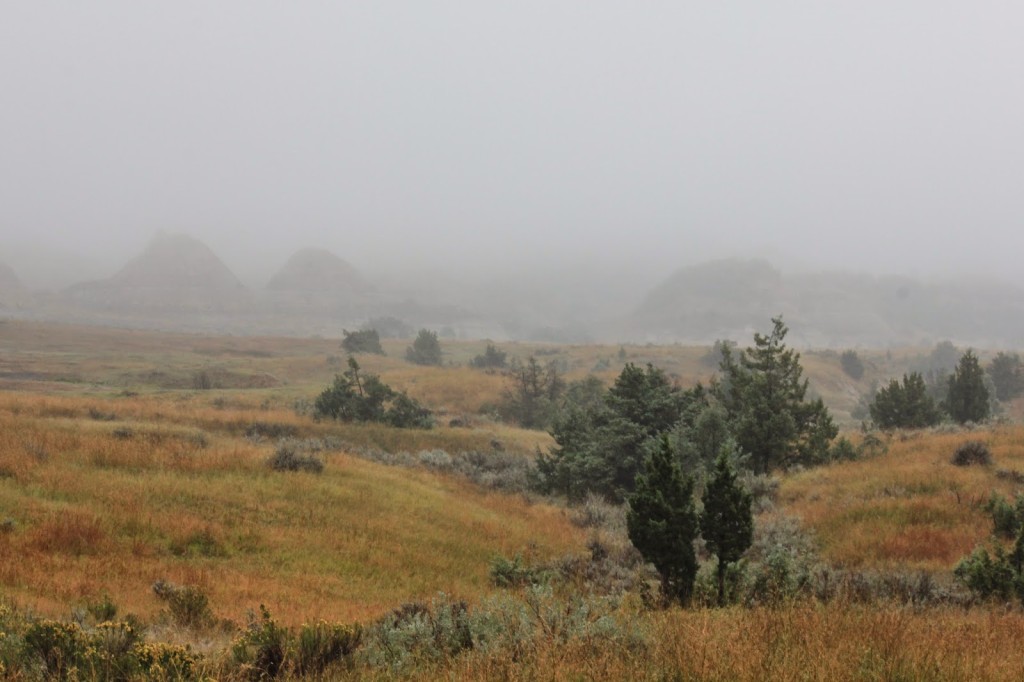 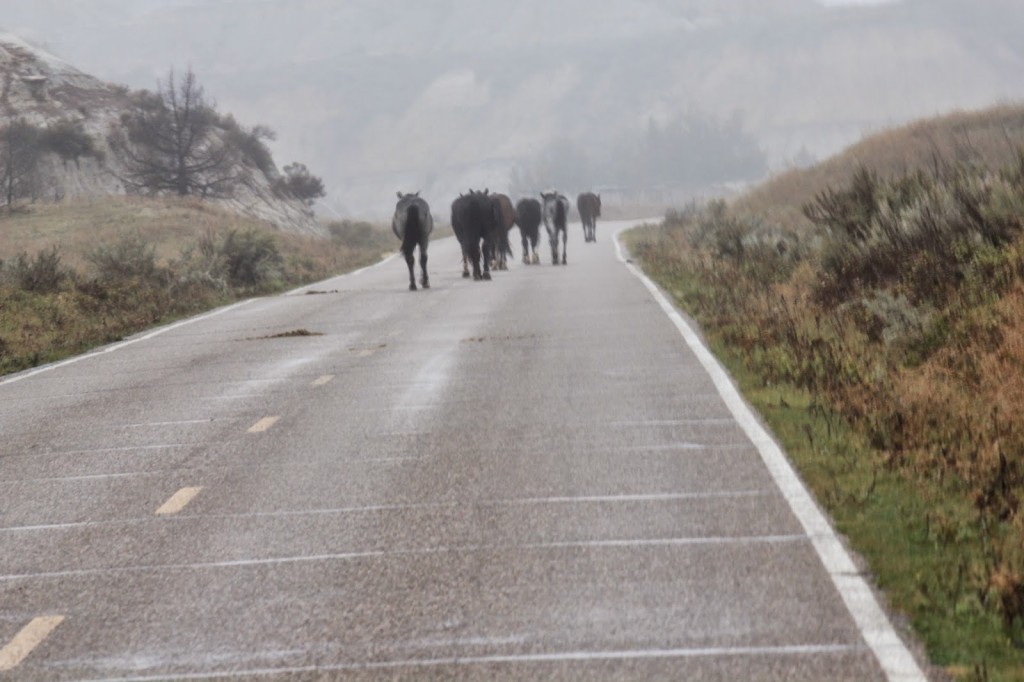 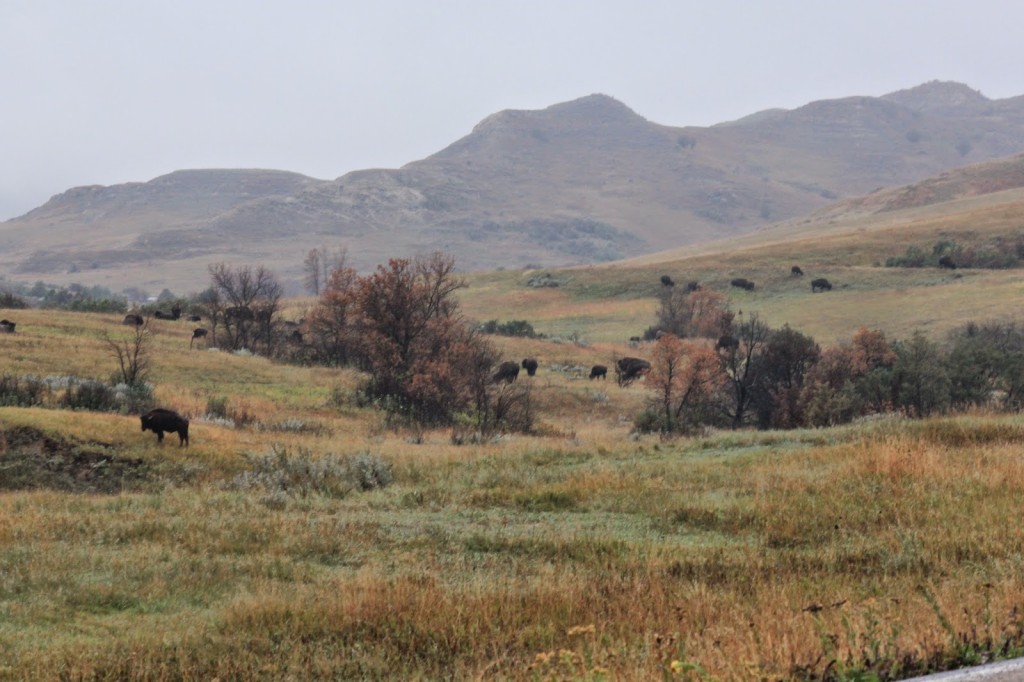 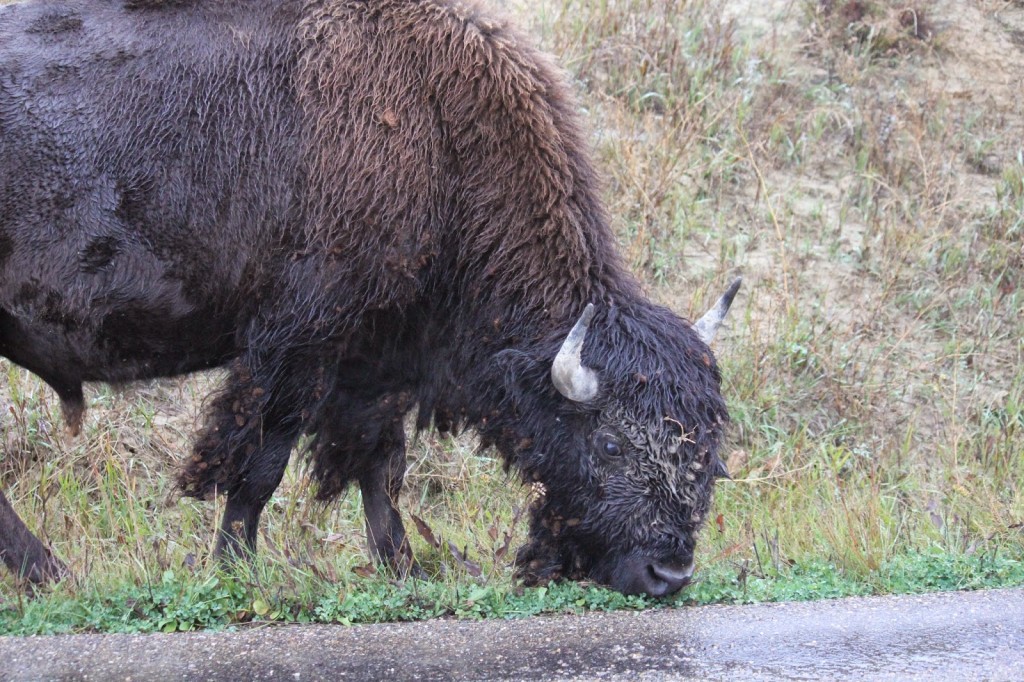 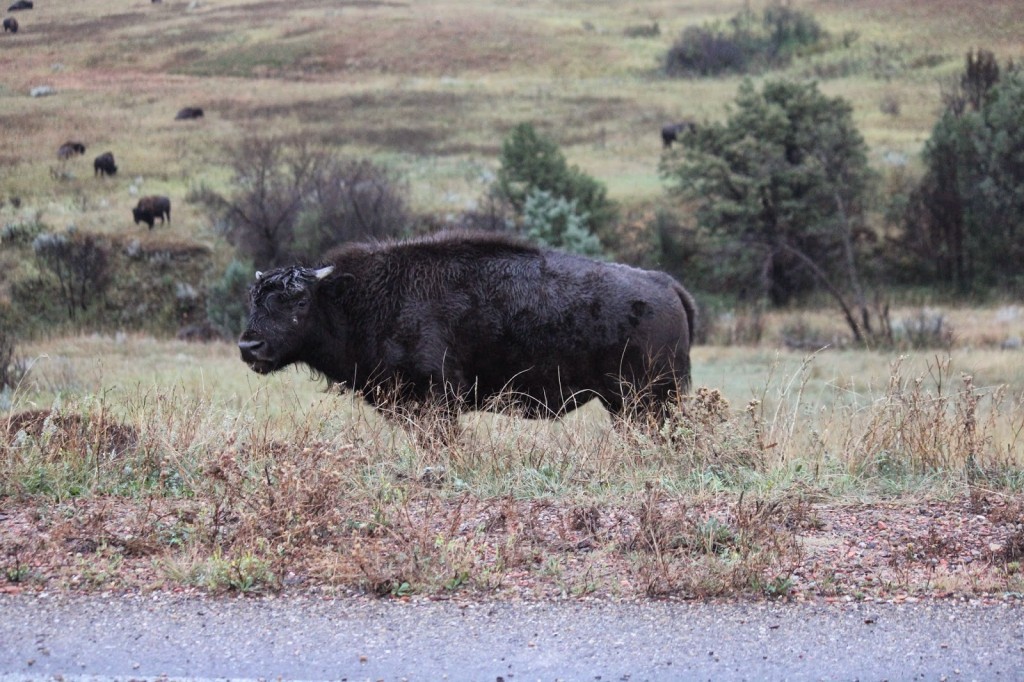 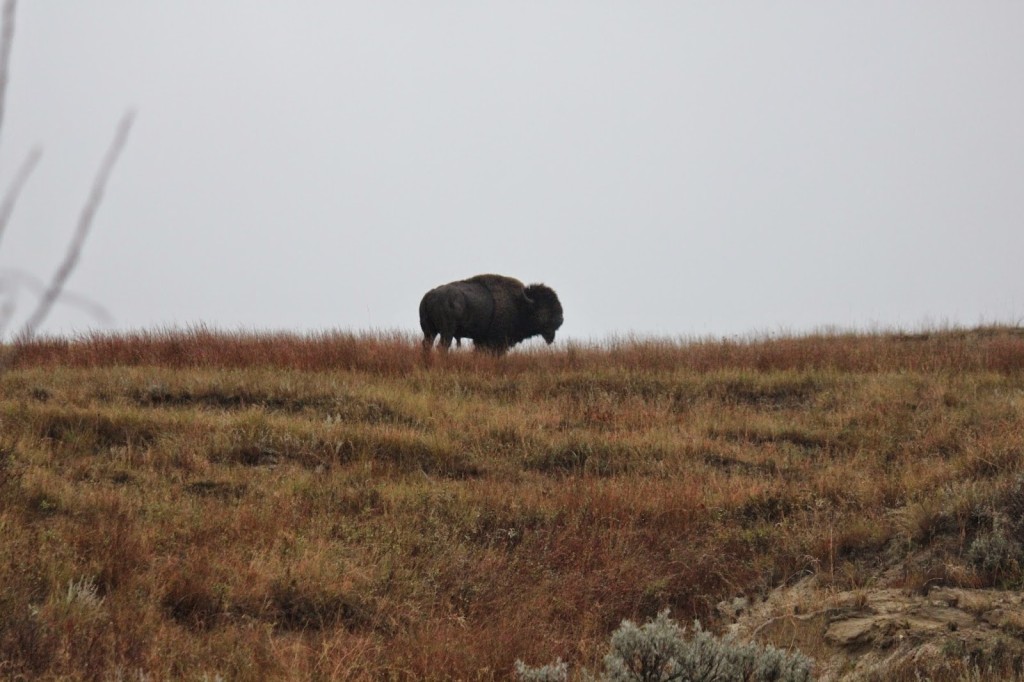 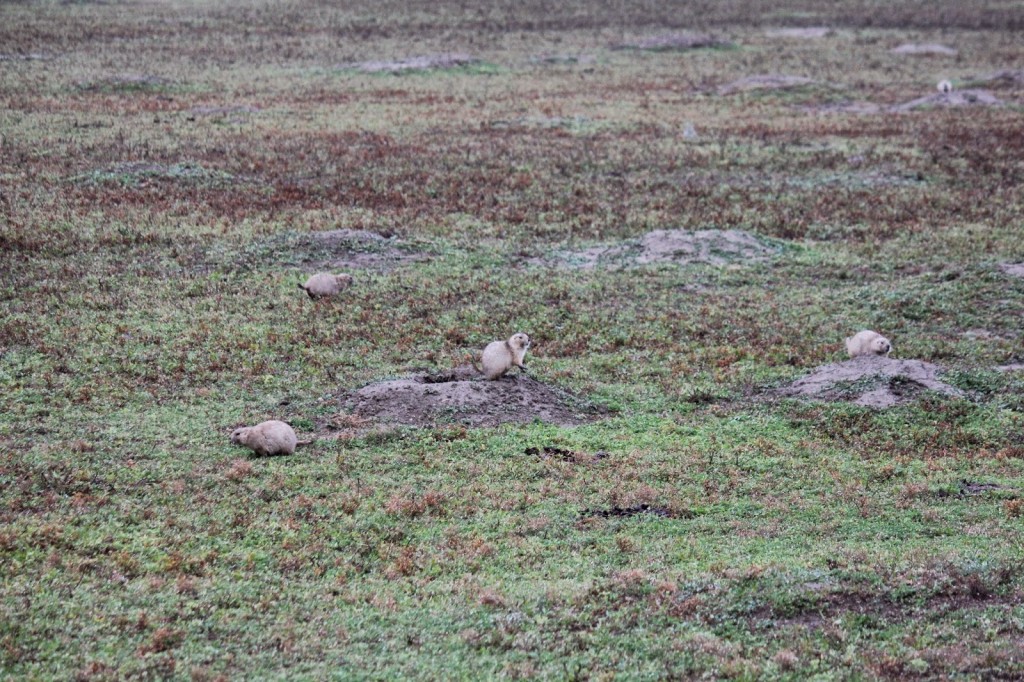 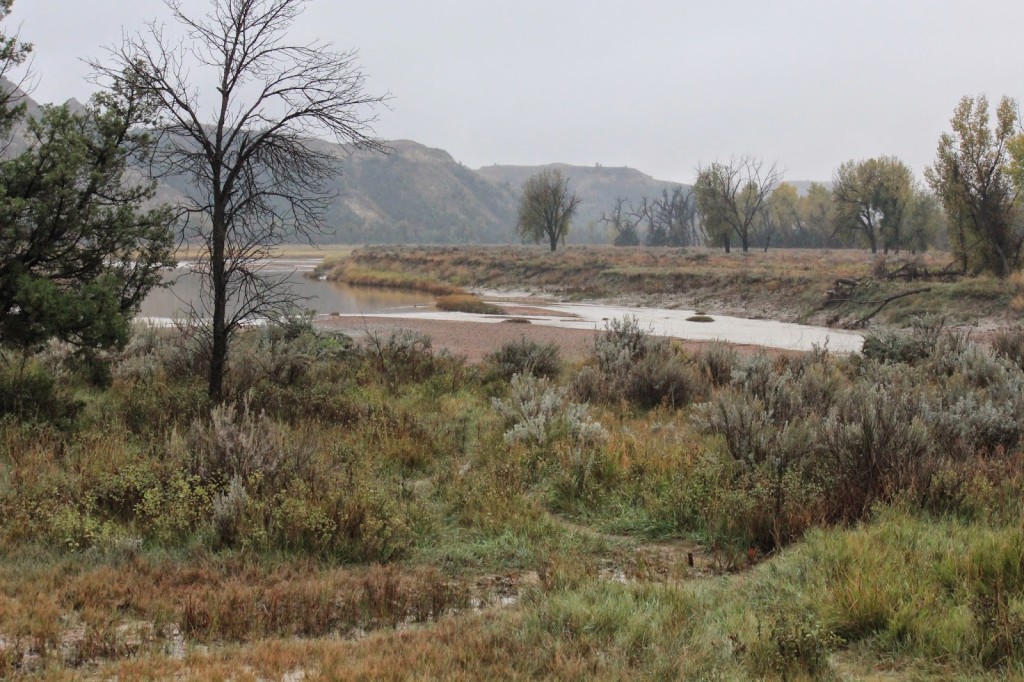 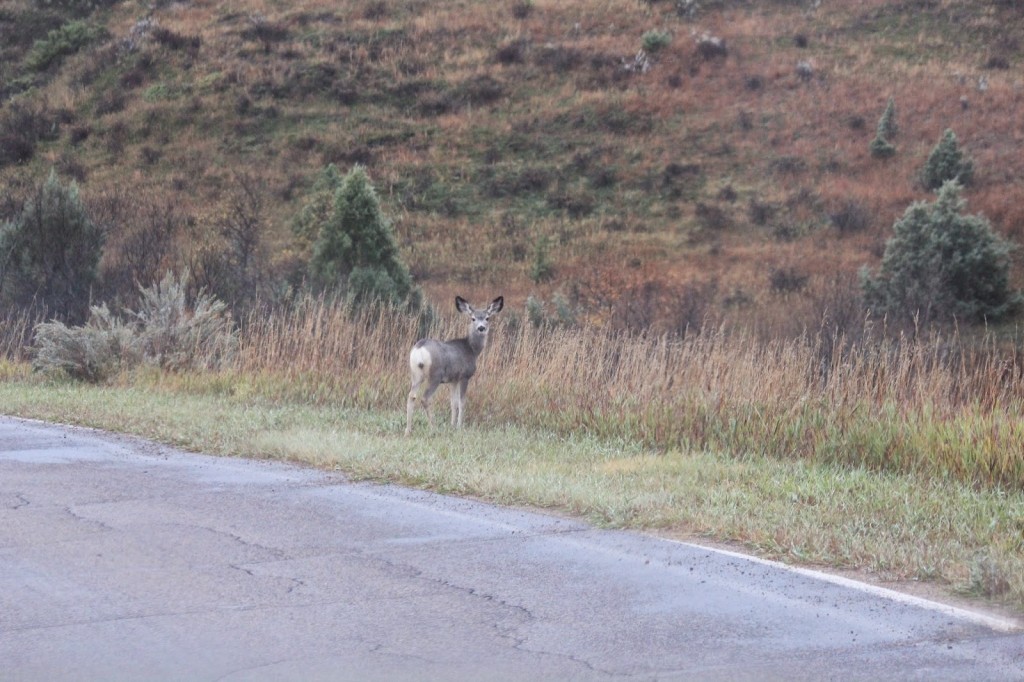