Los Algodones is the place to go if you want cheap dental work or pharmaceuticals. Like all the other border towns, nobody even talks to you when crossing the border. We parked on one side, walked through a short pathway and then we were across the border and right into town. 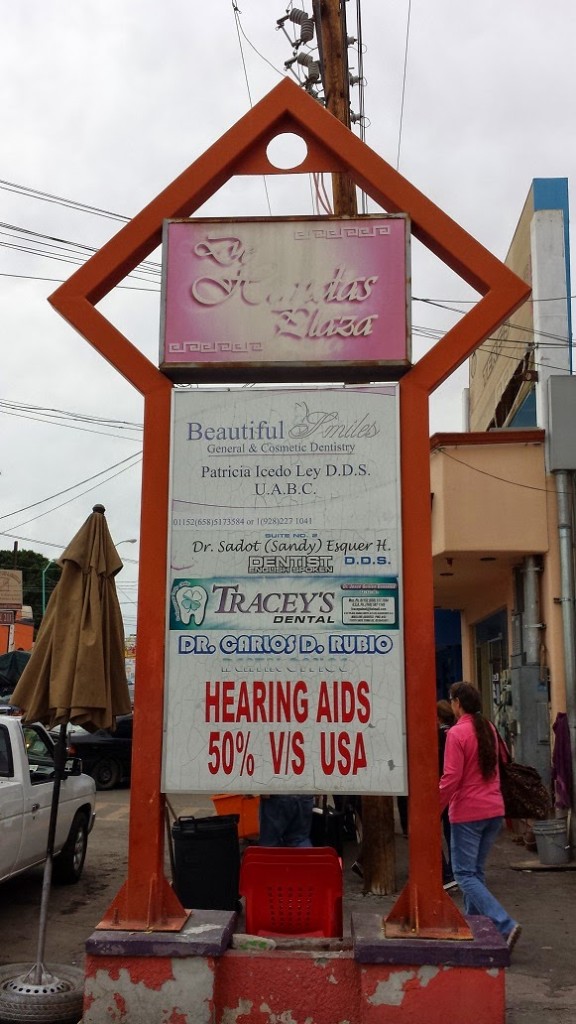 As soon as we got onto the street, we were accosted first by men who wanted to take us to the dentist or to get pharmaceutical drugs. We shook our heads, said “No gracias” and kept walking. Past them we got up to the merchants trying to sell us jewelry, ponchos, dresses, purses, and loads of other stuff. They all try to lure you in, and if you dare to stop, they won’t leave you alone. They want to show you more and more items.

Most people cross the border in the mornings, get their dental work done and go back in the afternoon. Since we came over in the late afternoon, we seemed to be the only gringos looking at the wares along the street. The extra attention made me uncomfortable. I don’t really enjoy bartering. I prefer to just be told a price and pay it. I kept feeling the need to run away when they wouldn’t just let me look and ask, but as we made our way down the streets, I realized I wasn’t going to buy anything if I kept doing that. I stopped, and bartered and bought a few things: earrings, a necklace, and a purse. Then we went back to saying “No gracias” and went off in search of a cantina for dinner. 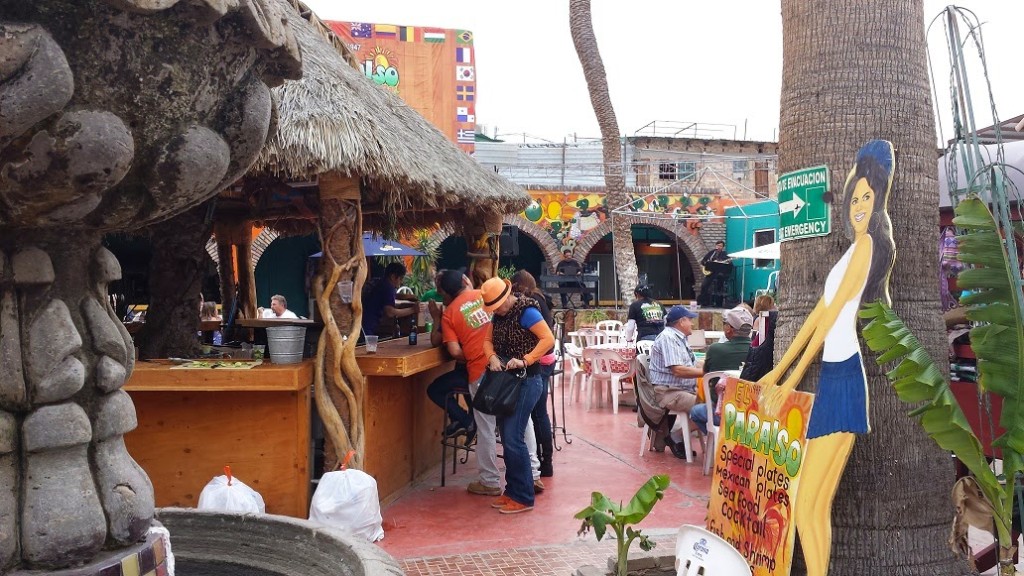 We found a colourful cantina with a huge bar and restaurant that caters to gringo tourists. I had a huge strawberry margarita and Harold had a cerveza while we listened to the Mexican band singing American hits from the 70’s and 80’s. Looking around, there were lots of pretty drunk and half drunk people, singing and dancing and drinking. The service was pretty horrible, but the food was passable, and the Margarita was good, and I could even taste the tequila in it.

In the block before we got back to the border, we were hit up over and over by old women, small children, and disfigured men and women. I always give money to people in need, but never to people who use children to beg. We were out of all our small bills by the time we got into line and just had to keep reiterating “No dollars” to the rest, along with all the other people in line. It makes me feel so sad and guilty to see the stark poverty, in the face of our own prosperity. I’ve felt the same way when overseas, but this seems so very close. It’s just a wall separating them. From the parking lot on the US side, you can look over the wall and see the streets of Algodones. 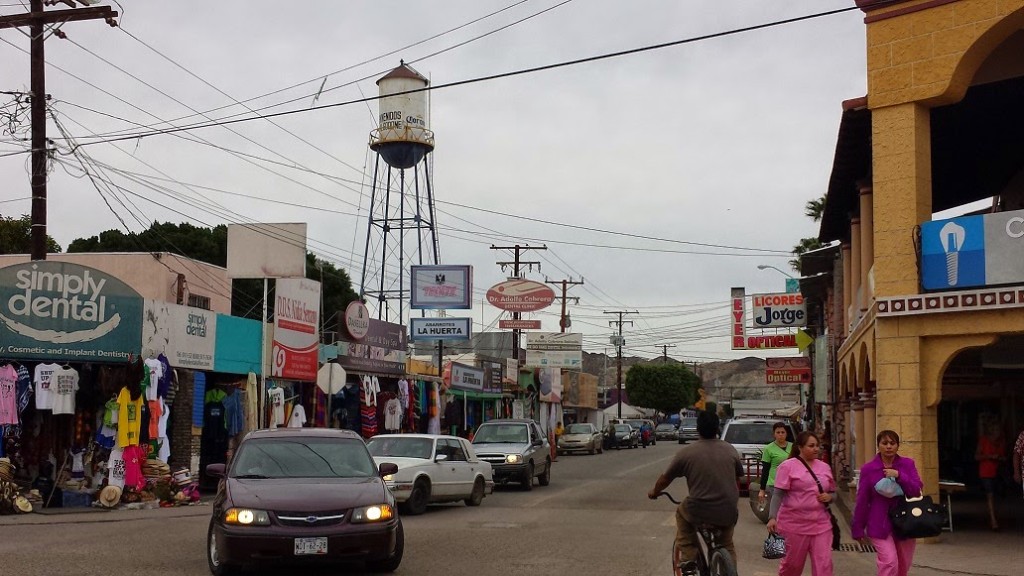 The line going back was longish. We’d been told it can sometimes take an hour and a half to get back into the US, so we were prepared to wait a while. The line wasn’t bad though, people were happy, half boozed up, and chatty, so we had a good time, and it only took us about fifteen minutes before we were back in the US again.