We only had a 2 hour and 38 minute drive from Yuma to Why, AZ. We had to get tidied up and ready to go, drive up to the pay water booth and fill our tank and empty bottles, dump at the 76 Station, withdraw some cash from an ATM, and buy a Bota box plus a few vegetables from the Walmart on the way out of town. Starting early seemed to be a very safe idea.

I guess by the time we were driving down the road from the Cocopah Casino, we were already behind schedule. Water took a while, and dumping took a while. Waiting for Harold to be done, I got to watch and listen to a woman screaming on her cellphone to some unfortunate support person.

“Do I have to come in there and ram this *bleep*ing phone down your throat? I’d go to AT&T except you *bleep*ing idiots have me locked in! NO! NO! NO I will not settle down! Don’t you *bleep*ing tell me to settle down, you stupid Verizon *bleep*sticks! Do I need to tell you my *bleep*ing story for the *bleep*ing 50 millionth time?”

She kept going on, and on, completely out of control. My bad side was having a good laugh, and my better side was wondering if I should be more empathetic. My bad side won out but I kept my snickering to myself. I sure didn’t want that anger turned on me. You just never know who might be carrying a gun in these parts – besides, it’d be rather rude.

Next stop down the road was the Walmart on the way out of town. We pulled up in the parking lot alongside a big brown Beaver RV.

“Gene!” We both exclaimed together as he came walking out the door to say hello to us. Gene and his wife had parked out in front of us at Quartzsite for 9 of the 10 days we were there. A couple of days after we had been in Yuma, we saw him pull in, right across the road from us at the Cocopah. And now here he was again. Turns out he’s on his way to Why, just as we are, so I suspect we’ll see him again. 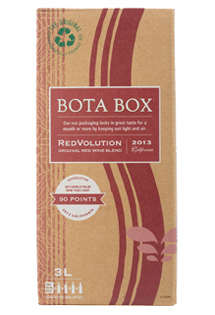 The Walmart out there on Hwy 8 is one of the bigger ones, what they like to call a Supercenter. This one I’ll call a Super-letdown. Dog poop bags? None. Bota boxes? Chardonnay only. (We’d managed to clear out all the Redvolution ones from the other Walmart already. One for us, one for my parents, and another when we finished the first. We wanted one more, just in case.) Cucumbers? Only the yucky field type with the thick skin we both dislike. But you can get anything you want in a Duck Dynasty pattern. Messed up priorities is what it is.

An hour and a half later, just before we turned off highway 8 to head south, we realized we’d forgotten to withdraw cash. My parents had told us there wasn’t much down in Why so we worried we might not be able to get cash again before heading into Mexico. We stopped at Loves, the only place showing on Google maps with an ATM, Of course it was one of those little rip-off machines that looks like you could carry it out yourself. I have never tried to pick one up, but I’m betting they are harder to run off with than they look. 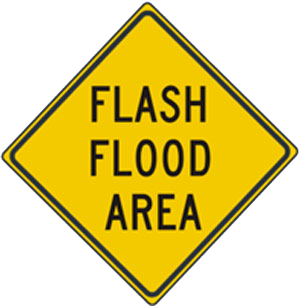 After grumbling at the $3.95 charge for withdrawal (with the recent nosedive in the Canadian dollar, that’s a small fortune to us.) I gritted my teeth, covered the keypad with my hand so no cameras could see what I input and got my money. Before walking away, I made sure to drag my fingers over all the keys. Not to make sure I pick up every nasty germ in that place, but to make sure nobody can steal my pin with an iPhone thermal camera. Yes, that’s a thing.

Looking south down the road, we could see nasty blackness coming towards us. This area is one of the driest areas in the world. They only get a tiny bit of rain per year and that’s usually in the summer. Ten minutes later, we drove into a wall of driving rain. “FLASH FLOOD AREA” the sign warned at the same time. “Just lovely!” The next 40 minutes I spent trying to peer through the windshield, sure we’d be wiped out at the next wash dip in the road.

We had wondered aloud to each other “Why is the place called Why anyway?“ which then got us started. 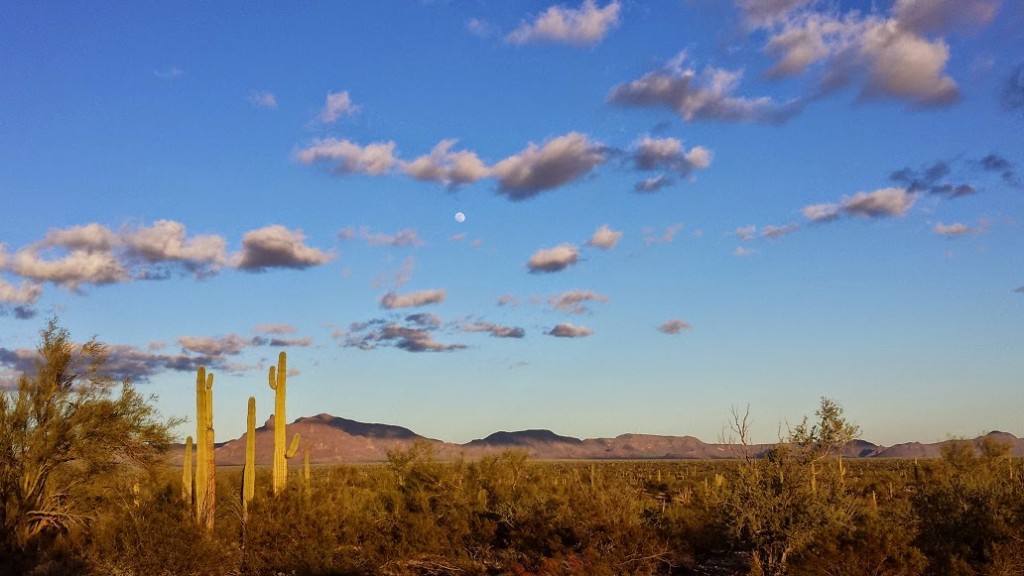 Turns out the name has nothing to do with the question. It was named Y because it is at the Y intersection of highways 86 and 85. Arizona law said that a city name had to have three letters, so they changed the name from Y to Why. Why three letters? I don’t really know Why, but I read that the law has since changed.

We’d decided to stay at the Coyote Howls RV park instead of more boondocking on the BLM because we’re only staying here for the weekend and we plan to be gone all day, both days. We feel better about leaving things in a more secure area. And with all this rain, and absolute dark black skies, it seemed like an even better decision.

Of course that was before we turned down a dark, dark road and went right past the park and into the pitch black of what we don’t know. With nowhere to turn around we had to backup all the way to the last lit spot. I left Harold and the dogs all warm and cozy in the truck while I wandered out in the driving rain without even a coat – good Vancouver stock that I am! “We don’t need no stinking raincoat!” is our city motto after all (Not really. I just made that up. But, you know, it should be!) and not even a flashlight – “Oh they’re all in the trailer and you probably don’t want to track all that mud in there.”

Thankfully, a man in a big motorhome saw me and took pity. He took a while getting his boots and raincoat on.

“Haven’t had to use these since one afternoon last August!” he said as he directed us through the darkness to the RV of the manager.

“You have the absolute last spot! It’s right beside the office so no partying from you tonight, I hope!” laughed Earl, who used to live in Ketchikan, AK and once drove past Vancouver.

“One thing we know on the west coast is rain! This is nothing!” We agreed. I’m just hoping we don’t find ourselves down the other end of the park come tomorrow morning.

“Tracey, the rain is not going to wash out the trailer supports tonight.” Harold promised me.

“Why are you so sure of that?“ I responded, but it made me feel better, even though I didn’t 100% believe him. I guess we’ll see in the morning. In the meantime, I’ll make us some blackberry-jalapeno margaritas. 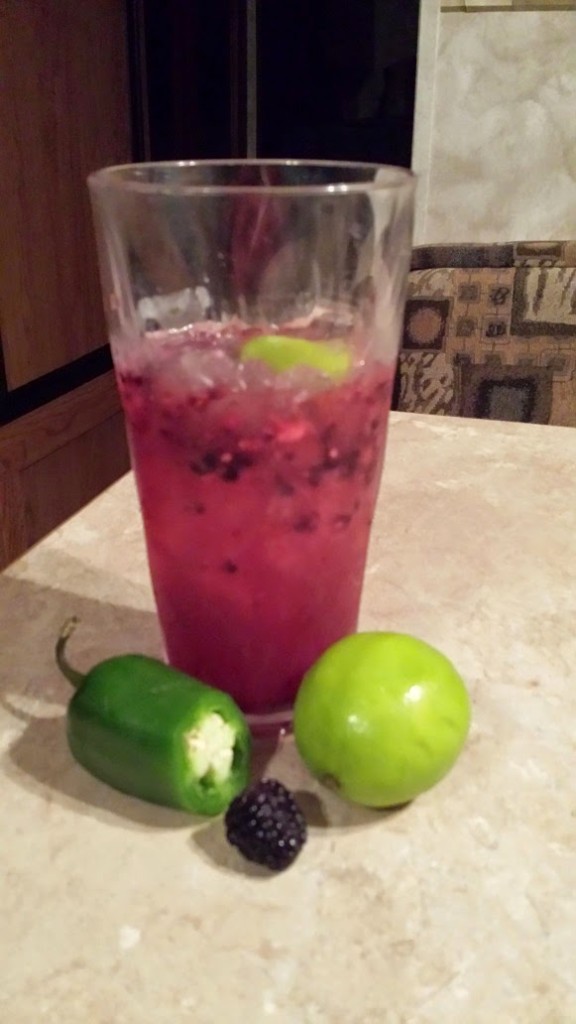 Cheapest alternative: Gunsight Wash BLM
Price: $0.00/night
Includes: nothing, find your own place to park and camp
Cell & Wifi: Verizon – 3-4 bars of 4G LTE.
Antenna tv reception: Nothing at all. Go out and enjoy the beautiful desert.