Laughlin, NV – My first try in a card room

I don’t believe in luck. Things either happen – or they don’t. I do understand the statistics of chance however. If I throw a quarter in the air, the probability is that 50% of the time, it will land and show heads. So why is it that I always pick heads and I usually win? Would you call that luck?

You can affect change by using skill and knowledge. With a coin toss, I can affect the results, to alter them slightly. If I have control of the coin, and I start it in a position with the head up, I increase my odds by 1%. On the flip side, it’s been found that if you use a penny, tails will come up 80% of the time because the head side is slightly heavier. Casinos make sure they come out the big winner, in the end, by putting the odds on their side. In effect, they weight things so that they will come out the winner more times than not. 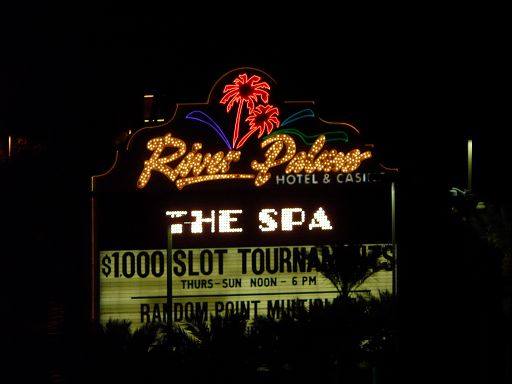 In a card room, it’s different. Casinos take a percentage of the winnings instead of putting the odds on their side. It means that they don’t make as much as they do on machines and other table games. For this reason, in the early 2000’s casinos were removing card rooms, but public demand for poker has forced some casinos to put them back in to be competitive.

Last year, when we were in Laughlin, I couldn’t lose. I just kept winning. It started with the $50 door prize I won at the Golden Nugget casino, and just kept going. We’re not big gamblers, and we just stuck to the video poker machines that visit, but it was great fun sitting there, drinking free drinks all night, and leaving each casino with yet more money than when we started. After our four days there, free drinks, meals out, and some shopping, we left town with $100 more than we came with. Not a huge life changing amount, but it felt good. Like a “Hah! We beat you Laughlin!”

My stepfather is a really good card player. He loves it, and he’s very skilled. At home he plays Texas Holdem everyday online, and when they come to Laughlin, he likes to visit and play in the card rooms. We consider him to be our resident card savant. I’ve played pretty much all the table games in Vegas, and I’ve played Holdem at home with family, but I’ve never played in a card room before. I just haven’t had the guts or self-confidence. You ever take a look in a card room? Those guys look scary serious.

This trip I told Fernie I’d like to get enough confidence to visit a card room. So he spent time with me, teaching and playing, to get me up to speed. Our second day in Laughlin, he visited the card room at the Colorado Belle and had a good time, cleaning up and winning. I was hesitant, but agreed to go with him the next afternoon.

Walking across the parking lot, I felt my apprehension gurgling in my stomach. Walking up to the desk, it got even worse. I could feel the fear in my nerves, as the muscles in my arms and shoulders tightened up. I felt myself taking long breaths in to try to steady things out. I seriously felt like I was going to my own slaughter.

At the desk, we had to choose what level of table we wanted to join, and buy our chips. I left this up to Fernie and just handed over my cash when asked. There were only 4 tables playing at this time. The woman directed us to the same table in the back. I was seated near one end of the table and Fernie was at the other end.

I looked around the table. There were ten seats, and we’d just taken the last two. The dealer was a young Asian woman. There was a young, smug guy to her right, and the rest of the table was all really old and very serious looking. The woman beside me nodded, then went back to talking to her friend.

My stepfather never drinks when gambling. He doesn’t want anything to mess with his thinking. I, on the other hand, consider it to be part of the experience. Give up a free drink? Are you freaking kidding me?

“Cocktails! Cocktails! Anyone want a drink?” called out the cocktail waitress.

For the first time in my life, I heard myself say, “I’ll have a bottle of water please.”

I was a bundle of nerves and in hindsight, a drink probably would have helped settle me down. But I had decided to play it Fernie’s way and keep my mind on the game. This wasn’t my usual fool around and see how it all ends up sort of thing. This was serious business.

Fernie had told me it was important not to admit to anyone that I was new to this, but I don’t think it was necessary for me to tell anyone – it was that obvious. It was like everything I knew about the game left me and the noise in my head kept playing over and over again. My nerves were a mess and I kept overthinking everything.  I couldn’t concentrate. There was a hiss in my ears, a fog in front of my eyes, a feeling of not really even being there. Voices came to me as if from down a long tunnel. My perception was being completely overshadowed by fear – fear of messing up and looking like an idiot. After every mistake, I mentally assaulted myself.

“Be cool, don’t show you don’t know what you’re doing!”

“Oh my god! Did you seriously just throw that hand away?!” 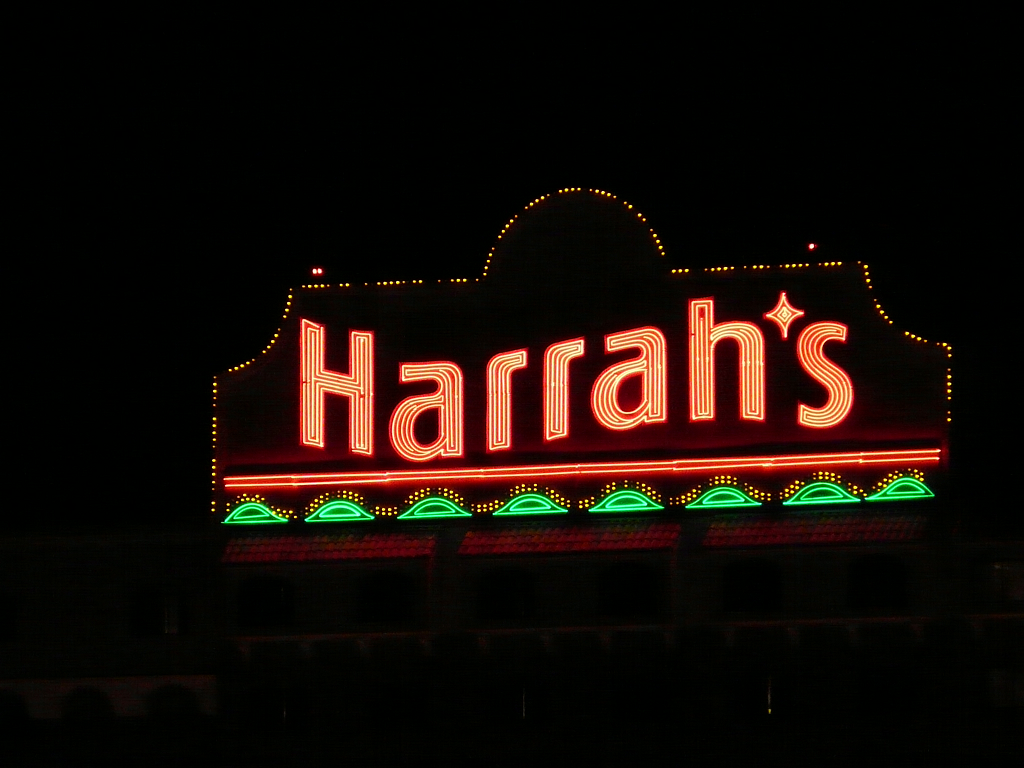 I was such a ball of stress, I couldn’t even make the decisions I knew I should. I was throwing in hands regardless of whether they were good or bad, and making stupid errors. Then, as others clued in to my naivete and newness to the game, it was as if they both salivated over easy pickings and sneered at my lack of panache. I was miserable, pathetic and losing money hand after hand. A couple of times I was close to tears.

Most of the people at the table were old but they were sharp. This one young guy at the end of the table was greasy and snide. He thought he was King of the table. I noticed him watching what I was doing and snickering when the dealer had to tell me what to do. I wanted to punch him right in his fat, slimy face. I wanted to get my crap together and show that table of geriatrics and that one slime-bucket that I could play. I wanted to beat that table so badly.

I did eventually start to get things together a bit, and played some hands through. I even won a few and was starting to feel better. Then I got a great hand and stayed in. I felt my nerves grow more tense, when Fernie stayed in as well. As he toyed with me, I wanted to yell at him “Hey! Help me out here!” But this was cards and I was just another adversary to beat. As we flipped our cards to show, and I realized he’d just beat me, I felt defeated. “Et tu Fernie?” He told me later that he’d resisted raising too much because he was playing against me. That helped a bit. At the time, I wanted to slip beneath the table and disappear.

If this were fiction, this is the part of the story where I’d tell you how I took back control, used my superior brain and skills to obliterate that table. I’d leave them all crying, and go up to my comped penthouse hotel room where I’d throw the cash all over the bed and roll around in it.

Unfortunately, this isn’t that kind of story. Eventually, I had to call it quits. I’d lost not only the money I’d planned to lose, but also some more. This was too much stress for me. It’s not the loss, although, of course, nobody likes to lose, but I always plan to lose when I gamble. This disappointment was the way I’d lost – the way I’d played. I was doing this for fun? This was not fun. I was too green for this. I was too nervous for this. I ordered a drink (finally!) and left the table in defeat. I watched Fernie play from the sidelines. The one consolation was seeing him score big and leave King Slime-bucket sputtering in his wake. Then he left the table.

So what did I learn from this experience? Never play cards without a free drink, or three. I’m not espousing getting stinking drunk while you gamble, although I do have a great anecdote I could share about raking in a bunch of money in Binions while being pie-eyed, obnoxiously drunk. I think that story is better left for another time, or completely left in Vegas. Nobody I know even saw it happen. I think though, this time, a drink would have quelled the overthinking going on in my head and allowed me to relax enough to at least enjoy the play. C’est la vie. It was one hell of a learning experience.

Overnight spot: Pioneer Laughlin
Price: $0.00 must register inside, 3 night limit. After that, they rate your play.
Includes: A parking spot
Dump/Water: Tropicana – we didn’t use it.
Garbage: We took our garbage with us and dumped it at gas stations.
Cell & Wifi: Verizon – 4 bars of 4G LTE
Colorado BelleGamblingHarrahsPioneer LaughlinTexas Holdem

Laughlin, NV – Blowing in the wind