My Mother and I have made a deal that when we’re both in town we will make plans to visit one vegan restaurant per month. First up was Meet on Main, which caters to burgers, fries and comfort food. I’d seen photos of it on a friend’s Facebook status and it really appealed to me to go there for my birthday dinner.

If you go, make sure to order the Sweet Chili Cauliflower to start. We never order appetizers but it had been suggested to me and it was fantastic.  The cauliflower is beer-battered with a tamarind chili-ginger glaze. We’ve tried recreating them at home and come close, but we don’t deep fry so we’ll never get them quite as good. 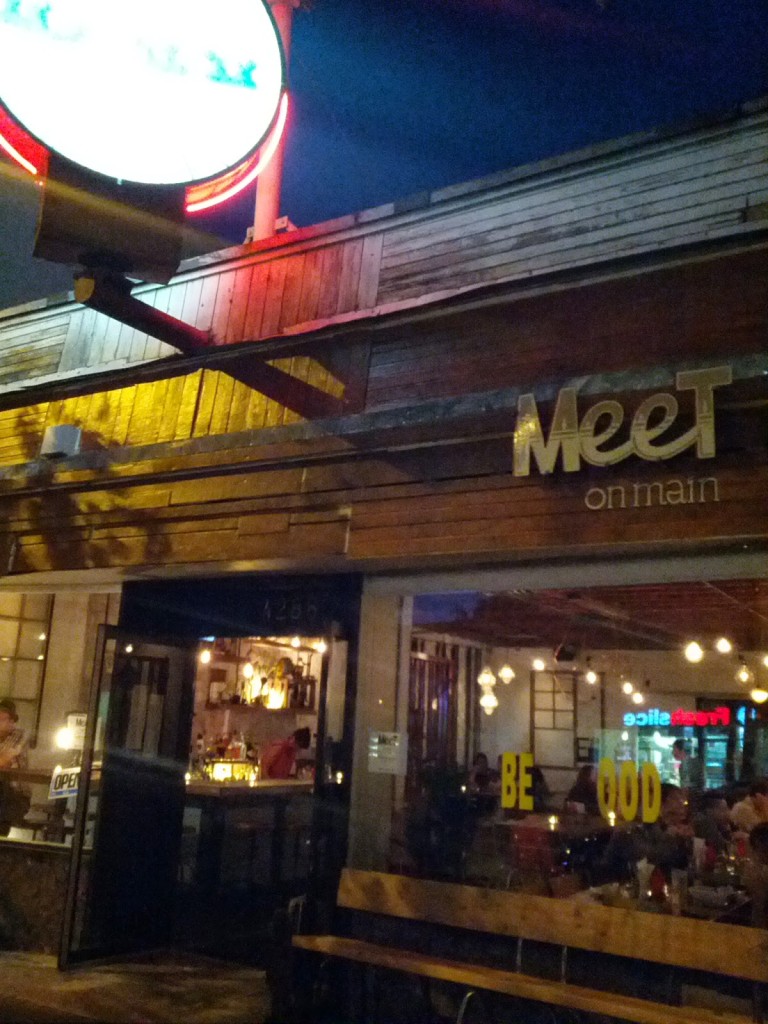 For mains, the veggie burgers and fries were great but the show stopper was the Mac n’ Cheese. My stepfather opted to have his with Italian vegan sausage and my daughter, the Mac n’ Cheese purist, had it without. They smother the elbow macaroni pasta in a vegan cashew cheese sauce, that is so rich and yummy, and finish it off with a sprinkle of smoked salt. They were both fantastic! I have never, in my life, ordered Mac n’ Cheese at a restaurant but I’m dreaming of going back for this dish alone!

Meet on Main has a great, laid back, industrial sort of look. The clientele is eclectic, hipster cool, as can be expected from it’s location on Main street.

Laughlin, NV – My first try in a card room