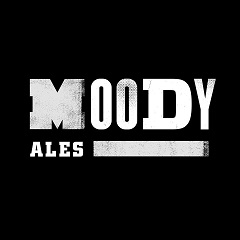 We’ve obviously been away too much and not paying attention to what’s going on locally. It’s only been a couple of weeks since we heard of two “new” craft beer breweries with tasting rooms in Port Moody. And when I say “new”, I mean almost a year old.

The first brewery we visited was Moody Ales. It is at the far west end of Murray Street, just a block down from Rocky Point Park, in Port Moody. We parked in a little gravel pull-out on the side of the building with two other cars. That pretty much filled it up, but there looked to be more parking behind the building.

They have a small patio at the front of the building with a scattering of tables.  It was a nice day but quite hot outside, so we opted to go inside.

Once through the door, you’re into the brewery. The room is long, tall, and thin. An L-shaped, wood topped, bar grabs your attention. Lined with stools down both sides, it looks over a backdrop of metal and wood draft pull levers. The chalkboards announce the beers available in bright colours. 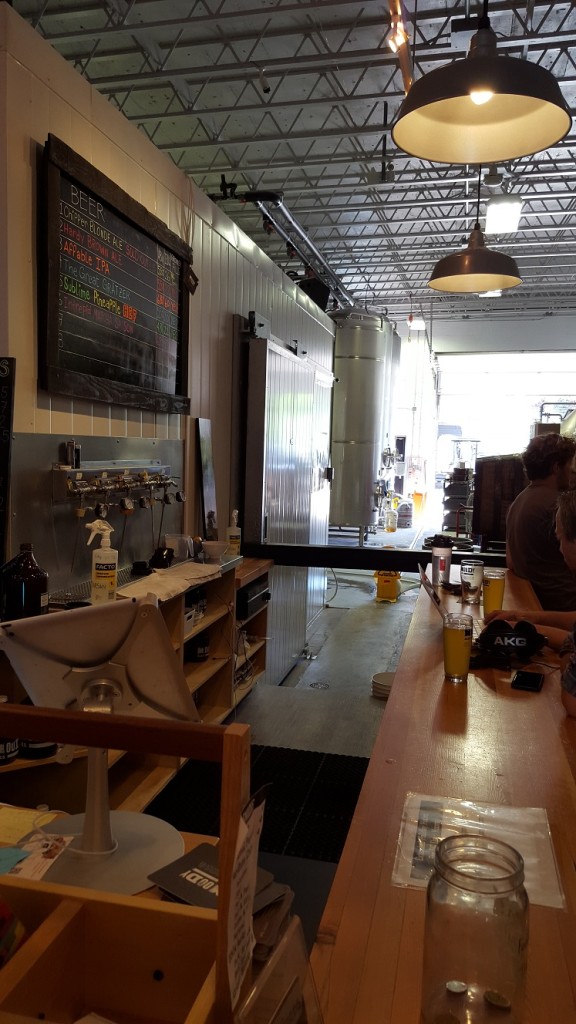 Nobody was available when we first came in, so we sat down at the bar and looked around. At this time, I was the only woman in there. There were two tables full of men who looked like they just got off work at some sort of mill or plant to our right, and a lone black man along the bar to our left.

While the Vancouver area is very multicultural, we have such a miniscule number of black people here. Most of those who have moved here are directly from Africa or from the Caribbean.

We definitely have more than we used to when I was growing up. I went to a large high school with 2500 students. I meet people, to this day, that I graduated with but never had a clue who they were. I knew the one black guy who was in that school though. Everybody knew *that* guy.

My sister-in-law, who lives in Toronto, is a black woman originally from an all black community on the east coast in Nova Scotia. The community goes all the way back to the time of runaway slaves who escaped to Canada on the underground railroad. I remember seeing Oprah shocked on her show at learning of North Preston. It’s definitely a place I’d like to visit one day when we hit the east coast.

But back to the man sitting down the bar from us – he carried in 4 growlers and lined them up on the bar. A growler is a large brown beer jug. Typically they hold 32 or 64 oz. You buy the jug, and pay to have it filled. Then when it’s empty, you bring it back and pay to have it refilled. We’ve been wanting to buy a growler at the few breweries we’ve visited on our travels, but we were unsure about being able to use them once we got home. This guy looked to be in the know so I began peppering him with questions.

Question: How long does the beer last in those?
Answer: Months, I’m sure, but I drink them much faster than that.

Question: Months? Oh you mean before it’s opened. Once it’s open, it must be only a few days, right?
Answer: Yes, they last a few days after they are open. Like pop they eventually go flat.

Question: Can you buy a growler at one brewery and use it at another?
Answer: Yes, all the breweries are quite fine with refilling a growler from a different place.

Question: What’s your favourite beer here?
Answer: The Chipper Blonde Ale, but it’s sold out!
(We agreed and commiserated with him at the loss.)

Question: What’s your least favourite beer here?
Answer: The Pineapple Hef. This is the second batch I’ve tasted. This one is more pineapple-y than the first one, but it’s still not enough.
(We agreed on this as well.) 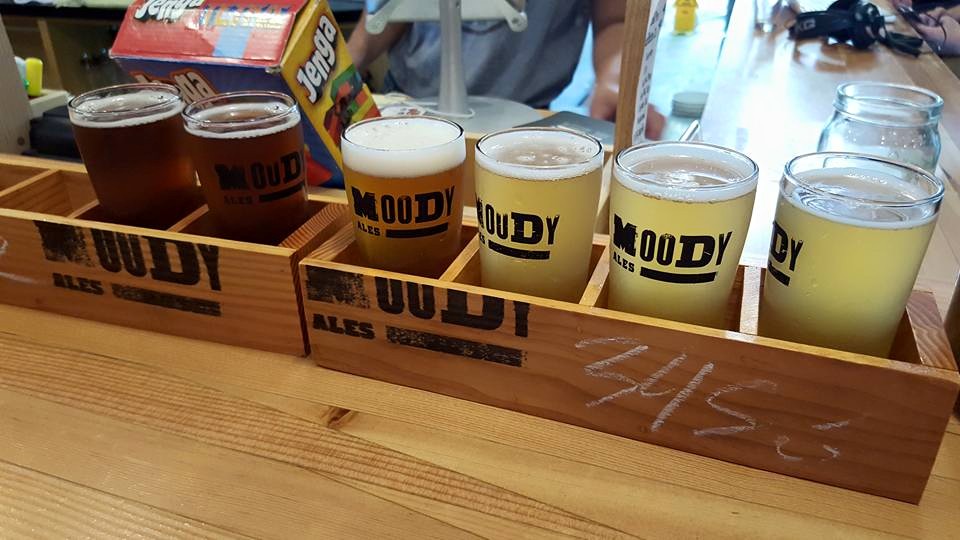 The sampler comes with four samples each and there were six beers on tap, so we doubled up on the Chipper Blonde and the Hardy Brown, which turned out to be an excellent choice.

Chipper Blonde Ale – this was our favourite. Unfortunately lots of other people feel the same, and they are officially sold out.

Affable IPA – a very nice taste. IPAs are rarely a favourite of ours. We liked this one, but we liked the others more.

The Great Grätzer – The Grätzer is originally from Poland. It was made entirely of smoked wheat malt. I don’t know how Moody Ales makes their Grätzer but it was very good.

Sublime Pineapple Hef – This was a disappointment. I couldn’t really taste the pineapple.

Intrepid Matcha Saison – Saison started as a pale ale in Wallonia, Belgium. It was brewed in the winter and stored to drink in the summer. It was served to seasonal farm workers in the summer, who were entitled to 5 litres per day. 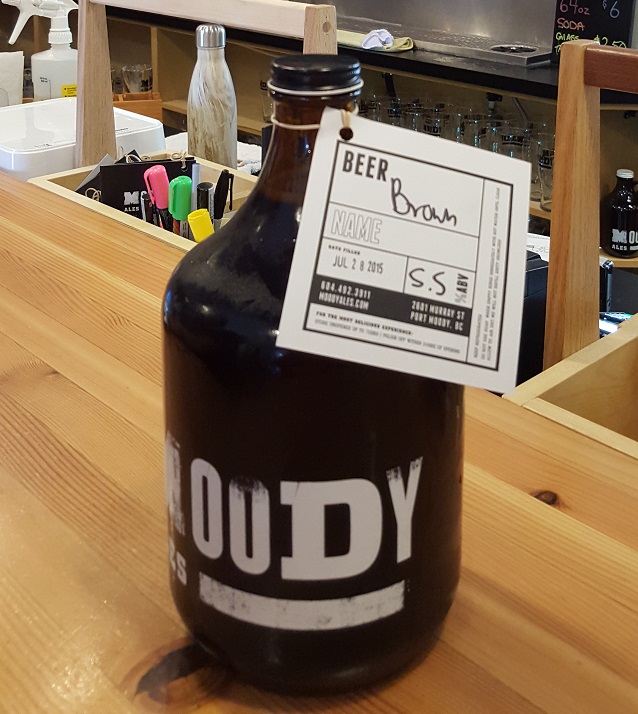 While we sampled the beer, we segued from talk of the beer to talk of everything else. He’s a realtor with a wife and 2 very young kids, and he recently went down to the states to buy a drone to use to take videos of the homes he sells. Of course, it’s also for the sheer fun of playing with a remote control toy. He said he enjoys coming down to the breweries and splits his time between Yellow Dog down the road and this one. While he doesn’t feel comfortable going into a bar alone, he feels right at home here. I can definitely relate to that. He told us there is a third brewery coming to Murray street in the near future.

We really enjoyed talking to him so I asked him for a business card as we were leaving but he didn’t have any. He hadn’t been planning to do any business. We’d already told him the area we lived in, which he knew well. So here’s the reason that I brought up his race – and also why I segued into my history lesson – it’s all about his parting words to me as we left, “I have an ad up on Coast Meridien. You can’t miss it – I’m the only black guy in the whole area!”