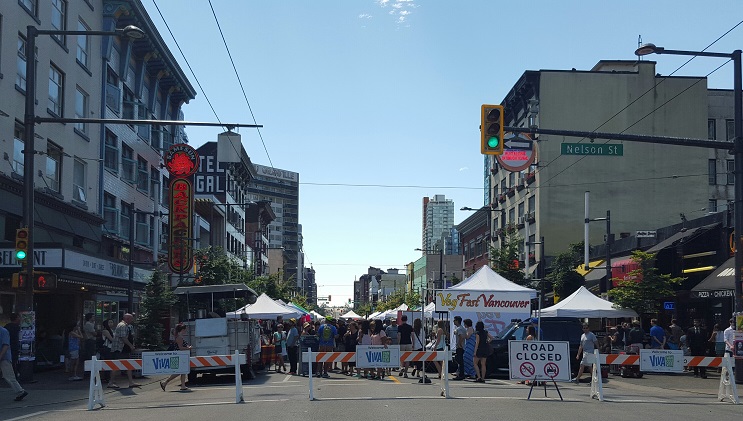 Harold and I took the skytrain downtown with my parents to Veg Fest Vancouver held on Granville street. It was a block long and was part of a larger cultural festival called Viva fest. The first block of Viva fest was all Sikh. We were amazed to not only see Sikh rappers performing, but also a Sikh motorcycle gang. This was definitely all outside my limited knowledge of the cultural stereotype. It was very cool to take part in. 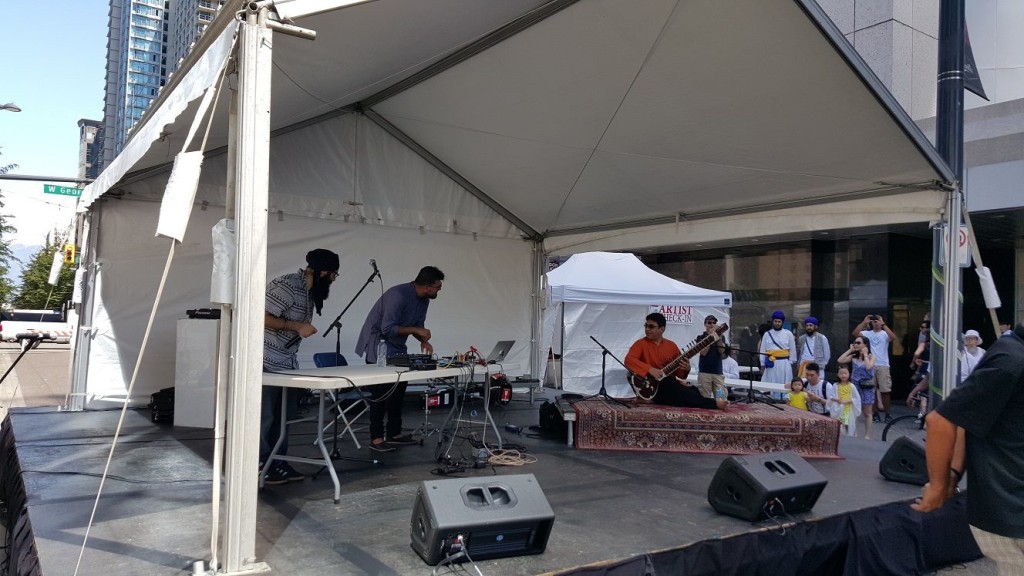 The next block was a little sad. The only booth there was playing country music and teaching people to two step. It would have looked fun if there had been more people and booths, but they were all alone. This is the place where I would like to make a quip about country music, but in line with not wanting to aggravate any potential readers, I’ll restrain my humour. 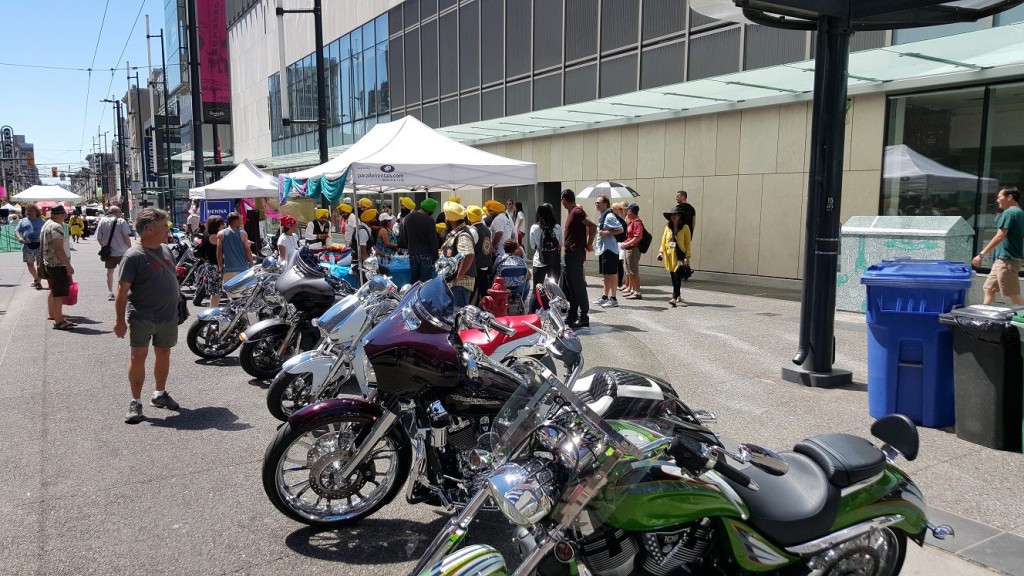 The next block was the busiest, and this, of course, was Vegfest. Both sides of the strip were lined with booths either giving out information on animal rights and welfare groups or giving out samples of vegan food. For someone not at all involved in animal rights, I was surprised that I knew all of those there. I blame that on my brother’s influence. 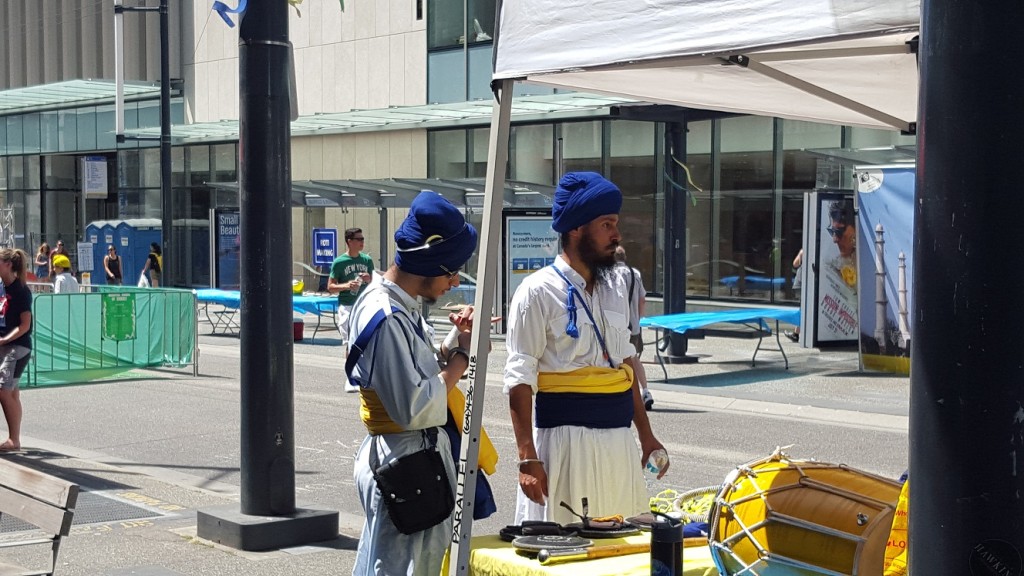 The weather was stiflingly hot. It was a few degrees cooler downtown than it had been at home, but I was happy to share a shaded spot under my Mother’s umbrella.
Our favourite booths were: 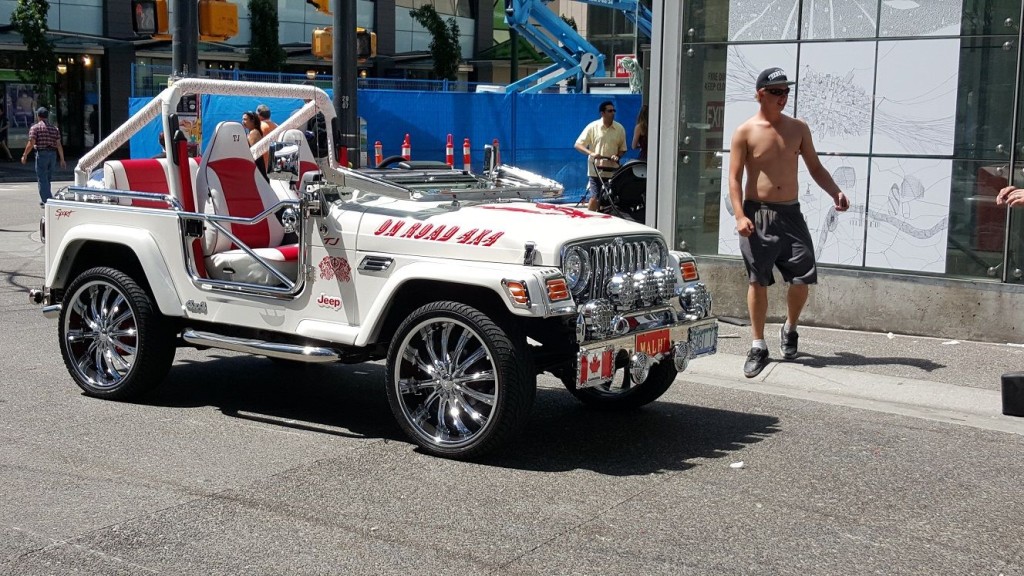 Truffles by Alanna – I’m not a chocolate person but these were wonderful!

It’s not bacon! – I didn’t realize how I’d missed bacon until I had a bite of their BLT. This stuff was so good, I bought four packages – 2 cheddar, 1 maple, and 1 jalapeno. I see lots of BLT sandwiches in my future.

Loving Hut Vancouver – This company is international and has franchises all over the world. Every other city gets a sit down, fine-dining restaurant. We get a food truck. My mother and I came down to share a burger last year and were just floored by how wonderful they were. We wanted our husbands to taste them, so we waited the 30 minutes for one, telling them both how it would be “So worth the wait!” But it kinda wasn’t. I’m not sure if we’ve just experienced a lot of good, better burgers since we last had this one, or if it wasn’t as good because they were rushing. I bet it’s a bit of both.

Once we’d finished visiting all the booths, we walked down to False Creek for happy hour. It was cooler down by the water. We got a shaded table out on the patio at Provence Marinaside and relaxed with a great glass of wine. The view looks out over the seawall along the water, and we enjoyed watching all the different people and their dogs go by. 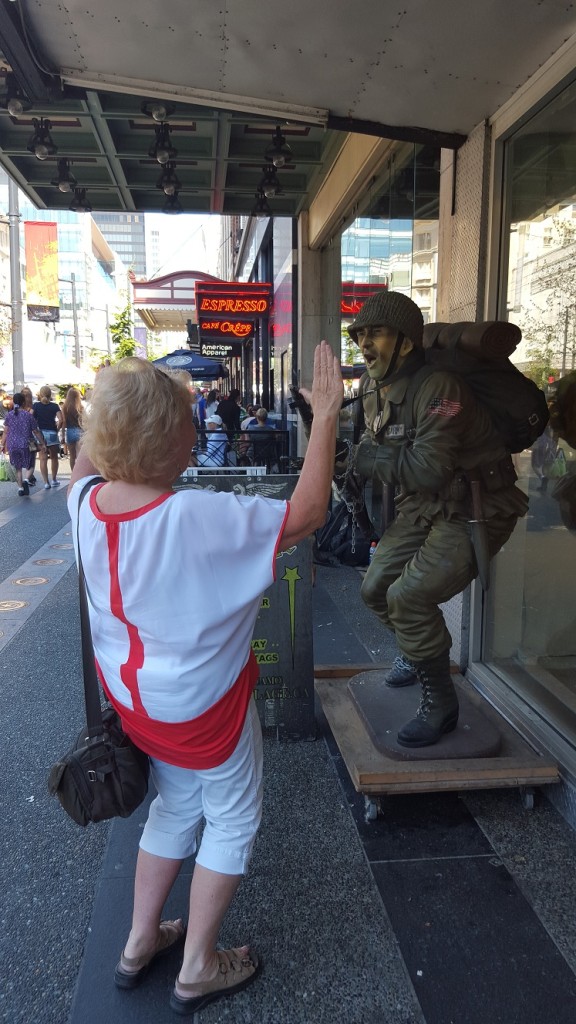