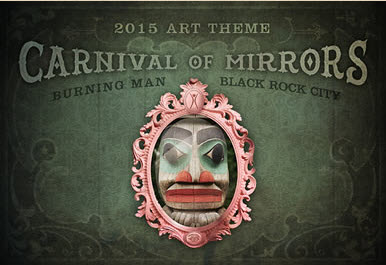 It was somewhere in the early to mid 1990’s when I first heard of Burning Man. I think it may have been in the hacker magazine I used to read back then, 2600 or it may have been one of the newsgroups I used to read on BBSes, or even a Usenet group once I got access to the internet. I remember feeling a flicker of excitement at the idea, and really wanting to go. But as my life turned to getting married and bringing up kids, I pretty much forgot all about it. It was one of those things I started to think I was too old and mature for by the time I was 30.

As Burning Man became more successful, it grew in size, and I’d hear about it more often, especially during and right after the actual burn. It’s funny how I thought I was supposed to be so mature in my 30’s, but then my 40’s hit with a renewed lust for adventure. I expect a lot of it was biological coupled with societal expectations. I was in my child bearing years and everything became about the family and conforming. Little did I know back then, that there were lots of families going to Burning Man every year.

I started to think about it again in my 40’s, this time, with a more serious desire. It had now become one of those places I wanted to go at least once in my life.  Then my marriage blew up, I started over again, and the cost of going to Burning Man became out of the question. A few years later I remarried, my life settled down again, and we were travelling a lot more. Burning Man came up in my mind again. 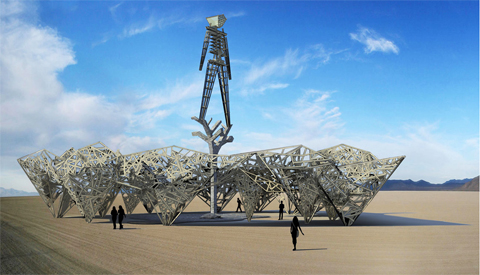 I read everything I could find on the subject: what we’d need, what we’d do, what to expect, what it would cost. I went back and forth on renting an RV. It’s so pricey and from the sound of it, we might do lasting damage to it out there in the desert. I started thinking about buying an rv so we could go to Burning Man, but that seemed ridiculous. You don’t spend all that money to go to one festival. What would we do with it otherwise?

My family have been travelling and camping since I was a small child. I brought up my daughter and foster kids camping, but I’d come to think of that as something of the past. We were more into international travel now. Besides, rving was more my parents sort of thing. It’s what they did once they retired. We were far too young to be Snowbirds. Harold and I had plans to buy a boat and sail the world once we retired. That was to be “our thing”.

The more I thought about it though, the more it made sense. Why not buy an rv and escape it all? Run away and just keep on moving. So, as soon as my daughter was old enough to look after herself, that’s what we did. We bought an rv and started taking off. Sometimes for just a week, but more often, we went for 6 weeks, 2 months, and more. 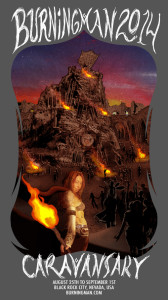 Burning Man 2014 was supposed to be the year I finally made it to the Burn. Unfortunately, the tickets sold out in about two minutes. Disappointed, and frustrated, we signed up for the next level of ticket sales happening a few months later. The Step program allows people who have changed their minds about going, to sell back their tickets, which then get sold to the next person on the list. We both signed up and waited and waited. We finally gave up, and made other travel plans for the year. On the second to last day of the Step program, we were offered tickets but we ignored them.

This year we decided if we didn’t get tickets in February, we’d follow it all the way through all the sales and not give up until the end. It turned out we didn’t have to. This year luck was with us. I got in and was able to buy two tickets and a vehicle pass. 2015 is the year I’m finally gonna make it there! 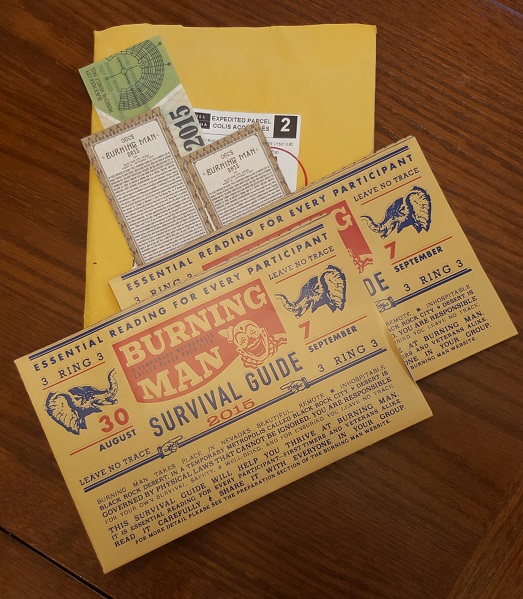