“Where ya headed?” barked the border guard. Harold backed his body up, and looked at me, waiting for me to speak.

I leaned over as I responded. “We’re going to Nevada.”

“What are ya planning to do in  Nevada?” 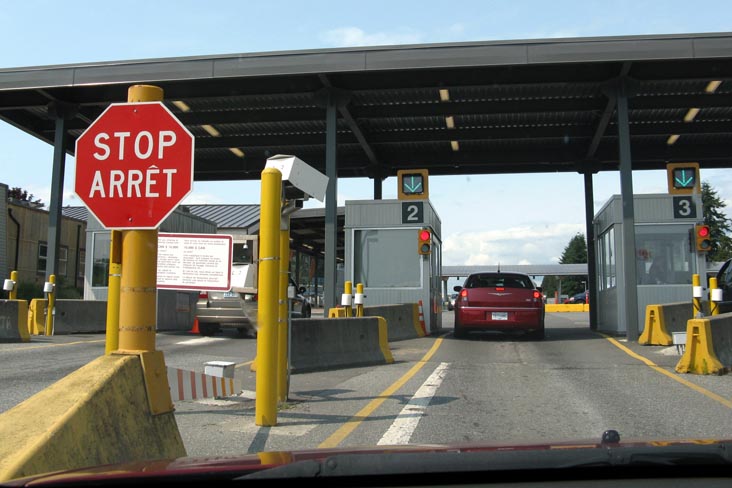 “We’re going to Burning Man!” I’d read it was a bad idea to admit you were going there, but come on, we don’t really fit the type they’d want to harrass.

I thought maybe he didn’t know what it was. “It’s a festival out in the desert.”

“You’re going to Burning Man?! Have you ever been there before?”

We both shook our heads. “Nope, first time.”

“You know what kinda crazy stuff they do there? They run around all naked, doing drugs and sex and all kinds of crazy stuff!”

I was thinking I’d made a bad choice in bringing it up. “Well we’re not really into all that. They are supposed to have great art and events there as well. That’s why we’re going.”

Shaking his head at us, snickering and rolling his eyes, as if thinking what crazy fools we were. “Okay, well off you go then.”

Bypassed the Burner’s campground – Eugene, OR to Yreka, CA