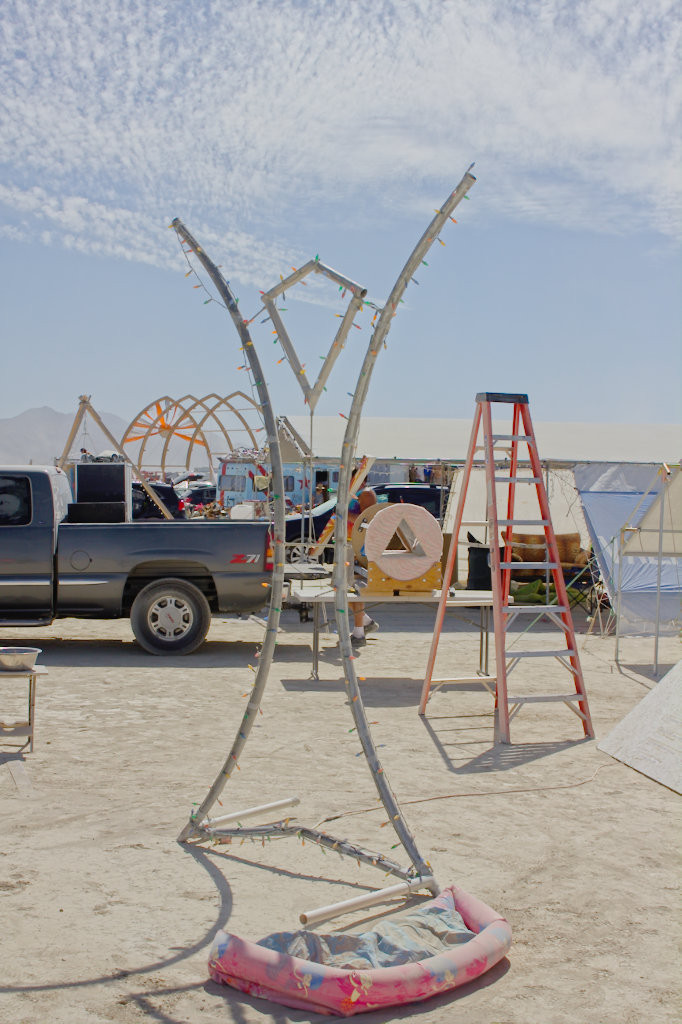 Sunday, we woke to find many camps already tearing down. Everywhere we looked we saw well known markers disappearing.  This is the end. It’s so sad to see Eutopia coming down.

Harold went out to help the L3K camp dig up the lights that rim the man. I somehow have really hurt my neck so I stayed back at the camp. I heard they were having a weenie roast on the coals of the man, but I doubted they had veggie dogs so I didn’t bother. 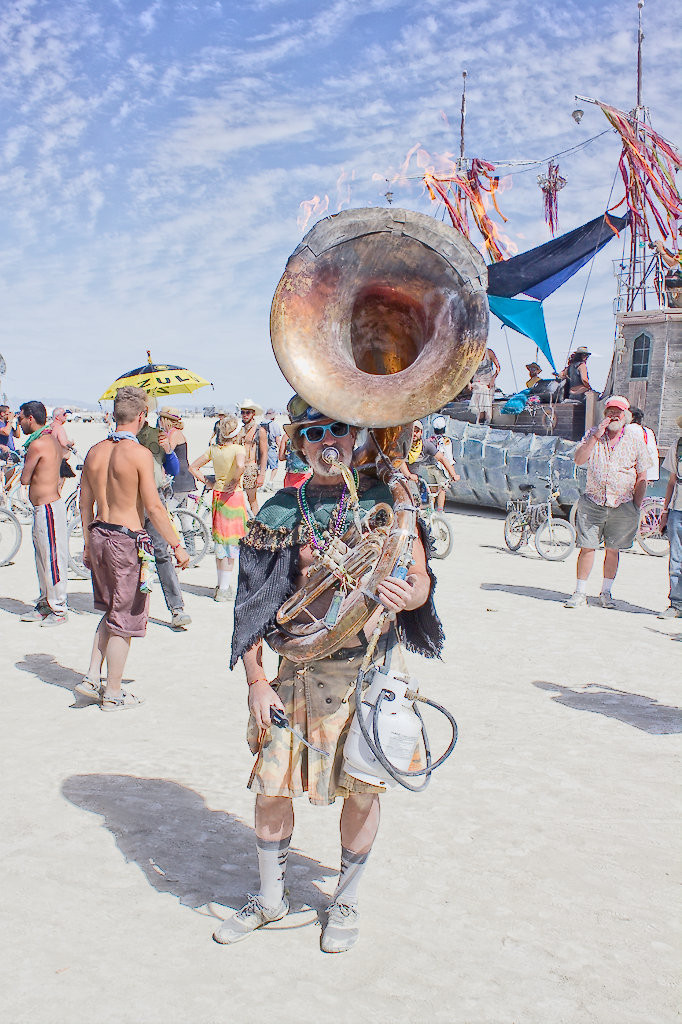 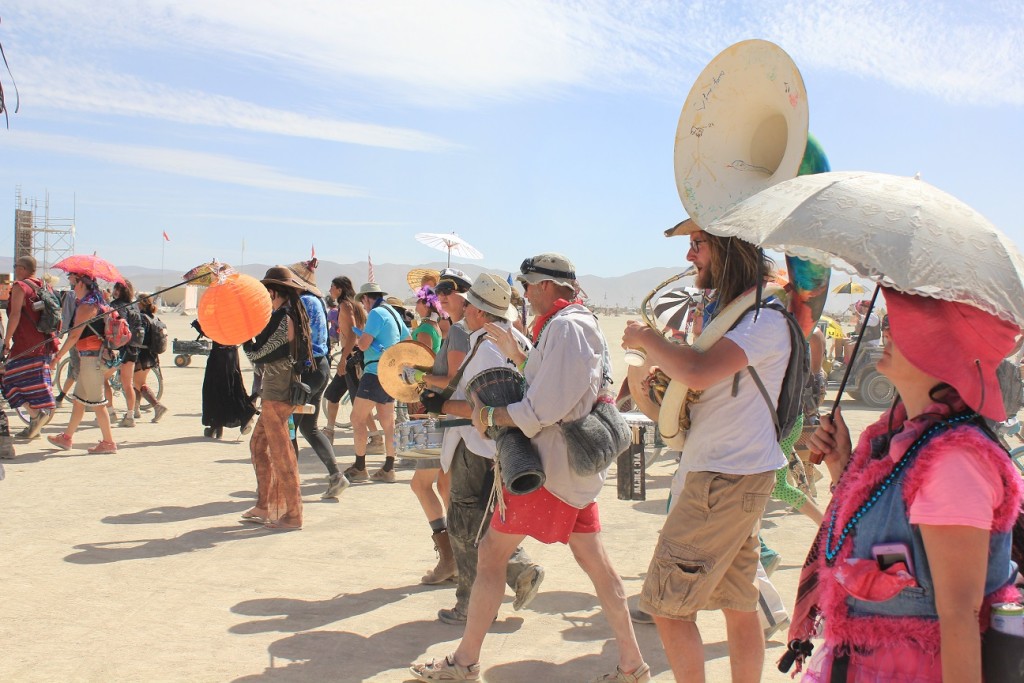 In the afternoon, we went to the Man Funeral. It started from the French Quarter. We all danced across the playa following the jazz funeral band to the coals of the man. Once there, the art car that came along with us got in position, and a different band started playing up there, with the raspy lyrics sung by a young woman who sounded like she was right out of the bayou. Her accent was just gorgeous. 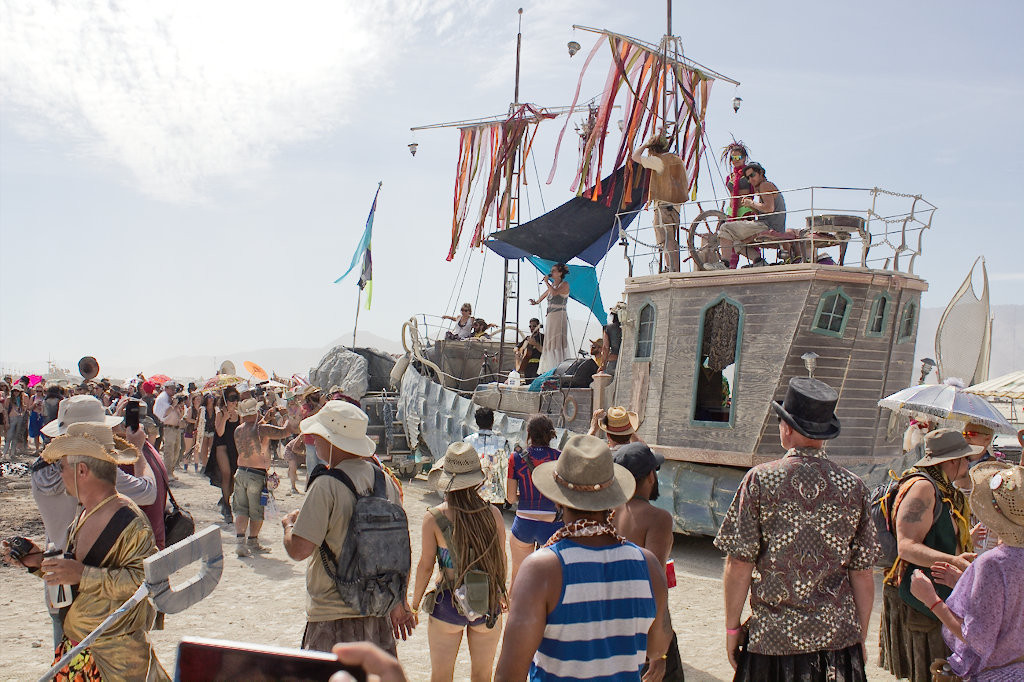 That night the Temple was burned. It went up in flames quickly, and was mostly over within 10 minutes – a far cry from the lengthy affair last night with the man burn. 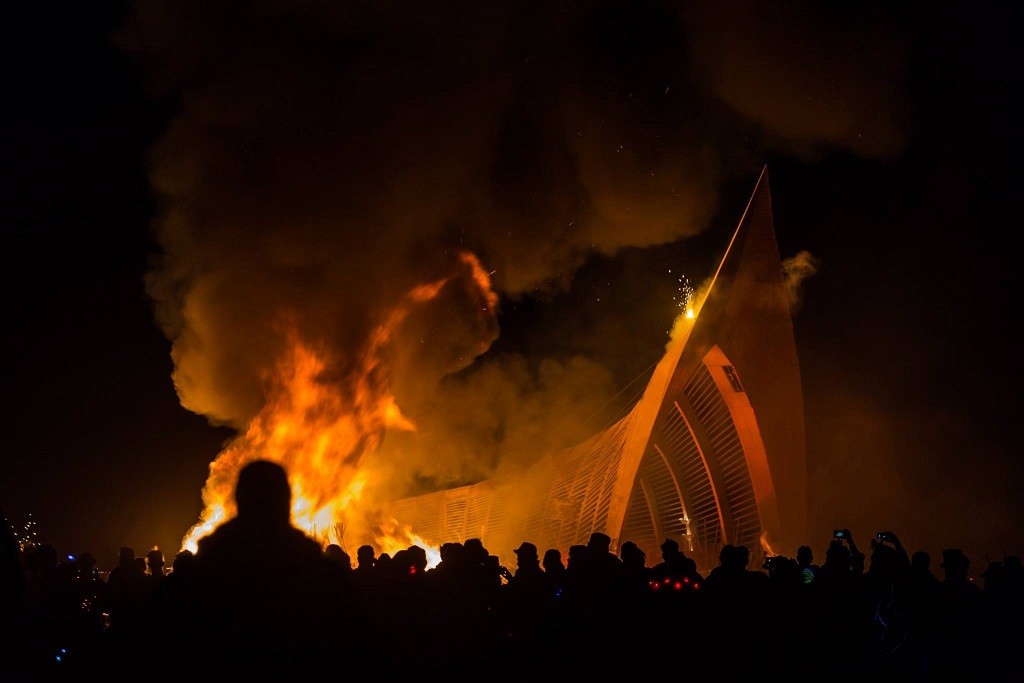 These two photos of the Temple Burn are © Duncan Rawlinson 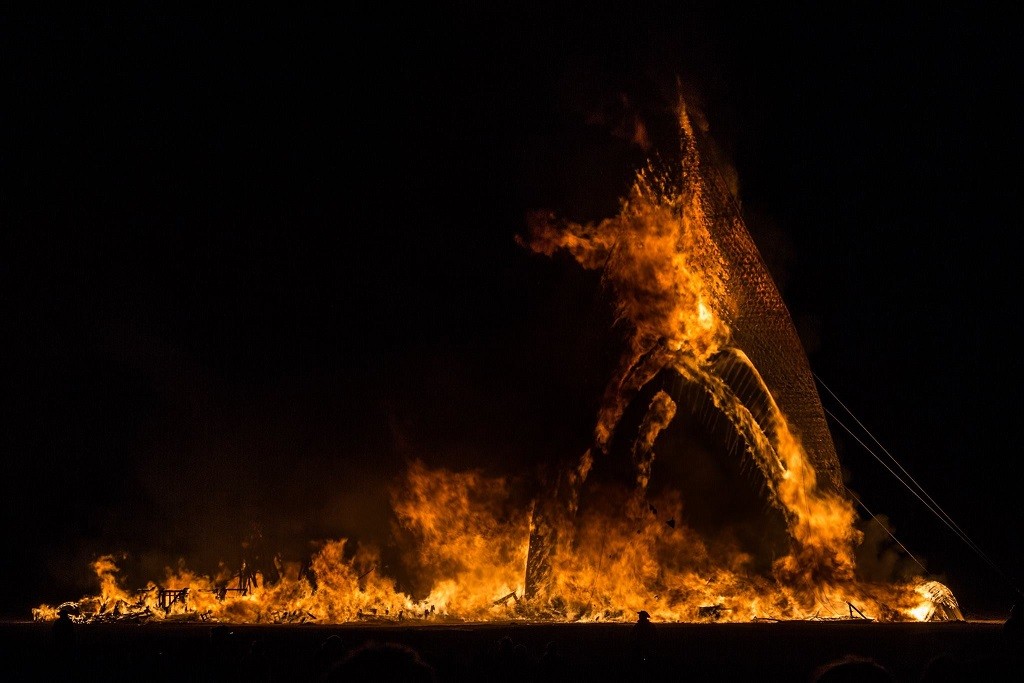 So many people left on Sunday night after the temple burn, and the next morning, more and more left. This was exodus day after all. We planned to stay until Tuesday, to hopefully bypass any traffic jams. All day long, on the radio, we heard people asking for rides. I was surprised at just how many people had lost their rides home, especially those who had to catch a flight somewhere. The longest reported wait times to get to the road were only 1.5 hours though, much better than in previous years. 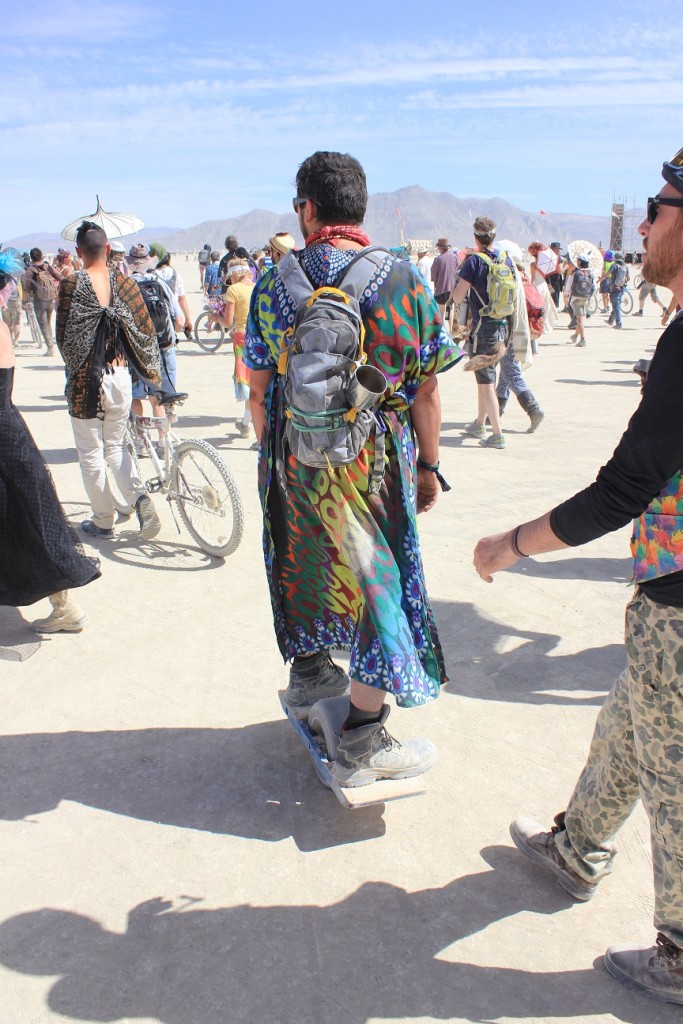 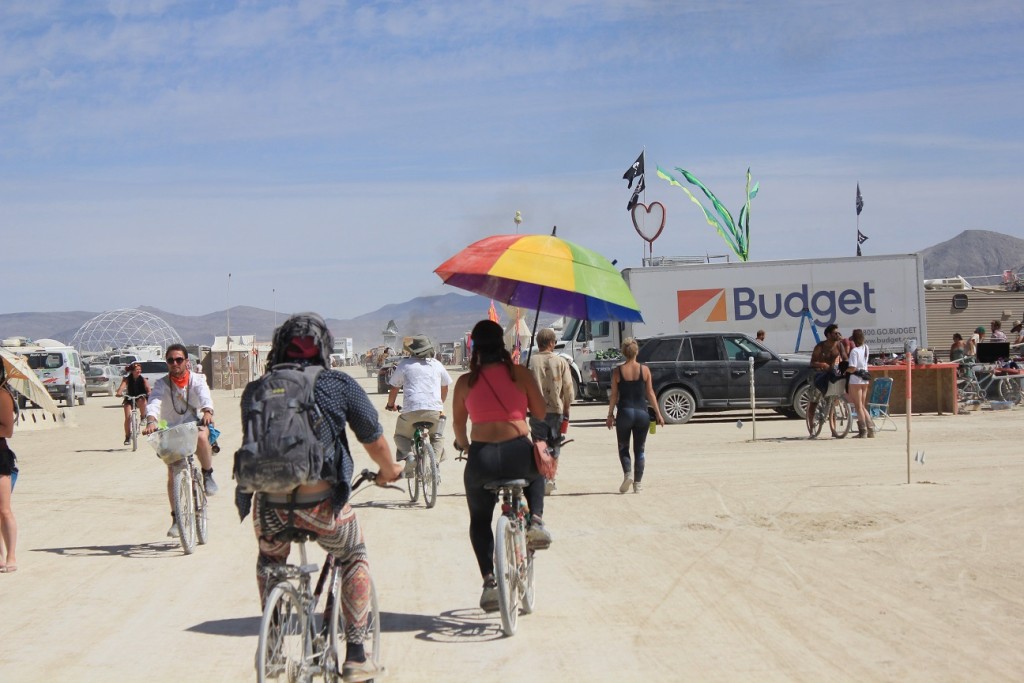 On Monday night, our camp had a communal dinner, and it was probably the first time that absolutely all of us were together in camp. It was a really nice way to end the week. We packed up the trailer and truck, so we could leave in the morning with little work. 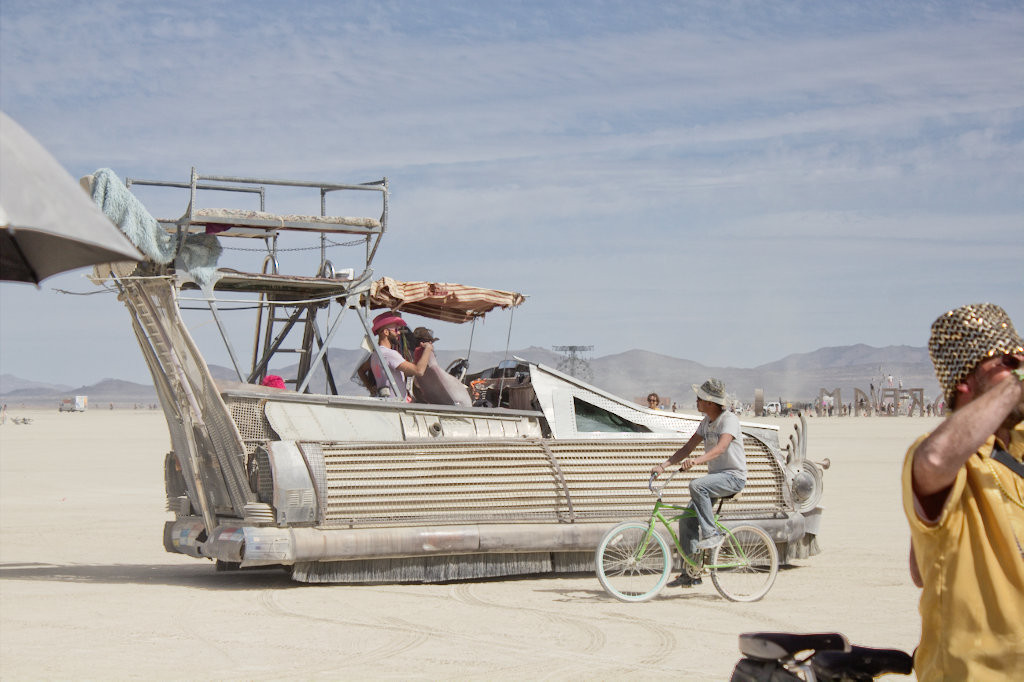 Tuesday morning we said our goodbyes to everyone and were on our way. There were no delays at all, and we were in Reno, in no time. A group of us were all spending the night at the Grand Sierra Resort in Reno. We met up for drinks and dinner at the cantina in the hotel. The hotel was just crawling with burners. There was a pool party going on in full swing with wall to wall people. The casino was overflowing with them. We were lucky to get into the cantina before the dinner rush. There was a long waiting line when we were done. 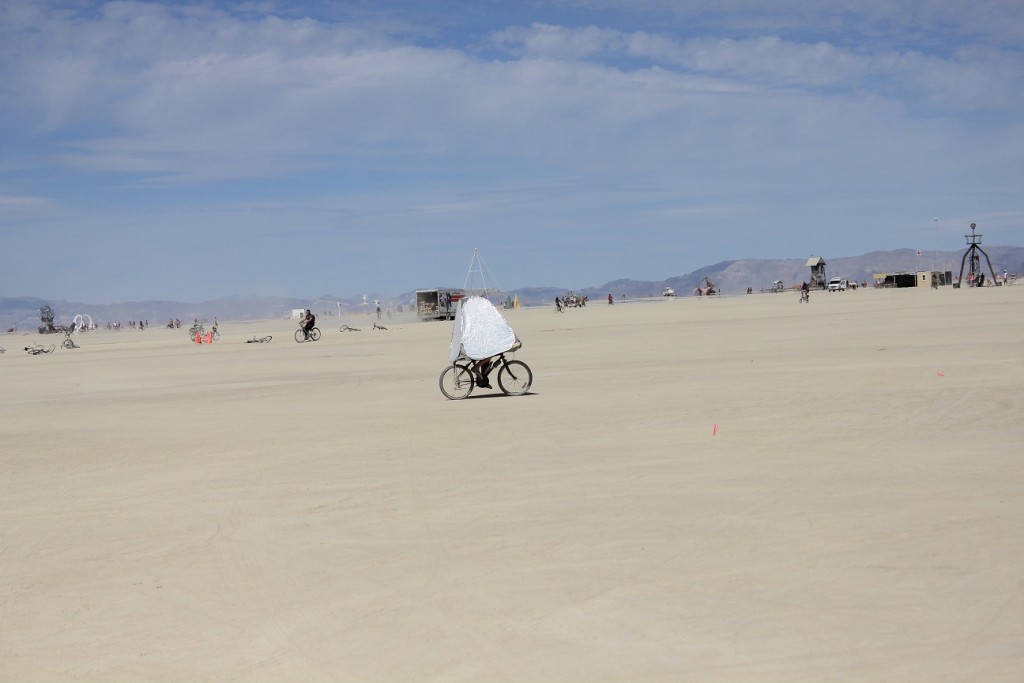 I feel a deep happiness and contentment with the world right now. We met so many wonderful people, who we hope will remain lifelong friends. It has been so wonderful to get away from politics, anger, and hate. I need to protect my psyche from being pulled back in by the antics and extreme politics of hateful people, and surround myself with those who are light and loving. Before Burning Man, I rolled my eyes a bit when I heard people say they were “going home”. Now I understand the feeling.

Thank you to all the friends we made this week. It was so wonderful to have been taken in by Camp Awesomesauce. You guys are all truly awesome! 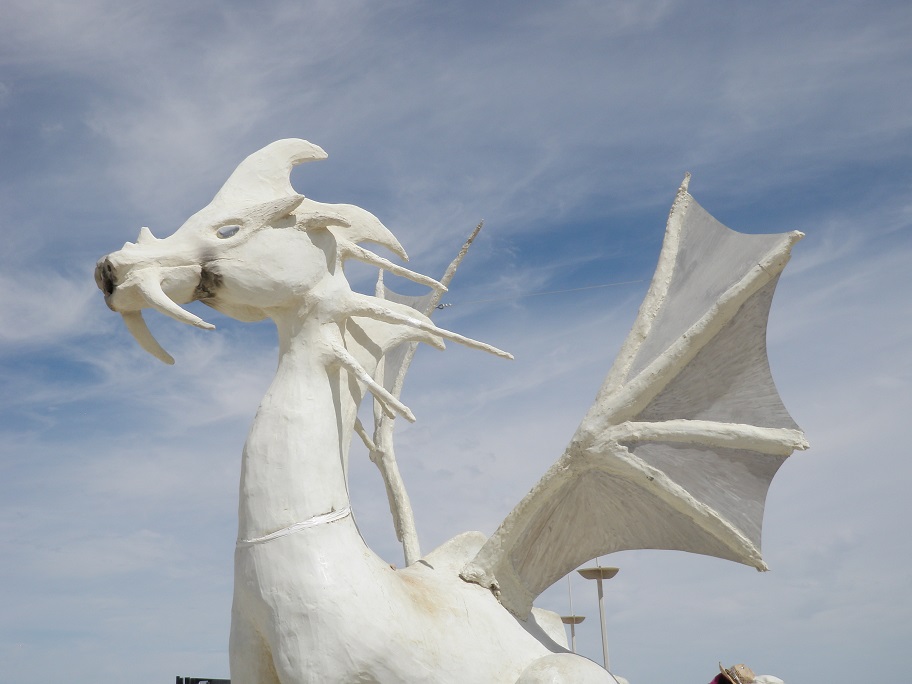 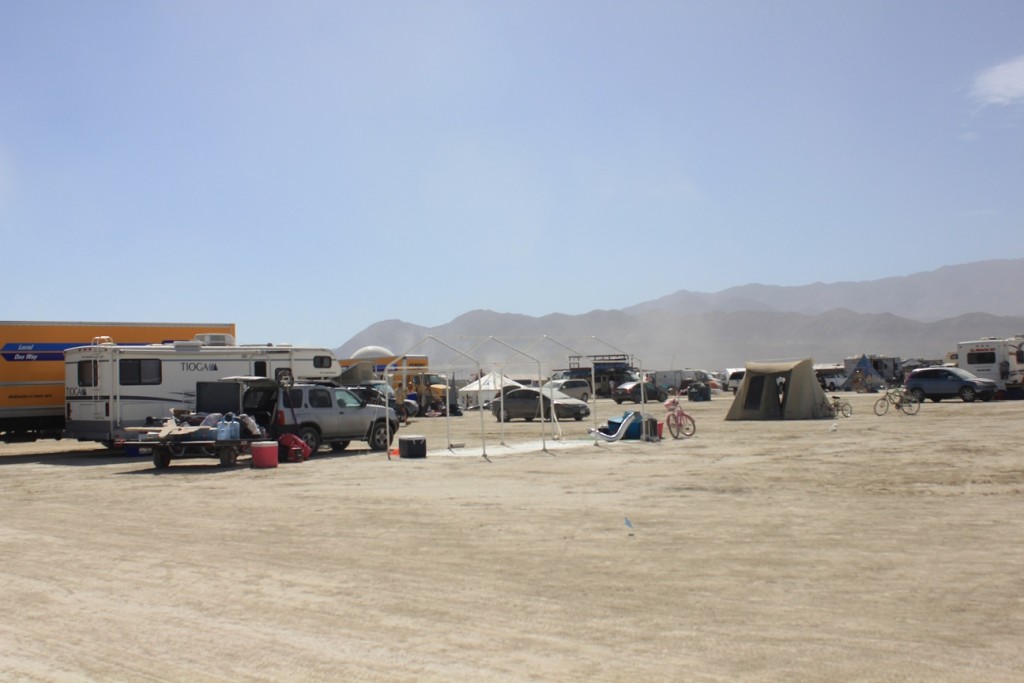 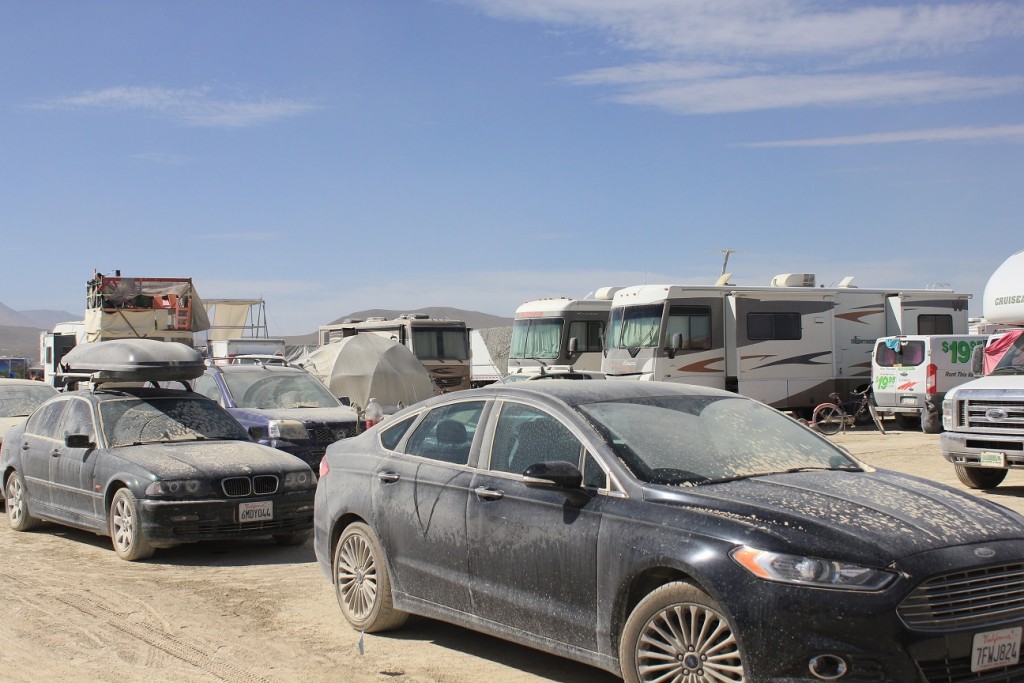 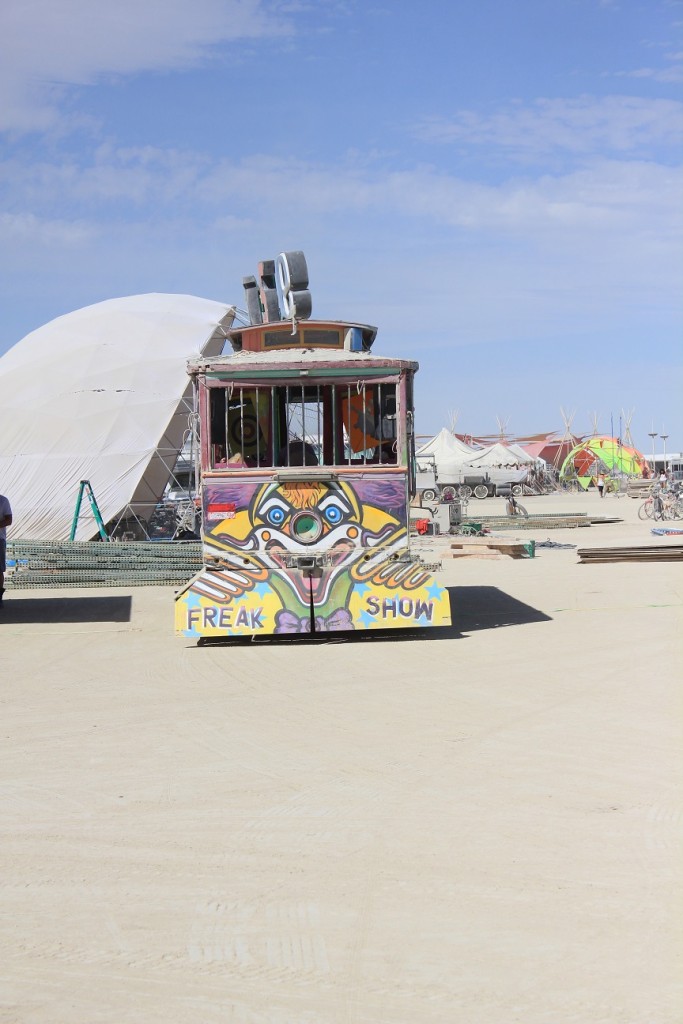 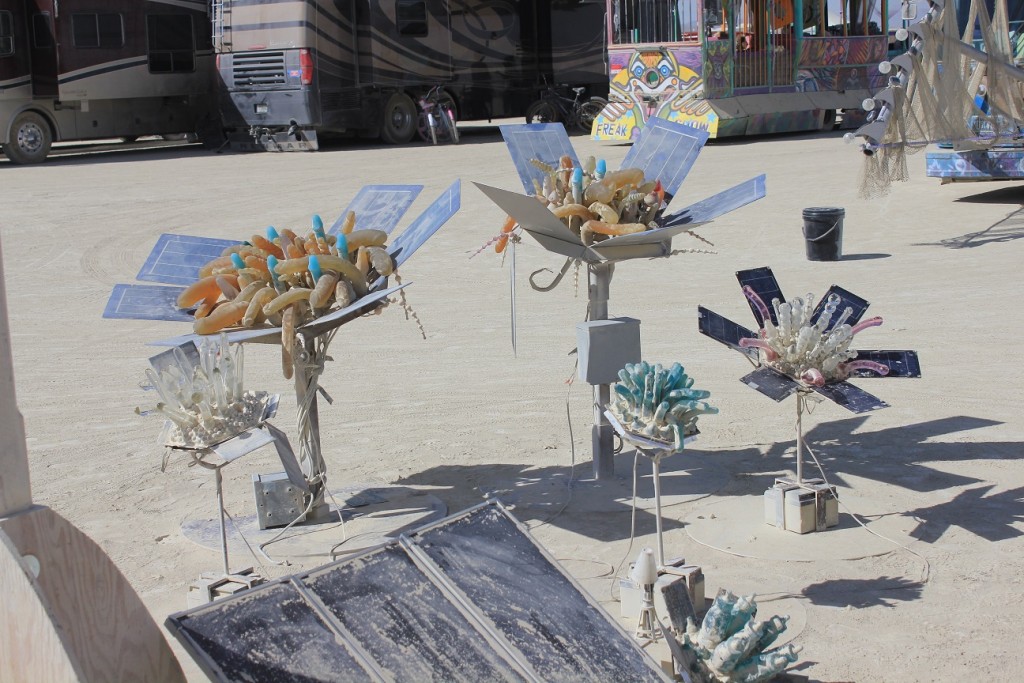 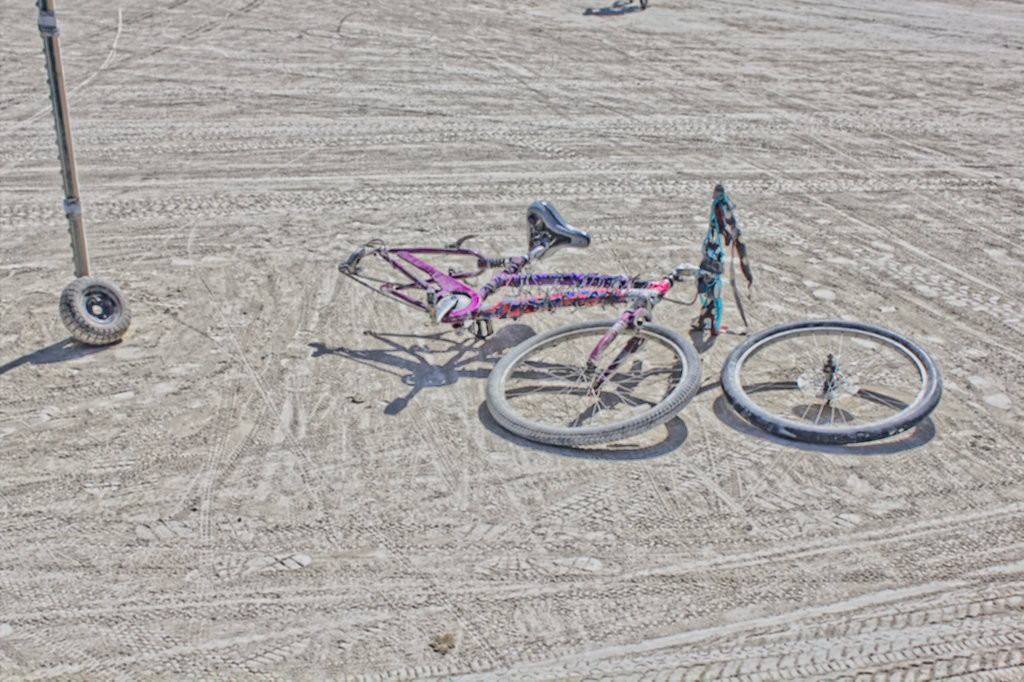 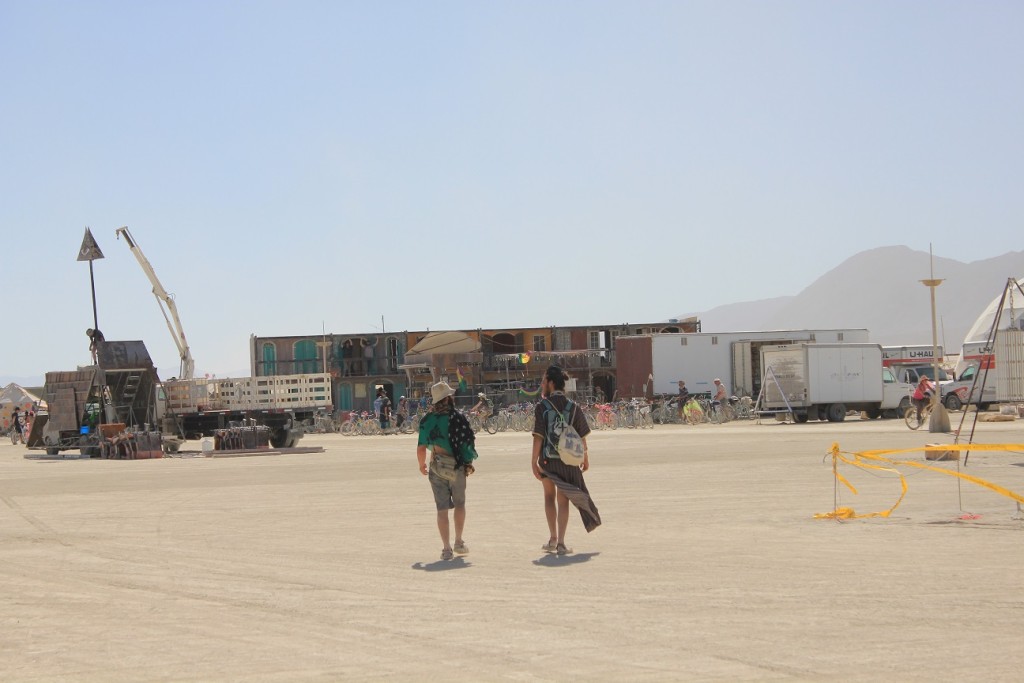 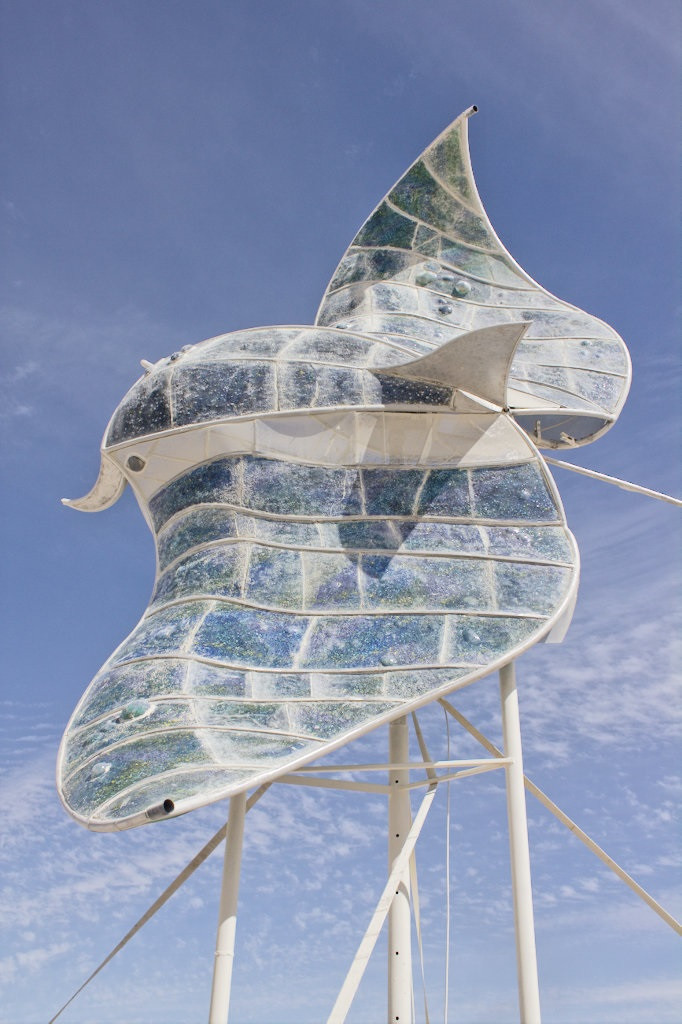 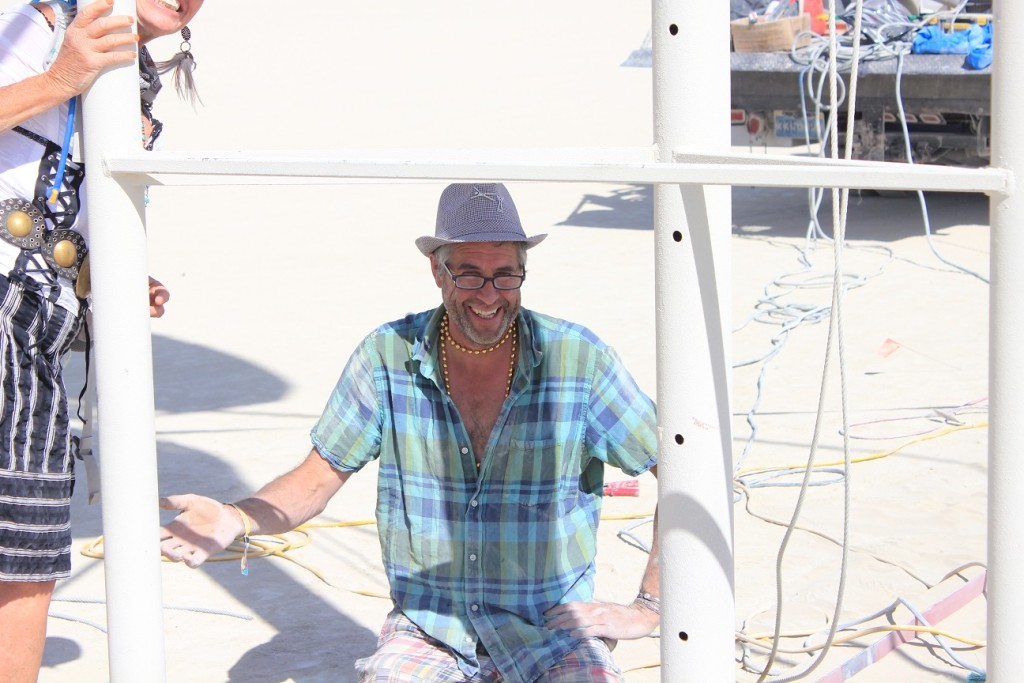