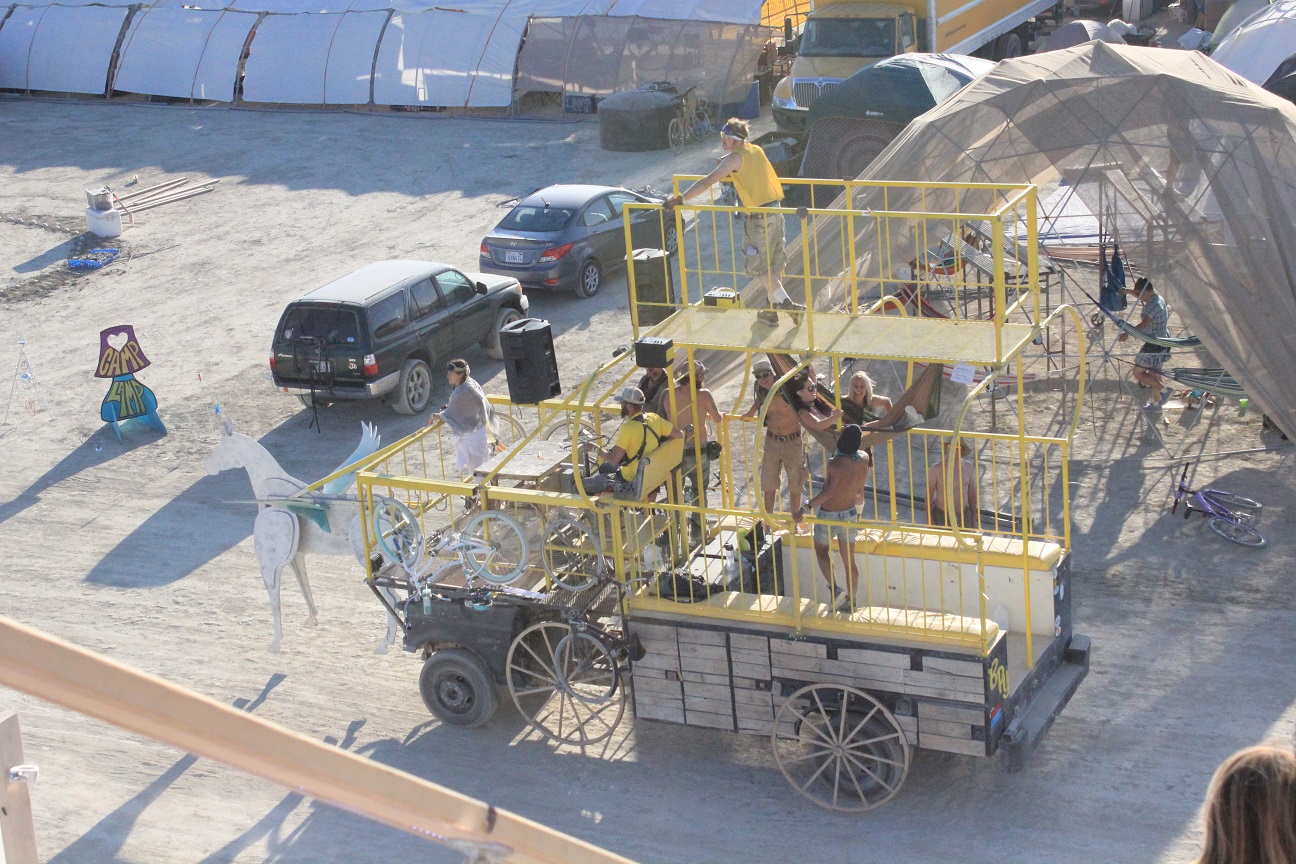 Today is Official Life Profit Day – “Today’s the day to do something you’ve never done before. Then get in the habit of breaking routine  the rest of the year. Cheers to a memorable life!” I’m totally on board with this! The thing that kills my life is when I get into too much of a routine. My Mother has tried to instill a need for routine all my life and she’s done a good job with teaching me that foreign concept. I can see how it helps to get things done and keep the cogs moving. Nobody ever needed to teach me how to break routine however, and this is a day with my name all over it! 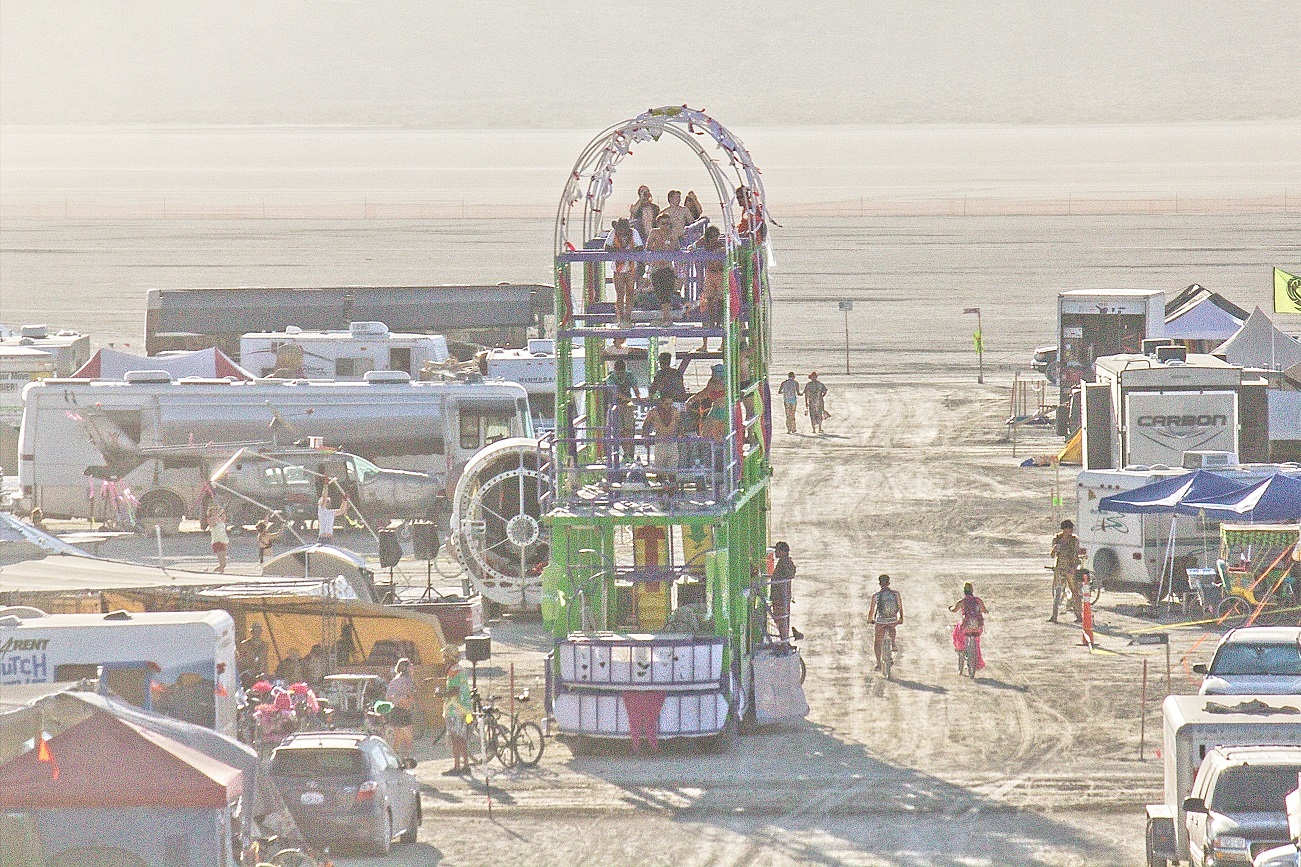 Again today, there were 1001 events to go to, of which we only got to a few. A lot of the best times we’re finding here are just hanging out around camp, giving out Awesome Shots and talking to people. Everyone is so friendly, happy and fun. Sometimes it’s just too hard to leave the fun you’re having for an event half way across the city. Plans are made to be broken. 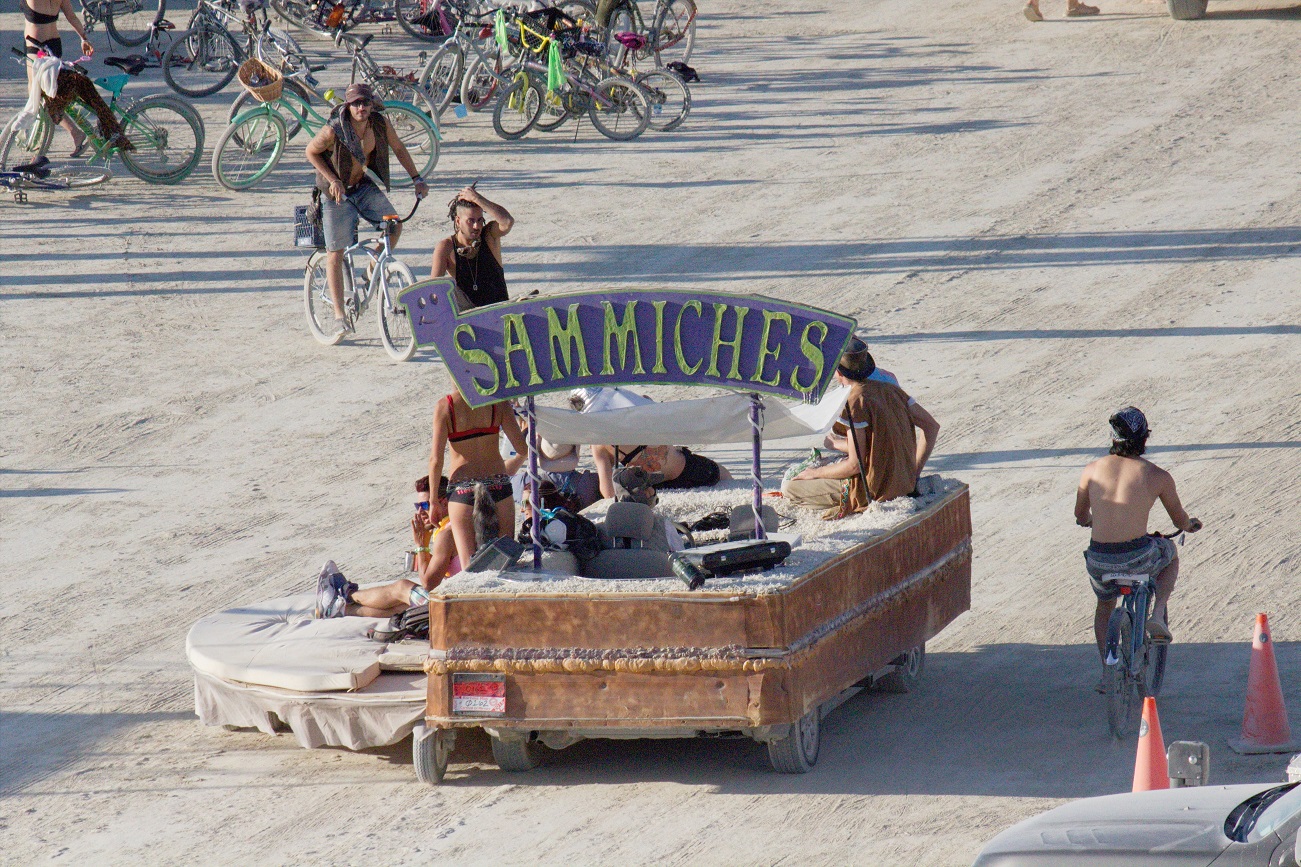 At one point this afternoon, we ended up right smack dab in the middle of a naked pub crawl wandering past us. There were so many of them, basically a herd of them, that we were forced to stop and let them pass us before we could cycle again. Given that we were fully clothed, it felt like we were the ones out of place. It’s a strange thing, all this nudity, and it has brought up all sorts of different thoughts I’d never had before. I felt somewhat intimidated being the only two clothed people surrounded by this parade of naked drinkers, and that was the exact opposite of how I would have thought I’d feel. 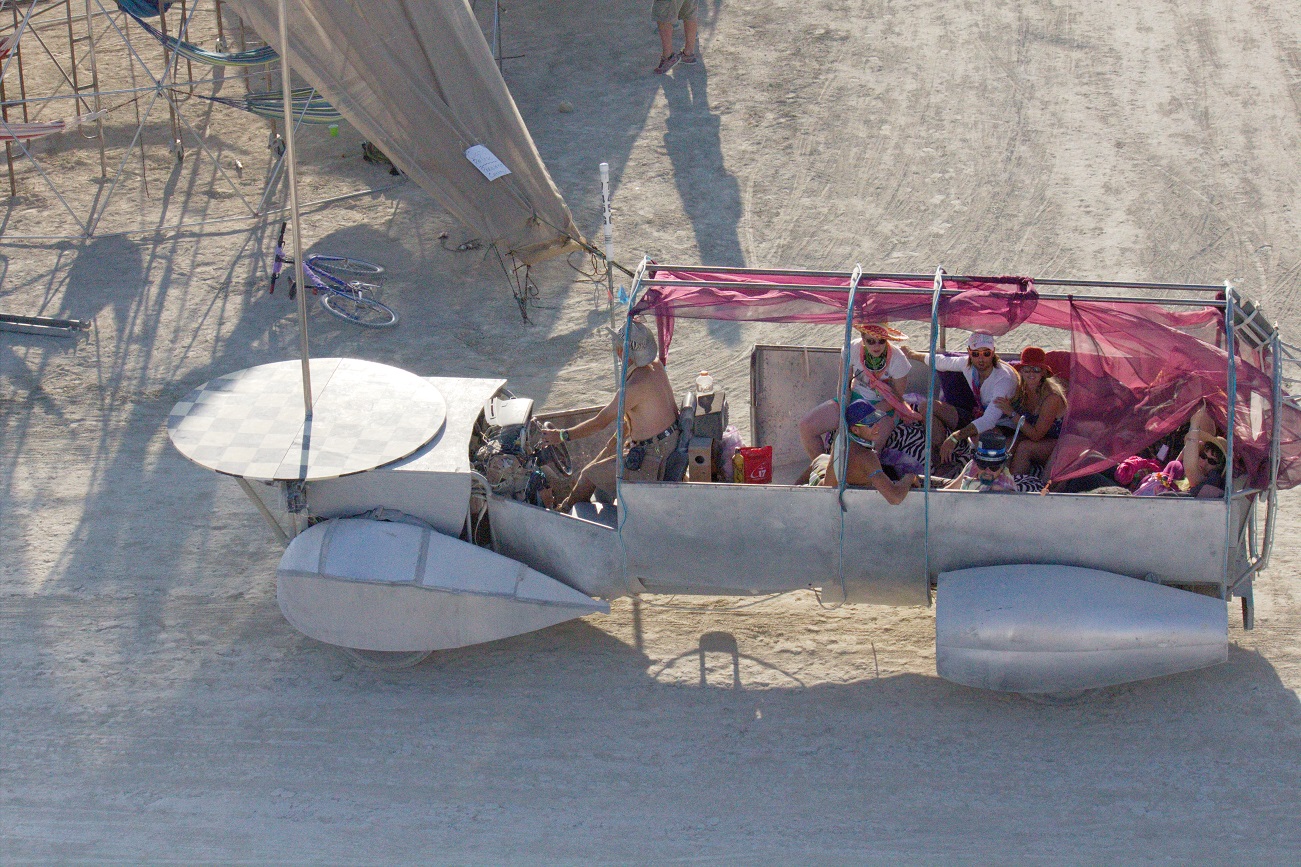 There are a lot of women who go topless here, and for most of them it looks asexual. I found myself very disgusted when seeing particular creepiness from some men ogling them way too obviously. For instance, a bare breasted woman was sitting on the ground at an event and this man, old enough to be her Grandfather, sat down beside her.  I was sitting across the room, so I could see his eyes make a beeline for her chest, but that wasn’t a good enough vantage point for him. He then went down onto his back where he could lay there and look up through her armpit at her breast a foot away. How can someone be so casual about being so obvious? Fortunately, though, most people don’t act creepy. 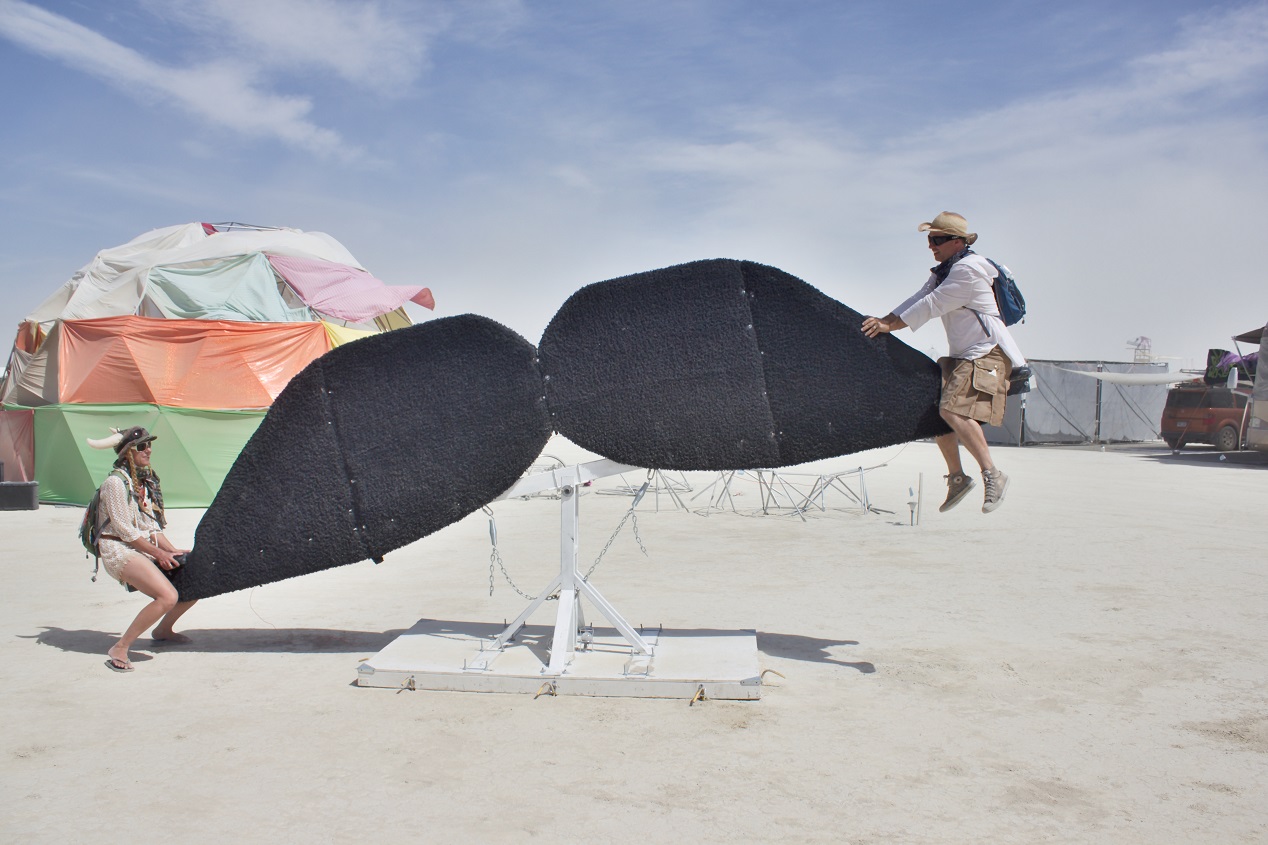 I did have an outbreak of jealousy take over my head in the afternoon when a topless woman came up and hugged my husband. I know it was meaningless, but the feelings came unbidden and outside my control. It didn’t help that she had just been jiggling her boobs at all the men around us and treating them as a sexual object. She acted like she was giving my husband a treat by rubbing her breasts on him. I acted like it was no big deal, but inside, I was fuming. I wanted to rip her eyes or her jiggling boobs off. I wanted to yell at her “Keep your jiggling perfect 25 year old boobs off my husband!” The same feelings come over me again now while I am writing this. I never, ever thought I’d have to think about how to act if a half naked woman hugged my husband. But there it is – my new thing. 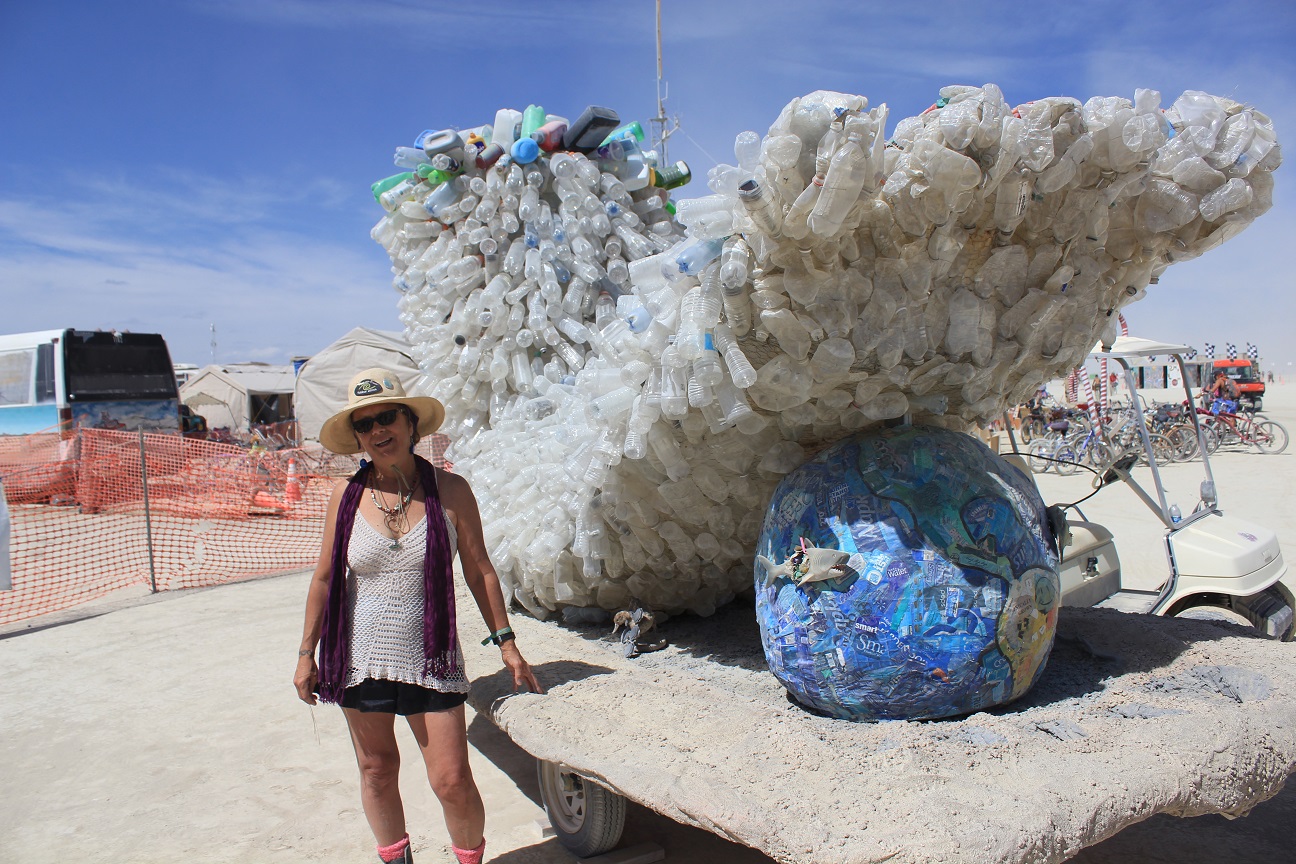 I swear I saw more penises this week than I have in my entire life. I wonder why men want to be naked so much, especially the older ones. I don’t think it’s necessarily an attractive look for them. That part of them looks so small and ineffective, when not excited, and I find myself thinking “Oh how cute.” or “Well, bless his heart.” 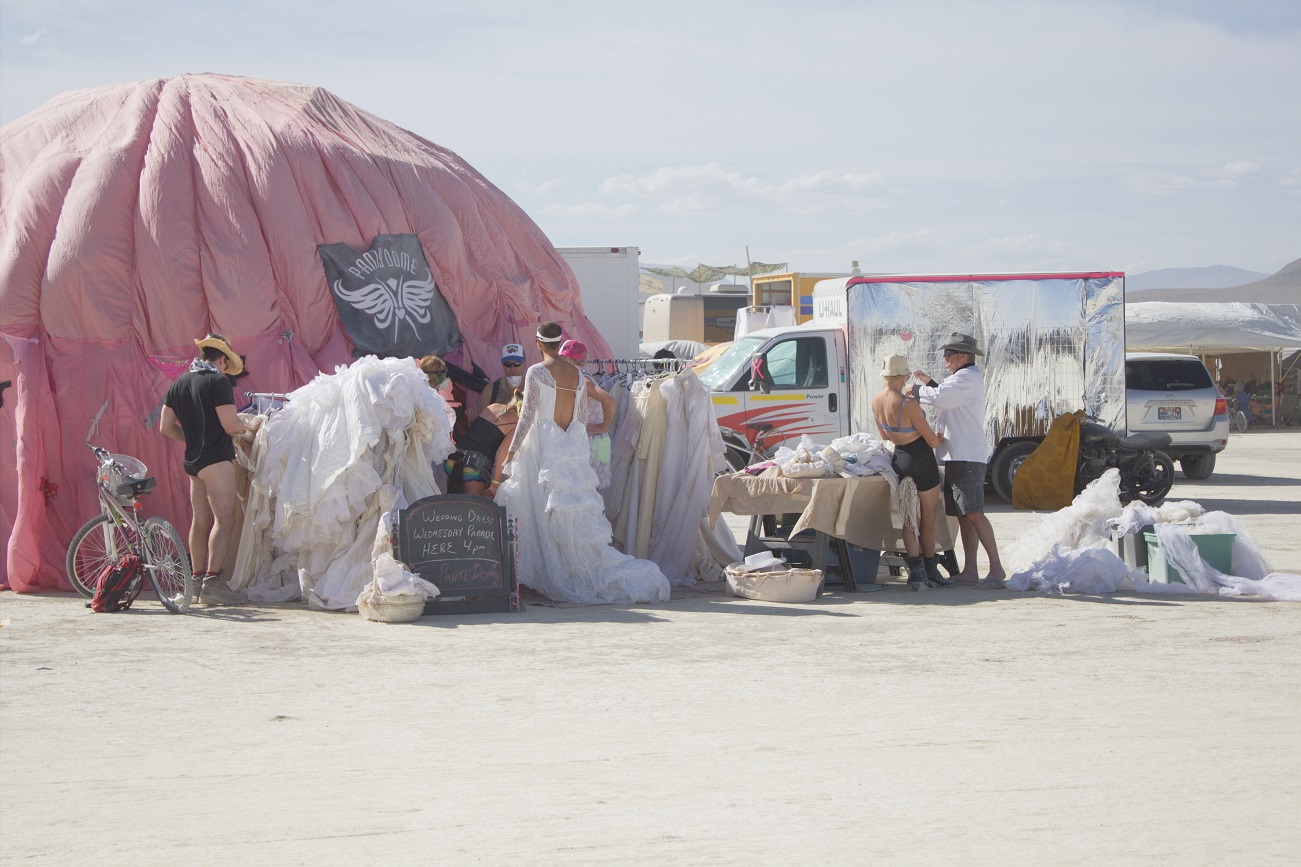 We made it to: 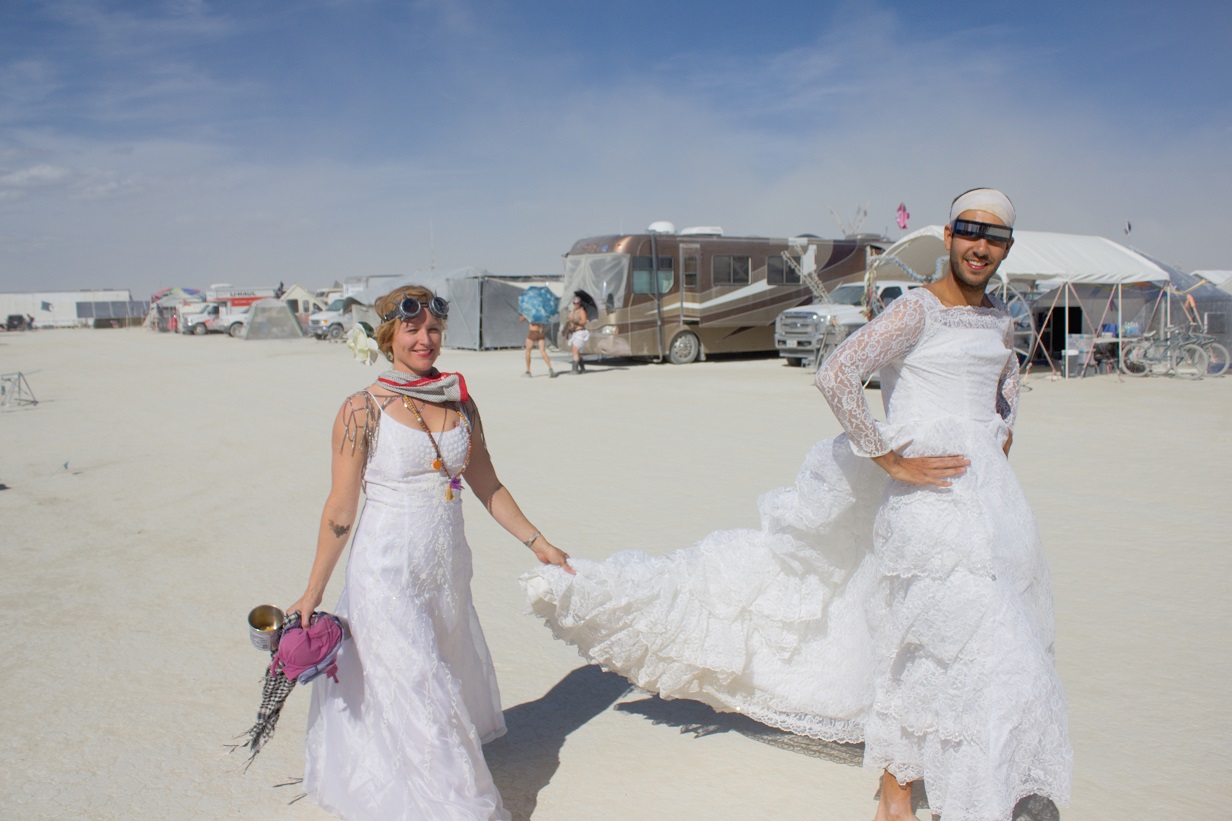 In the evening, we cycled the Playa again, finding more art projects that we hadn’t even noticed before. This time it was super windy, and super dusty. Dunes grew up where the landscape had been previously flattened by bike traffic. There were some patches where it was so tough to get through and then you’d be sailing again. It was so much fun! 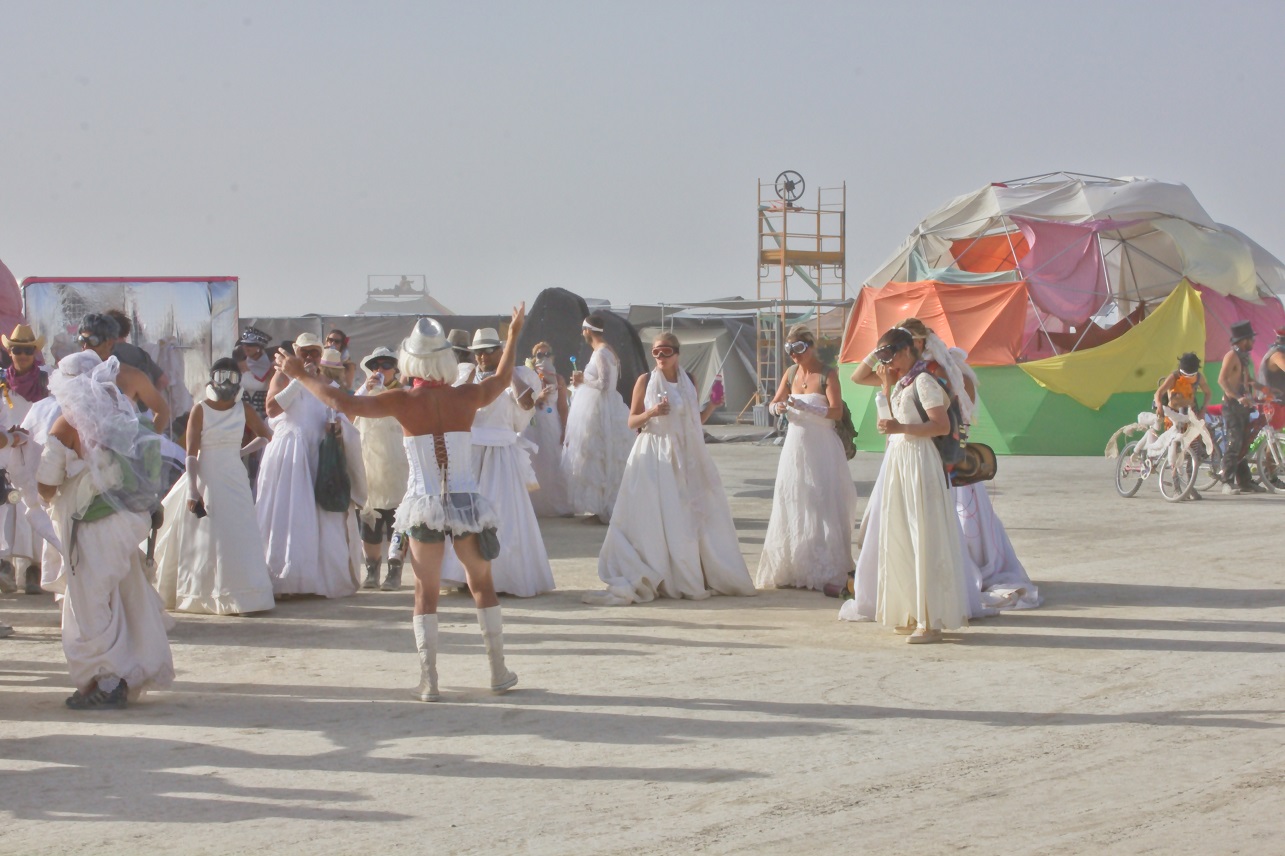