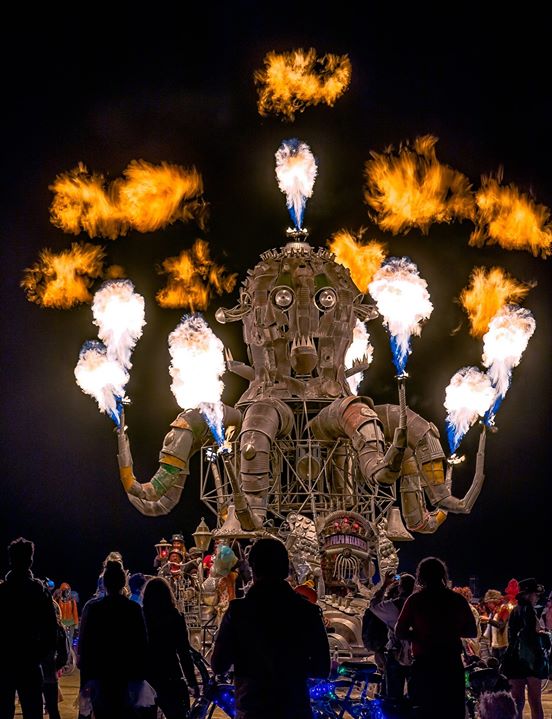 After the most amazing, perfect day that was yesterday, it was appropriate that today should be a quieter, relax, and recover day.

The PantyDome across the way had an unadvertised Panty give-away party. They had hundreds of new-in-the-package panties and they were giving them away to passers-by along with a vodka punch. We ended up making it a joint affair with us hawking Awesomeshots and foil tattoos, and them hawking panties and punch. A ton of people came by and the road ended up full of partiers. 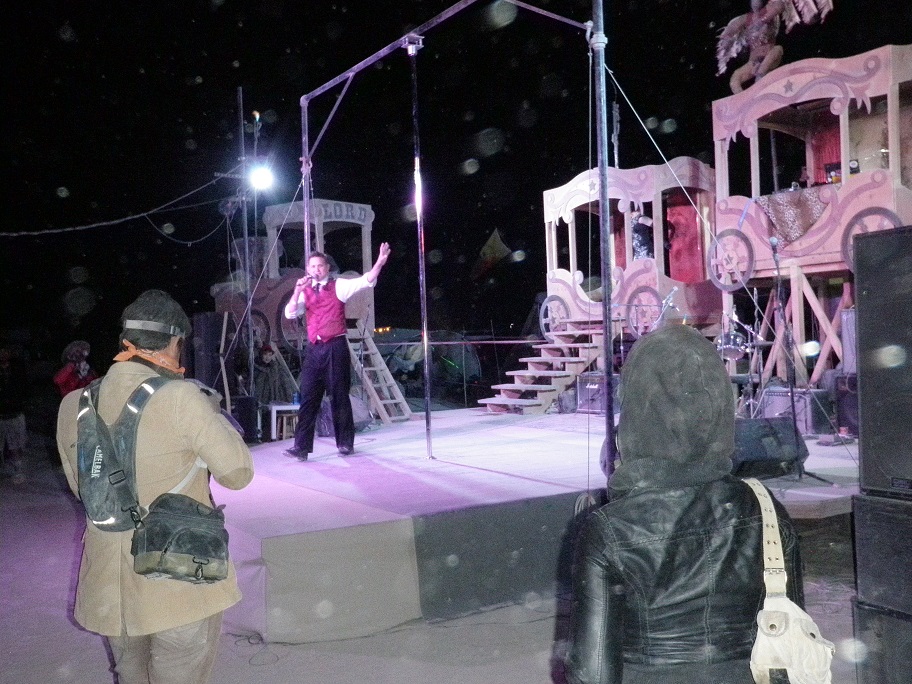 That night we rode down to the Esplanade, which is the first road that fronts onto the Playa. There is always so much going on there. We had no idea where we were headed, so when a man and woman dressed like carnival troupers demanded we stop to watch their show and visit their open bar, we couldn’t resist. 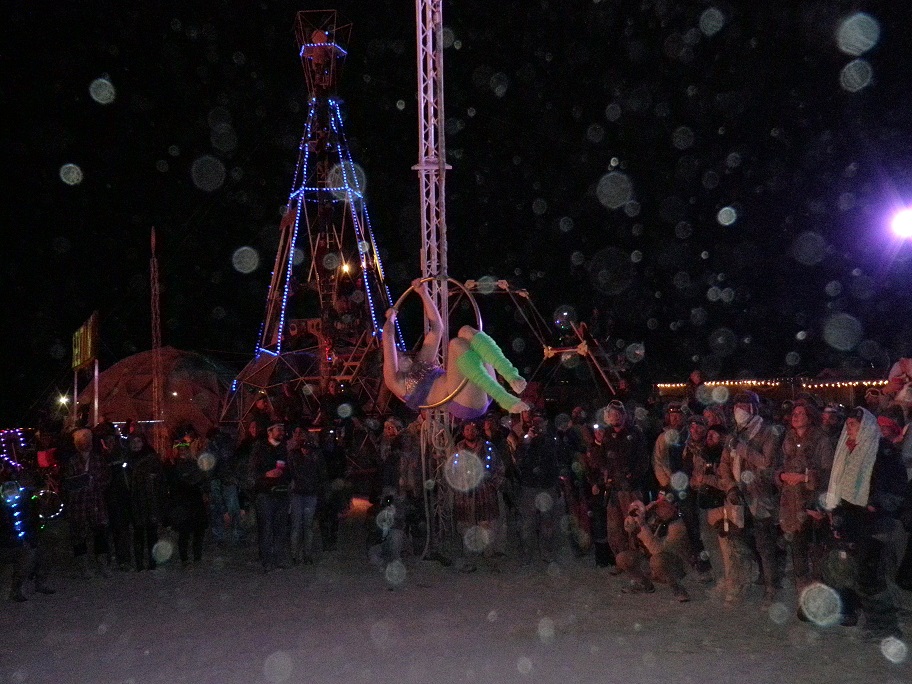 The full bar gave very good pours, as we’ve found pretty much all Burning Man bars give. There seem to be no watered down drinks anywhere at Burning Man. The show was a carnival burlesque event, and I felt so sorry for the barely dressed men and women since tonight was freezing cold. The wind whipped up the sand and arctic temperatures to a fever pitch. We lasted about an hour and then even I, a Canadian, had to admit it was freezing out there. We headed back to camp and the relative warmth of our trailer.