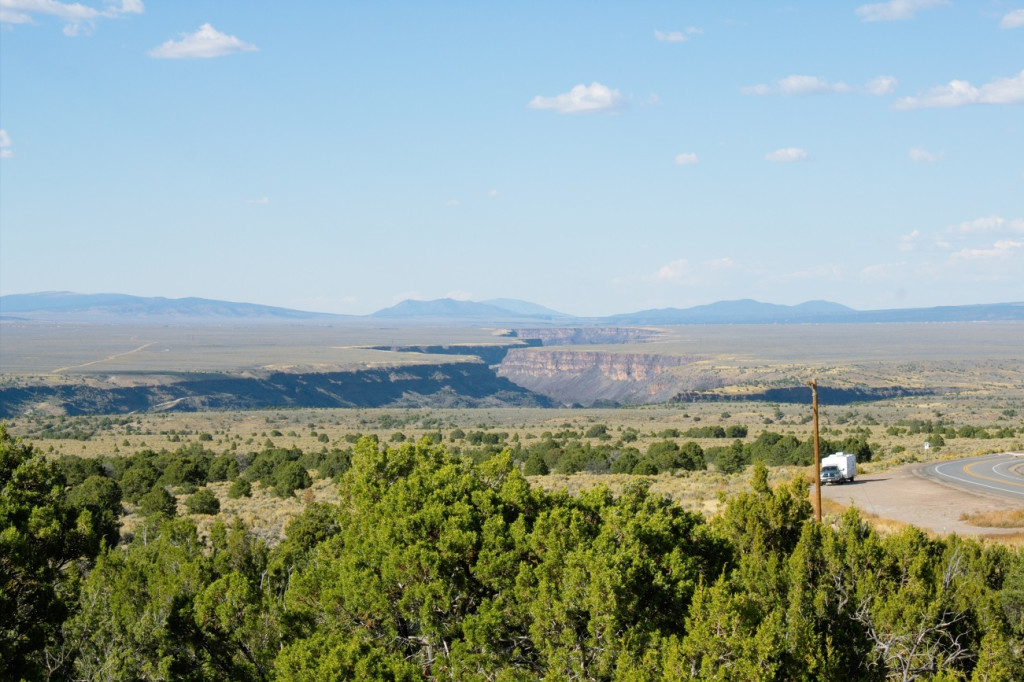 We’d just left Taos about 5 minutes before. We pulled over at the rest area to take a photo and as soon as Harold opened the door I smelled something burning.

“That’s not us is it?” I yelled to be heard over the traffic roaring past us.

“Yes, it’s definitely us.” he said flatly as he climbed into the trailer to get water. 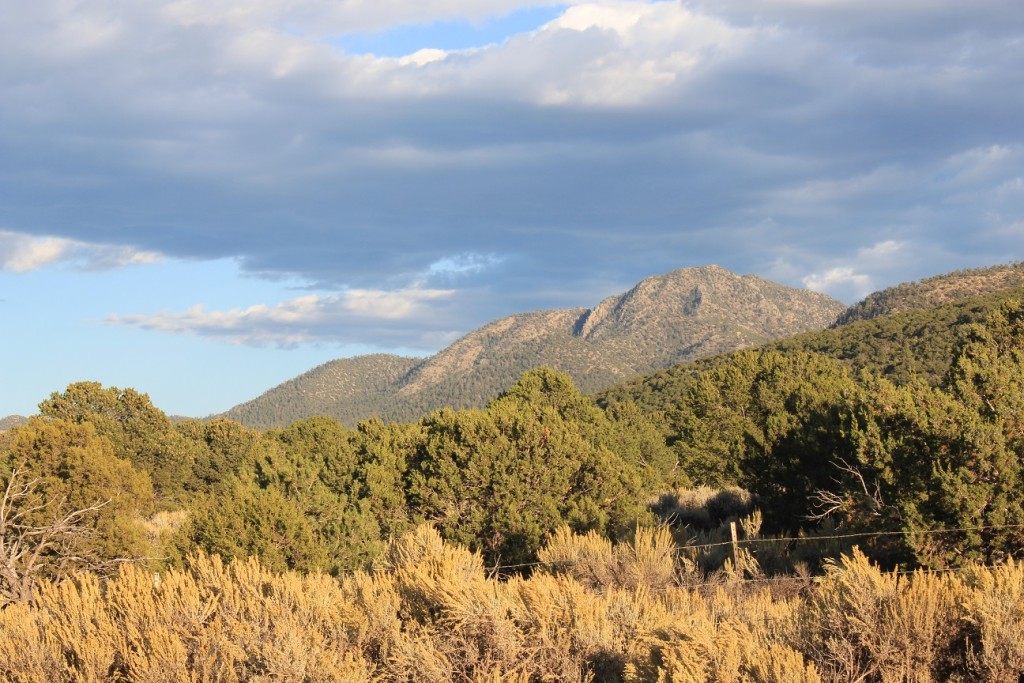 I looked at the wheel. It was the other wheel this time, right behind the original troubled one. We’d just had it checked and re-packed!

“I know.” he responded as he poured the cold water on it. 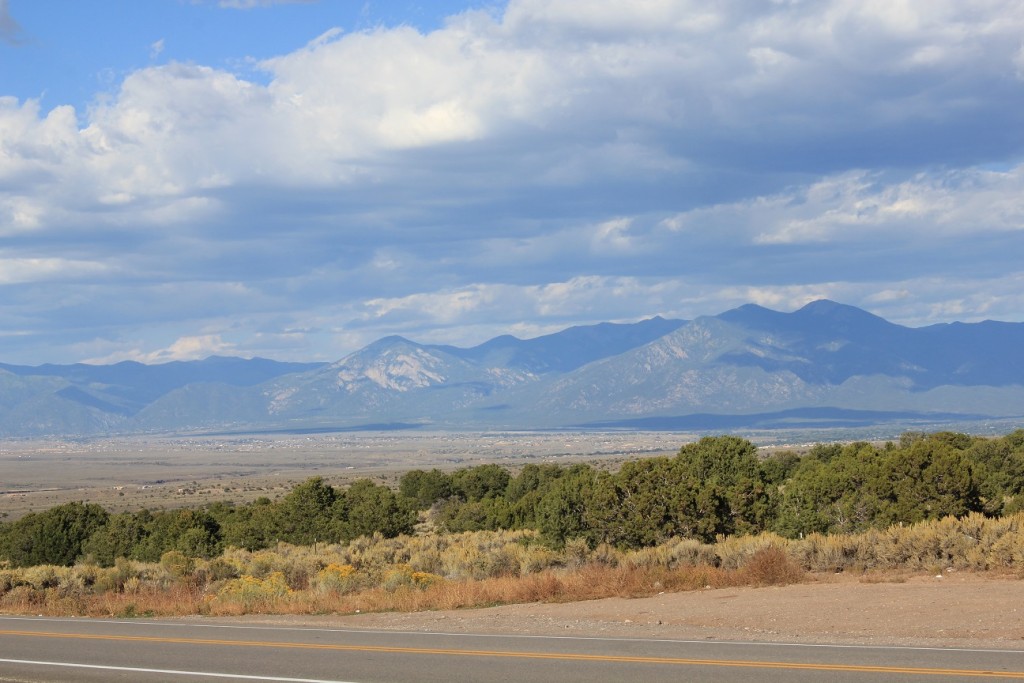 We called around to a few repair places and finally found one willing to come out and look at it. Luckily, we had replacement bearings already. We’d bought them when we had the new axle put on back in Wendover, NV. We were just hoping it hadn’t all seized up on us like the other one did. I kept feeling the pessimism take over and had a hard time resisting the urge to let it out. “I bet it’s gonna be more bad news …” 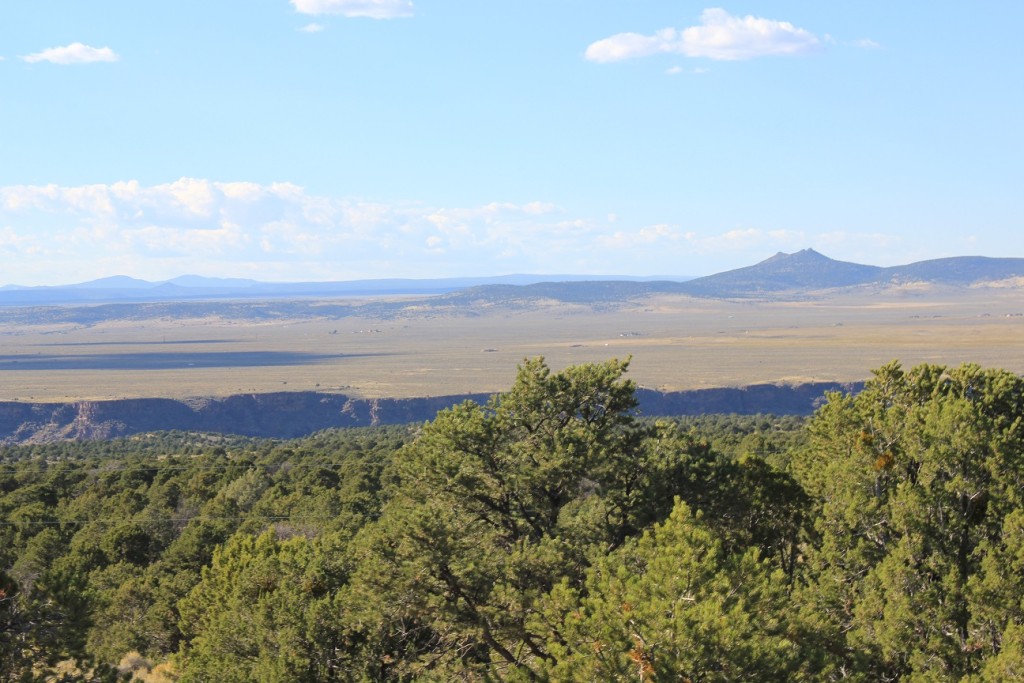 I think all my Burning Man happiness was now finally depleted. I hadn’t even been able to post all my blog entries of the last bearing catastrophe and it was already happening all over again! All my love for the world had now changed. “I hate the world.”

“No you don’t.” Harold responded. “You can’t hate the world yet. It might not be so bad.”

His tone wasn’t very inspirational though, “But what if it is? Can I start planning global destruction if we’re stuck out here for another 5 days?”

He just laughed in response. 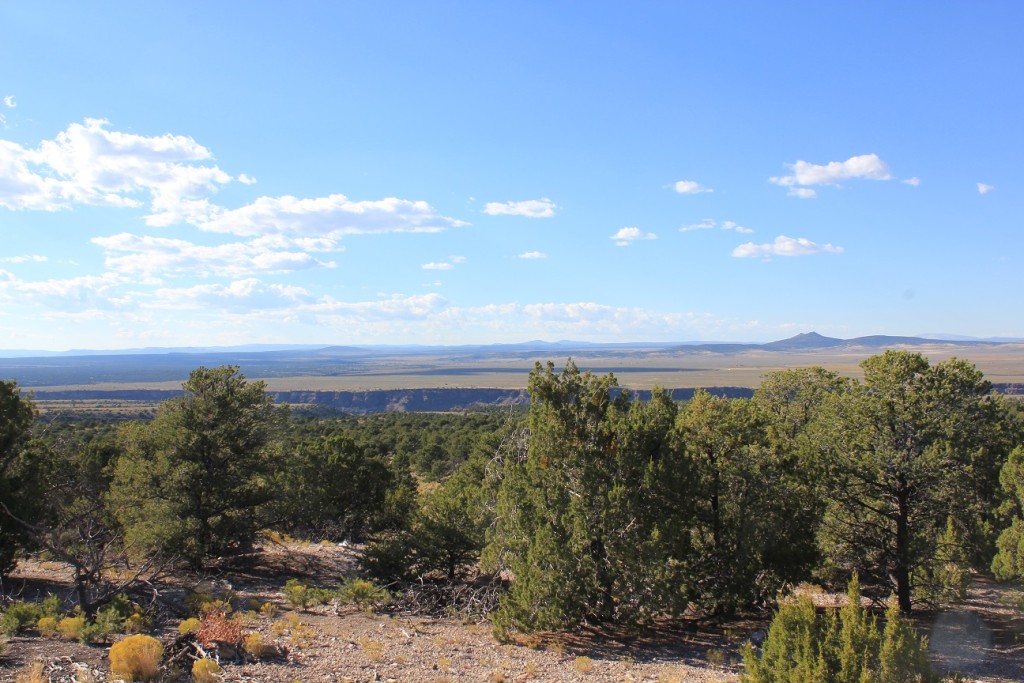 All through our problems with Toonie and the trailer, I had resisted calling my mother, except for that one time in Salt Lake City. I know, the moment I talk to my mother, I’ll start crying again. I won’t cry to Harold because it’s not fair to him. It’s not fair to make him be the tough, strong, guy who deals with it all and for me to be the weak, crying mess that doesn’t. This is actually what I’m good at – I’m good at seeing the good side of the issue and pushing on. Sometimes though, I just need to let it out before I can do that. So I called my mother and cried, and it helped. 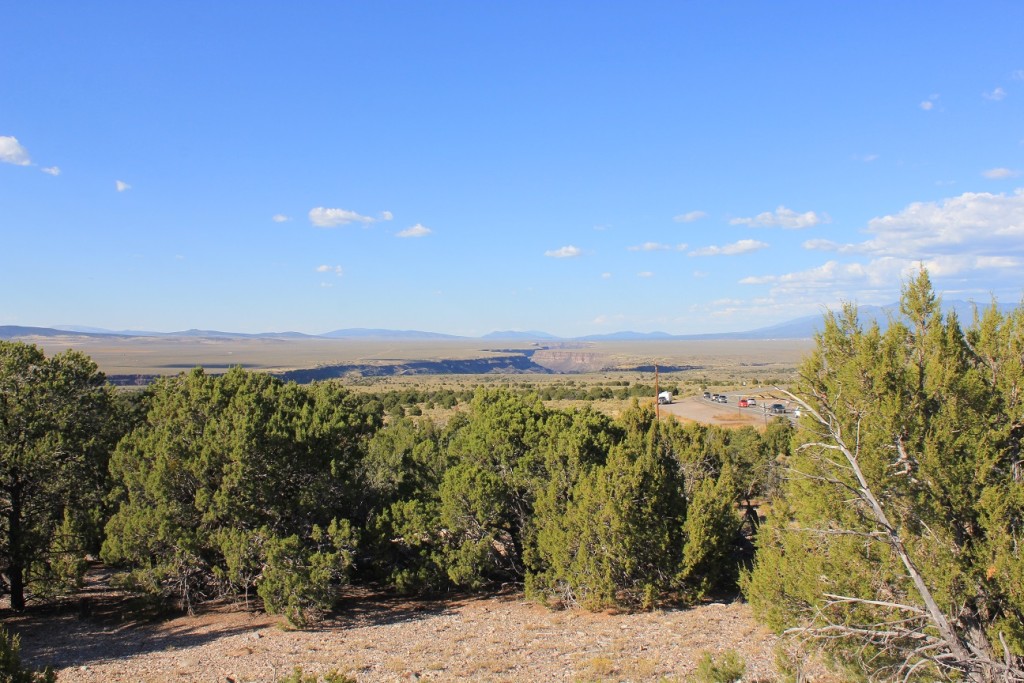 We called the repair guy around noon, and sat there waiting patiently. All. Day. Long. As breakdown places go, this was a pretty good one. We were up on a big hill, up above Taos, just before we started to head down towards Santa Fe. The Rio Grande Gorge and miles and miles of beautiful scenery lay out in front of us. Across the road, we had a number of people selling their wares. One was selling jewelry, another leather wallets and purses and the last guy was selling jerky. Two of the guys spoke so loud, that when the traffic died down we could hear their entire conversation from our side of the highway, in our trailer! 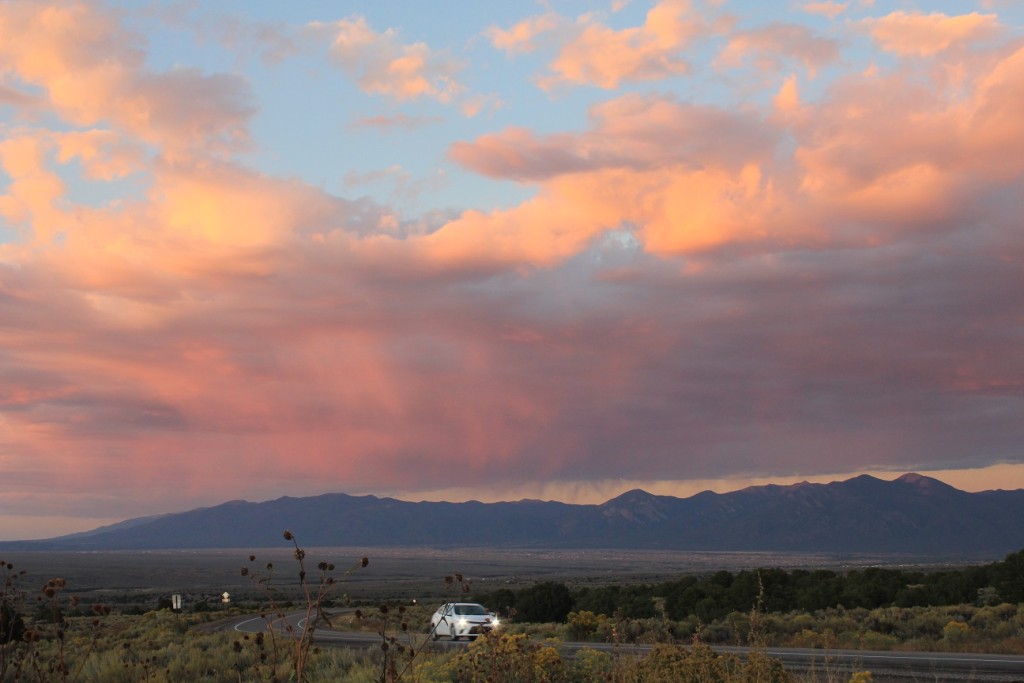 About 7pm, my patience gave out. “Please call him!” I pleaded with Harold.

“I’ve just finished with my last call and will be there in about a half hour.” he told Harold. 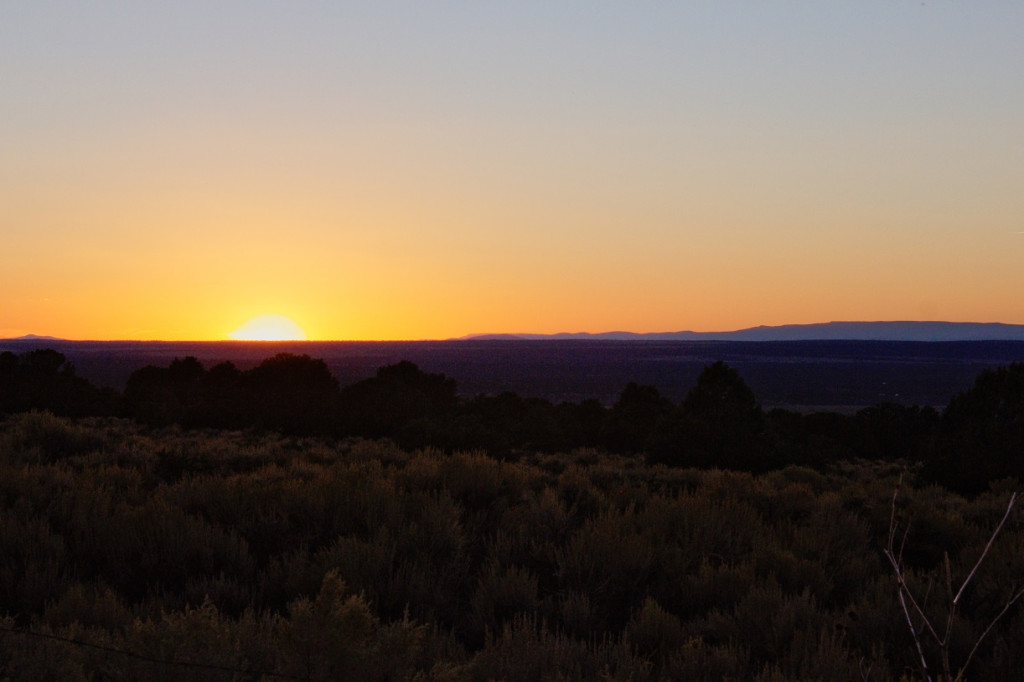 As I saw the sun setting, I figured there wasn’t much of a chance we’d get things fixed tonight. He was there as promised, about a half hour later, and he brought his wife along with him.

He looked quite elderly and I worried about him. “Can I help you carry that?” I offered, to which he responded, “I work alone ma’am!” and got on with it. 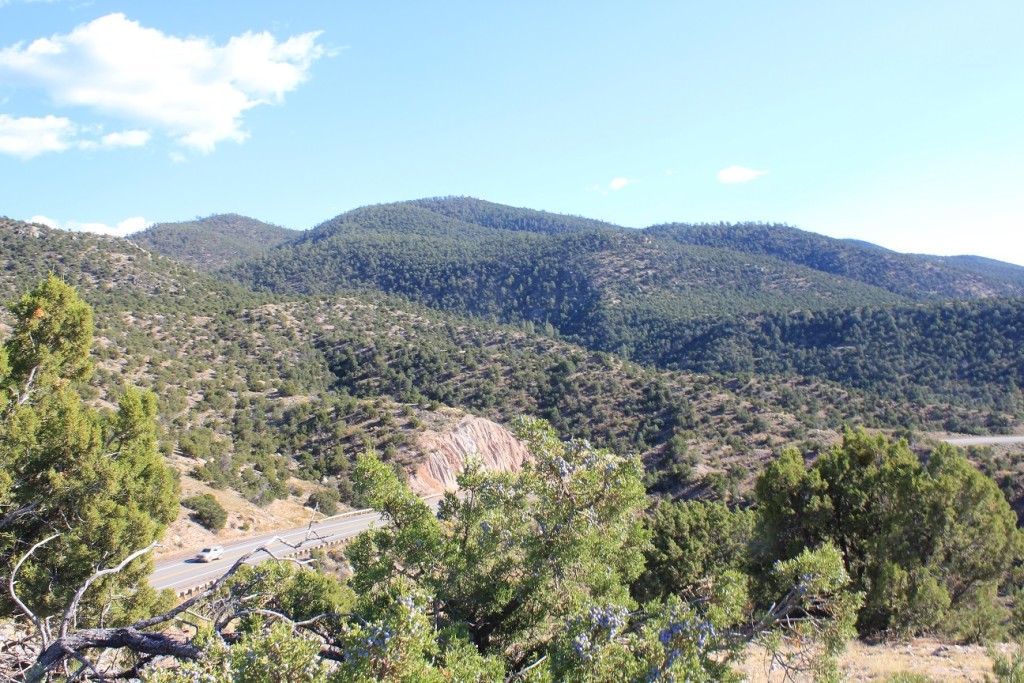 His wife was a talker and he was an orderer. He was kinda grumpy towards her, and she’d just jump up and do his bidding, at every command. She’d go on chatting non-stop about her family, and her life, and he’d jump in and order a towel and she’d run to get it, barely breaking stride in her dialogue. 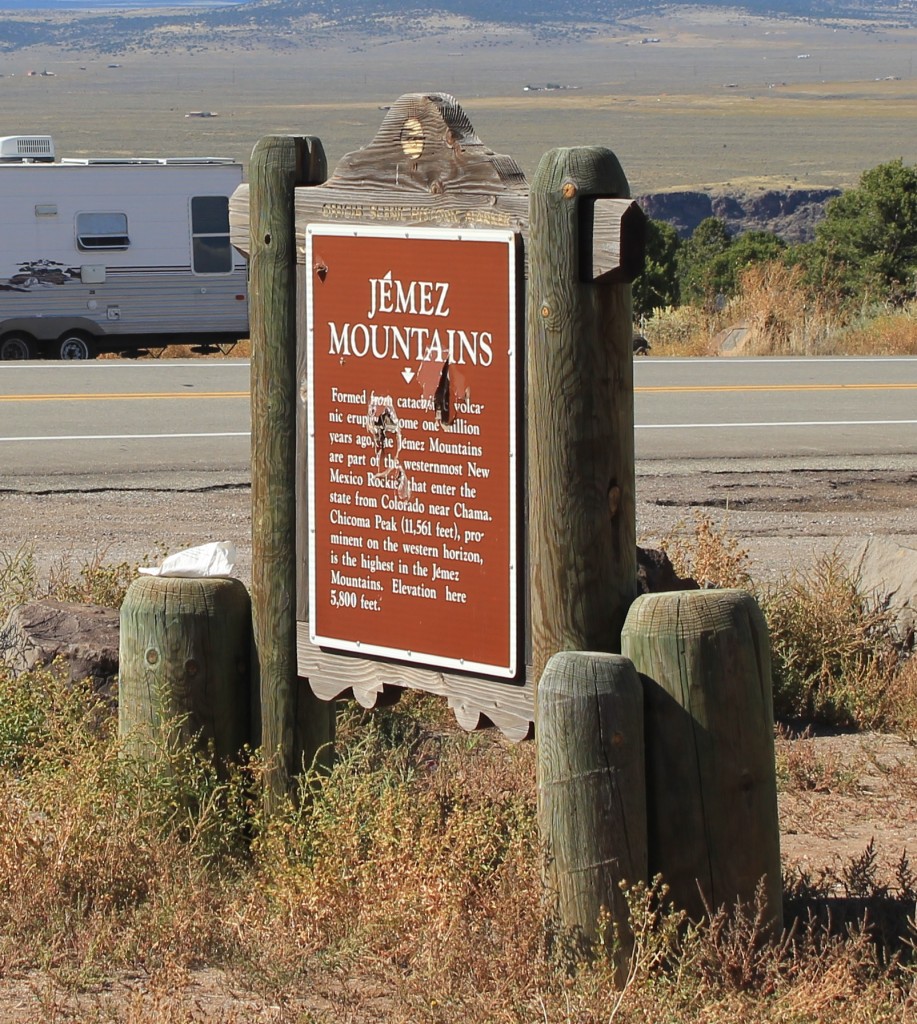 She told us he was 85 years old, and here he was still out on the road fixing people’s vehicles, rolling around on the ground like a man many decades younger. She was pretty spry herself, though she never told us her own age. When he fell off his stool onto his back, Harold and I let out a shared exclamation of horror, and jumped up to help him. He just waved us off. “I’m fine! I’m fine!” and got back up, though I noticed he did it slowly and stiffly.

“He’s had a hip and a knee replacement!” his wife went on, without a worry. 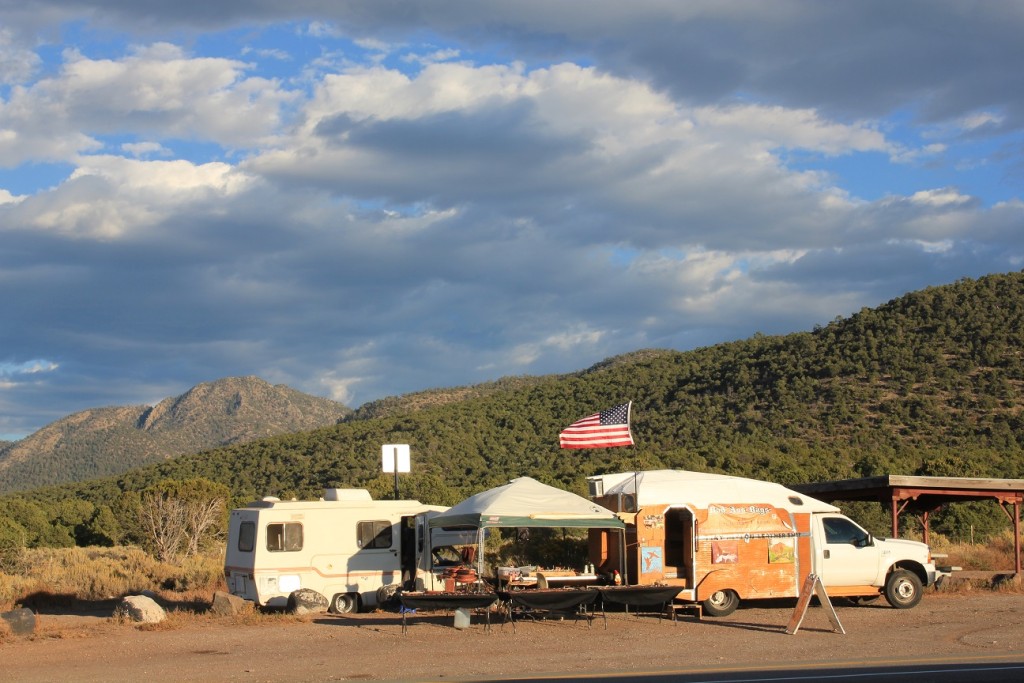 Just before 9pm, he ran out of grease. Calling around to places in Taos, he plead with them to stay open just 10 minutes longer or take his Visa number and leave the grease outside for him. None of them would do it. “Oh great, we’ll be stuck out here overnight because he has no grease!” I was thinking, but Walmart saved the day. “We’re open 24 hours!” 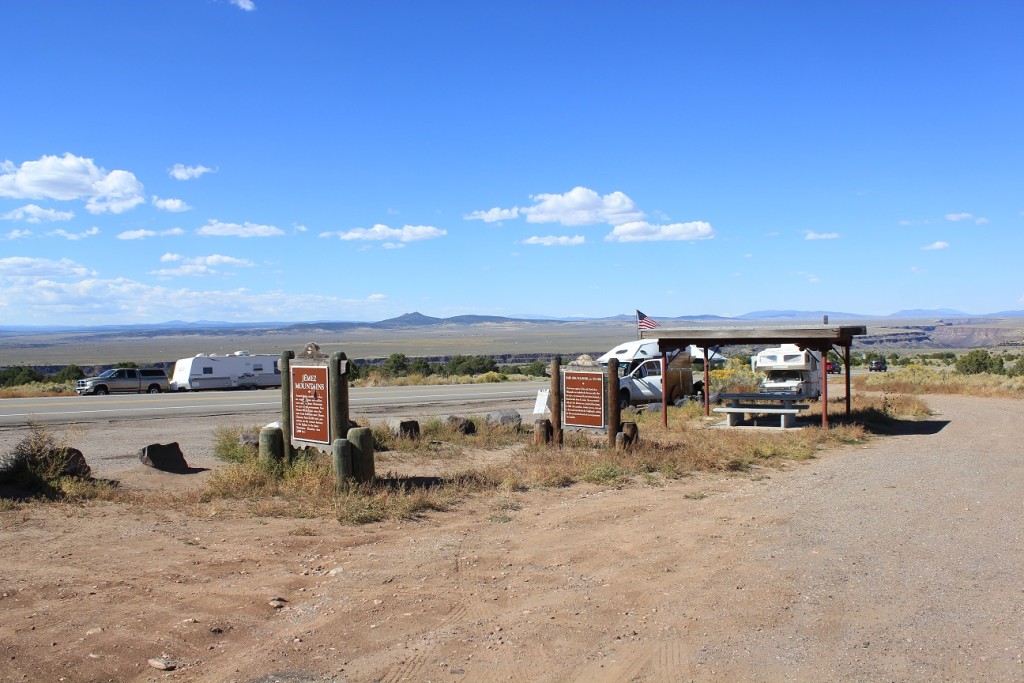 While they were gone, I poured myself a glass of wine – something I should have done many hours before. When they got back, I put it away, and returned to my spot, listening to the wife.

About 11pm, he was finally finished. Grand total $750US. “I was right – another $1000.” in Canadian. It was a lot more than I’d hoped for but at least we were on the road again. He figured the problem was that the shop in Wendover had tightened the wheel too much and used the wrong grease. He told us we should get the other wheels checked while we were in Santa Fe and followed us down the hill and into town. Just before he turned off to his own home, he put on his flashers and pulled us over. “Oh no, what now?!” Thankfully, he just wanted to check the heat on the wheels. Warm, but not hot. That was a good sign. 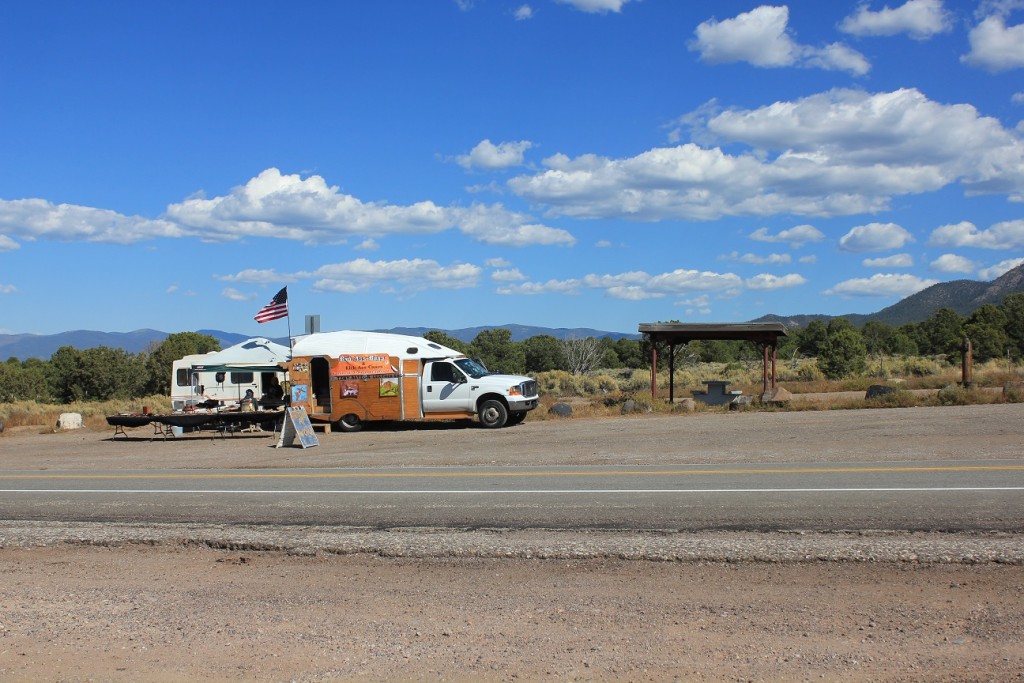 A few days later we got the trailer into an rv repair place. They couldn’t believe what they found. “Yeah, so the guys that put your axle on? They put the brakes on backwards. Plus they didn’t even connect the brakes on the other side.” Cha-ching! Another $500 to fix it. Running total so far: $2500. I will never go back to Wendover. 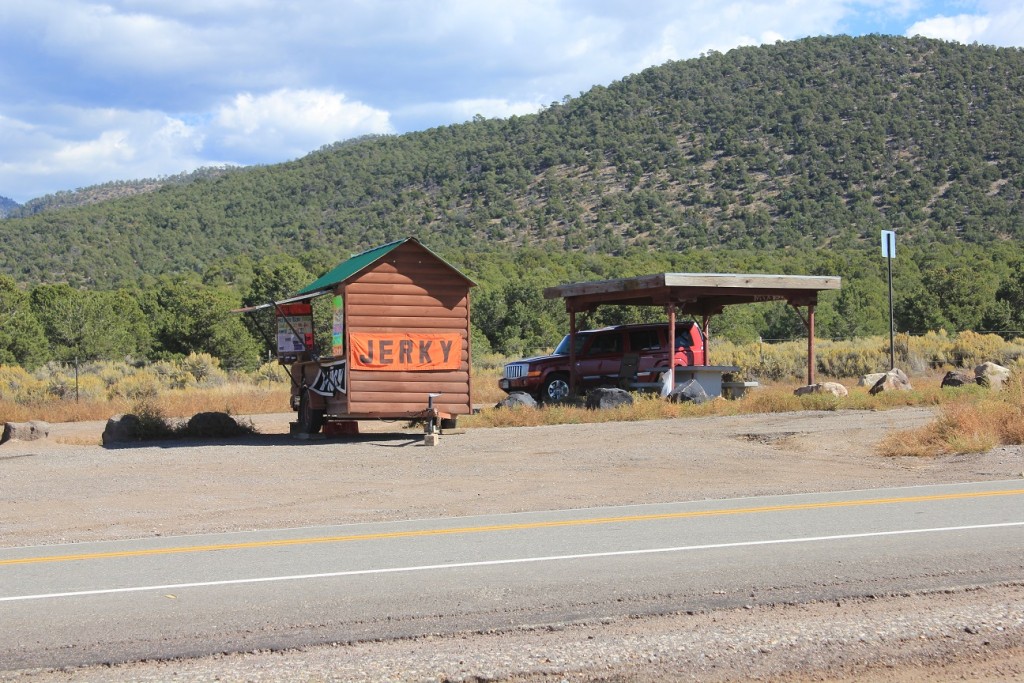