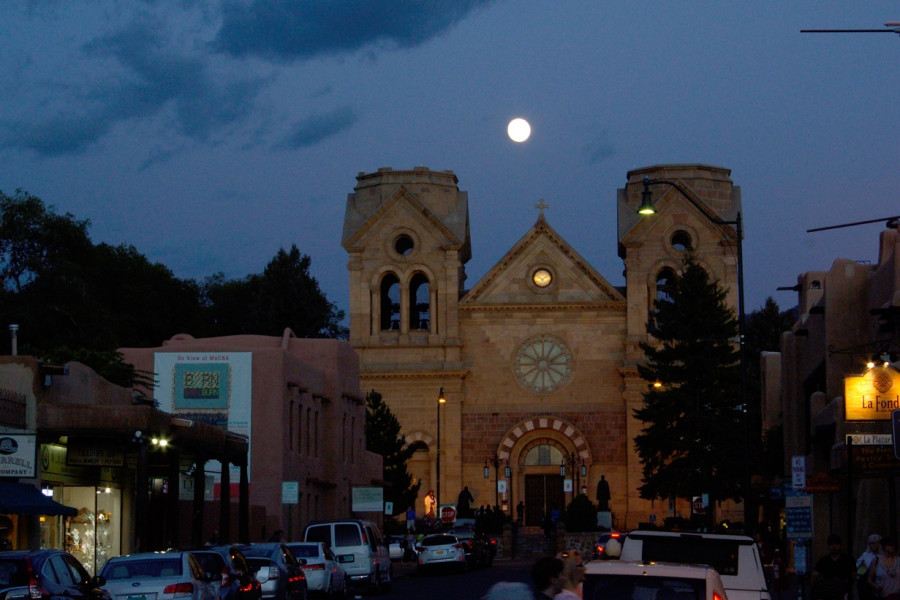 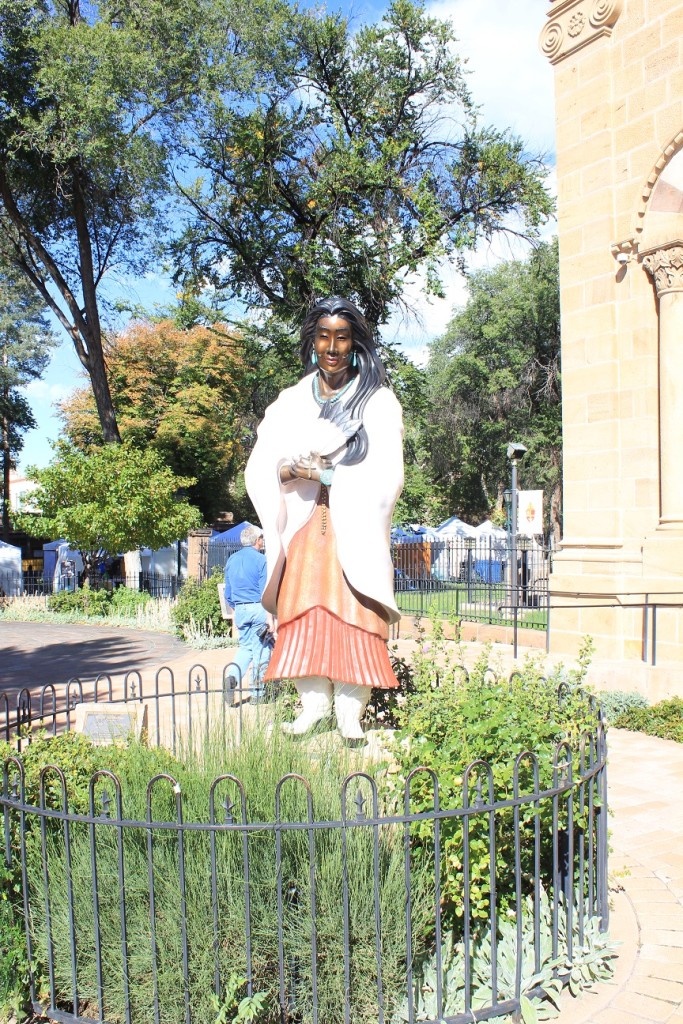 The first and only other time we have been in Santa Fe, was in 2008 when we moved Harold across the continent to come live with me in Vancouver. It was a terribly romantic trip, after having dealt with the hardships of a long distance relationship for far too long. 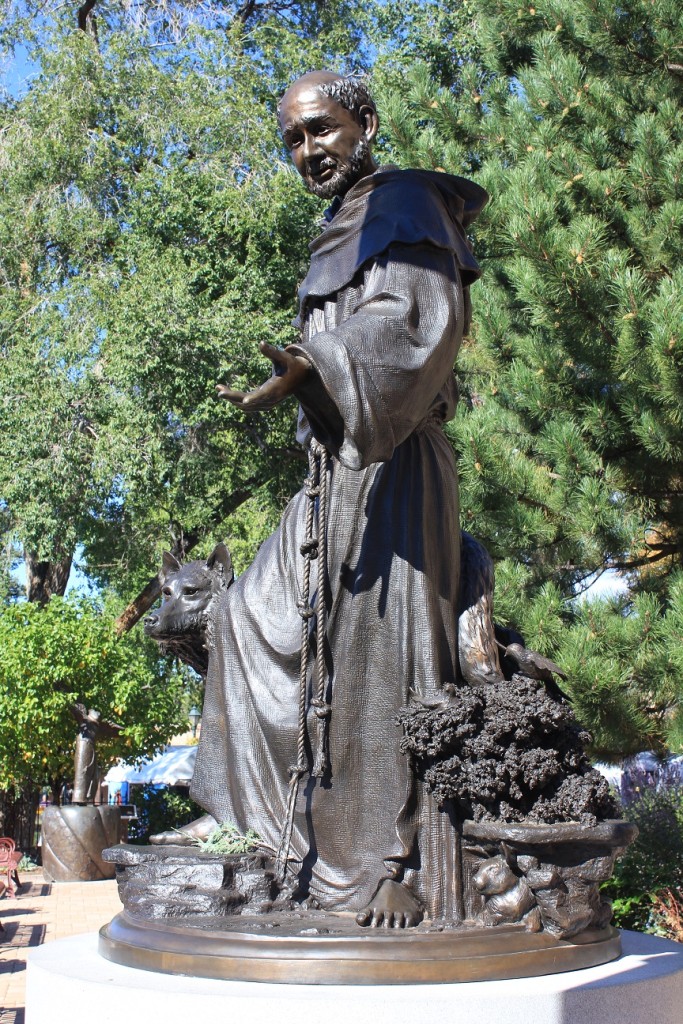 I had taken the bus from Vancouver to the Seattle airport, then flew, on a one-way ticket to Little Rock. Once there we spent the week moving Harold out of his condo. Half his stuff went to Goodwill and others, the other half into a moving cube, to be shipped to the border. 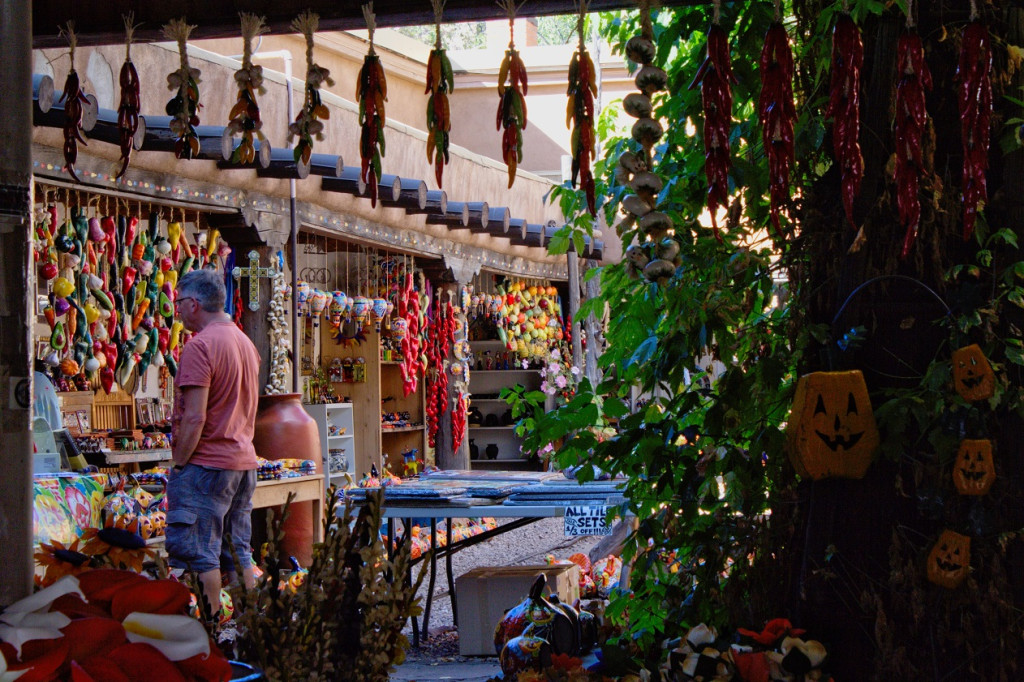 Finally on the road, Halloween morning, we drove all day and all night, from Little Rock, AR to Santa Fe, NM – a 13 hour trip. I remember almost falling asleep many times, trying desperately to stay awake, worried that Harold wouldn’t be able to stay awake if I slept. 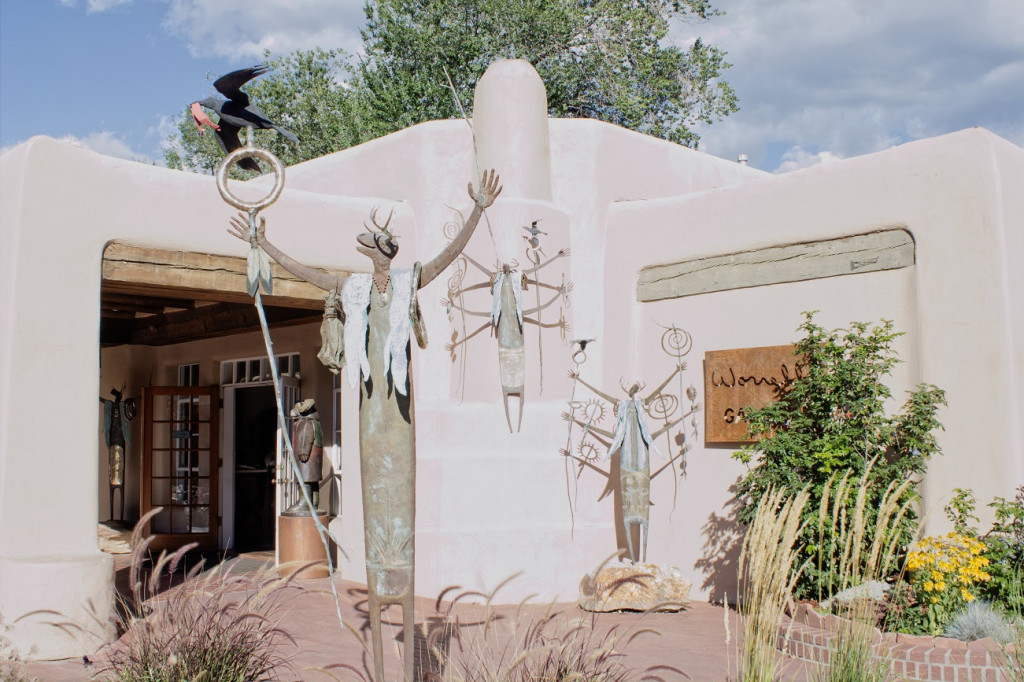 “Say something sexist to me!” I told Harold.

“Why would I do that?” he responded.

“I want to get my blood boiling so I’ll stay awake!” 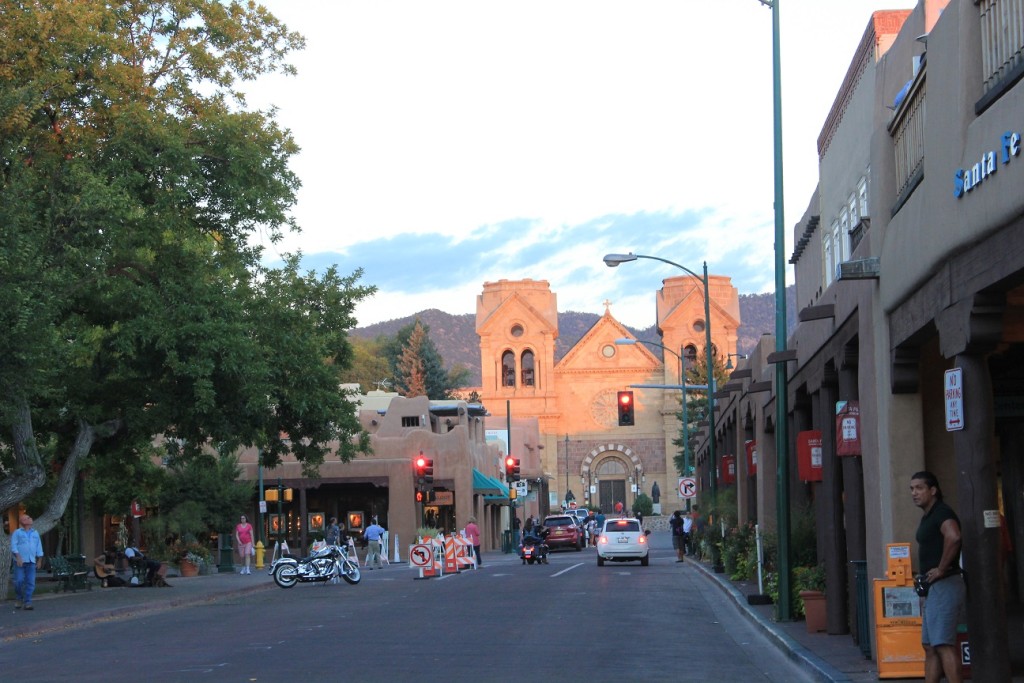 Of course he wouldn’t do it, which left me no alternative but to have a sexist conversation with myself. I regaled us with all the worst sexist jokes, quotes and ideas I could think of. Harold just laughed and shook his head at me, but it did keep us awake that last hour. 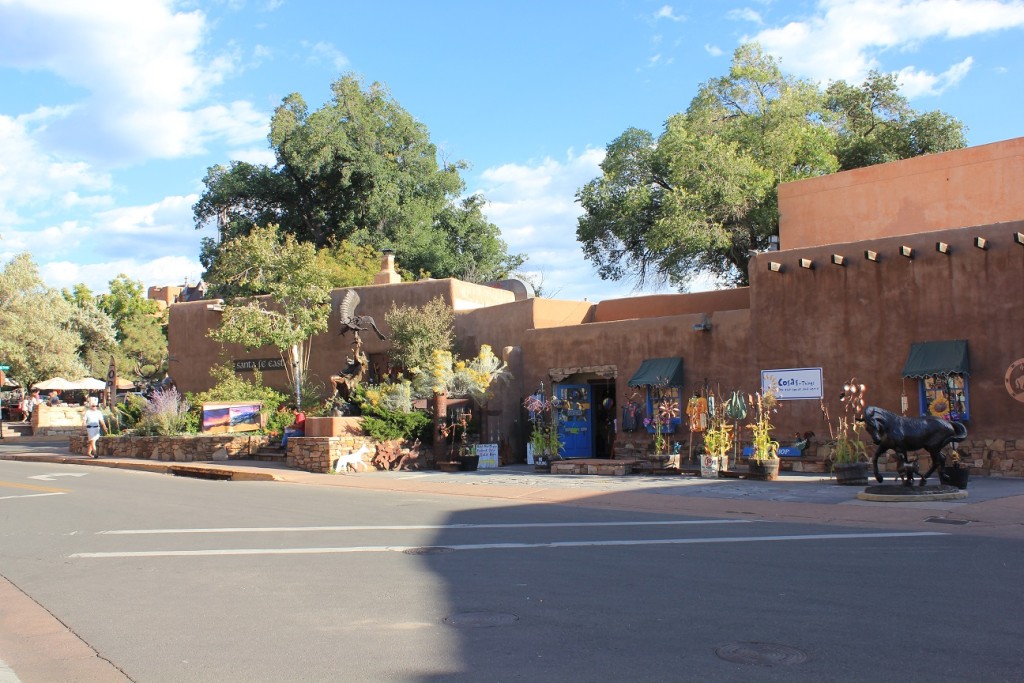 Skip ahead to seven years later – this trip, we did the exact same thing we did our first trip – minus the sexist jokes. We headed down to the old downtown area, a gorgeous New Mexican village constructed of adobe. There are so many art galleries, jewelry and clothing stores, most of which are heavily influenced in the style of the area. It’s an expensive area, but so beautiful and serene. We wandered in and out of the galleries and shops, admiring the colours and creativity of the artisans. 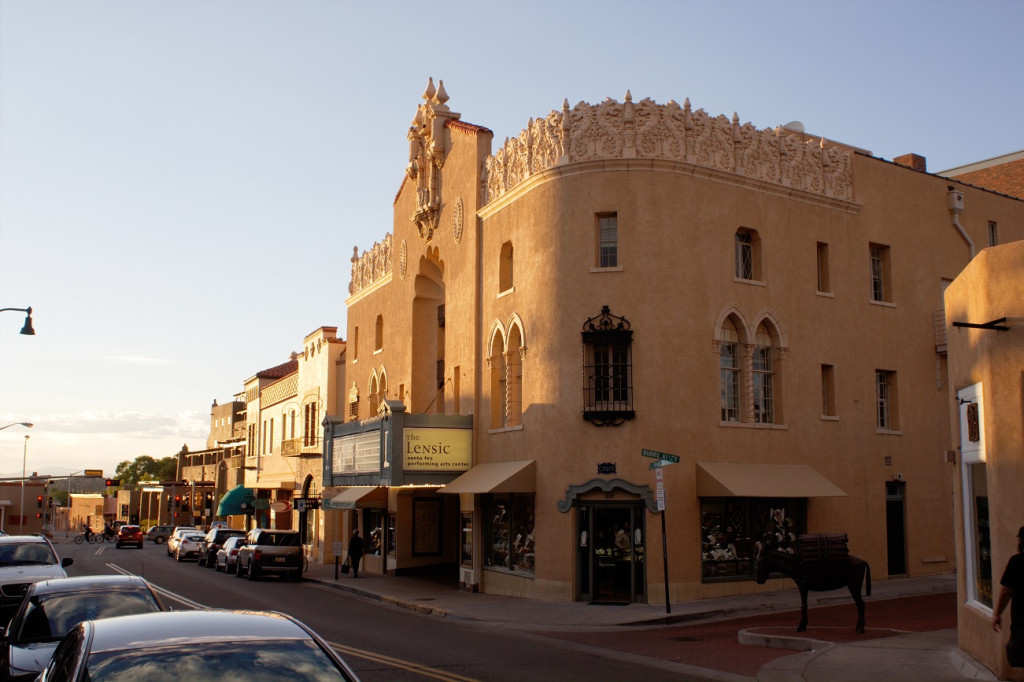 Still looking for ponchos, we moved away from the main square, and down to one of the side roads where we found a secondary square. The wares were cheaper here and there were some really beautiful wrap ponchos I tried on and admired, but none I could make a decision on. The only unisex ponchos we could find for Harold were just plain mexican blankets with a head-hole in the centre – not what we were looking for. 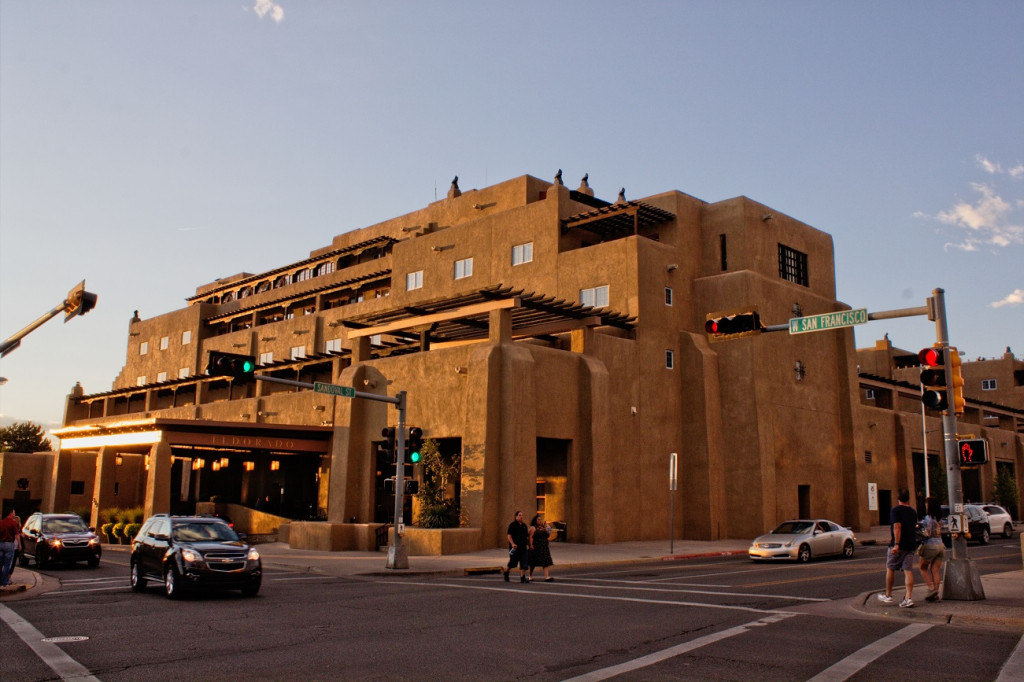 Just down the road from there was a hemp store. I can’t really remember ever going into a hemp store before, but as I’m cultivating my inner hippie, I decided we should go in.

Alongside all the hemp clothing and soaps they had a bunch of great bumper stickers, stickers, and emblems that appealed to me. As I went through them, chuckling and pulling them up to show Harold, I couldn’t help but overhear the conversation going on at the cash register. 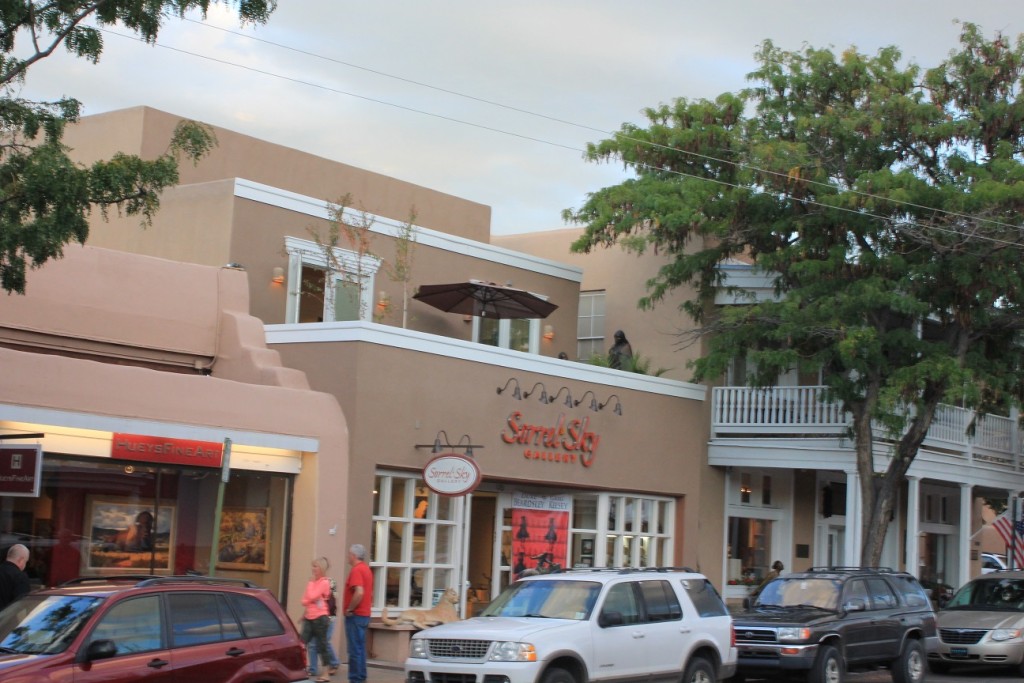 “They need to kill them all! They are making a mess of Florida!” The tone the older, grey haired man used was enough to set my nerves on edge.

“Well, no I don’t agree with that.” responded the rainbow haired cashier, in a slow drawl.

“It’s like the wolves in Montana. They kill all the livestock and the ranchers need to kill them.”

“Yeah I don’t agree with that either.” 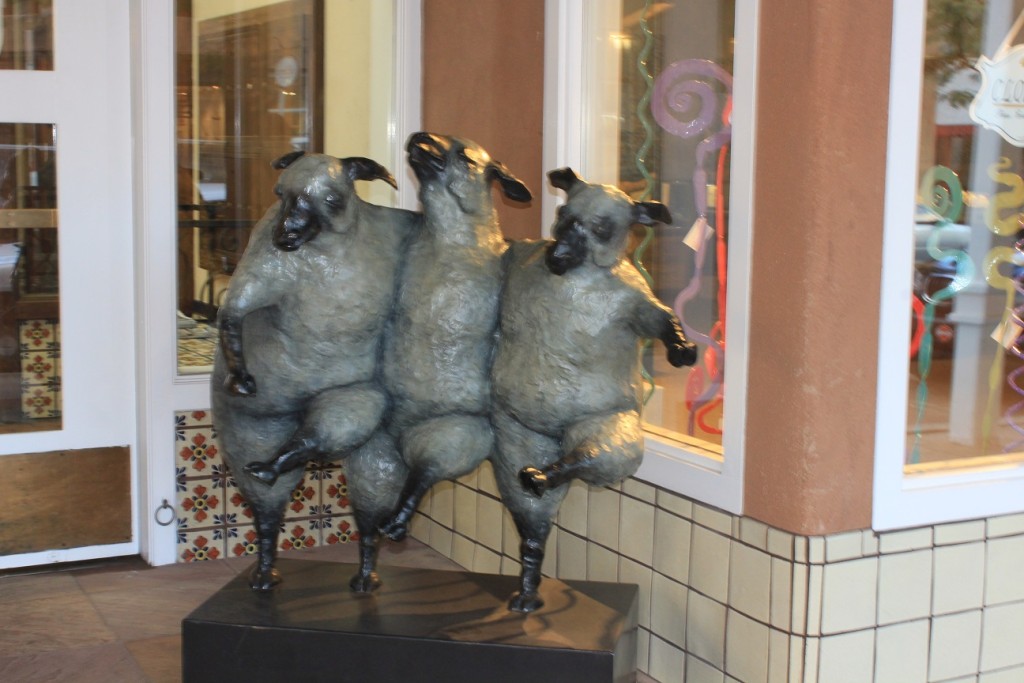 The cashier had a very laid back attitude even though the customer was hellbent on getting her to agree with him. I couldn’t help but wonder if he understood exactly where he was. As he segued from the need to kill animals to animosity towards environmental and liberal topics, I wanted to point at the Bernie Sander’s bumper stickers, the rainbow coloured Coexist icons, the Atheist and pagan literature, and the vegan clothing. I wanted to take him around the room and point it all out, to say: 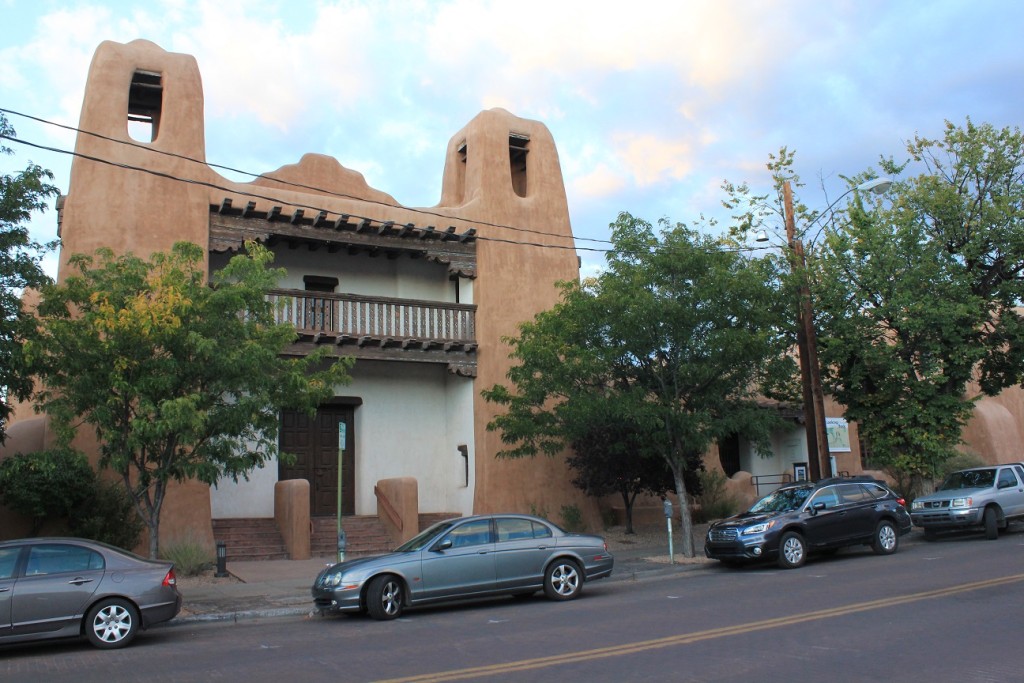 “Do you have any idea where you are?” Instead, I just chuckled along with the other store patrons. He left in a huff, but he’d spent money there, so there was at least one item in that store that appealed to him. I can’t even begin to imagine what it was. 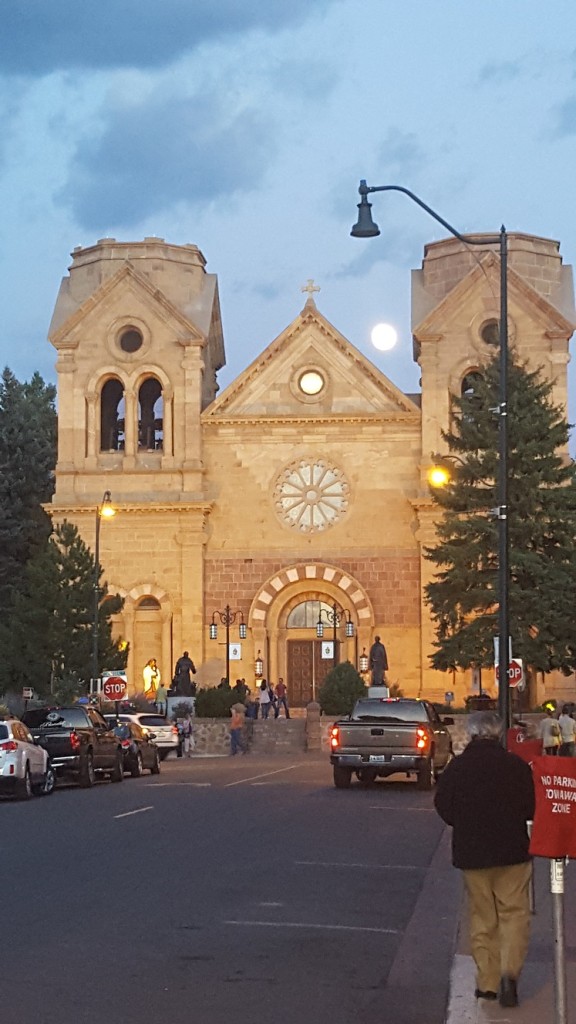