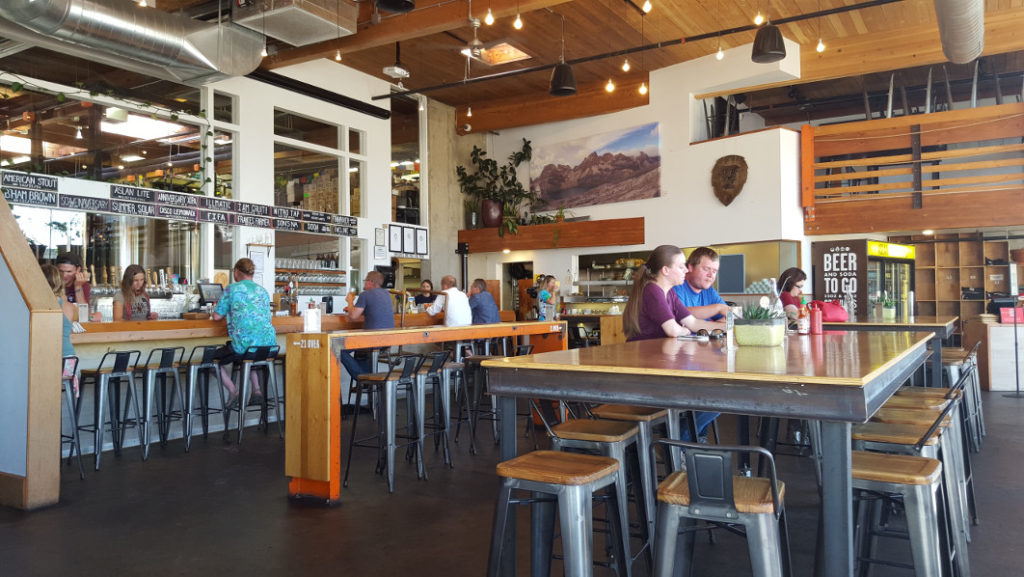 Aslan Brewing Co. is in downtown Bellingham, a block from the Community Food Co-op on the corner of Forest and Magnolia streets. We made it here just 6 minutes before happy hour was over so we put in our food order quickly. They were out of Portbello fries, so we opted for:

Waffle Fry Poutine – Until last year I was probably the only Canadian who had never tried Poutine. I knew it was something I would just love and didn’t want to start a bad habit. How can you go wrong with gravy and cheese on fries? I’m learning there are places that excel at this French Canadian delicacy, and Aslan is one. The waffle fries would stand alone as being wonderfully tasty, but add on the sumptuous mushroom gravy and melted cheese curd and it’s a winner!

Elote – pronounced Ee-low-tay, is fire grilled corn on the cob covered in chipotle mayo, and cotija cheese, on a bed of cilantro-lime slaw. I think corn on the cob is just perfect on it’s own so this is an unnecessary indulgence, but I have to say, it was pretty damn wonderful!

They also serve a full menu of sandwiches, tacos, salads, and bowls, with some vegan, vegetarian and gluten free options. 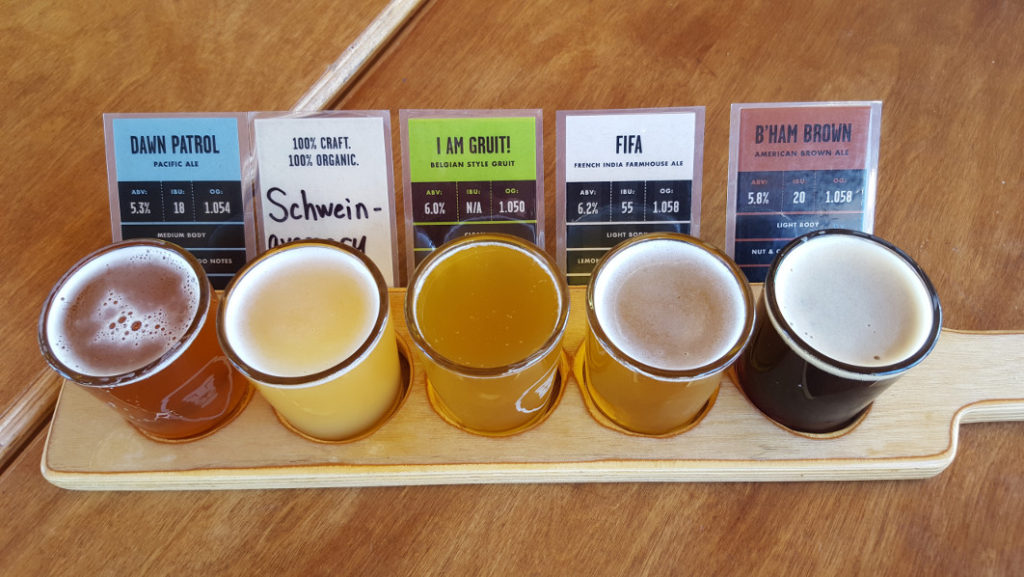 Beer – beer? Did we come here for beer? Oh right – we did! Our two favourites were the Dawn Patrol (we took home a 6 pack) and the Schwein-aversary. It’s a citrusy pale Ale specially brewed for the 2 year anniversary of the Schweinhaus, a beer garden just down the street.