Busted flat in Baton Rouge, waitin’ for a train 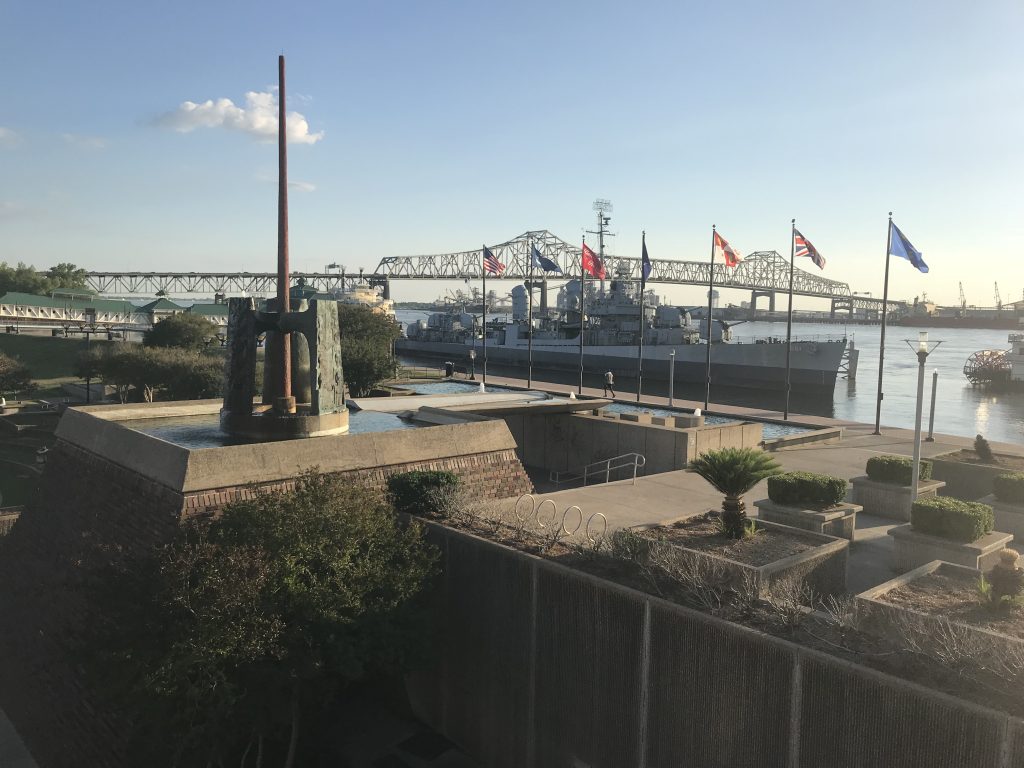 I didn’t really know much about Baton Rouge other than the Janis Joplin song “Me and Bobby McGee” and I love the name. Translated from French, it’s not nearly as romantic sounding, nor is the history of the name. 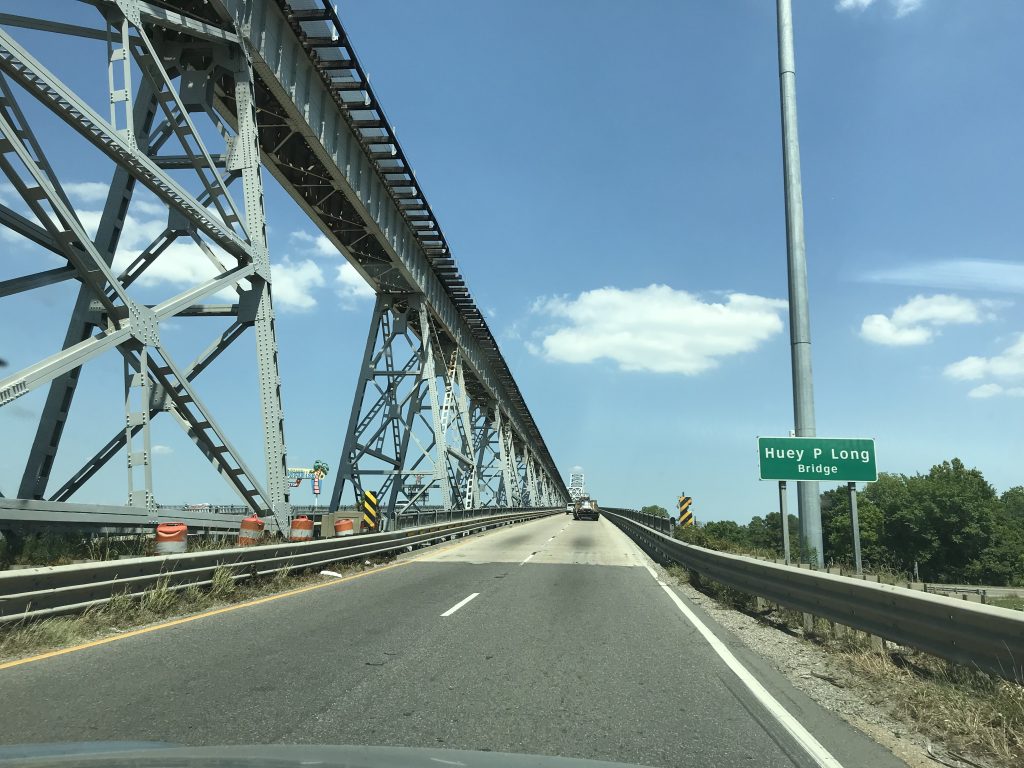 “Red Stick” refers to the blood-drenched poles that were used to hang bear heads and fish in various native rituals. 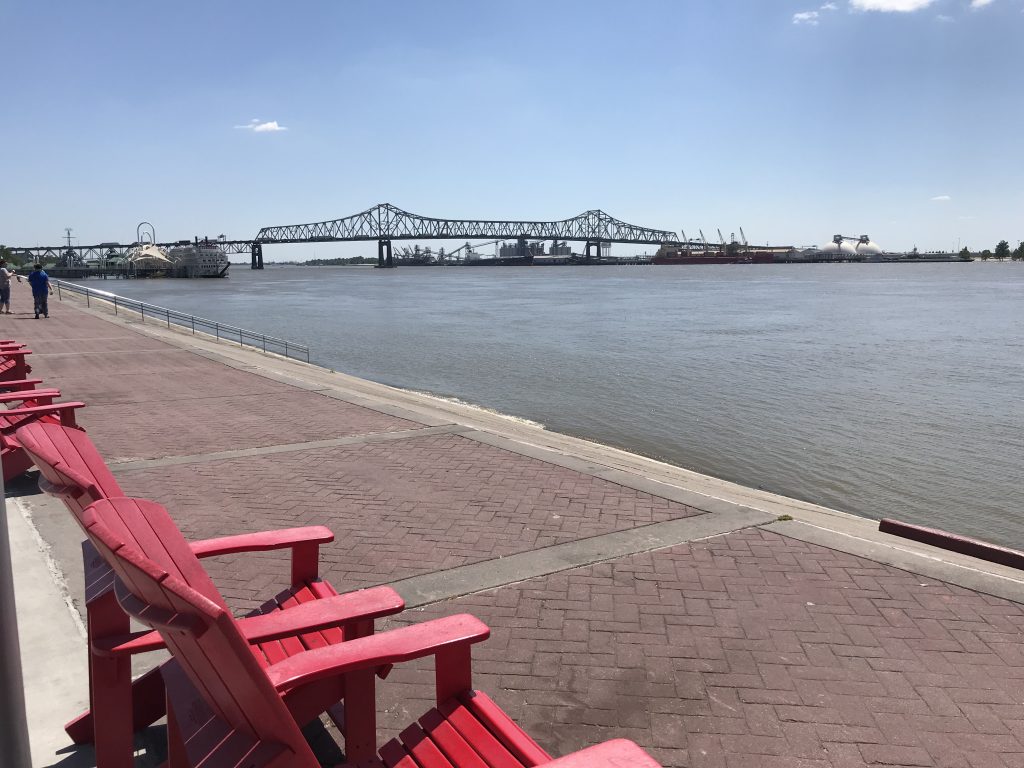 Baton Rouge is a port city today due to the bridge that has been built across the Mississippi river. This had been constructed under the direction of Governor Huey Long and was so low that there was no way that the big tankers could make their way up-river. 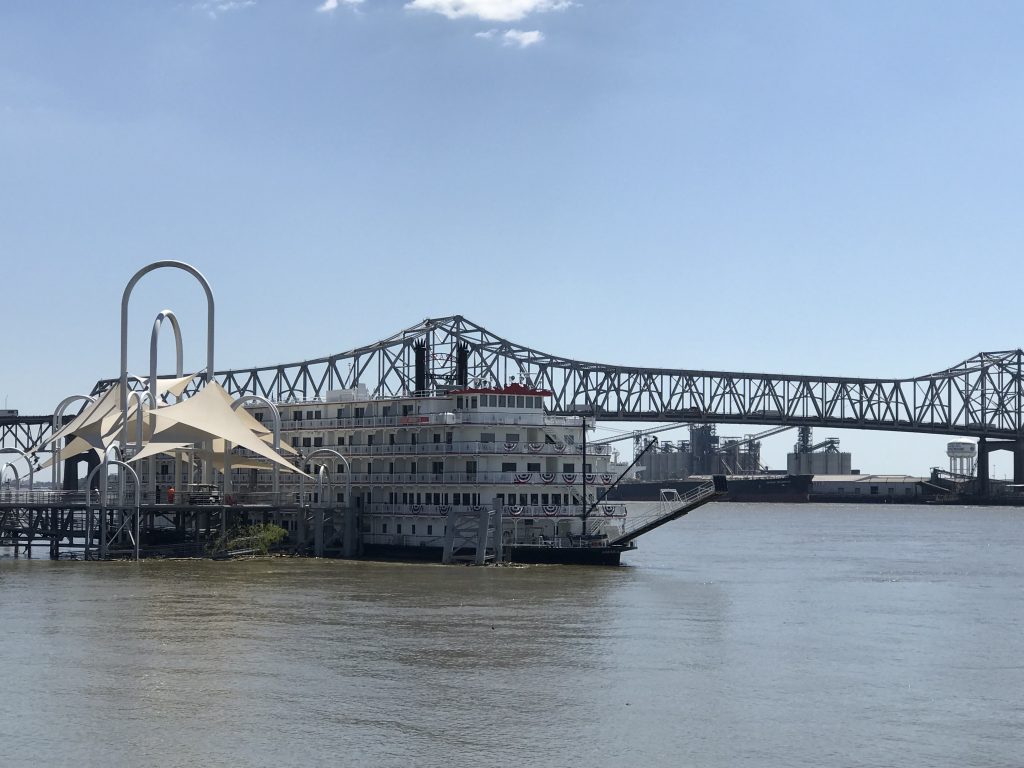 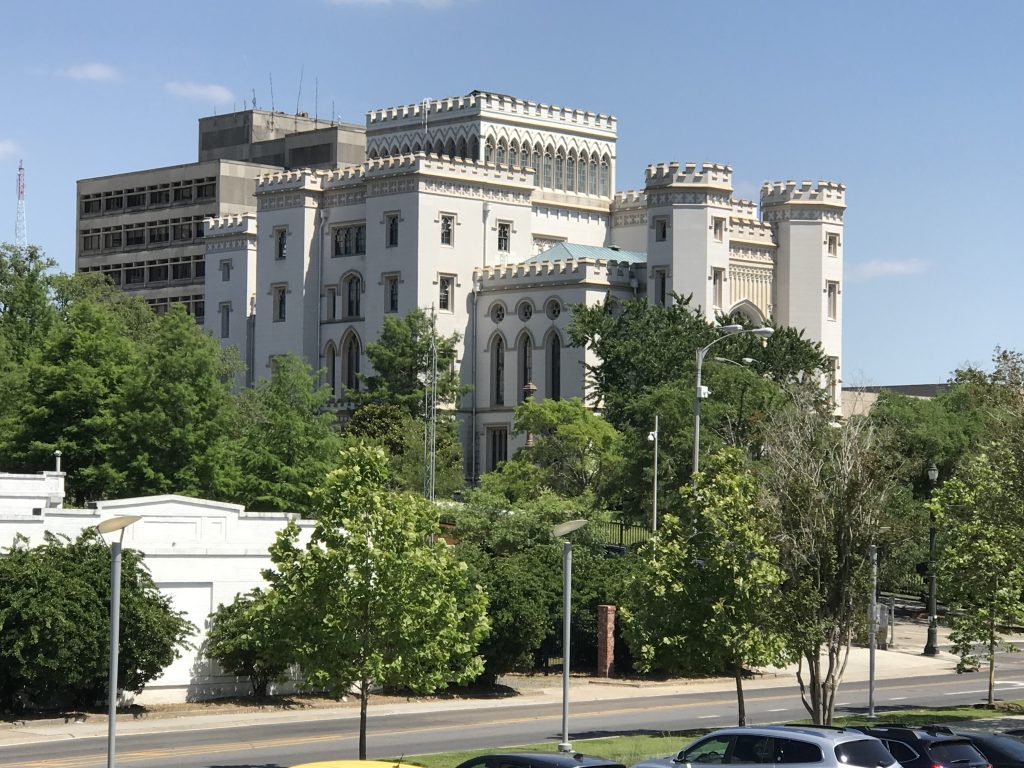 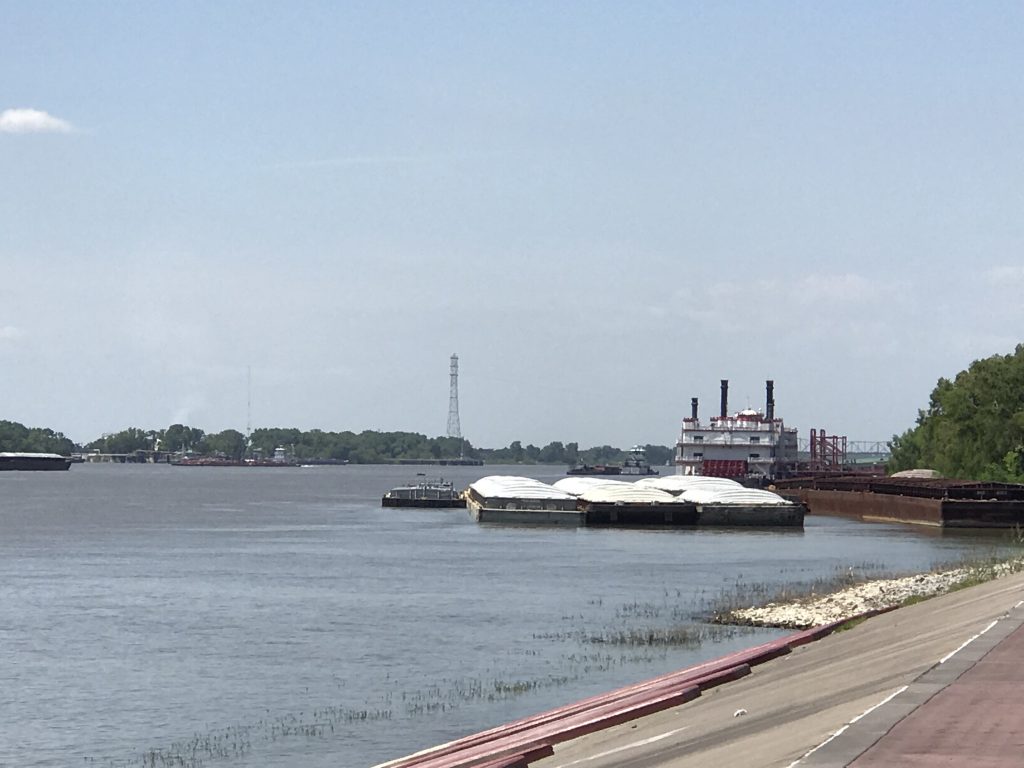 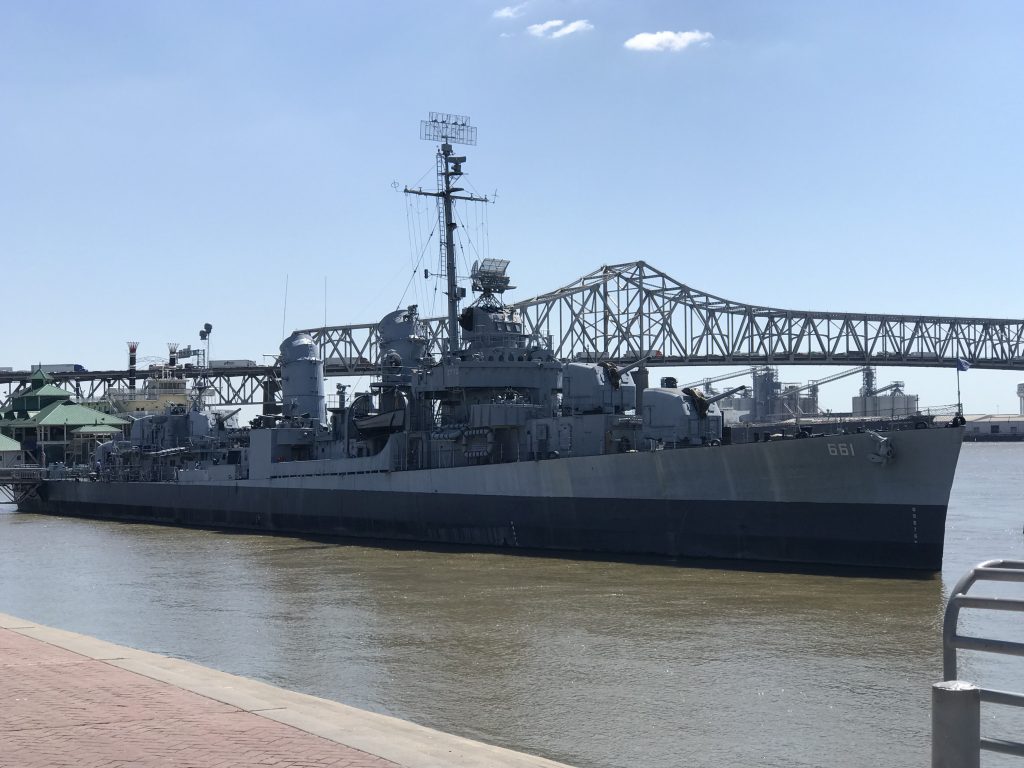 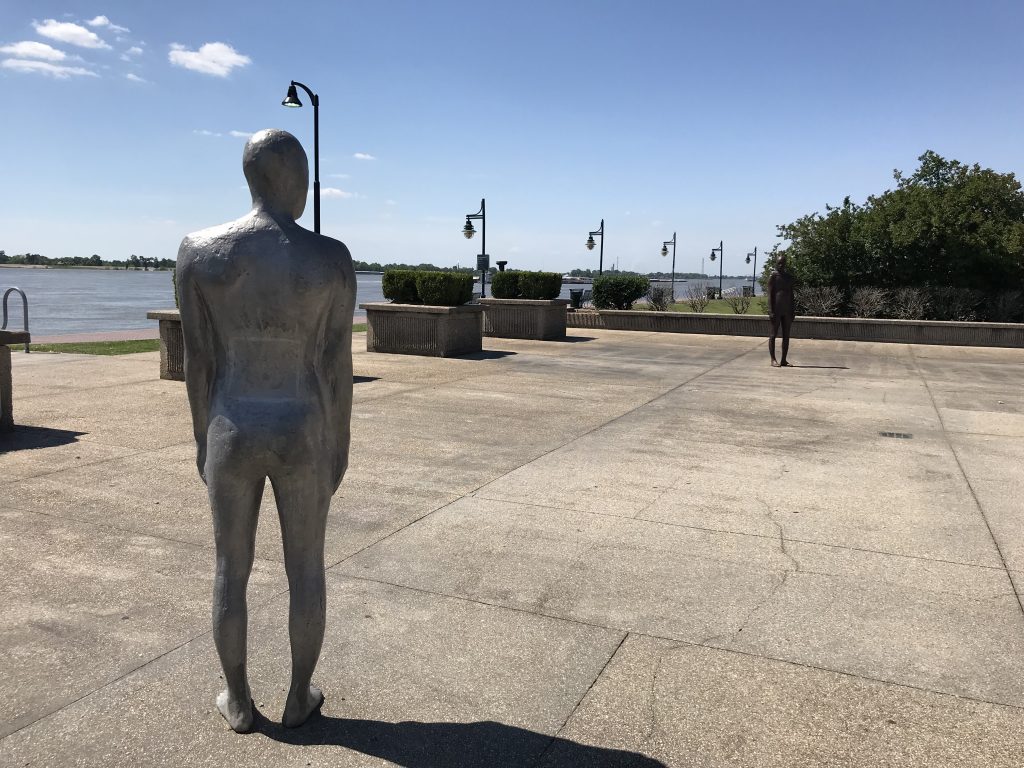 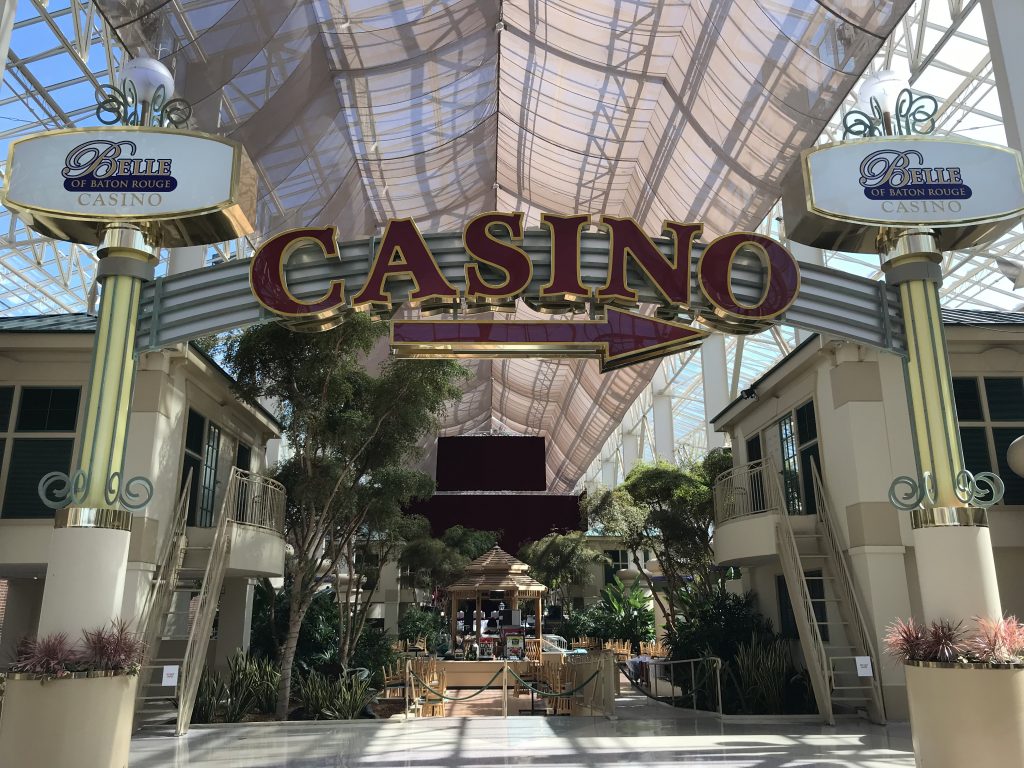 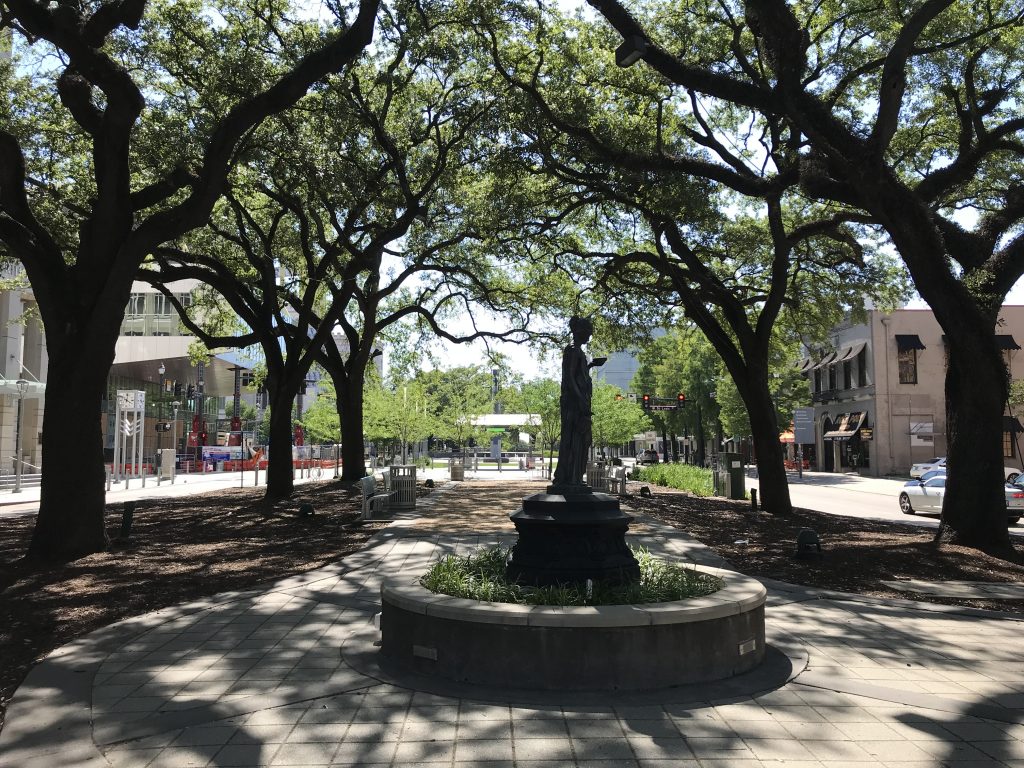 The downtown area was very quiet and sleepy. The busiest area we saw was when we boarded one of the casino paddlewheeler boats. It’s illegal to gamble on land, so a long time ago, they figured they would get around the law by gambling on the water.

We wandered around town, and had a hard time finding a place to have a meal. Of course, the first place we came across was an Irish bar. Pretty much every city in the world we’ve visited, has at least one Irish bar, and Baton Rouge is no different. We stayed for a beer and popcorn and then wandered back out to look for a place to eat.

The RV park we stayed at was filled with workers for the oil refineries. I didn’t see even one woman there. The whole northern end of town is just a mass of intertwining pipes. It looks creepy cool. I just wish I’d taken some photos.

We heard some people talking about how they needed four days to see it all here. I’m not sure what they did the other three days. It’s a nice town but we were ready to leave after just one day.

This straw business is H.A.R.D!

Back to the town where we first met