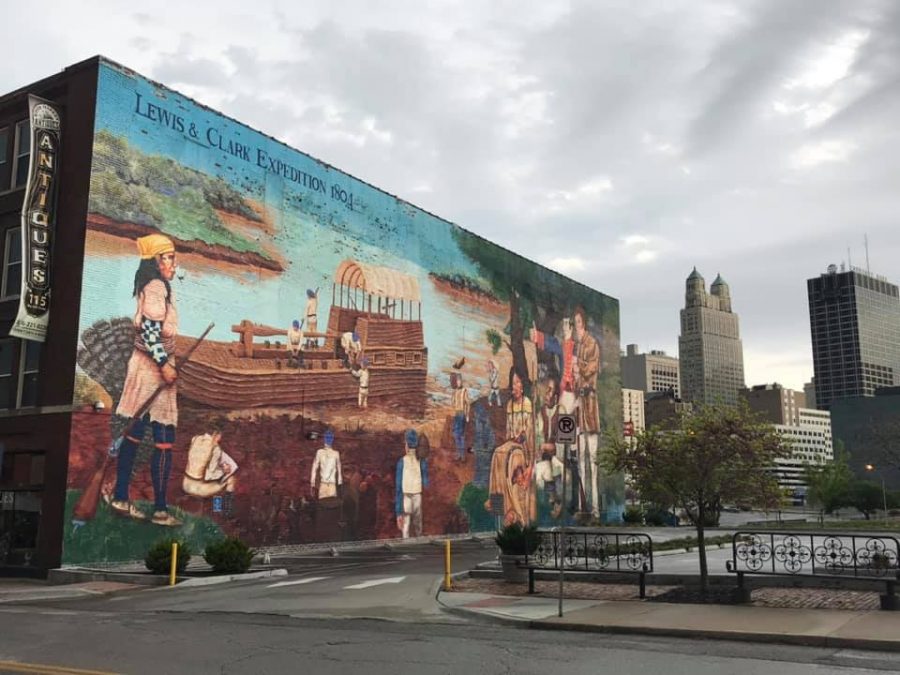 The last time I was in Kansas City was 1977 and I was 13 years old. It was my very first time traveling around the continent in an RV.

Of course, in those days we didn’t have air conditioning in the truck or trailer. And oh man, was it ever hot. Hotter than we’d ever felt before. Hot enough to fry an egg on the pavement, or anything else for that matter, including us, inside that big metal truck.

Our only option for travel was to spend our days in shopping malls and travel by night. So that’s what my memories are all of. The mall in Kansas City had recently had a fire so half of it was closed and the other half smelled like smoke. It was still so much better than outside.

This visit almost 42 years later turned out so much better. Much to my surprise, KC weather isn’t just scorching hot weather all year long. Instead we had pleasant temperatures with a ton of wind and some intermittent rain showers.

The two closest RV Parks to downtown are in the southwest (expensive!) and northeast (much better!) ends of the city. We chose the cheaper one up at Worlds of Fun, an amusement park. It was entertaining to hear the screams as we saw the carts roaring down the roller coaster and we were tempted to go in ourselves. Unfortunately, thunder storms interfered and the rides were closed down.

We met friends at a barbecue joint (Char Bar has amazing BBQ jackfruit!) where we sat outside clutching our napkins as the wind blasted around us, then headed through the streets to a bar where we played beer pong and giant Jenga.

Later on, we went back to their quaint little house filled with cats and dogs where we spent the evening being entertained by three tiny 5 week old kittens. Harold wanted nothing more than to bring them all home with us.

Sunday we saw more of the city, wandering the streets downtown. It’s a very friendly, pleasant and surprisingly modern city. I had expected it to be more old fashioned I suppose and yes there are plenty of old mansions and gorgeous buildings to admire. But it also has great bars and breweries, coffee shops and artsy areas. We really enjoyed our time here and may have stayed longer if the weather wasn’t forecast to get worse.

So long KC! You made a much better second impression!