We came down here as part of a group convergence. We all stayed at Victor’s RV park, which is one of the best locations in town. Only a 5 minute walk to the Malecon and right on the beach, our only complaint is there are so many narrow spots between Palapas and therefore no way to fit in a normal sized RV with slides. Anything over 25′ and/or with slides has to go in the back. 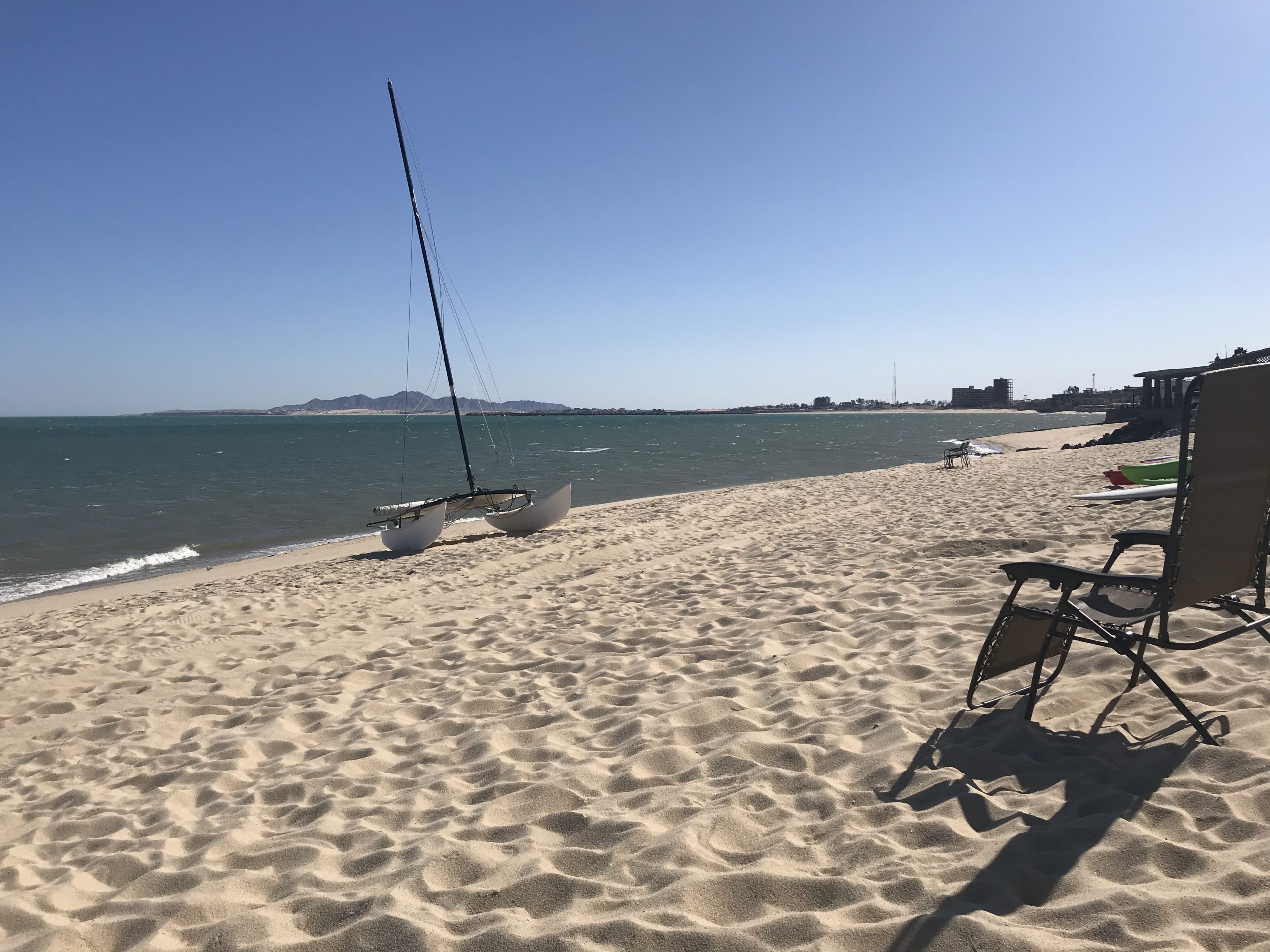 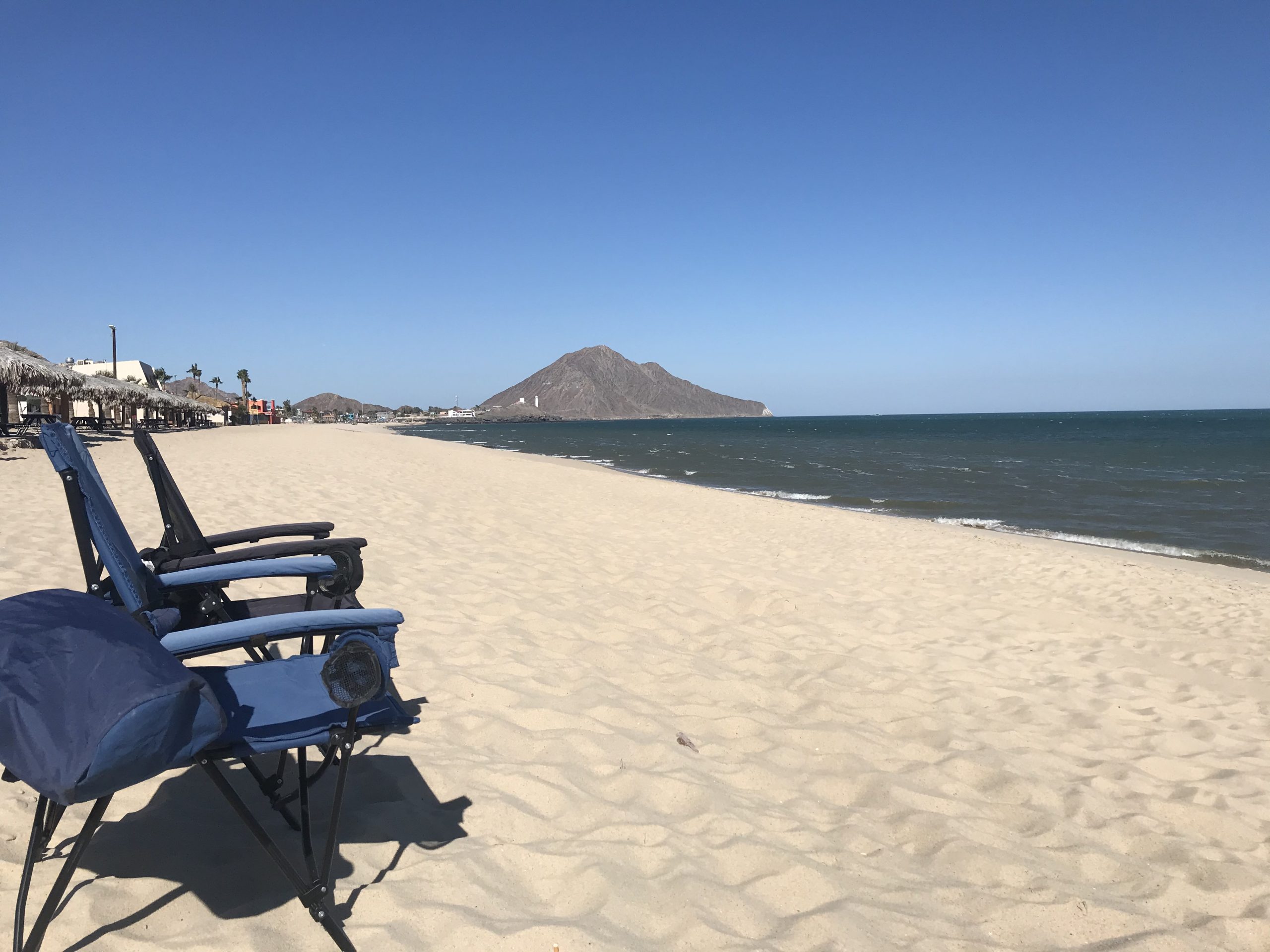 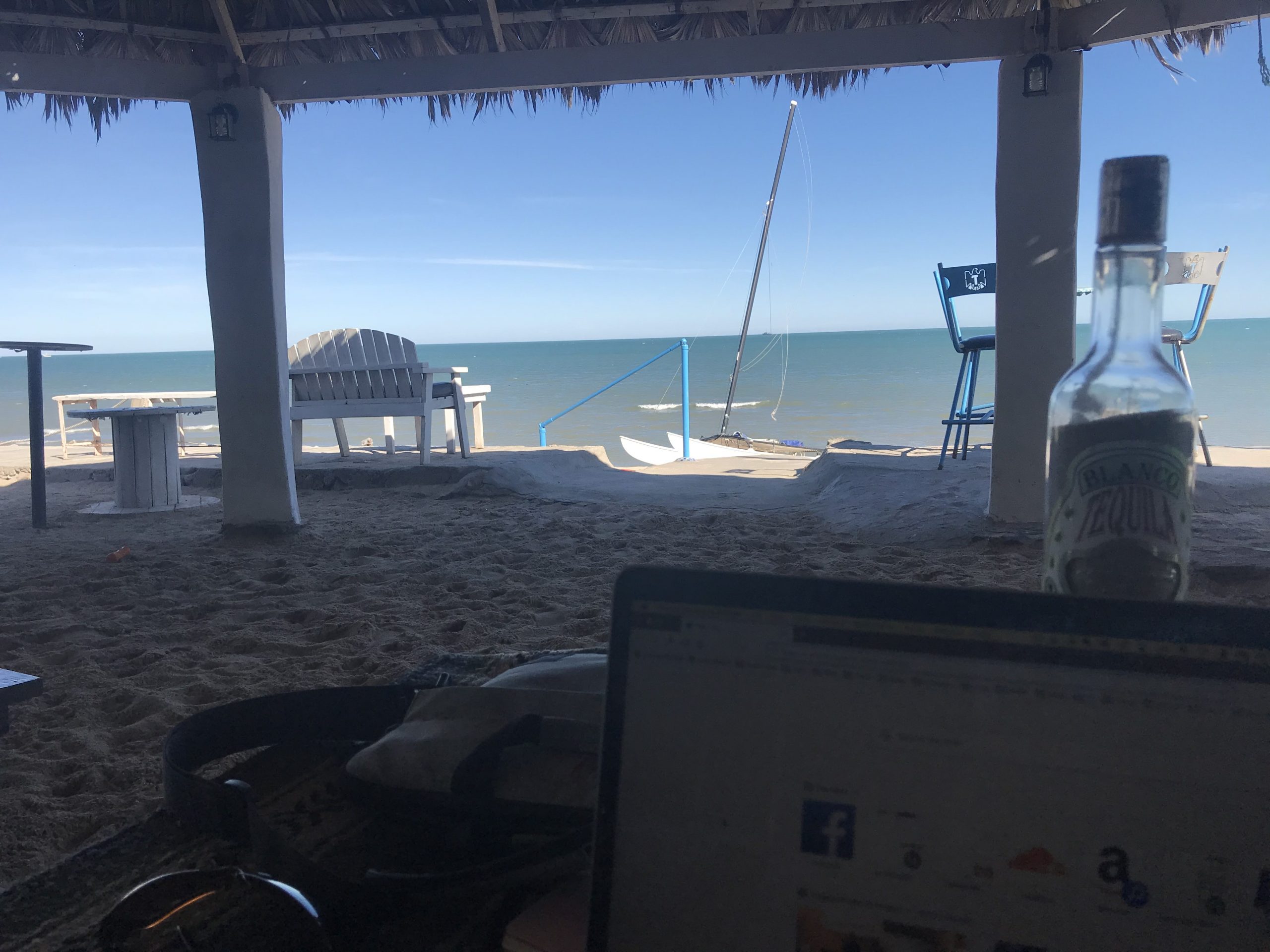 There were so many RVers that wanted to go down this year, the convergence had to be split into two groups. Party Peeps (which we chose) and Chill Peeps which was the week after us. We spent the week partying downtown, eating delicious food, and visiting local areas. 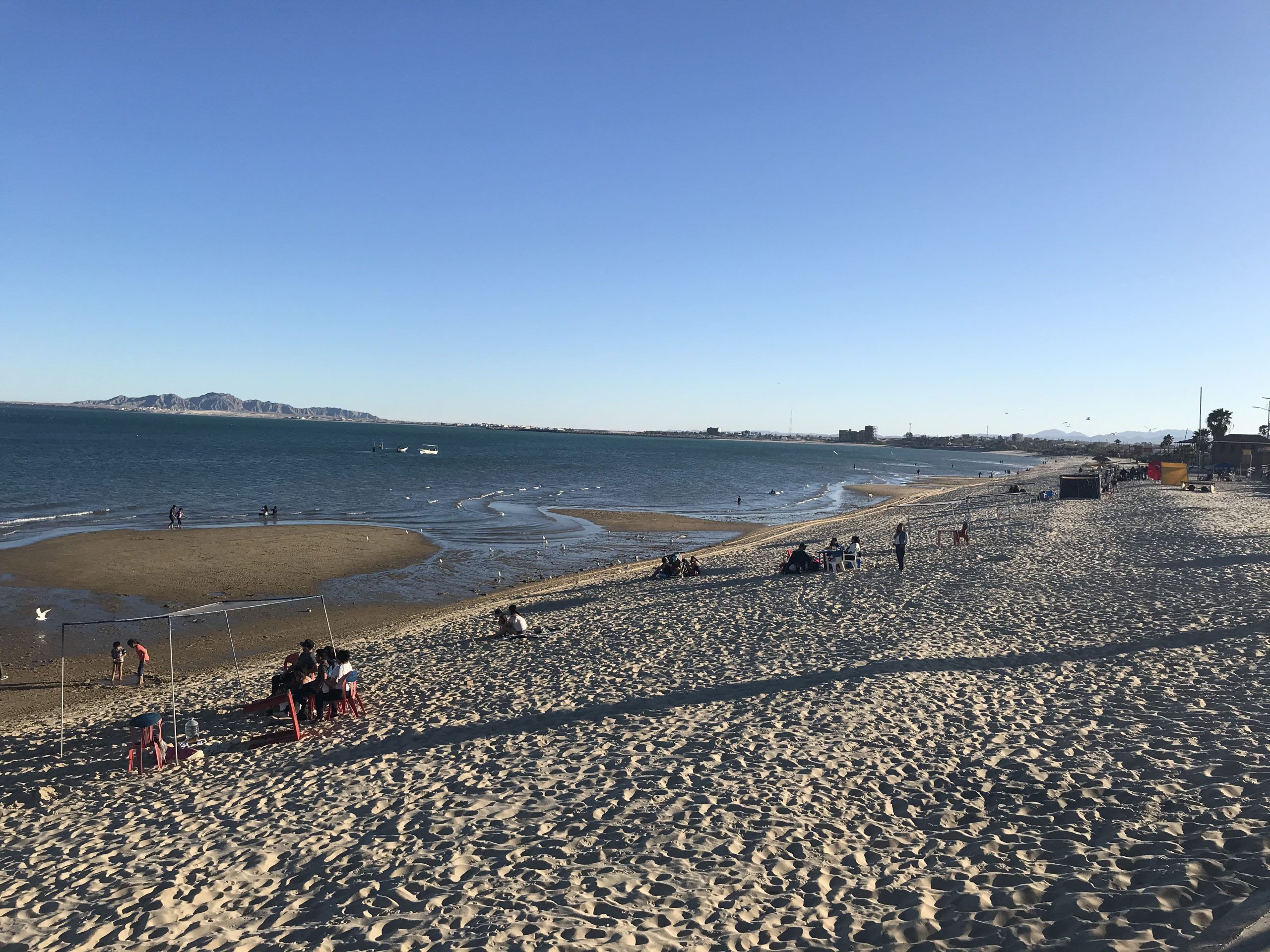 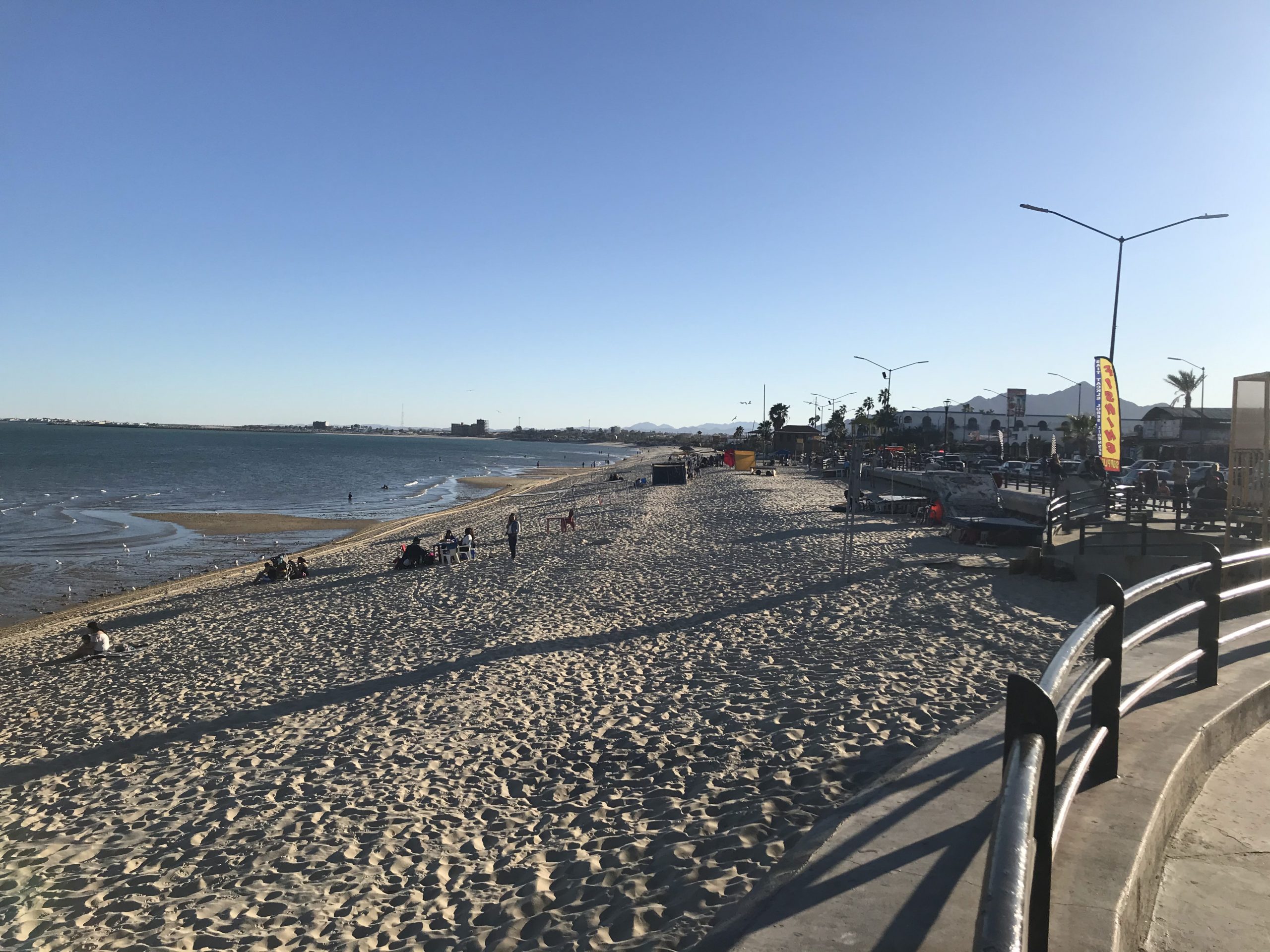 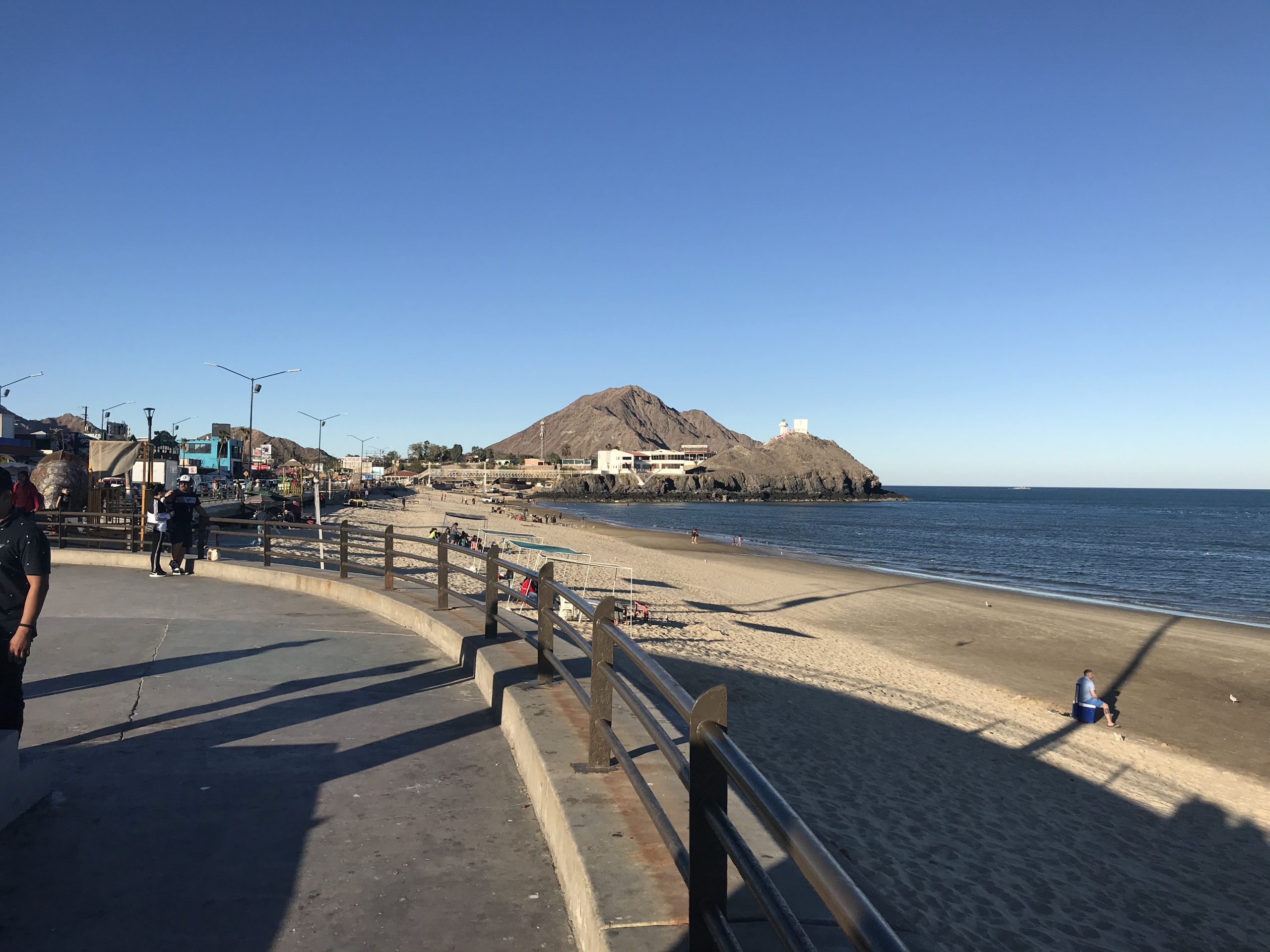 One of my favourite nights was the when we all met up at a local karaoke bar. Between renditions of Sweet Caroline, Love Shack and Don’t Stop Believin’, and a giant conga line, we heard a great version of New York, New York sung by a local San Felipe man. He was so good and so theatrical, he was definitely the star of the night. 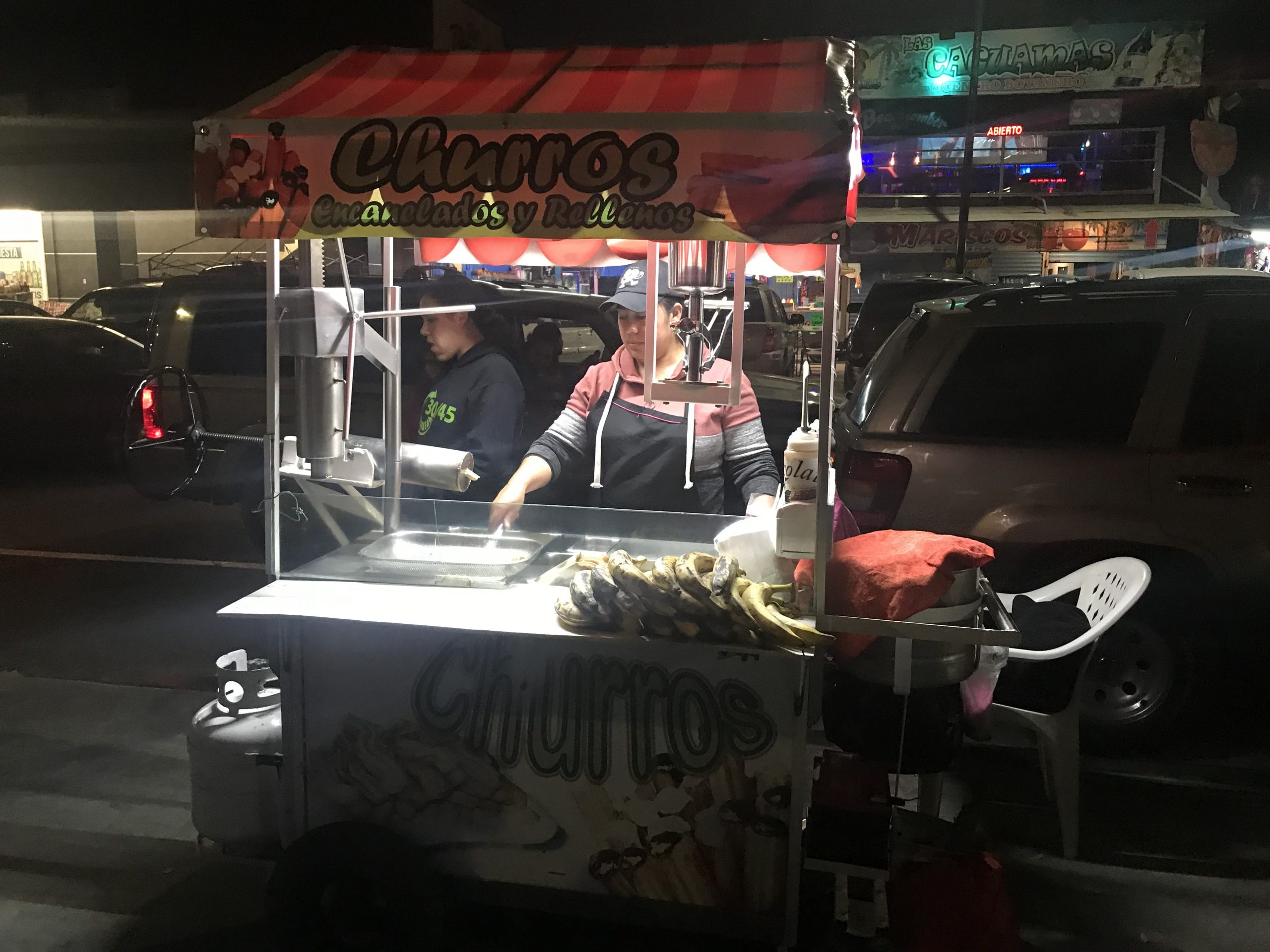 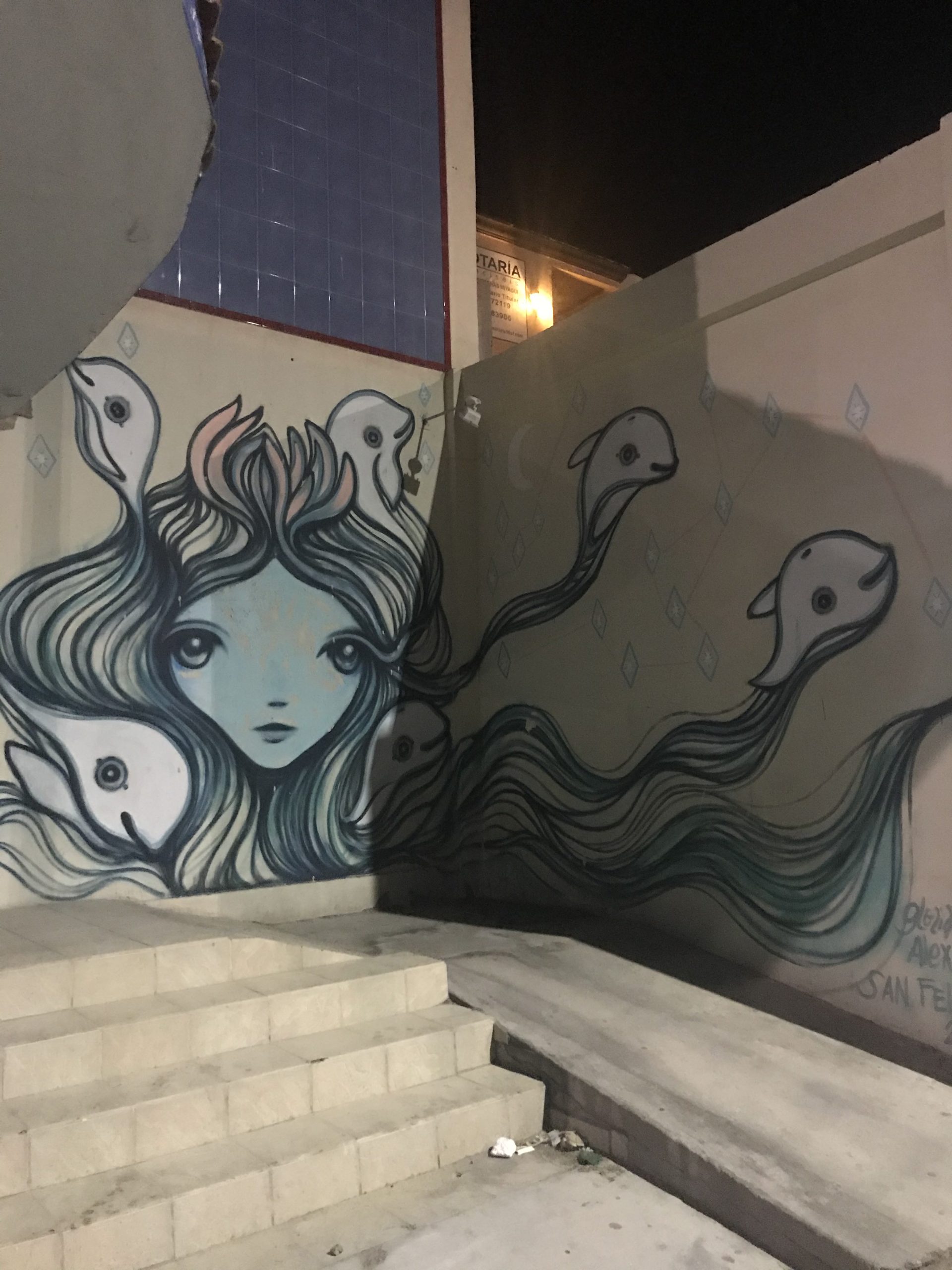 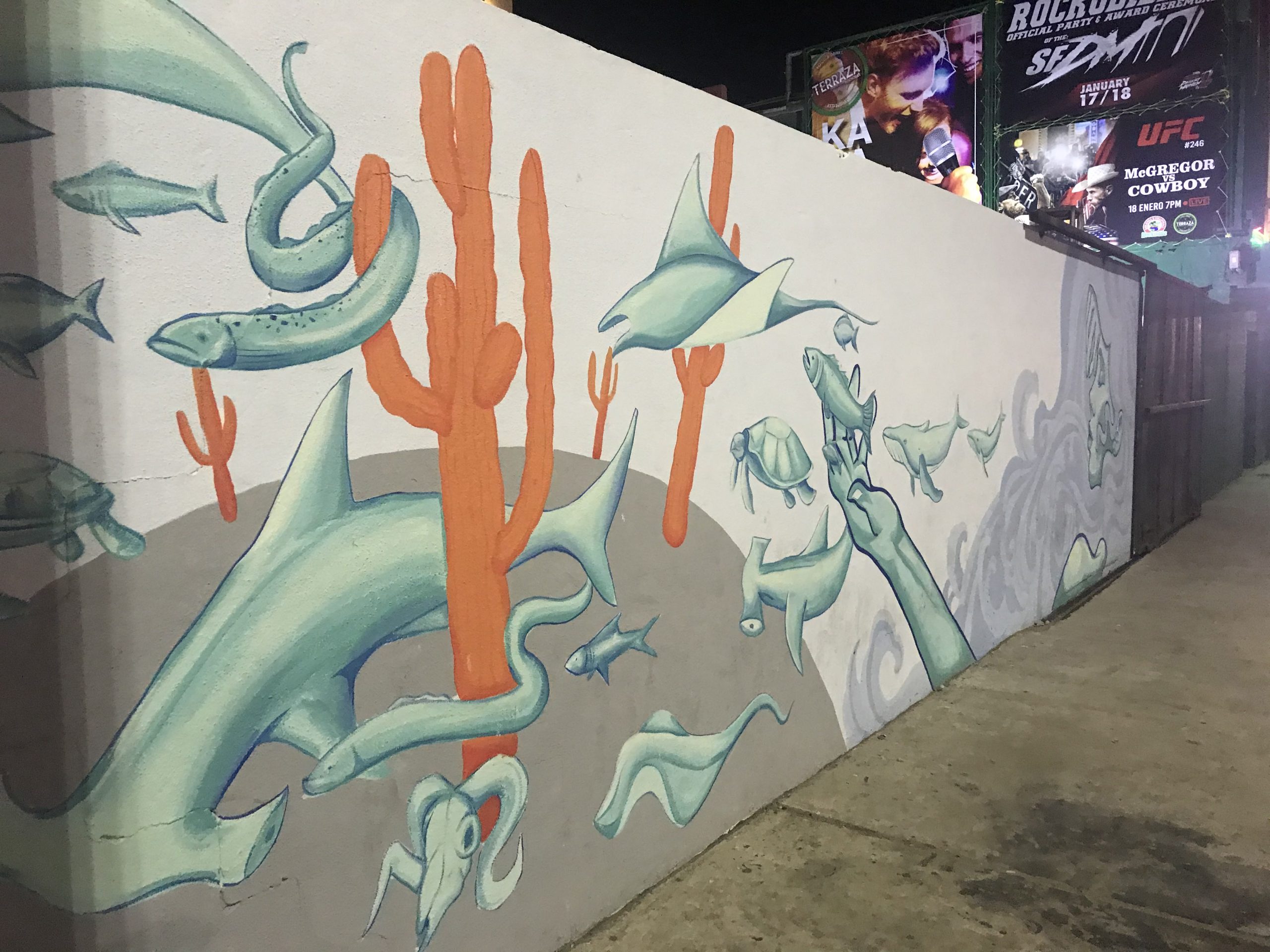 On Friday, a group went out to Valle de los Gigantos or Valley of the Giants en ingles. About 20 miles south of San Felipe on Route 5, you pay $10 per car to drive a dirt loop through hundreds of Cardon Cactus. These cacti look similar to Saguaro Cacti except they grow much larger, up to 60 feet. You may notice that I have no pictures of them on this blog. That’s because I had a few too many margaritas the night before and woke up saying something like “Not a &%^$&(^ chance I’m going!” 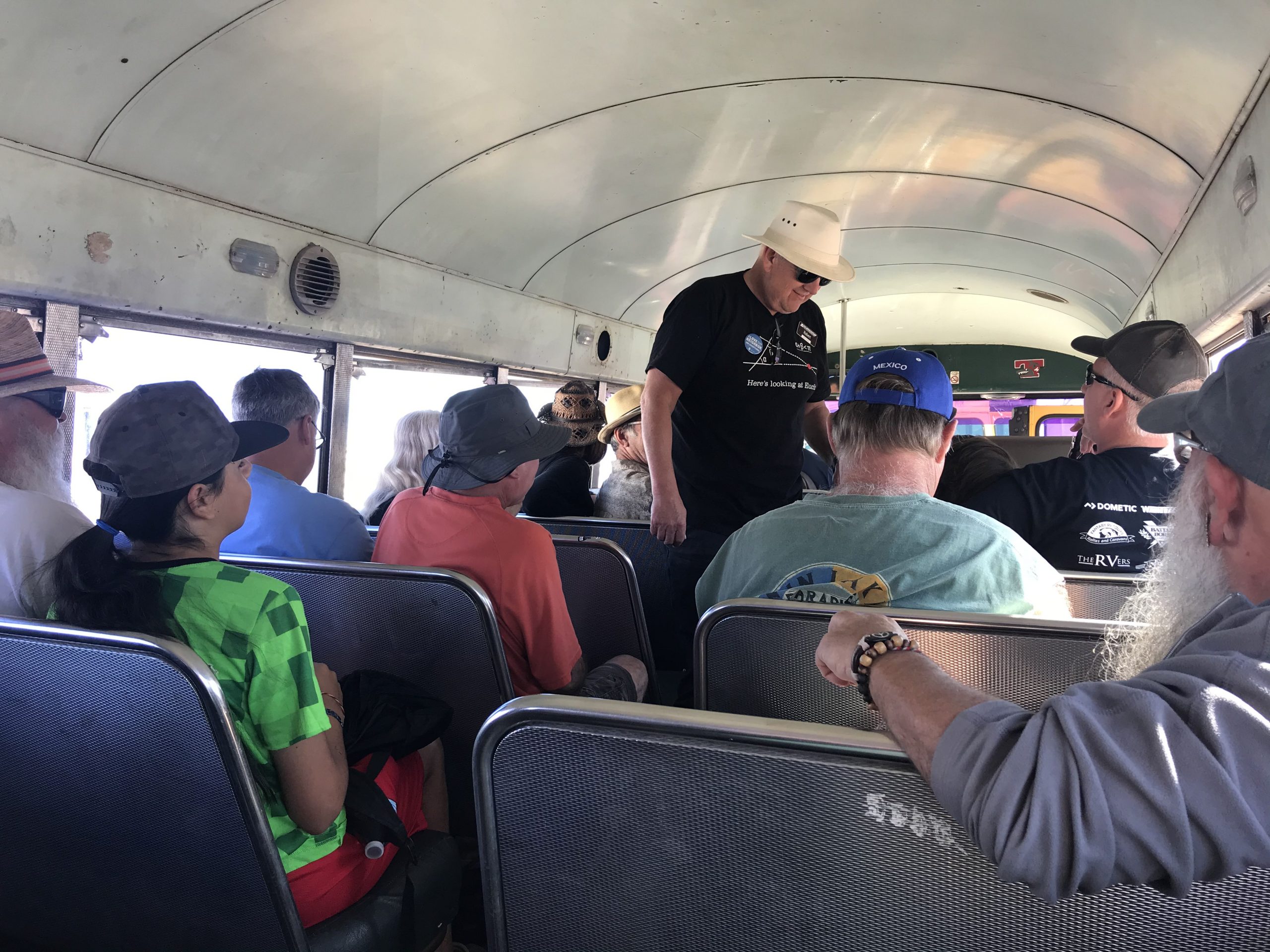 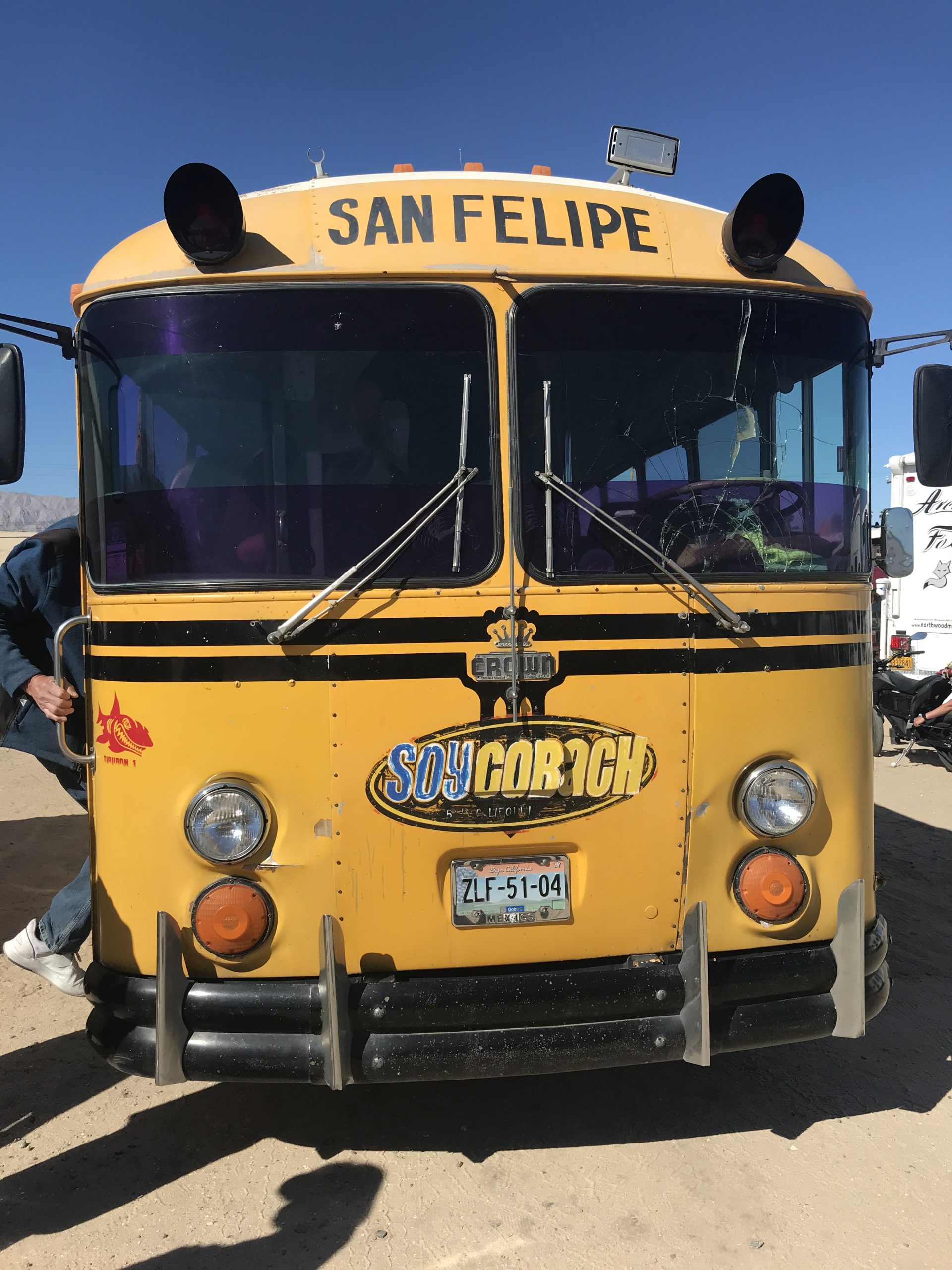 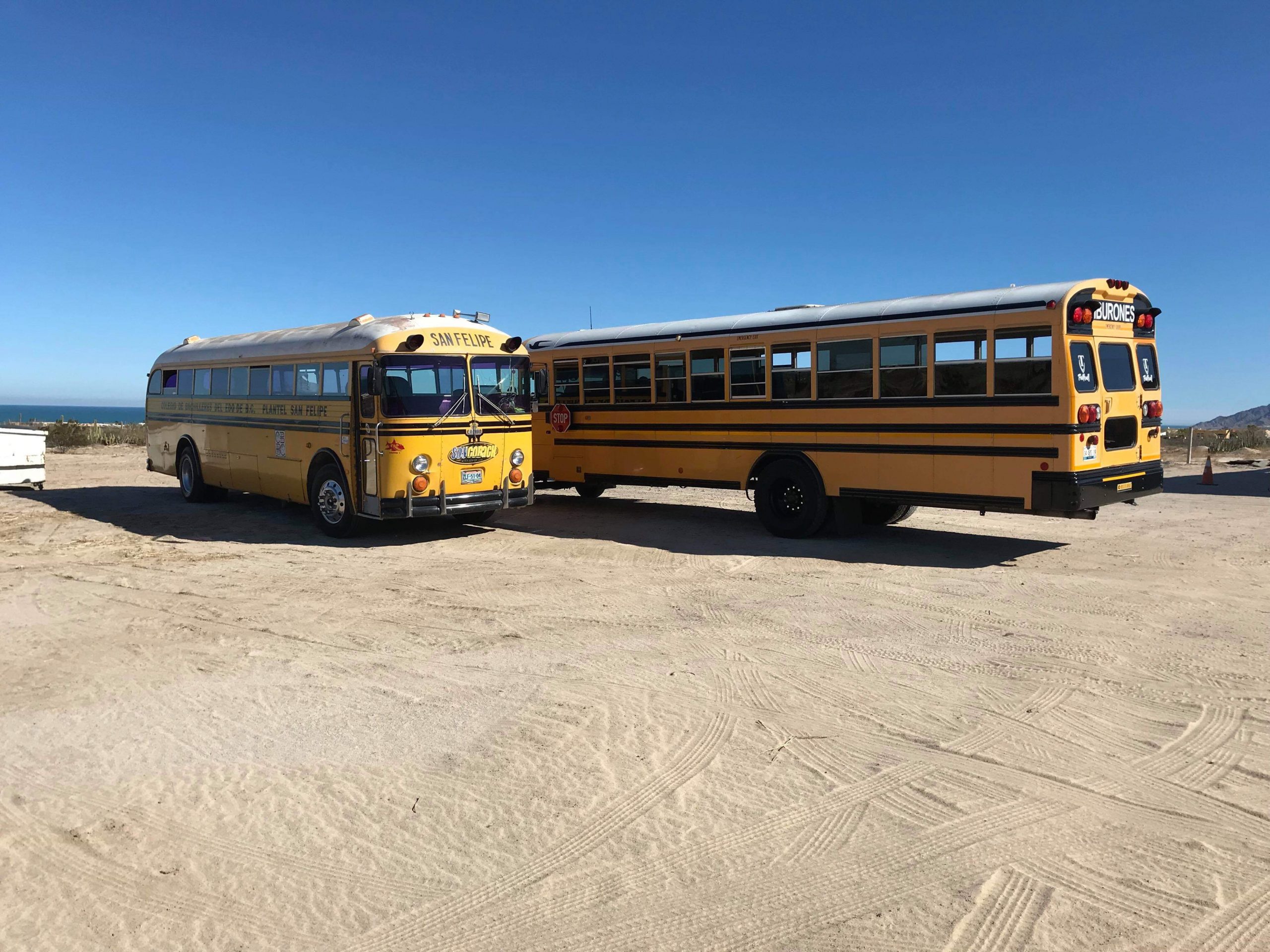 On Saturday morning, we all got onto a couple of old school buses which first took us to the local cheese shop Cava de Queso for some wine and cheese tasting. The wine was a little too sweet for me and the cheese a little too mild, but it’s a really fun, artsy location and I’ve been told by others the food they serve is amazing. They have a couple of Airbnbs on site. One is a big, canvas tent structure within walls that includes a kitchen, shower, and bathroom. The other is an old RV that will never be moving again. It’s been permanently built into the area. The artful decor of both these areas is what makes it. 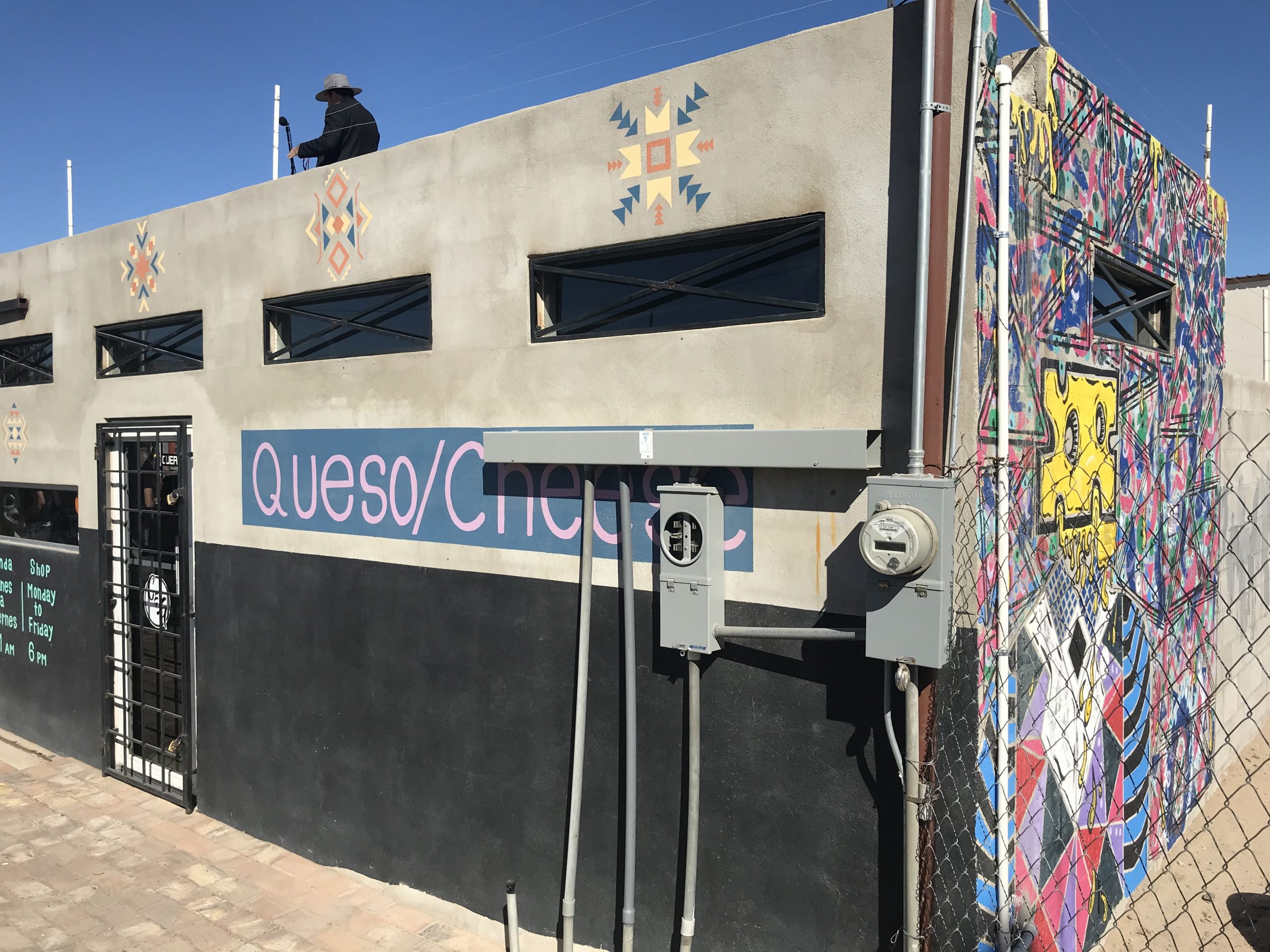 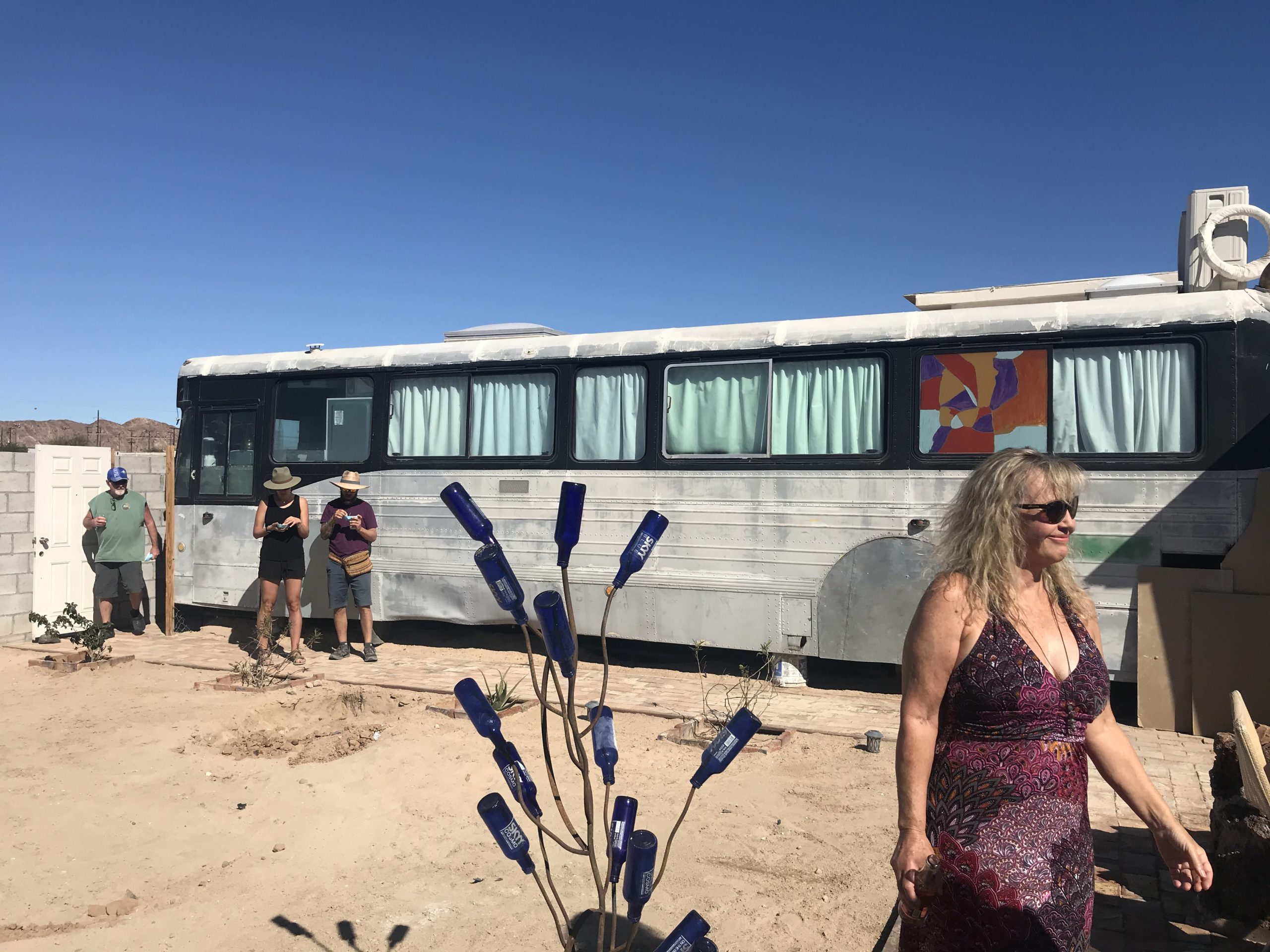 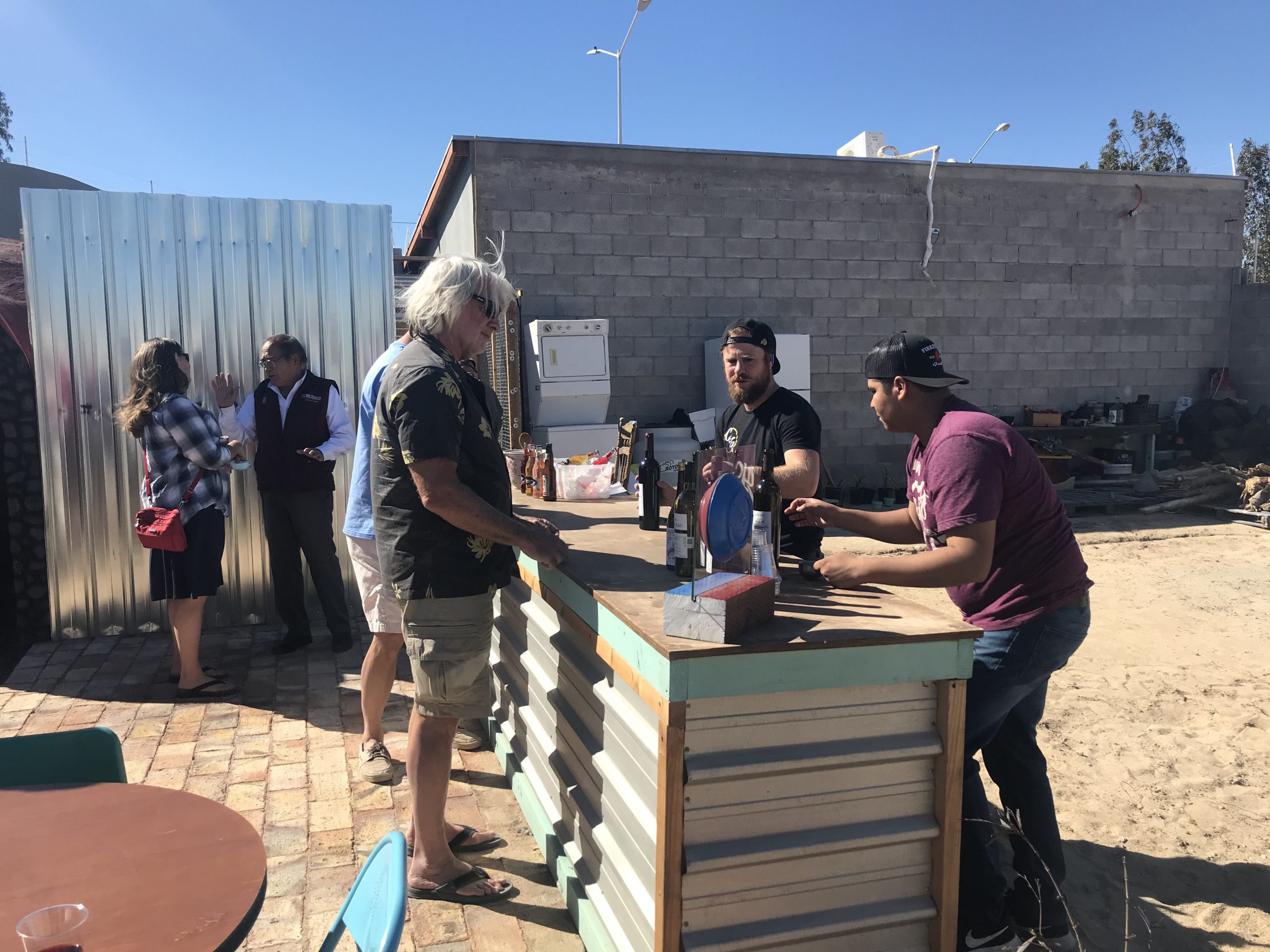 In the afternoon, we got back on the bus, and headed to the local brewery, San Felipe Brewing. They have a number of beers on tap and a great location with a covered patio out back. The guy from Cava de Queso came along here with us where he and another man cooked us up the most delicious tacos. Then we all headed out to the patio to listen and dance along with the band out back. 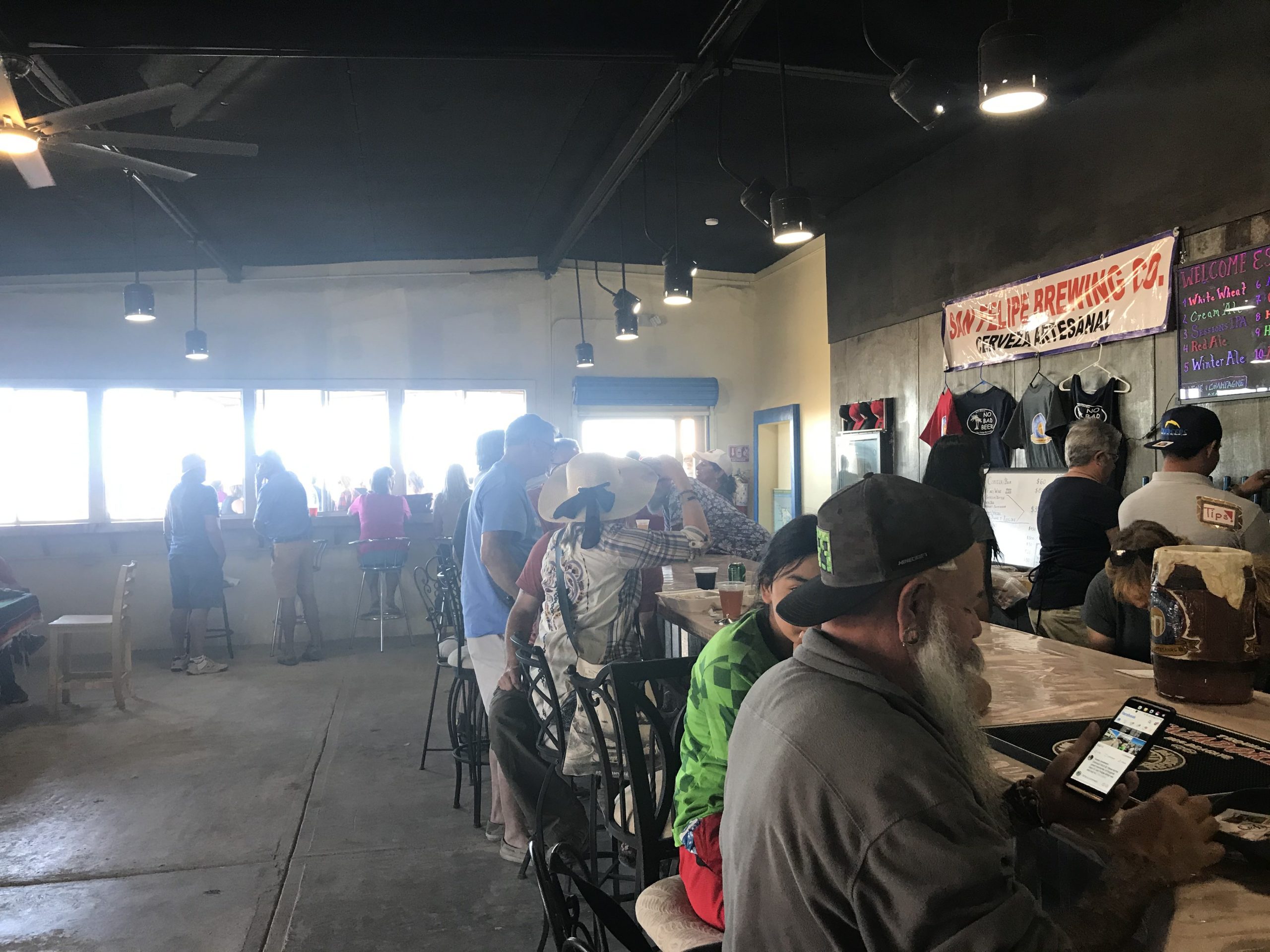 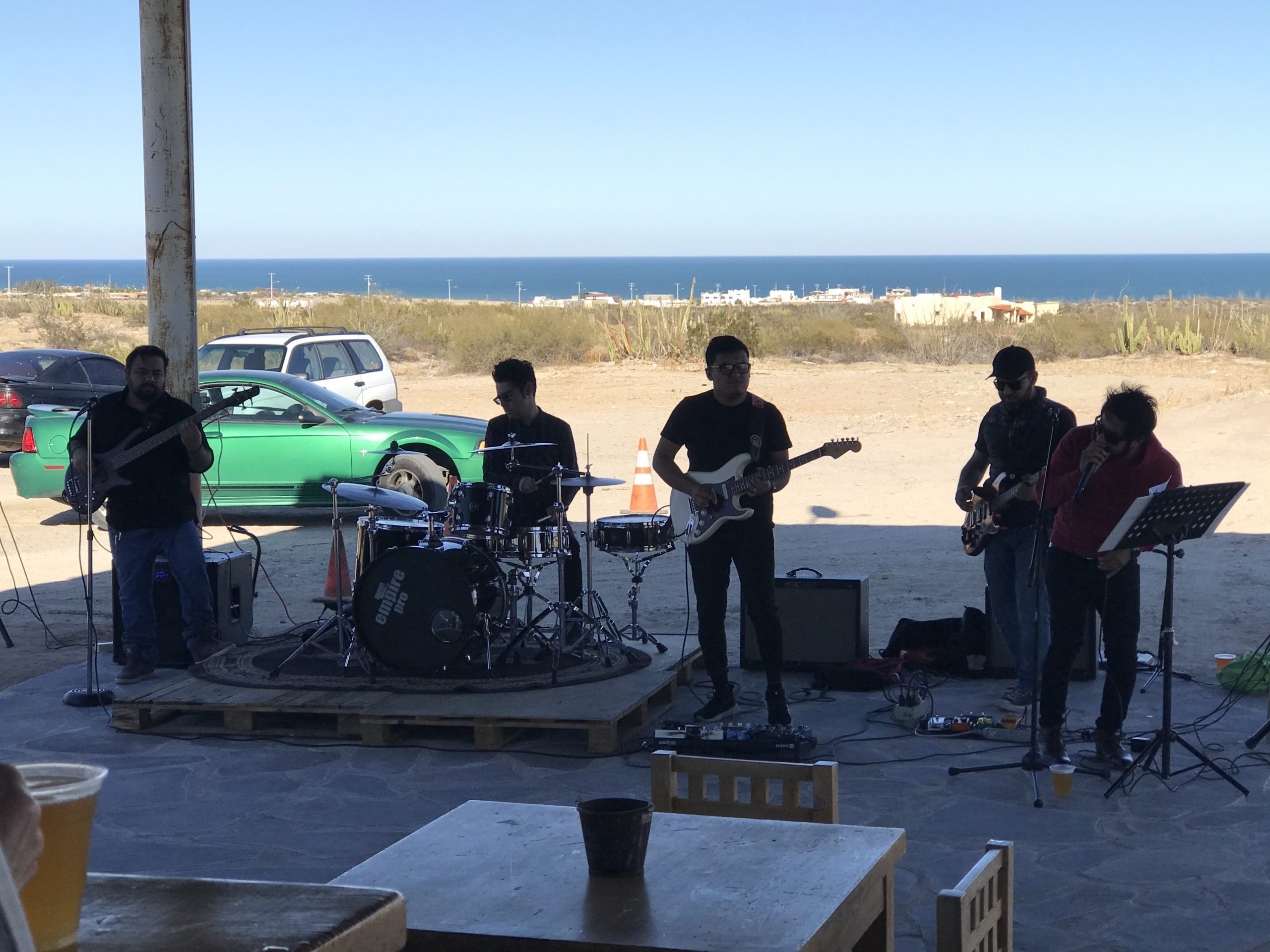 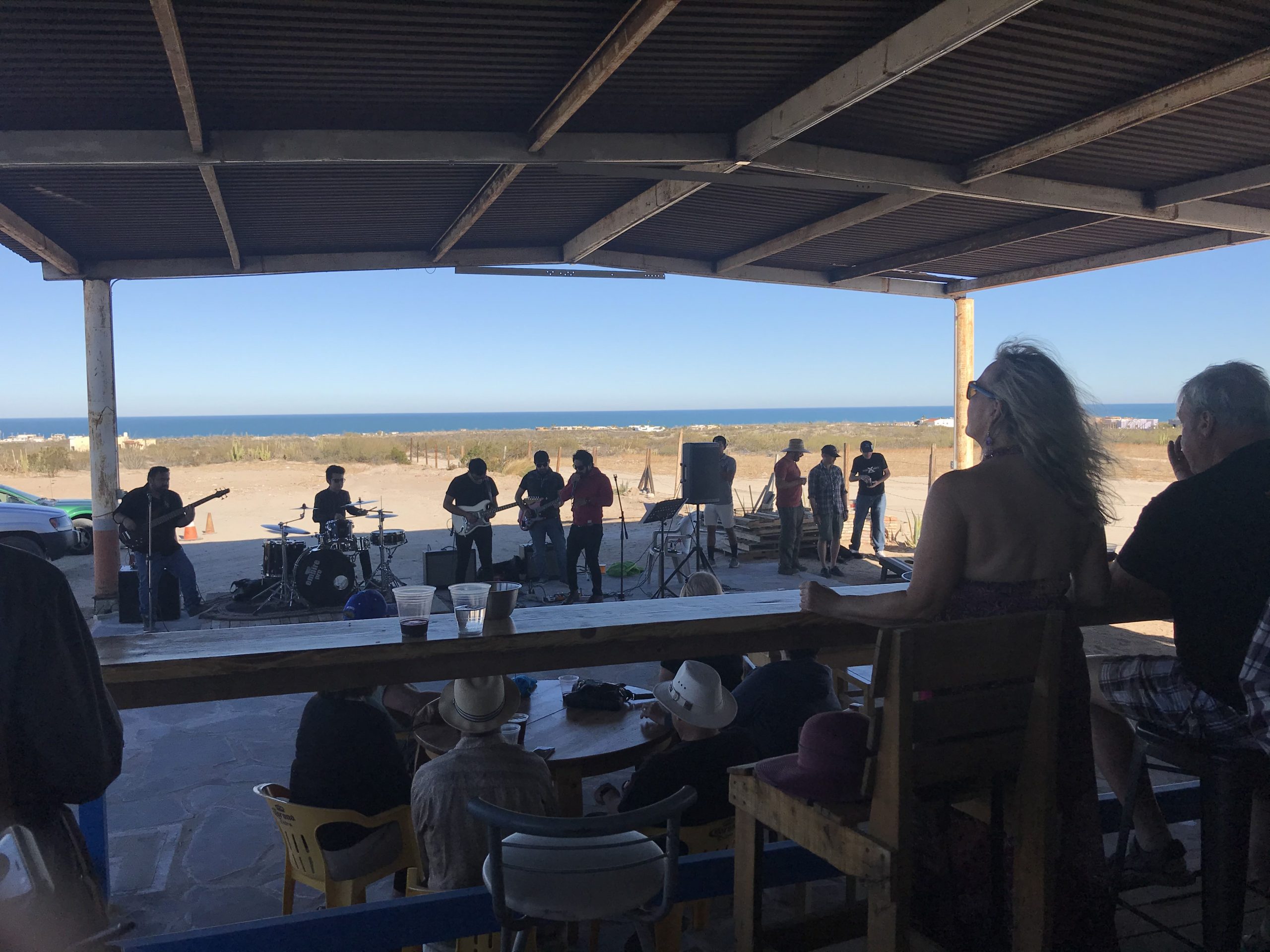 Sunday, of course, was the Superbowl, so everyone met up in the lounge area on the beach where they all watched the game, and I watched the commercials and half-time show.

On one of the other days, we collected money to buy a bunch of young trees which we took over to the other side of town to plant alongside a busy main street. All together, between both the Party Peeps and Chill Peeps we purchased and planted 30 trees, which will grow there for 100 years. It will be great to come back and visit them in the future. 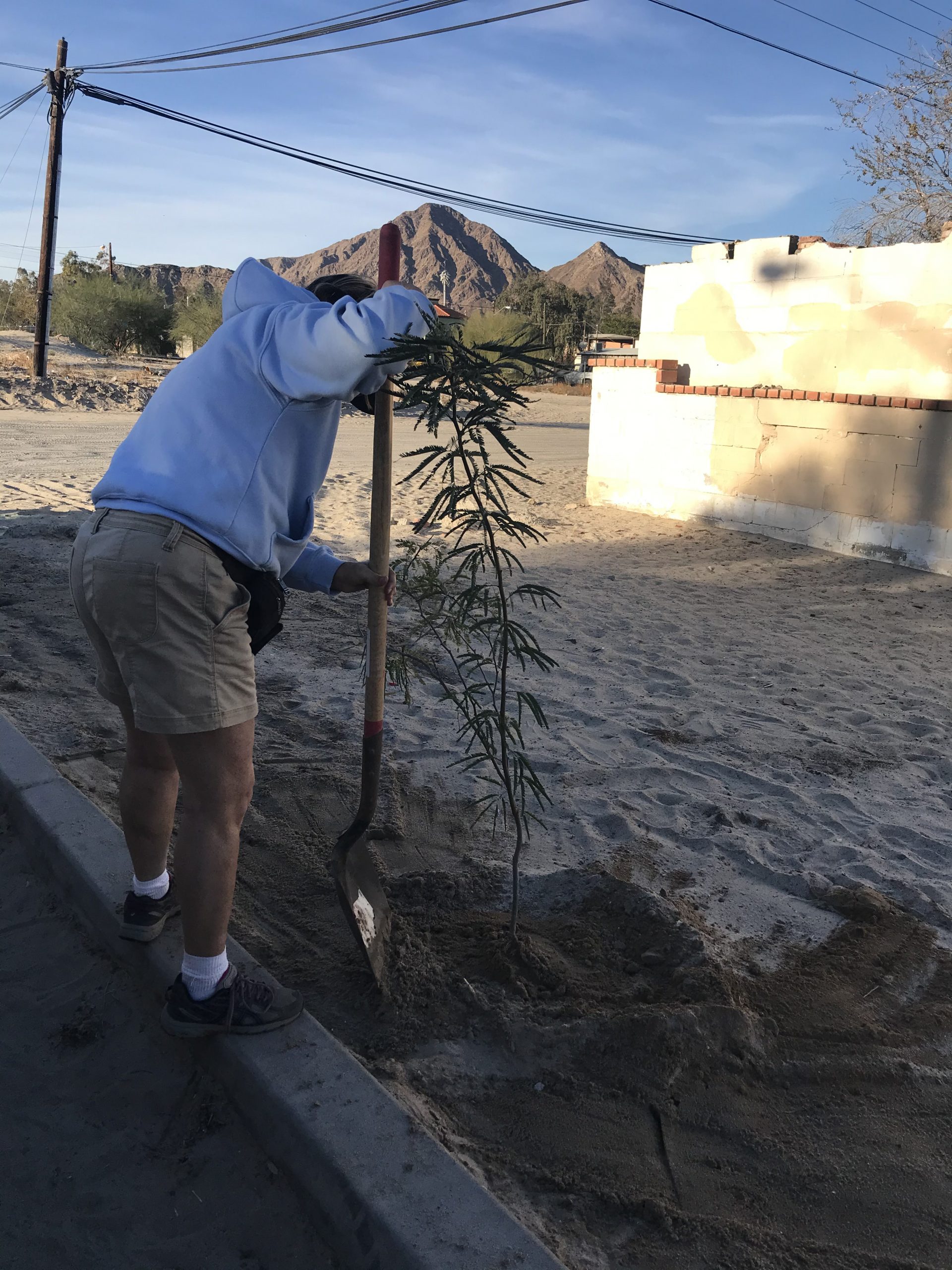 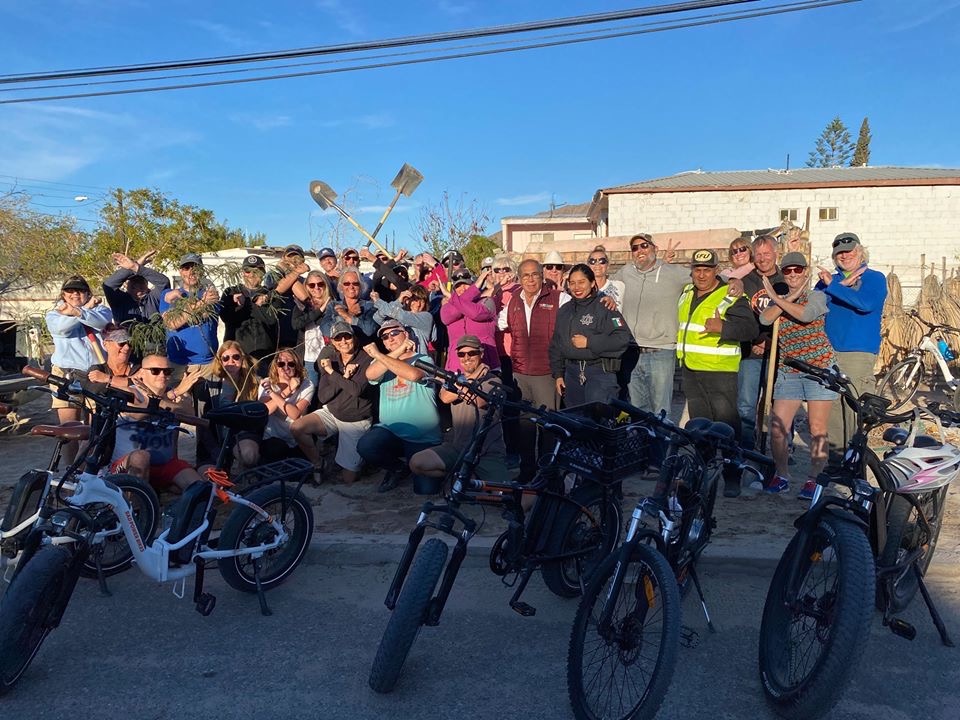 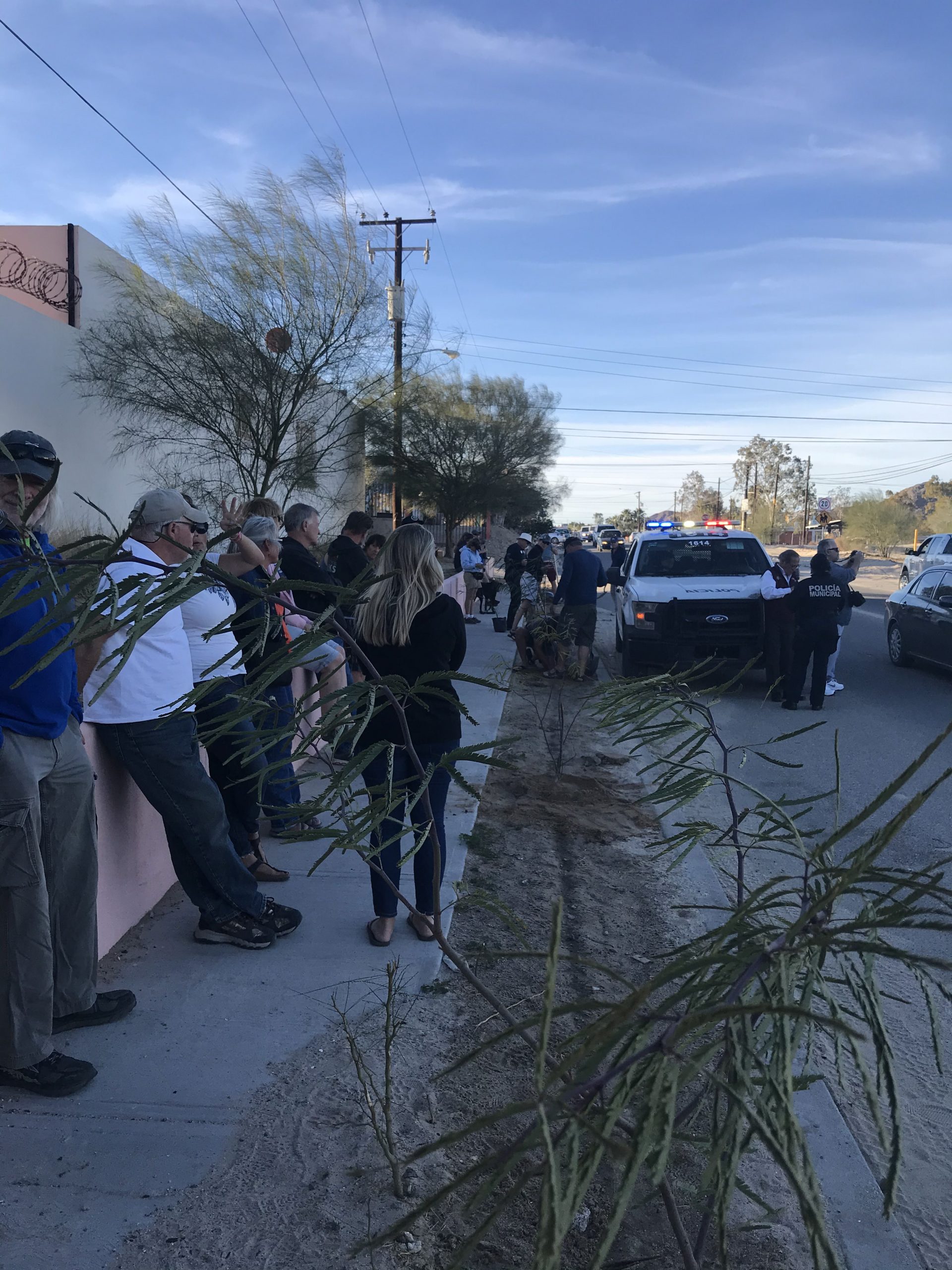 The rest of the days went by in a flurry, and Wednesday morning was the end. A group of us all lined up first thing in the morning to head on back north to the border and the rest of us packed up and moved next door to the Club de Pesca campground. Here we got space right on the beach without hookups for $10 per night and $25 per night with full hook up. The views from here are amazing, but it is more of a walk into town. 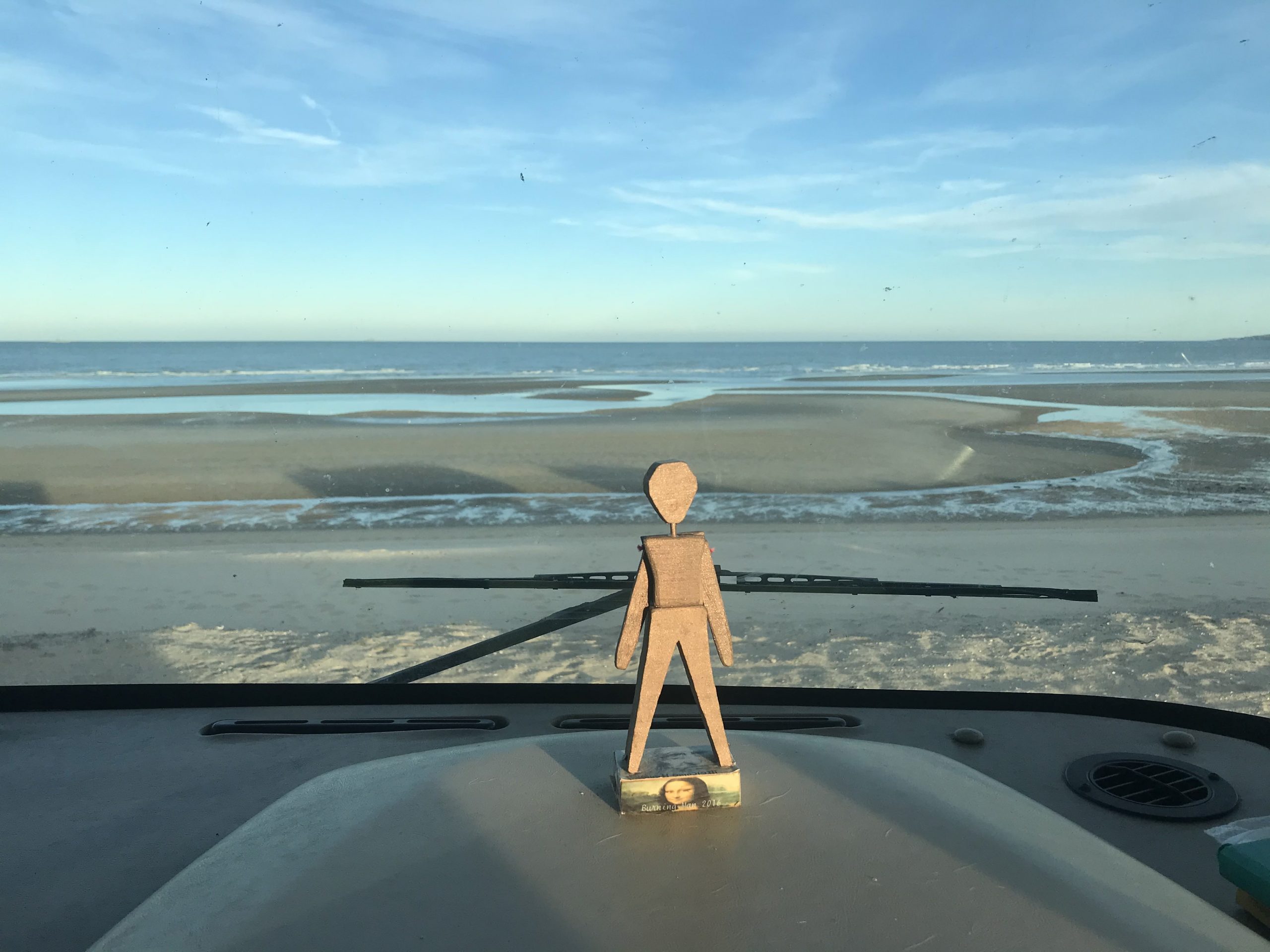 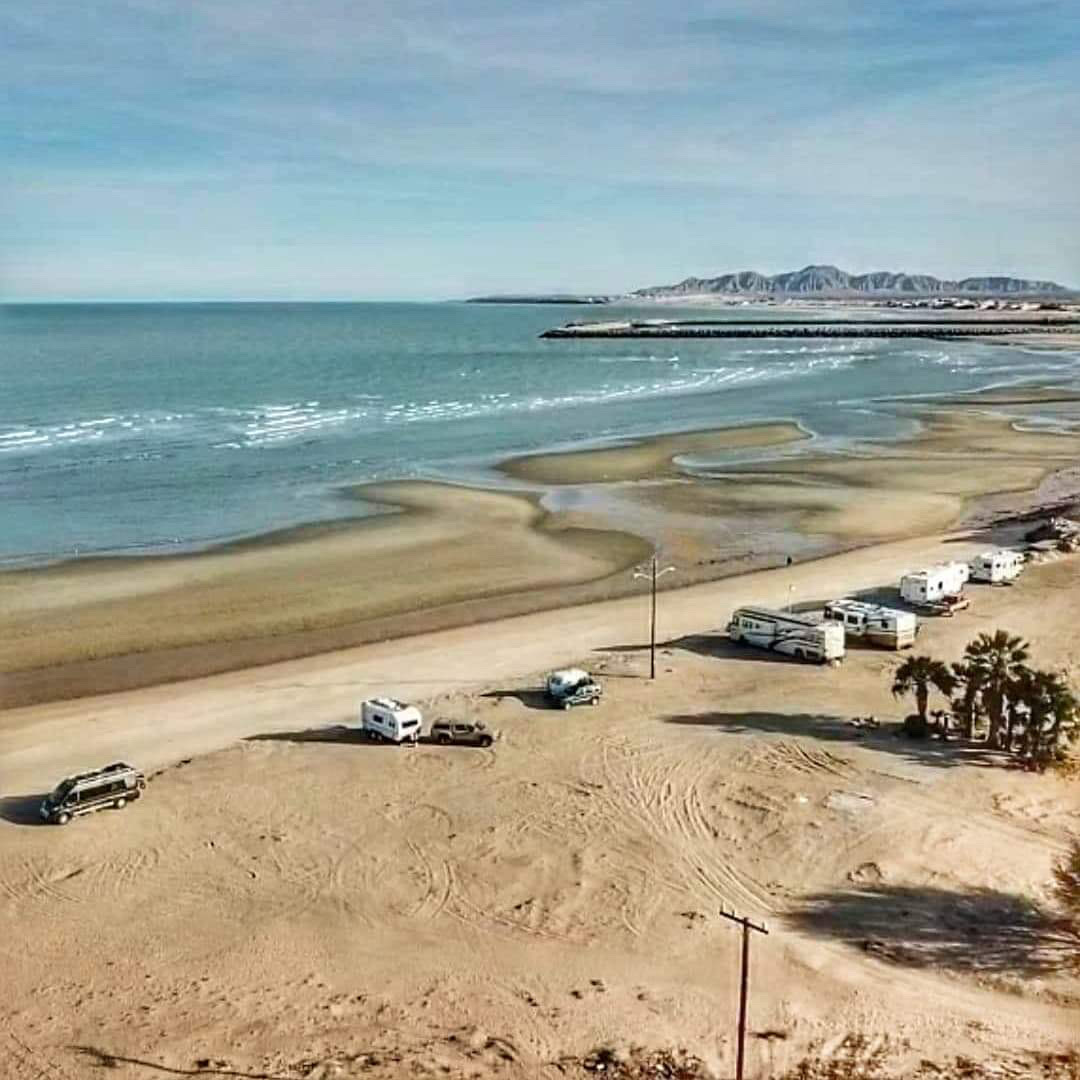 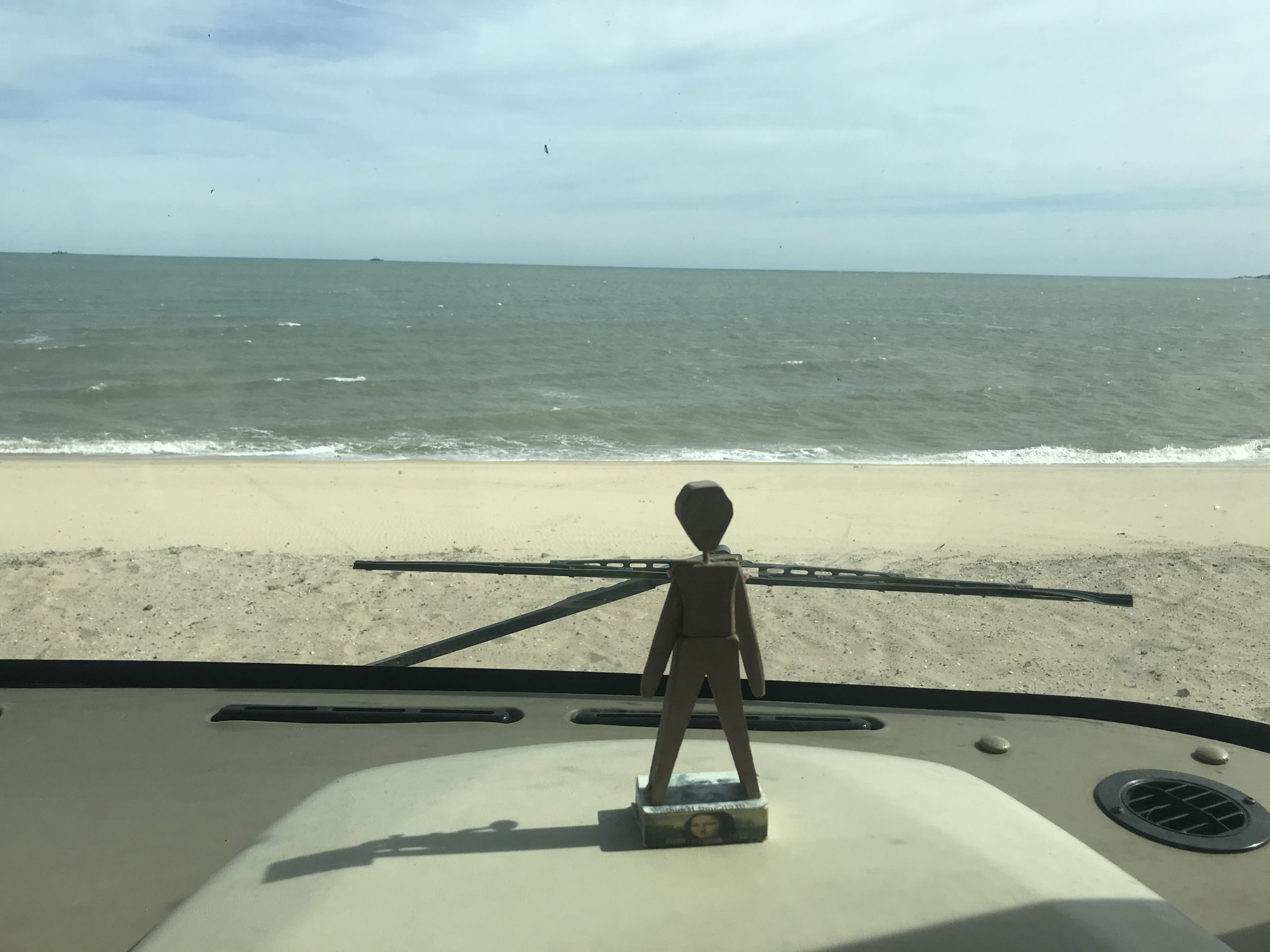 Our last night in San Felipe was Friday, and we all went in a big group to town for dinner. There were about 20 of us who showed up to Baja Mar for dinner and margaritas, then about another 20 showed up from the Chill Peeps group. Later we went to Club Envy, which turned out to be more of a lounge with loud dance music than the night club I’d expected. Overlooking the water, with seating along the large deck, it’s a nice place to spend an evening.